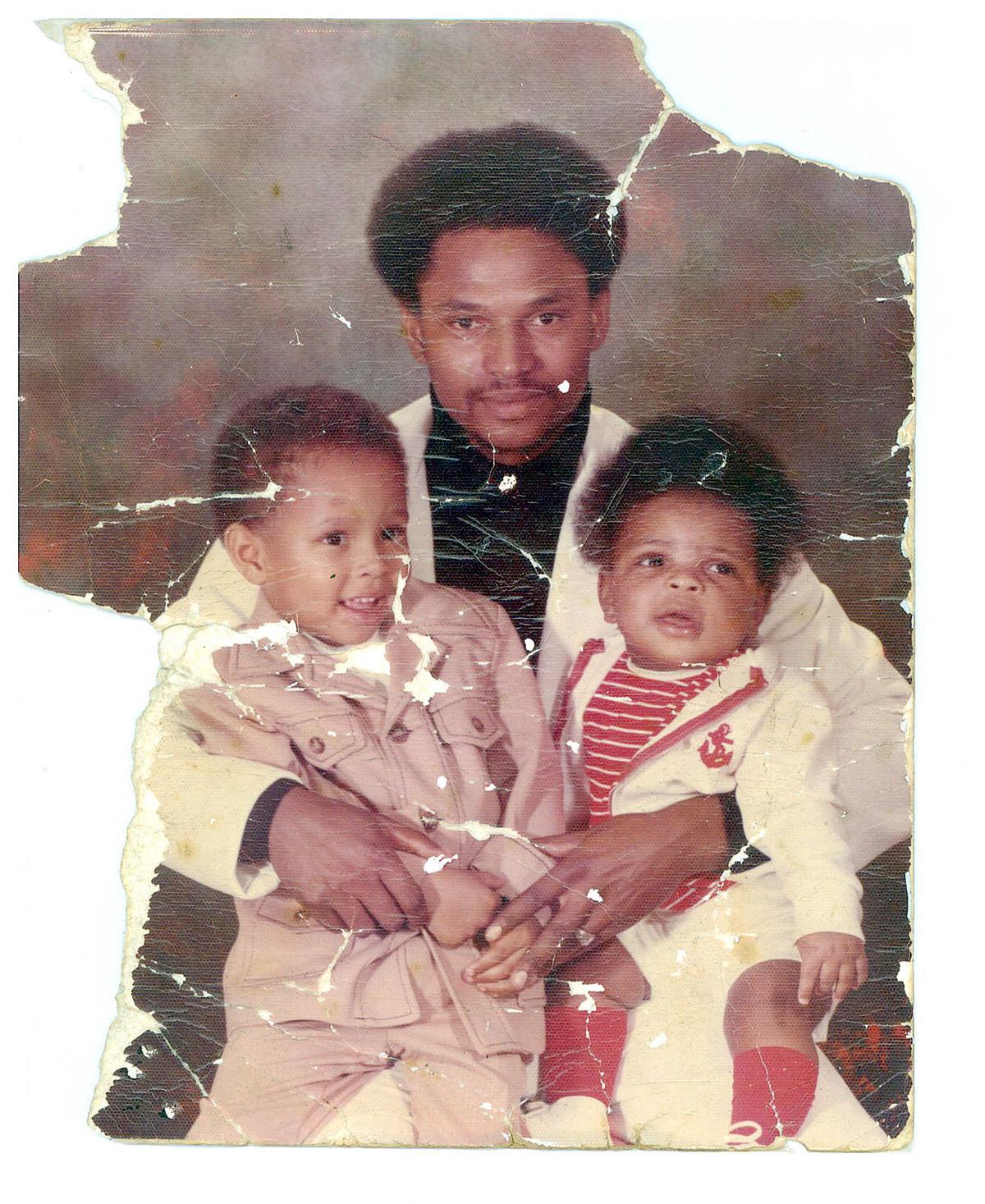 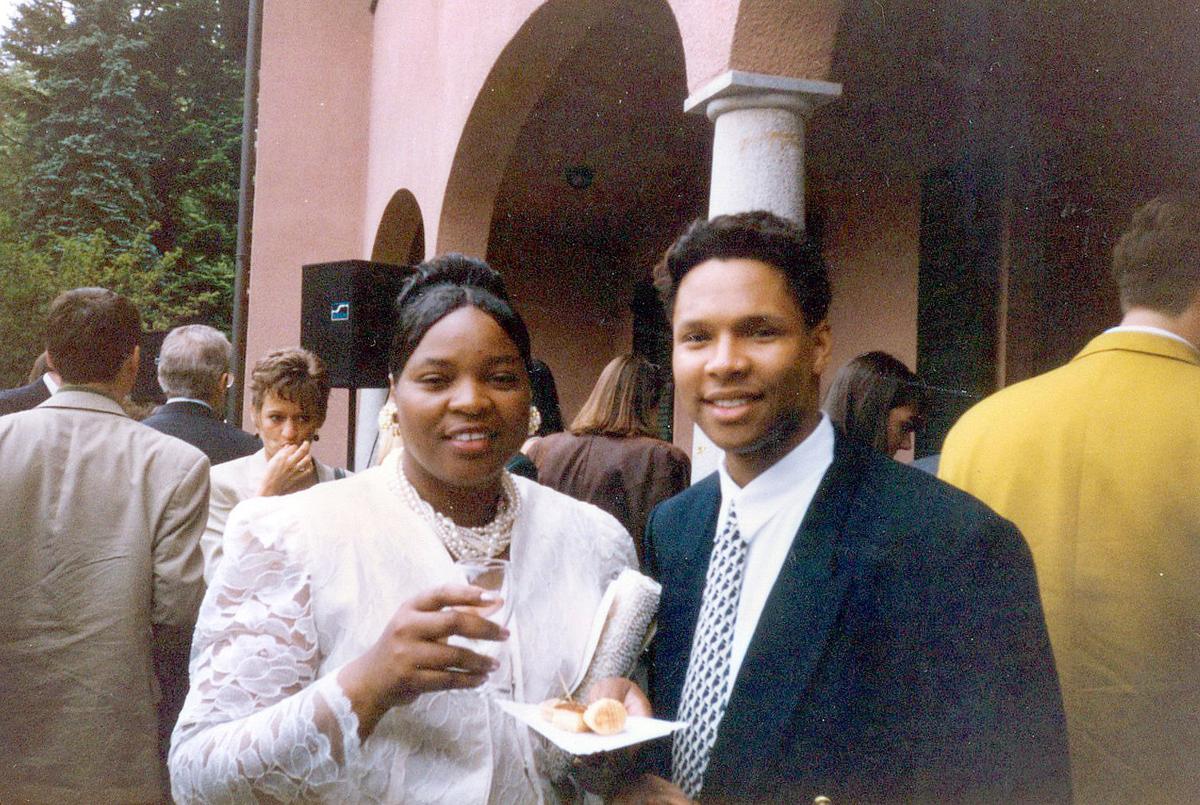 Tom Pegues visits with his mother, Patricia, in Switzerland during his college lyears. He earned a bachelor's degree in international management at Franklin University, Lugano, where he now services on the board of trustees. 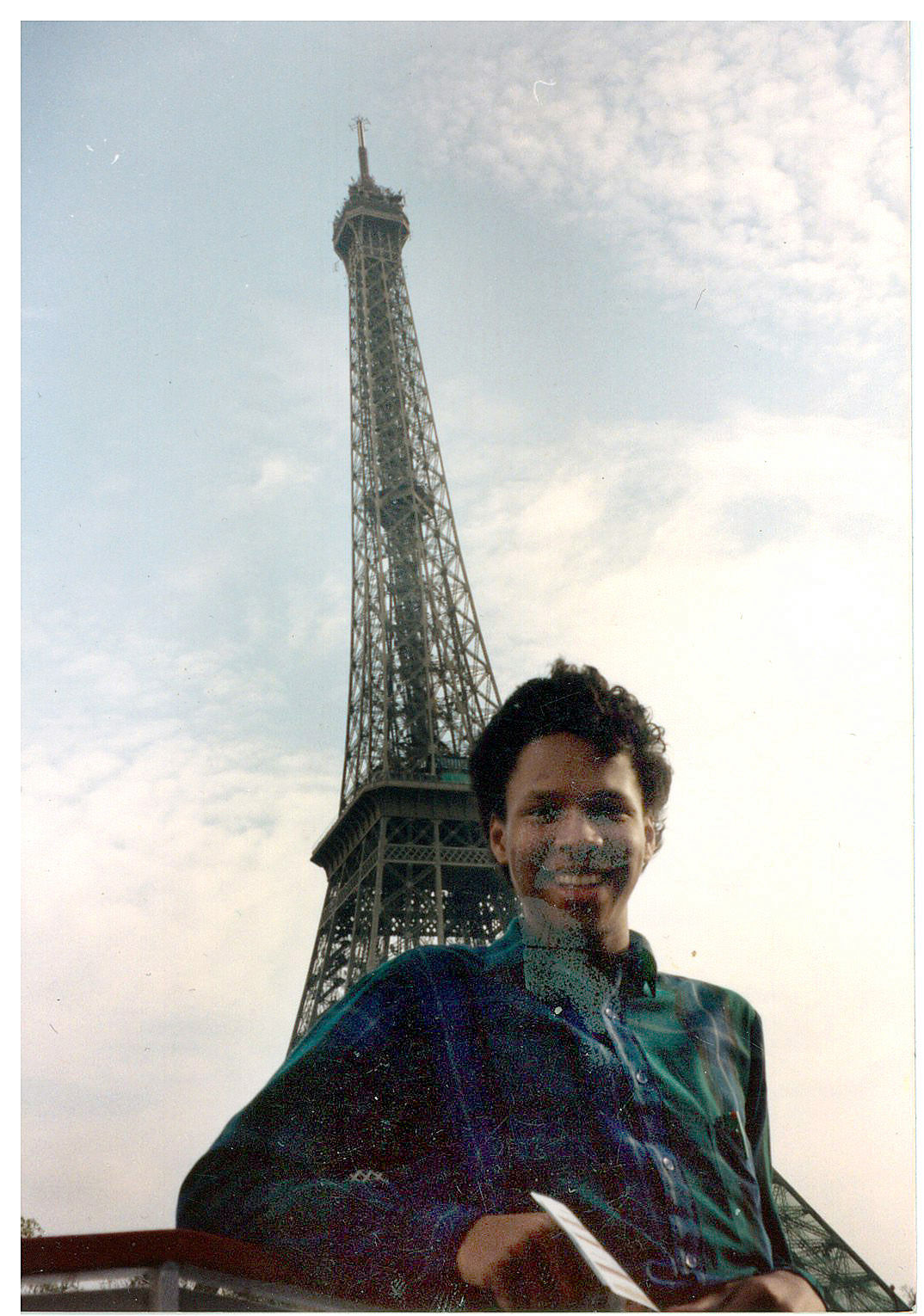 Tom Pegues was inspired to see France and the rest of Europe after seeing a map of Paris on the wall of is high school French classroom in Farrell. He ranked fifth in his graduating class in 1990.

Tom Pegues visits with his mother, Patricia, in Switzerland during his college lyears. He earned a bachelor's degree in international management at Franklin University, Lugano, where he now services on the board of trustees.

Tom Pegues was inspired to see France and the rest of Europe after seeing a map of Paris on the wall of is high school French classroom in Farrell. He ranked fifth in his graduating class in 1990.

Tom L. Pegues didn’t know he’d be a successful businessman and own his own companies when he was growing up in Farrell in the 1970s and ’80s.

When he was washing cars at his father’s business and delivering newspapers on his daily route, the then-11-year-old only knew he was earning some pocket money that his parents taught him to save for his education after he had given some to the church that was at the center of their lives.

It wasn’t until high school that the wider world beckoned the boy who lived with his three younger siblings in the house that his parents, Patricia and Tommie Pegues Sr., provided for them on Roemer Boulevard.

One day in French class, a map of Paris on the wall got Pegues thinking that he’d like to travel to France and maybe study in Europe. Like his parents had already begun to tell him, his favorite teachers in Farrell Area School District told him he could go anywhere he wanted to go by getting an education that would take him there.

Now that he is in business and a frequent international traveler, Pegues would like local youngsters and their parents to know that, like him, “they can do whatever they want to do  if they’re willing to work hard for it.”

That could include giving something back to their hometown, as Pegues said he is planning to do with a real estate investment that’s in the early planning stages with Farrell officials.

“I’ve been asked not to say much about that yet, but it will be significant,” he said.

Pegues was eager to talk about the support he always got from his family and his community and how important that is. That’s what enabled him to build a successful career in business. It’s crucial for families in the economically struggling city to do for their children what his parents did for him, he said.

“Working hard was the message I always got from my parents,” said the member of Farrell High School’s class of 1990. “They always told us that in order to succeed in this world, education comes first. They said if you have a solid education, no one can take that away from you. They said that over and over.”

From an early age, Pegues said, he watched his parents work hard to provide for their children’s future. His father owned Tommie’s Car Wash at the corner of Idaho Street and Indiana Avenue.

His mother baked pies for years for Schuster’s Steak House in Masury. She also worked at Sharon Tube Co. and did the bookkeeping and payroll accounting at the car wash.

Pegues followed a leg of the family’s work ethic to Janie Bromell Ellerbie. His maternal grandmother ran a neighborhood store, sold real estate “and grew all her own vegetables, usually taking me with her into the garden” in Sanford, N.C. The businesswoman, who was also active in the civil rights movement, died when he was four years old.

The example he saw in how his parents and grandmother conducted their lives showed him that he could navigate the world for himself if he worked as diligently as they did.

Teachers Catherine Jankovich at Eckles Elementary and Pamela Fanone, who taught French, and John Perfilio, who taught art, stand out decades after graduation just as they did when they challenged Pegues and encouraged him in class.

“I remember them as strong teachers and good teachers,  Mrs. Jankovich especially,” he said. “I remember being sad when fifth grade was ending and I realized she wouldn’t be my teacher any more.”

Pegues said the examples he saw at home and the instruction he embraced from his teachers and at Greater Mount Zion Church of God in Christ from his pastor, the late Rev. Wilbert G. Hadden, motivated him as he earned his degree in international management. He studied at Franklin University in Switzerland, polishing his French and also learning Italian.

His business skills in insurance and risk management advising Fortune 500 companies enabled him to form his own company, Metropolis Risk Management LLC. He also founded an online company, Go GoodScout LLC, that markets health insurance and donates some of its profits to support medical treatment for poor people in Africa. Pegues and his life partner, New York City real estate developer Donald Capoccia, also support 12 children in an orphanage in Haiti.

Pegues said his definition of “success” isn’t money but working happily in the career he has built and being able to support his family and friends as they have supported him.

“Working hard and supporting each other,” he said, are lessons he learned in Farrell that are as important now as they were when he was growing up.

“I worked at McDonald’s and I learned a lot by doing that,” he said. “I’ve always been a doer, like my dad. One of the best things parents can do for their kids is to let them work and learn to make and save their own money. There’s no better way to build a sense of independence and responsibility than working.”

A steady rain in the evening. Showers continuing late. Low 43F. Winds NW at 5 to 10 mph. Chance of rain 90%. Rainfall around a quarter of an inch.