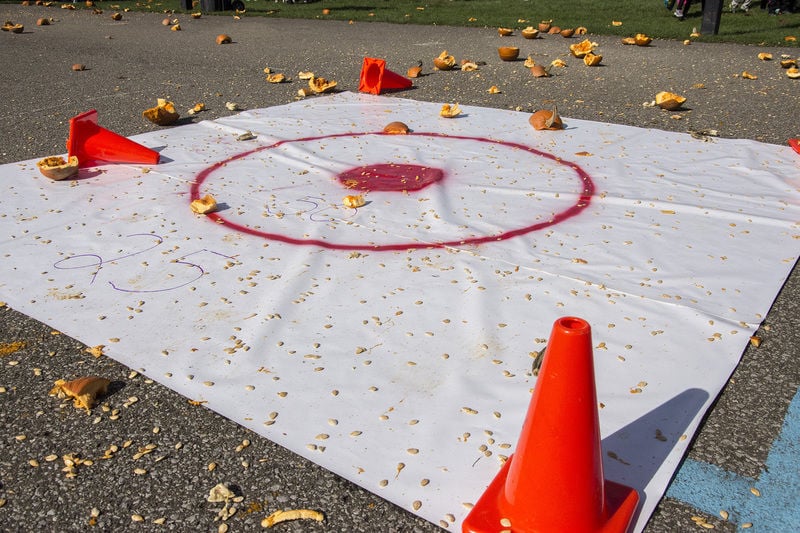 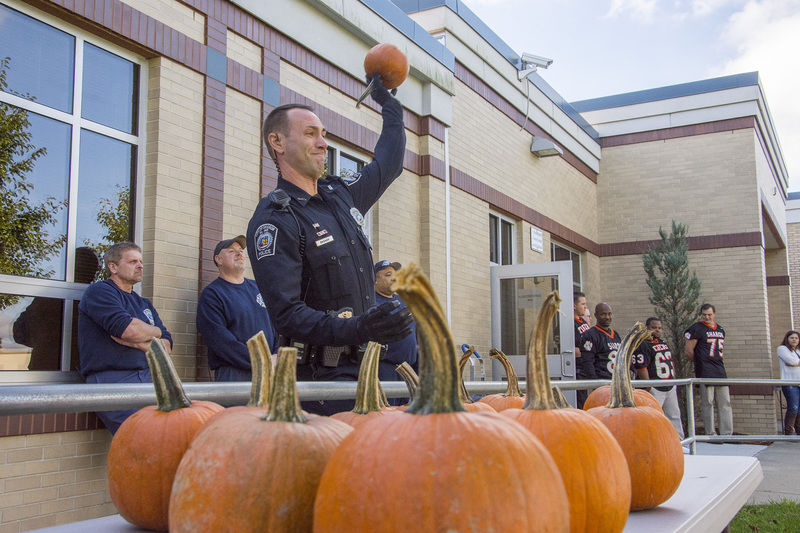 Sharon police patrolman Adam Zazado winds up and aims with his pumpkin during the event Friday.CORY BYKNISH | Herald 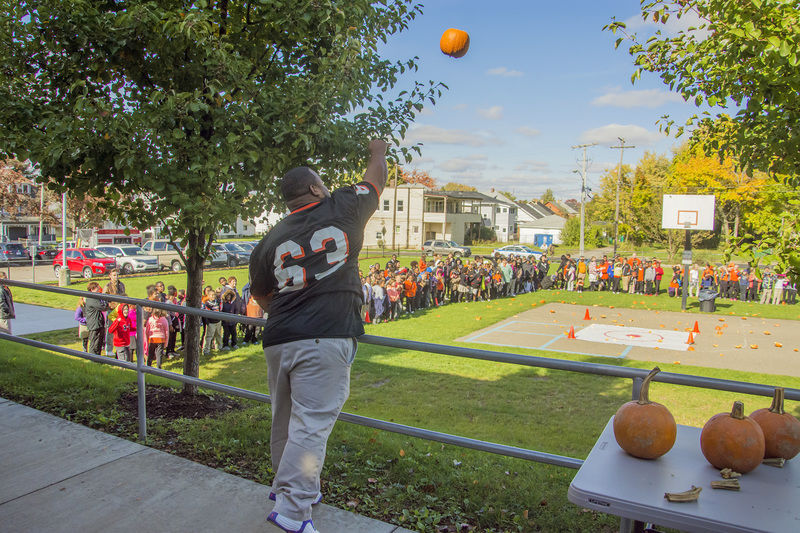 Sharon police patrolman Adam Zazado winds up and aims with his pumpkin during the event Friday.CORY BYKNISH | Herald

SHARON – Musser first-grader Maceo Calloway, 7, was adamant that his principal would single-handedly win the annual Pumpkin Toss on Friday between school staff and Sharon’s first responders.

When asked before the contest if they thought police and firemen or their teachers will win the pumpkin toss, the rest of Mrs. Sangregorio’s class answered, “Mr. DeJulia.”

A teacher on the sidelines commented that it was the perfect day for the competition. And every kid from kindergarten to sixth grade cheered on their school’s team. Even neighbors came out to join in the fun.

And DeJulia, who wore his number 75 football jersey from his days as a Sharon Tiger, did dominate Musser’s win over patrolmen and firefighters with a final score of 700 to 400.

“If Mr. DeJulia wasn’t here we wouldn’t have won,” said one of Sangregorio’s students.

The day appeared to be fun for everyone, with smiles all around as the teams tried to hit a bullseye out in the school’s courtyard.

“It’s a lot of fun for the kids to see their teacher having fun with the police,” Calla said.

Although some teachers threw goards, most threw small pumpkins provided by Heidi’s Flowers and Produce of Hermitage for half price.

“It’s really about the kids getting to know the police and fire department,” said Sharon Police Chief Gerry Smith, who opted out of the game. “The fun comes after this. The kids will be climbing over the police cars and trucks.”

William Q. "Bill" Trabert, 52, of Mercer, died unexpectedly Tuesday, July 7, 2020, in the emergency room of Butler Memorial Hospital. He was 52. Born Oct. 4, 1967, in Grove City, he was a son of William Bagnall and Shirley Trabert. Bill graduated from Grove City High School in 1985 and worke…