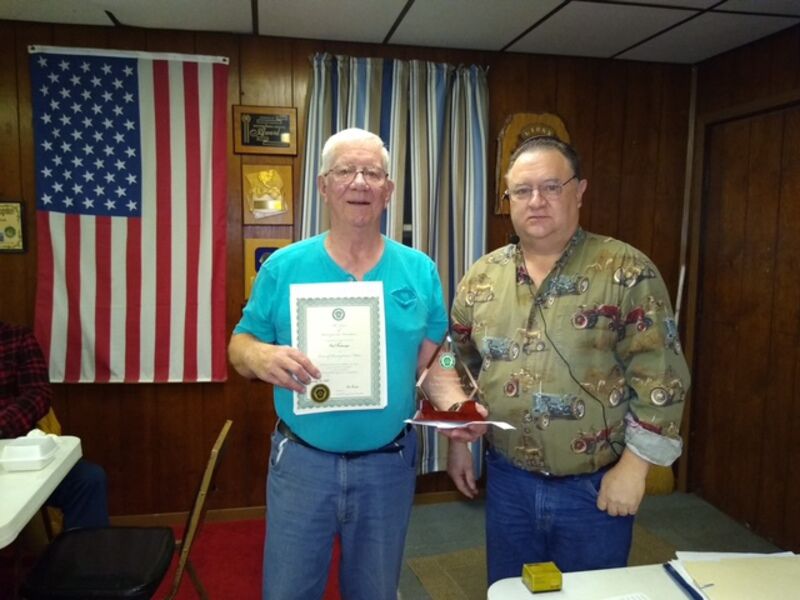 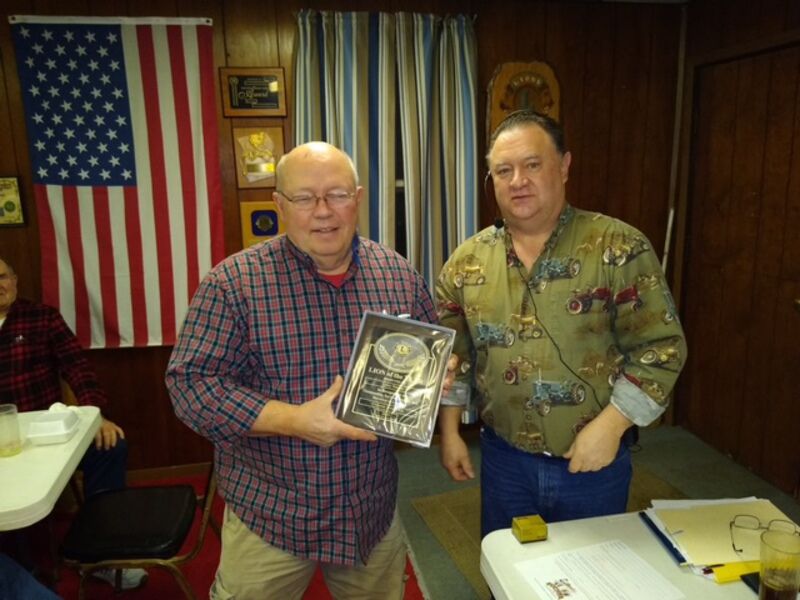 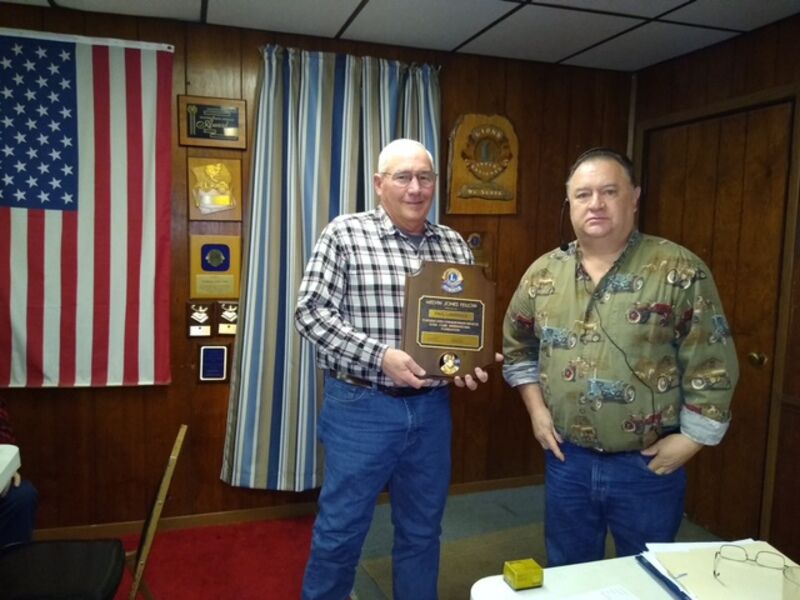 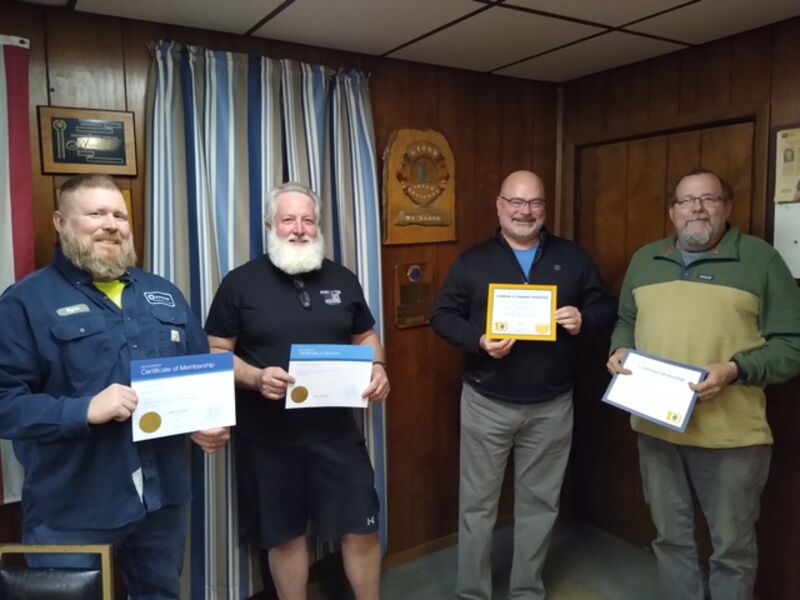 January 2021 witnessed the Fredonia Lions' Club's return to in-person meetings and operating its concession stand at the January and February rodeos at Sundance Arena.

Boy Scout Troop 83 has been providing help at the Lions' concession stand at the arena. The Fredonia Lions extends its sincere appreciation to all the scouts and their leaders from Boy Scout Troop 83.

At the Lions' Club's Feb. 17 meeting, the group recognized some of its members for outstanding achievements during the past year.

• Lion Paul Rodemoyer received the Fellowship of Pennsylvania Lion Award, in recognition of providing financial assistance, social support and other resources for the visually, hearing and physically challenged residents of Pennsylvania. Rodemoyer became a Fredonia Lion in 2014. He served as President in 2018, actively involved with the Highway pick up program, served as purchasing agent for the annual Pancake Day and other special events and has aided in building maintenance and scheduling.

• Lion Lee Sturgin received the Fredonia Lion of the Year award. This award is a local award and is voted on by the club members to recognize Lion or Lions that have personified the "We Serve" motto. Lee joined the Lions in 2003. He has served the club as President, liaison with Stony Point Grange and Treasurer since 2009.

• Lion Jamie Hamilton received the Centennial Membership award, granted to any Lion who has sponsored at least three new members during the Lions Centennial period from 2015-2018, and continue to be active members for at least two consecutive years.

• Paul Lawrence was honored with the Melvin Jones Award, the highest award granted to Lions. Paul has been an active member of the Lions since 2013. He served as President in 2017 and is always present and willing to assist in all club activities.

Other business during the Feb. 17 meeting:

• There will be rodeos on the third Saturday in March and the first Saturdays in April and May. It was also mentioned that there may be other events scheduled at Sundance.

• Pass it on Days will be held May 1, as announced by the Fredonia Borough. The Fredonia Lions will sponsor its annual chicken bar-b-que in conjunction with serving hours 11 a.m. to 1 p.m. Pre-orders are encouraged.

• Work on the memorial benches in Fredonia Park to honor deceased Lions' Club members is progressing and all parties involved have been contacted.

• Highway clean-up will be sometime in April depending on PennDOT's schedule.

Business conducted during the March 3 meeting:

• Mercer Memorial 500 is currently under review by the Memorial 500 committee and a decision will be forthcoming.

• Granted financial assistance to a community member in need of assistance in securing eye glasses and eye care.

• Annual August events of Fredonia Old Home Week, Soap Box Derby and the amusement concessions are being reviewed by the Fredonia Volunteer Fire Company and a decision will be forthcoming.

• Heard report regarding the first ever Joel McDowell Memorial Euchre Tournament. Tournament benefits will go to the Boy Scouts and Pink Angels. The tournament honors Joel, who was an active member of Fredonia Lions for more than 20 years and was an outstanding Scout advocate. Plans another event next year are underway.

• Induction of new Lions by King Lion Bruce Armour were Scott Spragale, sponsored by Lion Jamie Hamilton, and Ryan Struthers, sponsored by Lion Charlie Sykes. Armour administered the Lions oath and awarded Lions pins to the new Lions and instructed sponsors with the responsibility to provide leadership, orientation to Lions activities and overall guidance in Lions' ways to sponsors.

The Fredonia Lions meet every first and third Wednesday at the Lions Den in Fredonia. New members are welcome. If interested in becoming a member, contact any Lions member or call Gary, 724-475-2881 or Tom, 724-456-0280 for information.