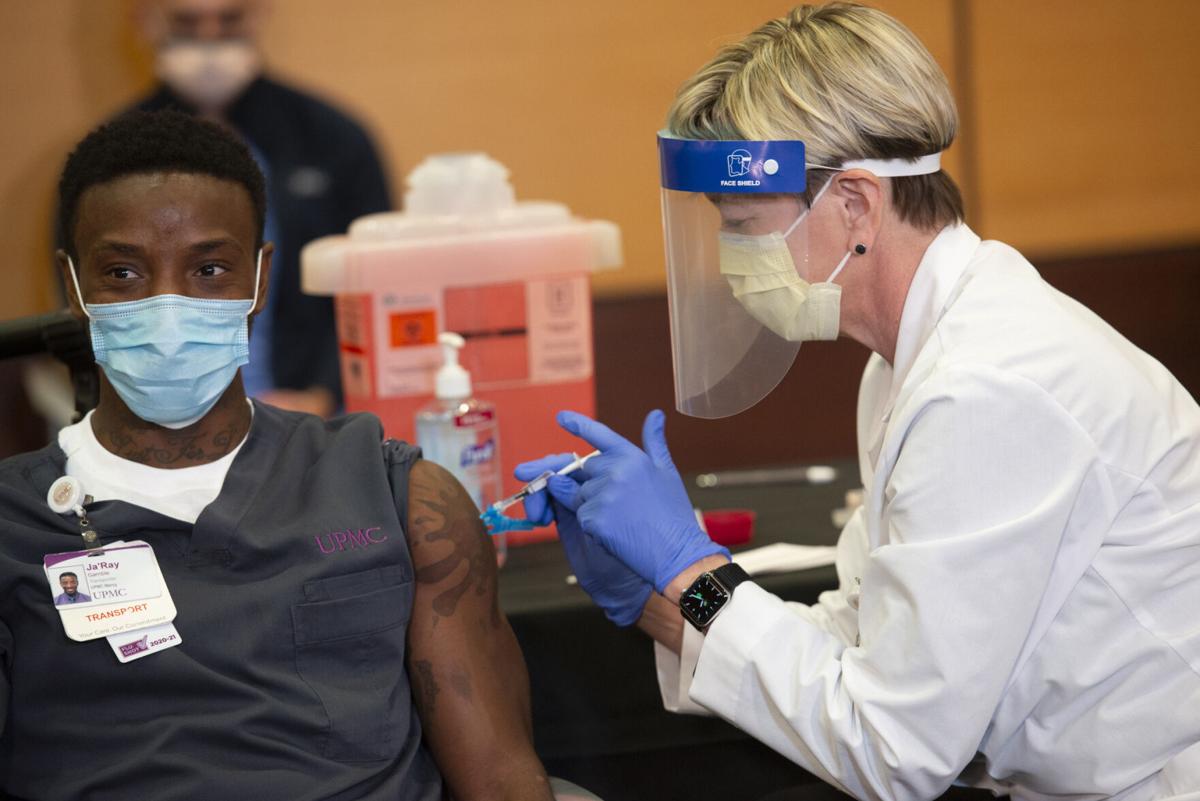 Contributed Transporter Ja’Ray Gamble, left, receives a dose of the Pfizer COVID-19 vaccine from Chief Quality Officer Tami Minnier, right, on Dec. 14, 2020 at the University of Pittsburgh Medical Center in Pittsburgh, where he was among the first frontline employees with UPMC to receive the vaccine. 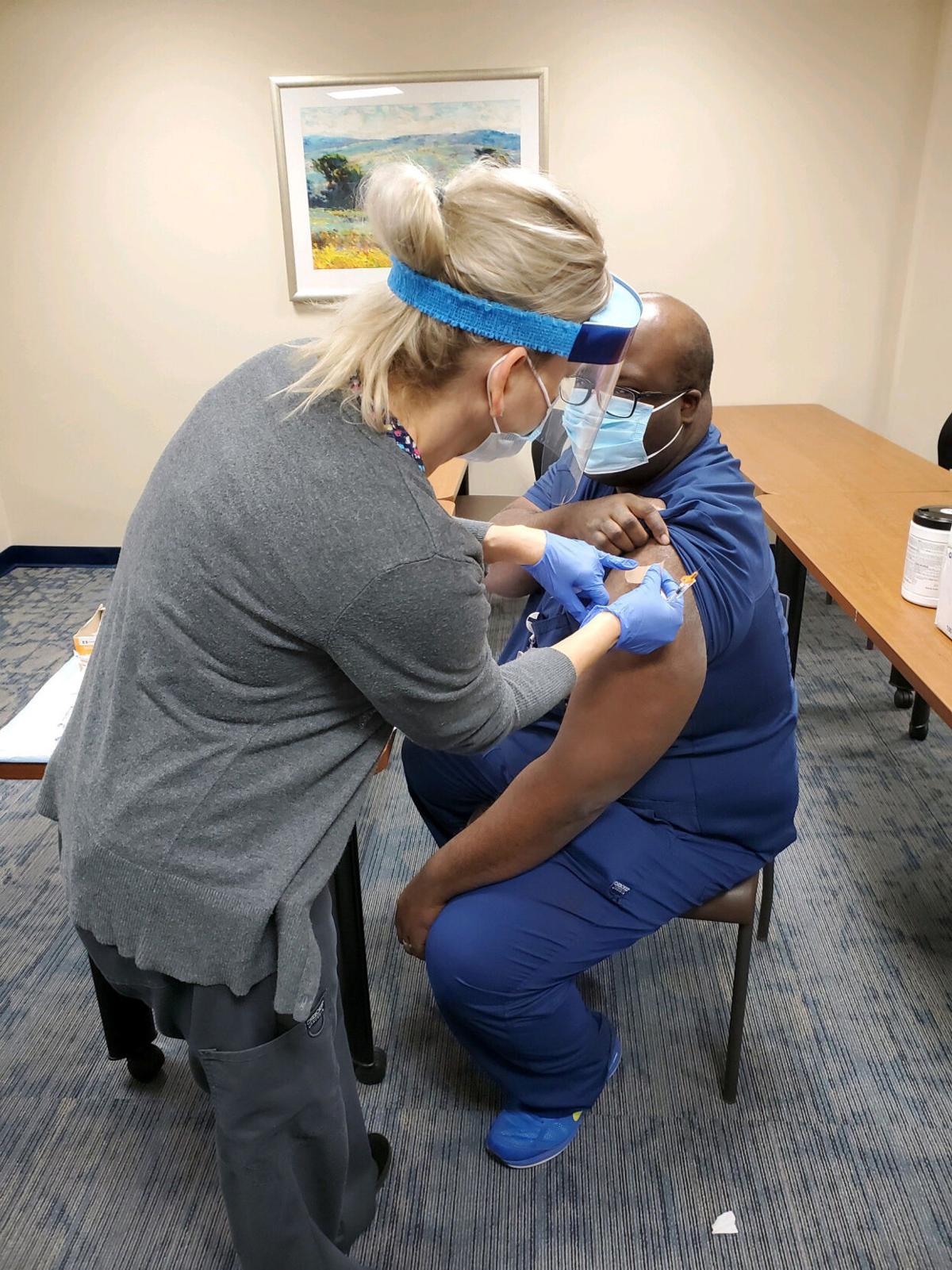 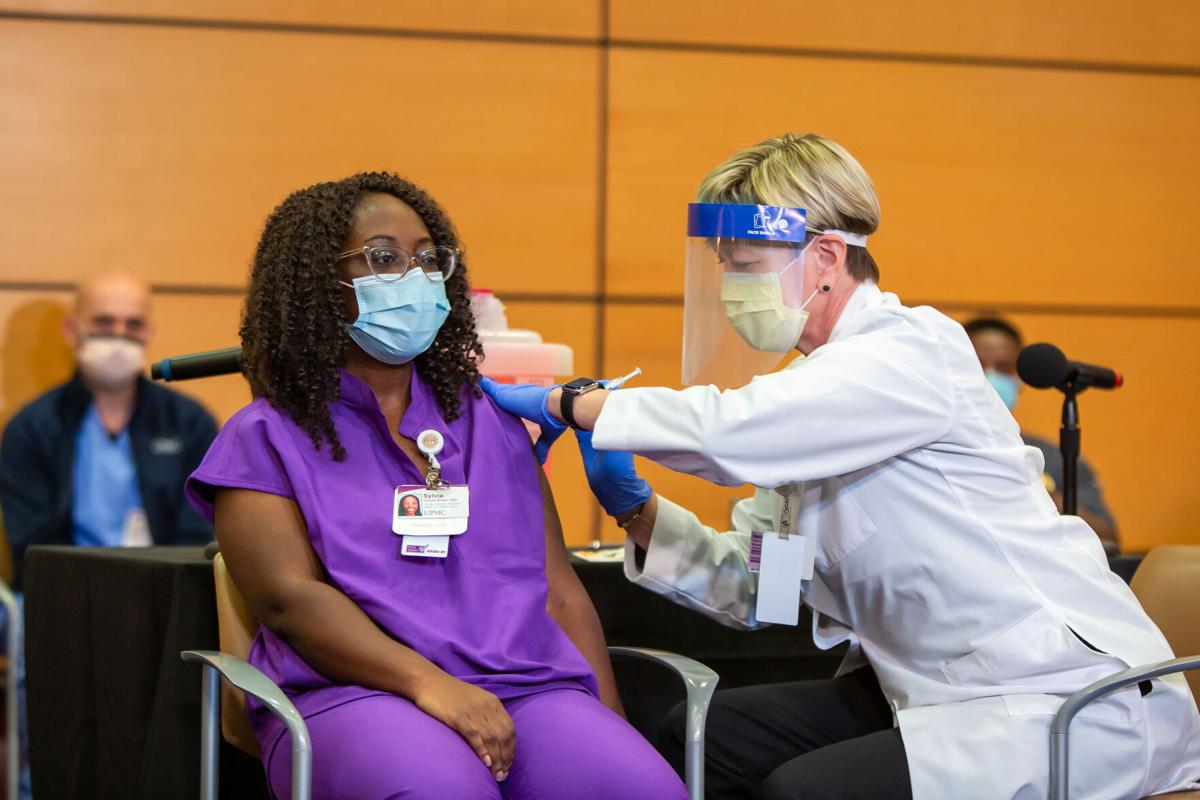 Contributed Faculty Clinician Physician Dr. Sylvia Owusu Ansah receives a dose of the Pfizer COVID-19 vaccine from Chief Quality Officer Tami Minnier, right, on Dec. 14, 2020, at the University of Pittsburgh Medical Center in Pittsburgh, where Ansah was among the first frontline employees with UPMC to receive the vaccine. 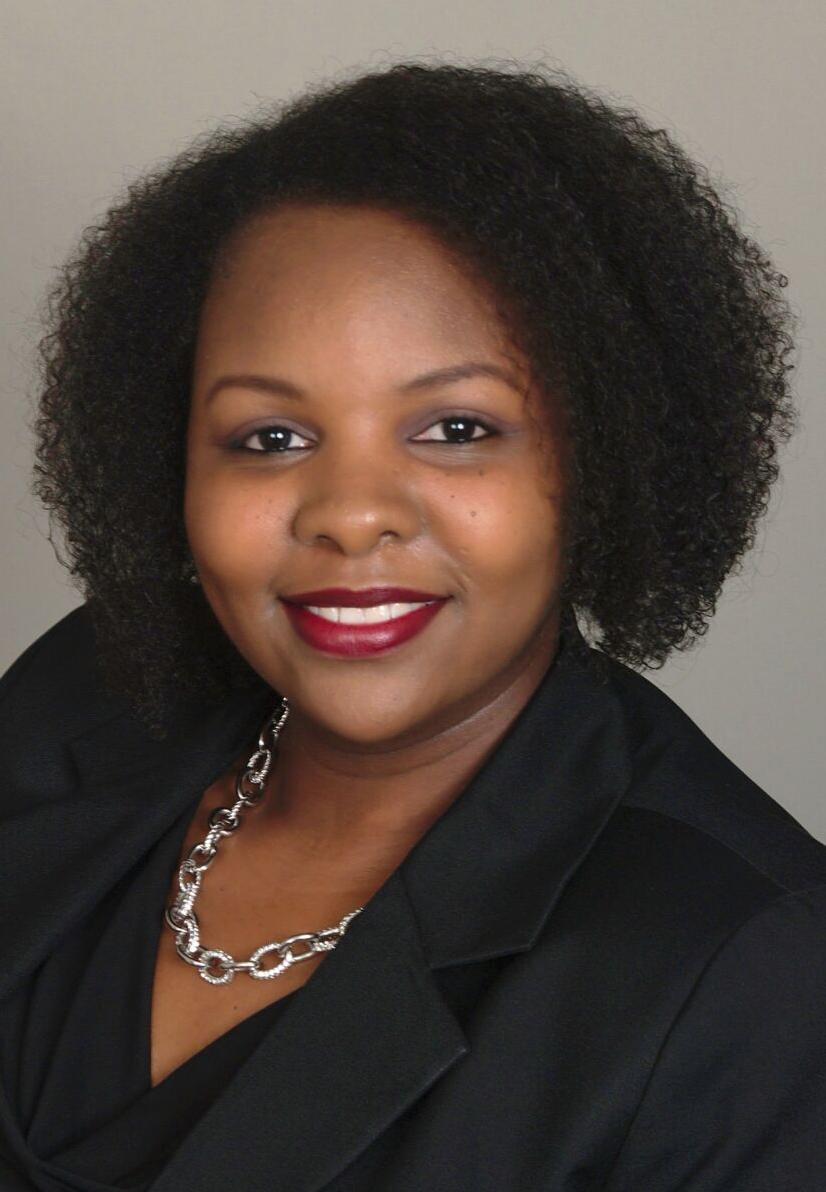 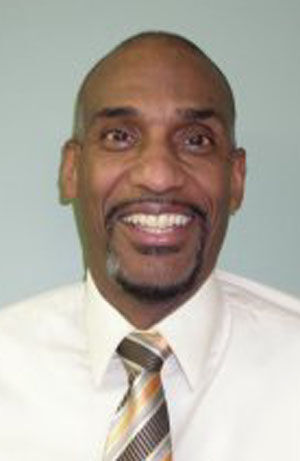 When Farrell resident Michael Wright and his wife went to Sharon Regional Medical Center a couple of weeks ago for the COVID-19 vaccination, he noticed many other senior citizens who were likewise waiting to receive the shot.

But he noticed something else during his visit: He and his wife were the only Black people in the group waiting for a second dose of the vaccine.

Wright, 67, said that might have been a matter of timing, but studies from around the nation indicate that Black Americans are less likely to receive vaccinations than their white counterparts.

A KHN analysis found that about 3% of Americans received at least one dose of a COVID-19 vaccine as of Jan. 27. However, in 16 states that released vaccination data by race, white residents were shown to be vaccinated at higher rates than Black residents, sometimes two to three times higher.

In Pennsylvania, 1.2% of white residents were vaccinated as of Jan. 14, compared to only 0.3% of Black Pennsylvanians. This, even though federal statistics indicate that Black Americans are more likely to contract and die from COVID-19 than are white people.

The U.S. Centers for Disease Control and Prevention reports that Black, Hispanic and Native Americans are dying from COVID-19 at almost three times the rate of white Americans. Non-Hispanic Black and Asian health care workers are also more likely to contract COVID-19 and die from it than white workers.

Events of the past year— including Black Lives Matter protests — in general brought more attention to the difficulties Black people face in society, including in healthcare field. Houston said the COVID-19 pandemic has helped to highlight some of those disparities, particularly with the vaccine rollout.

With the vaccine rollout already slowed for everyone, the vaccines that are being distributed may be directed toward ZIP codes or areas that are more affluent than Black communities, she said.

Aside from those limited numbers of vaccine doses already being made available, Houston said some people may not be able to get somewhere where they can get vaccinated, such as a hospital. Smaller clinics set up throughout the community such as local churches or even the Urban League's offices in Farrell could help with accessibility, Houston said.

Another factor is information. Houston said much of the information on distribution of COVID-19 vaccines — including locations, times and opportunities to register for clinics — is shared via the Internet, which can be troublesome for people without Internet access at home and senior citizens without computer savvy.

A further obstacle is that places of congregation, including churches and barber shops, have been closed or had their operations restricted by the pandemic.

"A lot of senior citizens get their information from these places," she said.

Mistrust in the medical system could also play a factor as fewer Black people line up to get the vaccine.

Phil King — a public relations spokesperson for the WWC: The Voice, a group that organized local protests last year after a white police officer in Minneapolis killed George Floyd, a Black man — said one of the major factors for Black people not just in Mercer County, but across the nation, was the well-known examples of Black people being exploited in unethical medical experiments.

The most well known, he said, is the Tuskegee experiments, where Black men were unknowingly used to test the effects of syphilis and denied treatment for the disease, from 1932 to 1972. King said there are many other examples of unethical experiments.

Dr. James Marion Sims experimented on enslaved women and children for gynecological research during the 19th Century. More recently, in the 1960s and 1970s, neurosurgeon Dr. Orlando Andy, reportedly performed lobotomies on Black boys, who had been labeled as "troubled," King said.

In the book "Medical Apartheid: The Dark History of Medical Experimentation on Black Americans from Colonial Times to the Present," journalist and bioethicist Harriet Washington outlines the history of unethical treatment of Black people dating back to the ships that brought enslaved people to this country.

With the onset of the COVID-19 pandemic and the relatively quick turnaround of the various vaccines, King said the situation may seem all too familiar for some Black people.

"We just have too many examples of faulty medical practices and being treated like guinea pigs in our history," King said. "These aren't conspiracy theories, these are real people and instances that can be looked up."

Wright, who retired as president of the Shenango Valley Urban League, now serves on the Buhl Regional Health Foundation's COVID-19 task force, which gave him some insight into the vaccine and the research being made available by the CDC.

While this information made him comfortable in deciding to receive the vaccine, Wright said he understands many people may not have access to that same information, and that his own day-to-day interactions with friends reveal a 50/50 split between people opting to get vaccinated and people giving the vaccine a pass.

One potential solution would be for volunteers going door-to-door with a collection of information for vaccination centers and the vaccine itself, Wright said.

"There's no one place where people can get really concrete info on the COVID vaccine, especially if they don't have the Internet or get the newspaper," Wright said.

King said he's still uncertain whether he'll take the vaccine. However, his mother said she's considering getting the shot, which he said could encourage him to take it as well.

King said it can be challenging when deciding to have his own children vaccinated against COVID-19 for their safety while comparing the present to past cases of medical malpractice against Black children.

"It's like you're trying to pick the best of a bad situation, but you don't know which one that is," he said.

While it may take time to overcome some of that distrust toward the vaccine, Wright said one option could be for African Americans who have received the vaccine to share their personal experiences with fellow Black people.

Wright said the worst side effect he experienced from the vaccine was a sore arm. He thinks that, if people who receive the vaccine are willing to share their stories, either through forums at locations such as churches or online meetings on platforms like Facebook, it would help show the vaccine is safe, Wright said.

"That first-hand testimony would be the best way," Wright said.