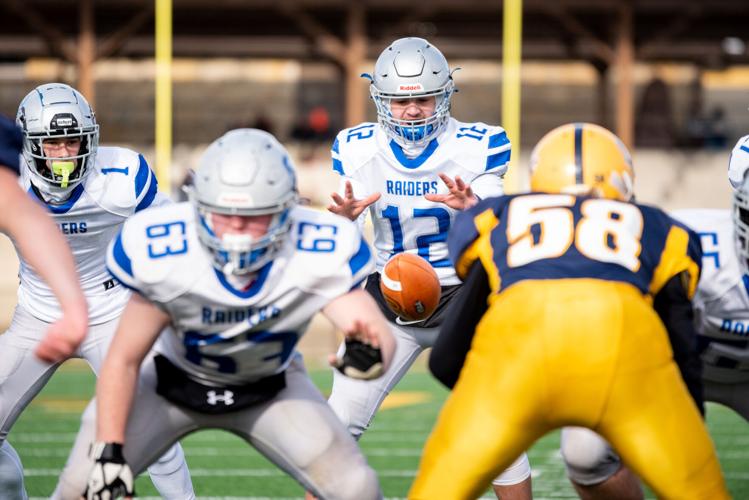 Reynolds’ Brayden McCloskey (12) takes a snap against Eisenhower during the District 10 1A championship game Saturday at Carter Field in Titusville. 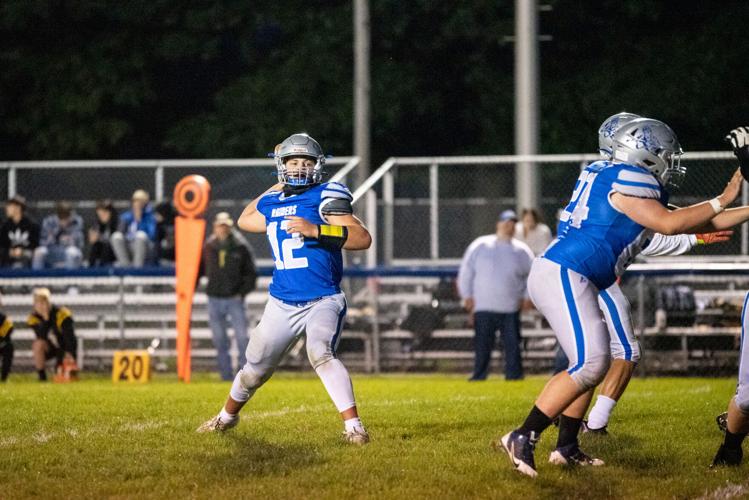 Reynolds quarterback Brayden McCloskey throws a pass against Maplewood. During a game in Transfer on Sept. 23.

Reynolds’ Brayden McCloskey (12) takes a snap against Eisenhower during the District 10 1A championship game Saturday at Carter Field in Titusville.

Reynolds quarterback Brayden McCloskey throws a pass against Maplewood. During a game in Transfer on Sept. 23.

Brayden McCloskey spent time on the field on Saturday following the Reynolds football team’s 28-14 win over Eisenhower in the District 10 Class 1A title. He took photos with the trophy, jump in for photos with teammates and met with his family and friends.

The title was Reynolds’ third straight district championship. But the last two were a little different for McCloskey.

“My sophomore year, I was out on the field but it was a Cole Toy-led team, a (Aidan) Mull-led team, all those big guys their senior year,” McCloskey said. “But it’s an incredible feeling getting three in a row. Keep the legacy going in Reynolds football.”

McCloskey worked on rounding out his game during the offseason. His footwork, passing, everything was on the table to be improved before the kickoff of the 2022 season.

That worked paid off since the Raiders took the field in Week 1. McCloskey has completed 78-of-144 passes this season. He’s thrown for 1,669 yards with 15 touchdowns and 11 interceptions. He completed 66 passes last season for 1,057 yards and 12 scores.

“I worked a lot (with teammates). Worked a lot in the summer to get the connection down,” McCloskey said.

The passing attack has balanced the Raiders’ offense. McCloskey’s passing provided a counter to the dynamic rushing attack from Jalen Wagner.

McCloskey said his passing complimented Wagner. But the Reynolds star running back had a different perspective.

“We can’t run the ball if we can’t pass it,” Wagner said. “It’s just great that we’ve been able to pass it a lot better this year. Gives me more room to run. Just love to see it.”

However the biggest change in McCloskey’s game manifested in the trust Reynolds head coach Josh Mull showed at the start of the season. He turned the play-calling responsibilities over to his senior quarterback, who handles everything at the line of scrimmage.

“We give him the situation and tell him what we as the coaching staff are looking for,” Mull said. “He’ calls the play at the line of scrimmage 95 percent of the time.”

The Raiders’ quarterback impacts the game with his arm and his legs. The improved passing game has also made McCloskey a more efficient runner.

Last season, he ran for 290 yards and one touchdown on 87 carries. This season, he’s only run the ball 67 times but accounted for 372 yards and eight scores.

The Reynolds offense will be tested when they face Port Allegany on Friday night in Bradford. The Gators won the District 9 title and feature a strong secondary.

Reynolds already passed one tough test in its win over Eisenhower on Saturday in the District 10 championship. McCloskey said that was the level of talent the Raiders will see the rest of the way.

Like a true senior quarterback, he added that a win against Port Allegany begins with preparation during the week.

“Every team’s good now. Every team’s really good now,” McCloskey said. “They’re all district champs, but we want to win each week, so we go to prepare each week.”