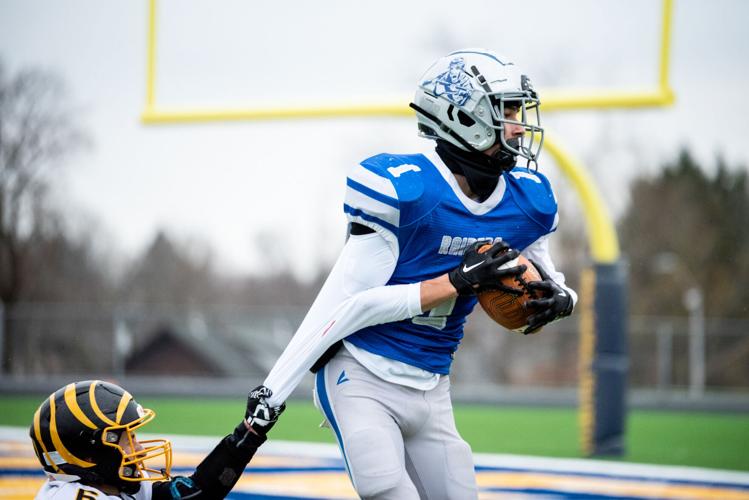 Reynolds’ Haydin McLaughlin runs for the end zone after catching a pass as Maplewood’s Derek Shaw rips McLaughlin’s sleeve off during Saturday’s District 10 Class 1A semifinal game at the Pegues Sports Complex in Farrell. 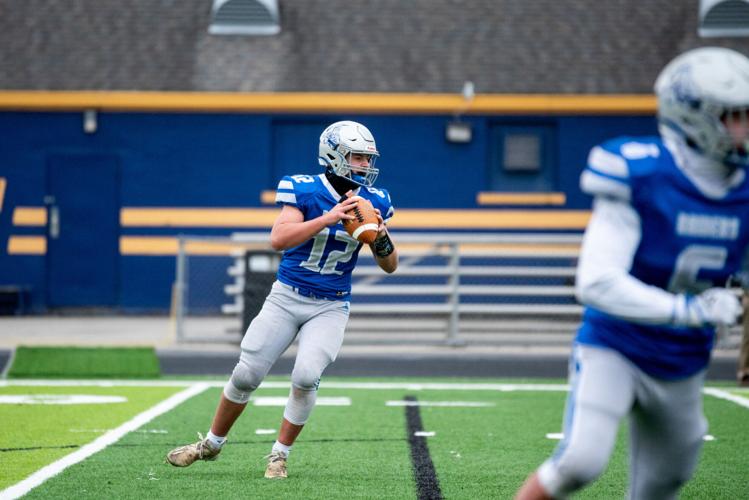 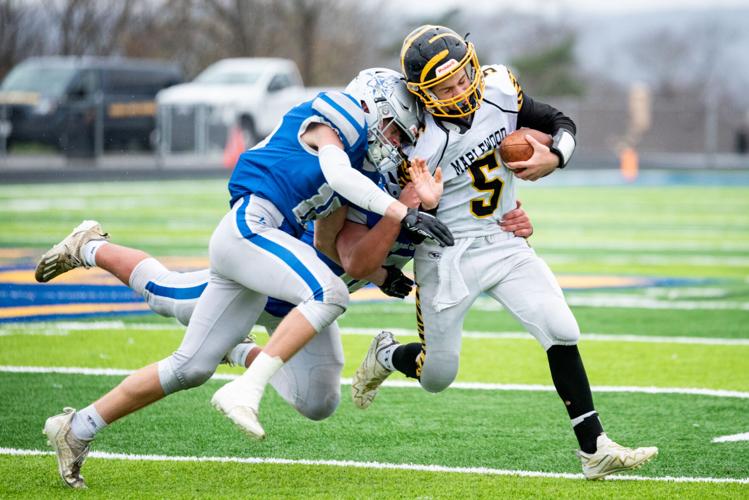 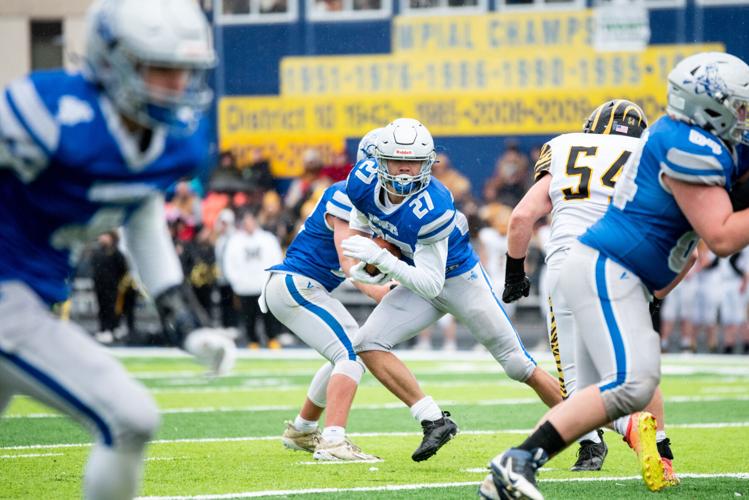 Reynolds’ Jalen Wagner carries the ball against Maplewood during the District 10 1A semifinal on Saturday at the Pegues Sports Complex in Farrell.

Reynolds’ Haydin McLaughlin runs for the end zone after catching a pass as Maplewood’s Derek Shaw rips McLaughlin’s sleeve off during Saturday’s District 10 Class 1A semifinal game at the Pegues Sports Complex in Farrell.

Reynolds’ Jalen Wagner carries the ball against Maplewood during the District 10 1A semifinal on Saturday at the Pegues Sports Complex in Farrell.

FARRELL – Jalen Wagner normally shoulders the Reynolds offense. However, it was Haydin McLaughlin that did the heavy lifting early for the Raiders on Saturday afternoon.

McLaughlin scored three touchdowns in the Raiders’ 44-6 win over Maplewood in a District 10 Class 1A semifinal at the Pegues Sports Complex in Farrell.

McLaughlin had two rushing touchdowns and a receiving touchdown in the first half. The senior finished with 122 yards of total offense on four touches. He carried the ball twice for 46 yards and caught a pair of passes for 76 yards.

“I didn’t play the last two weeks. I had a concussion,” McLaughlin said. “It just felt good to be back on the field. Every time I got the chance, I just tried to make a play.”

Wagner still got his numbers. He finished with 173 yards rushing with three touchdowns on 15 carries. His numbers could have been better, but a couple penalties negated long runs.

Brayden McCloskey finished 5-for-9 passing with 139 yards, one touchdown and an interception. Tino Gentile caught two passes for 57 yards and Kevyn Maigien caught a 3-yard pass.

Ben Giliberto was the only Tiger to do any damage on Saturday. He amassed 238 yards rushing with a touchdown on 33 carries. The Tigers totaled 254 yards of total offense.

The Raiders (10-1) got on the board on the first play of the game. McLaughlin took a 58-yard jet sweep off the left side and bounced toward the sideline for the first score.

After forcing a punt, the Raiders struck again after Wagner broke a 58-yard run of his own for a 15-0 lead with 9:17 to play in the first quarter.

McLaughlin added his second rushing touchdown early in the second quarter. The Raiders went back to the jet sweep with McLaughlin, who scored from 8 yards out. A 2-point pass from Brayden McCloskey to Wagner made it 23-0 Reynolds.

The Tigers (5-7) got on the board with a 45-yard run off the right side by Giliberto. But that was all the offense the Tigers could generate. They never ran a play inside of the Raiders’ 25-yard line.

Reynolds ended the first-half scoring with a 34-yard touchdown pass from Brayden McCloskey to McLaughlin down the right sideline. McLaughlin beat the defender, who grabbed ahold of his sleeve. The Raider spun around and fought his way into the end zone with 53 seconds left in the half.

“I just kinda threw him off me, I guess,” McLaughlin said. “I was just trying to get into the end zone.”

After the Tigers failed to capitalize on a 14-play drive to start the half, the Raiders struck again with Wagner. He found some room on the left side of the line for a 12-yard touchdown run – his second of the game.

Wagner put the finishing touches on the scoring with a 13-yard run to force the running clock with 6:30 to play.

The Raiders will play Eisenhower in the District 10 final. Eisenhower beat Cambridge Springs on Saturday 25-20. The Raiders bested Ike in the district semifinals last season.

“Playing a team like Eisenhower, who definitely wants nothing more than to beat a Reynolds team, that’s what playoff football is about,” Reynolds head coach Josh Mull said.