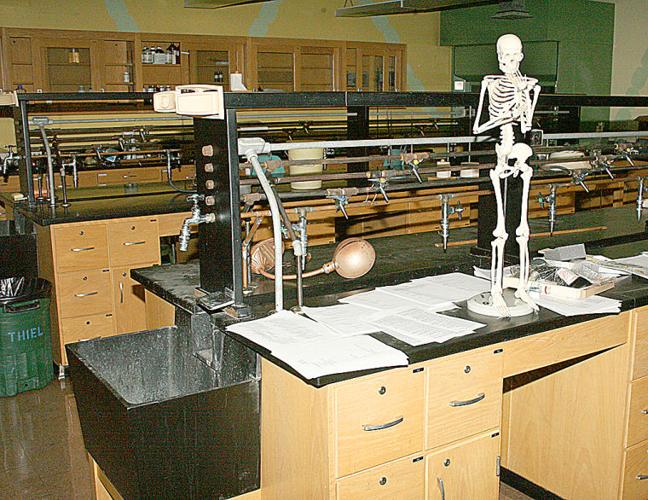 This Thiel classroom lab will be renovated to house a neuroscience program at the college. 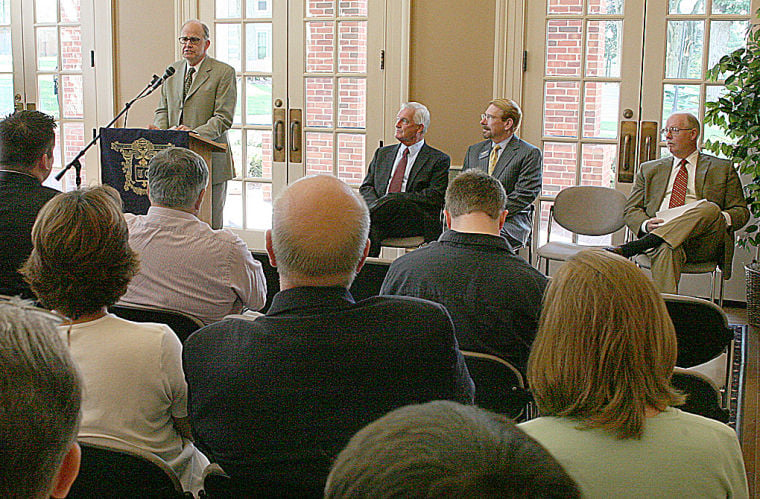 This Thiel classroom lab will be renovated to house a neuroscience program at the college.

A little brainstorming has resulted in a brain center for Greenville. Thiel College, UPMC Horizon and FHC Inc. announced Tuesday the creation of a $5 million brain clinic which will be based in Greenville. Thiel was awarded a $916,000 state grant which will be used to renovate a laboratory to house an academic program in neuroscience at the college. “This is the largest grant ever received by Thiel College in its history,’’ said Lance Masters, Thiel’s president and chief executive officer. “This is a big, big deal for Greenville and the region.’’ Renovations at Thiel could be completed as early as January. The college already offers most of the courses which will be needed to begin the program. The brain center, to be called Greenville Neuromodulation Clinic, will be based in downtown Greenville and will be operated by FHC. Surgeries and other medical procedures for the clinic will be conducted at Horizon. Up to 30 jobs are initially expected to be created at the clinic. “This is a program that develops the support that I look for,’’ said state Sen. Bob Robbins of Salem Township, R-50th District. In announcing the state grant at a news conference at Thiel, Robbins said this project is a combination of public and private resources. “This is not only going to impact Greenville, but western Pennsylvania and eastern Ohio.” Headquartered in Bowdoin, Maine, about 30 miles north of Portland, FHC already has a small office on Main Street in Greenville and recently bought the Packard building across the street which would serve as a base for the clinic. Between 75 and 80 percent of the $5 million will be paid for by FHC, said Fred Haer, the company’s president and chief executive officer. Surgeries are expected to begin in September and will cost in the $40,000 to $50,000 range. “That’s pretty cheap these days,’’ Haer said. He added that in the first year, 20 to 40 patients will be treated at the clinic. At its heart, the clinic will focus on relieving the often debilitating symptoms of patients suffering from movement disorders. Currently, FHC is focused on Parkinson’s disease. It recently received clearance from the U.S. Food and Drug Administration and its counterpart in the European Union to use the microTargeting Platform system, a device developed by Medtronic Inc., the huge cardiac pacemaker manufacturer. This patented product has the potential to reduce the long surgical procedure as well as improve patient comfort and outcome. A 1965 Thiel graduate and Warren, Pa., native, Haer said he wanted to bring the project back to Greenville. About 400 hospitals worldwide perform such brain procedures, with nearly all of them located in major cities. “We want to offer people a more relaxed environment than what you would find in a big city,’’ Haer said. With an estimated 1.5 million Americans suffering from various motion disorders, the clinic could be a magnet for those seeking relief, he added. “With this new technology, we believe deep brain stimulation becomes a viable option for a far greater number of patients,’’ Haer said. Three neurosurgeons, Dr. Donald M. Whiting, Dr. Michael Y. Oh and Dr. David B. Cohen, all affiliated with the Neurosurgery Group of Western Pennsylvania, have applied for privileges at Horizon to work with the clinic. In addition to performing surgeries, the clinic will offer physician training to medical staff from around the world who are expected to travel to Greenville to learn about this specialized treatment. For its part, Thiel will offer a bachelor of arts degree in neuroscience, Masters said. Under this academic program, students will have invaluable contact with world-class researchers and surgeons and access to the latest in research technology, he said. “In addition to the formal classroom activities that will occur, another positive outcome of this distinctive partnership is the opportunities for extensive research,’’ Masters said. All of those involved in the clinic, including students and faculty at Thiel, are planning to do extensive research and possible uses of deep brain stimulation. Employing 70 in Maine with another eight in Greenville serving in technical support, FHC is a privately held biomedical company specializing in brain research. The company produces, among other things, electrodes which record electrical signals created by brain cells used by neurosurgeons during brain surgery. Greenville Mayor Dick Miller said this is a situation where the jobs being created are good-paying positions. “It’s starting us in a new direction,’’ Miller said. “The potential spin-off is enormous.’’