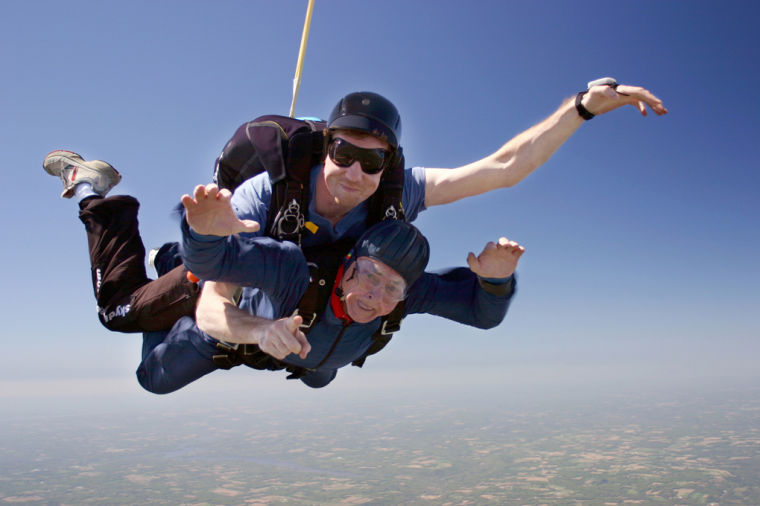 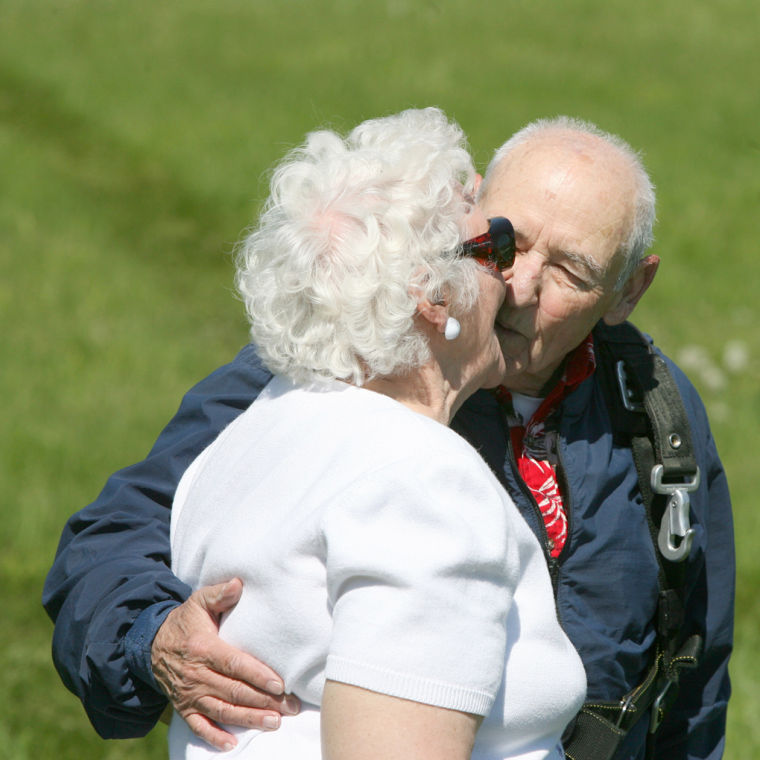 Dick Eastlick kisses his wife, Phillis, after making his landing.

Dick Eastlick kisses his wife, Phillis, after making his landing.

Richard “Dick” Eastlick of Pymatuning Township celebrated his 80th birthday Wednesday doing something that others might call crazy: jumping out of a plane. “The weather was great and the jump was really good,” Eastlick said by phone several hours after the experience at Skydive Pennsylvania at the Grove City Airport, Springfield Township. His wife of 57 years, Phillis, said he’s crazy, but he’s gone skydiving once before, so she supported the jump and has confidence in him, Eastlick said. Eastlick first went skydiving in 2001 during Greenville’s Banic Boogie, a now-defunct festival that honored Stefan Banic, the inventor of the parachute who once lived in Greenville. “It was a thrill. It’s unbelievable,” he said of his first jump from 13,500 feet. Eastlick enjoyed it so much that he couldn’t think of a better way to spend his birthday. He said he thought if former president George H.W. Bush could skydive at age 80 in 2004, he’d be able to do the same. He described his birthday jump from 11,000 feet as getting a “bird’s eye view of God’s creation.” It seemed as though he could see across the whole county, said Eastlick, who was strapped to an instructor while another who jumped with them had a video camera. “Once the chute opens, it’s total silence,” he said. He wasn’t nervous before the jump and convinced one of his grandchildren and two nieces to skydive in the past. It’s a gamble since you have to take a short training lesson and “sign your life away,” but it’s a risk worth taking, he said. Eastlick, who spent 20 years with the Navy as a dental technician, is still trying to decide if this jump was his last. He’s in good health and may consider jumping again for his 85th or 90th birthday, and recommends skydiving to anyone considering it, especially those his age. “Don’t waste your life away. Get out and do something,” he said.