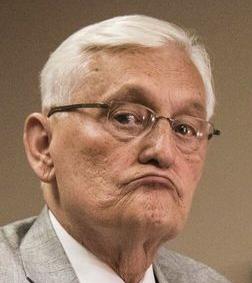 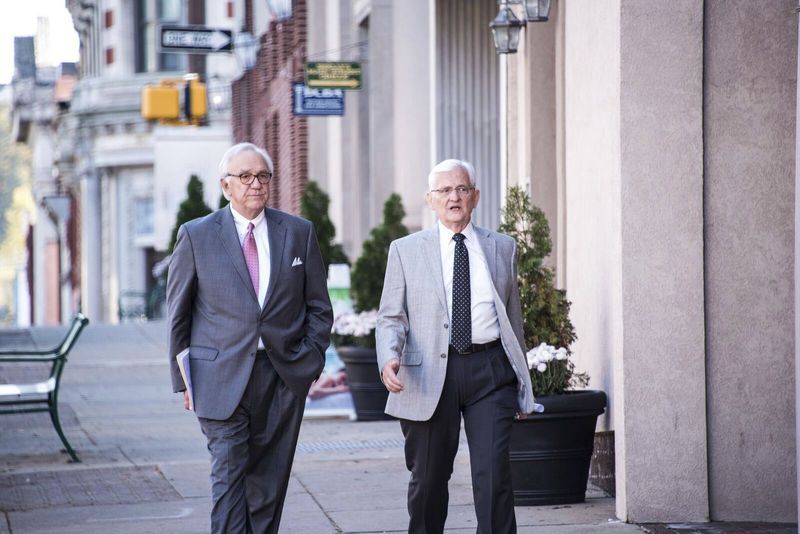 But Karson said he will not step down. He denies the attorney general’s allegations and says he is anxious to fight them in court – but not in the media.

“Mr. Karson has no intention of resigning at this time,” Karson’s attorney, Al Lindsay said at a news conference Friday near his Butler office. “There’s no reason for him to resign.”

But it is not up to the AG’s office, or any of the local attorneys who are calling for Karson’s resignation, to decide if he will step down.

Any disciplinary action against Karson would begin with an investigation by the Disciplinary Board of the Supreme Court of Pennsylvania, a representative of the board said Friday.

After that inquiry, the board would announce its decision.

As of Friday, no opinion had been filed in Karson’s case.

The state charges were filed after a grand jury proceeding that lasted several months.

Karson’s attorney said a grand jury proceeding is not a determination of guilt.

Lindsay said a grand jury is a secret, one-sided process in which the jurors hear what the prosecutor wants them to hear.

And based on that, they can recommend that charges are filed, he said.

”There’s an old saying, ‘a good prosecutor (or a bad prosecutor) could get a grand jury to indict a ham sandwich,” Lindsay said.

Agents from the Attorney General’s office say that Karson asked for several favors of leniency for his alleged love interest, Tonya Bulboff, from spring 2016 through March, according to court records.

But after reviewing the evidence, agents for the Attorney General’s office stated in court records that “there is probable cause to believe that Miles K. Karson Jr. engaged in illegal activities.”

Shapiro said the evidence in the case made him pause.

”The details of this investigation ... revealed that Karson intentionally obstructed the administration of law through breaches of his official duties, interfered with the rights of others through abuse of power vested in his office and hindered the apprehension and prosecution of a paramour,” Shapiro said.

Karson is also accused of intervening on Bulboff’s behalf in a traffic accident.

According to court documents, witnesses said Bulboff was under the influence of alcohol or drugs.

The agents alleged that Karson whisked her away from the scene before police had a chance to perform field sobriety tests.

Lindsay, who fielded questions from the media at Friday’s news conference, declined to comment about Karson’s relationship with Bulboff, stating that it is the crux of Karson’s case.

He emphasized that he and his client will not try that case in the media.

And that is why Lindsay said he has instructed his client to remain quiet.

”Just because someone makes an accusation, and you may not believe this, but in America, you’re innocent until proven guilty. And consequently, you have an absolute right to have your case taken to trial,” Lindsay said.

When asked if he believes the case will make it to trial, Lindsay said he sees no possibility of a plea deal.

”Mr. Karson strongly believes in his innocence, and believes, in a jury trial, he will be vindicated,” Lindsay said.

Lindsay said that Friday was the last time he or Karson will make public comments on the case.

”We intend to do our talking in the courtroom,” he said.

The first chance Karson and Lindsay will have to do that is at a preliminary hearing set for 10 a.m. Dec. 18 in Fagley’s Mercer court.

I learned last evening for the first time that certain misdemeanor charges had been filed against me by the Pennsylvania Attorney General’s office. I have not, as yet, had a chance to review and evaluate those charges and therefore, it would be inappropriate for me to comment on them at this time. However, I can assure you that I have committed no offenses and I am anxious to fight the allegations made in the charges in court.

In the meantime, I intent to perform the duties of my office as district attorney of Mercer County in conformance with the law. I am declining further comment on these charges because as a lawyer for some 42 years I am of the opinion that matters such as these should be tried in court and not in the media. I am a firm believer in and have great trust in the legal process.