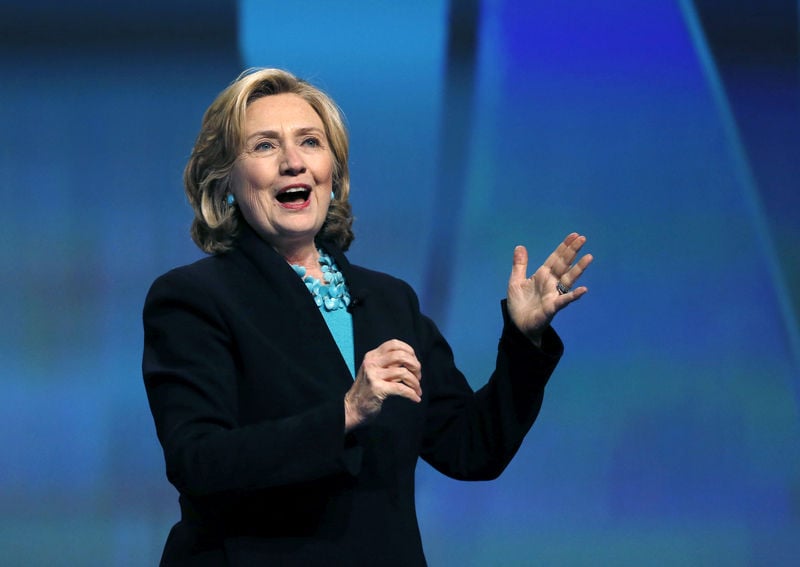 APFILE - This Dec. 4, 2014, file photo shows former Secretary of State Hillary Rodham Clinton speaking at the Massachusetts Conference for Women in Boston. Rejuvenating the economy figured prominently in the first Clinton presidential campaign and could form the foundation of the next one. (AP Photo/Elise Amendola, File) 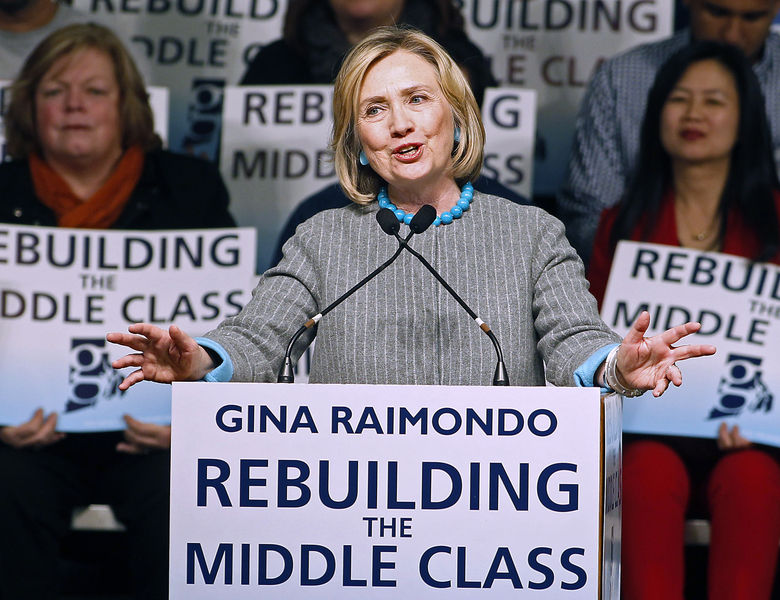 AP fileRejuvenating the economy figured prominently in Hilary Clinton's first presidential campaign and could form the foundation of the next one.

APFILE - This Dec. 4, 2014, file photo shows former Secretary of State Hillary Rodham Clinton speaking at the Massachusetts Conference for Women in Boston. Rejuvenating the economy figured prominently in the first Clinton presidential campaign and could form the foundation of the next one. (AP Photo/Elise Amendola, File)

AP fileRejuvenating the economy figured prominently in Hilary Clinton's first presidential campaign and could form the foundation of the next one.

WASHINGTON (AP) — If Hillary Rodham Clinton seeks the White House again, her message on the economy could be an important barometer as she courts fellow Democrats.

Members of her party are watching closely how the former secretary of state outlines steps to address income inequality and economic anxieties for middle-class families. Some members of the party’s liberal wing remain wary of Clinton’s ties to Wall Street, six-figure speaking fees and protective bubble.

Clinton is widely expected to announce a presidential campaign next year and remains the prohibitive favorite to succeed President Barack Obama as the party’s nominee in 2016. But how she navigates a party animated by economic populism, an approach personified by Massachusetts Sen. Elizabeth Warren, could represent one of her biggest hurdles. Democrats bruised from GOP gains in the 2014 elections are pushing for big policy changes — raising the minimum wage and pay equity, for example — that favor the declining middle class.

“We don’t win when we play small-ball and calibrate. Why not try to be bold?” said Anna Galland of MoveOn.org, which launched a draft campaign to lure Warren into the race.

Warren says she’s not running for president, but her confrontational approach on Wall Street and reducing the gap between the rich and poor has generated a loyal following. She showcased this posture during December’s “lame duck” session of Congress, when she led the charge against a $1.1 trillion omnibus spending bill — ultimately signed by Obama — that repealed part of the Dodd-Frank financial law and loosened contribution caps for some political donors. Clinton has yet to comment on the spending plan.

During the fall elections, Clinton often pointed to the broad prosperity during her husband’s administration and advocated for policies to raise the minimum wage, address pay equity for women and provide paid leave for new mothers.

In a nod to liberals, Clinton has voiced concerns about the concentration of wealth, pointing to the rise in income and wealth to the top 0.01 percent of the population. “Some are calling it a throwback to the ‘Gilded Age’ of the robber barons,” Clinton said in May.

Clinton also has stumbled on the economy. At a fall event, she drew criticism from Republicans when she said “don’t let anybody tell you that it’s corporations and businesses that create jobs.” She quickly cleaned up those comments, arguing that trickle-down economics had failed.

Her supporters point to her 2008 primary campaign, when she scored wins in Ohio and Pennsylvania, as an indicator of how she could connect with working-class families. They also downplay the differences between her and Warren on the economy.

“I think the debate is not going to be about big major fundamental directions for the economy. The disagreement will be how to get there,” said former Vermont Gov. Howard Dean, who has backed Clinton.

Clinton could have more opportunities to connect with — or alienate — liberals in 2015.

One moment could come on the nomination of Lazard investment banker Antonio Weiss to lead a Treasury Department office overseeing domestic finance. Weiss, Warren contends, would represent a long line of Wall Street executives who are part of the revolving door between Washington and the financial markets.

Cloudy. Snow showers developing after midnight. Low 29F. Winds SSW at 5 to 10 mph. Chance of snow 70%. About one inch of snow expected.

Cloudy. A few flurries or snow showers possible. Low around 30F. Winds WSW at 5 to 10 mph.