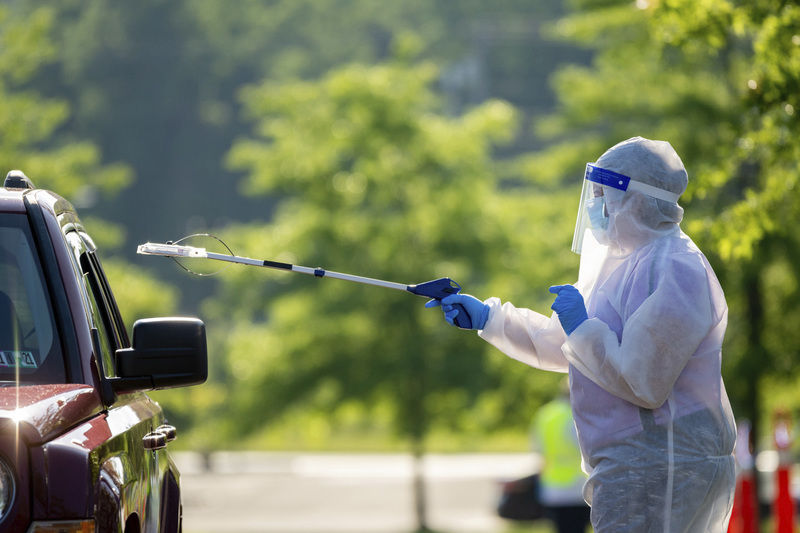 A certified pharmacy technician hands a COVID-19 test to a person during drive-thru COVID-19 testing Wednesday at Walmart in Hermitage.TANNER MONDOK | Herald 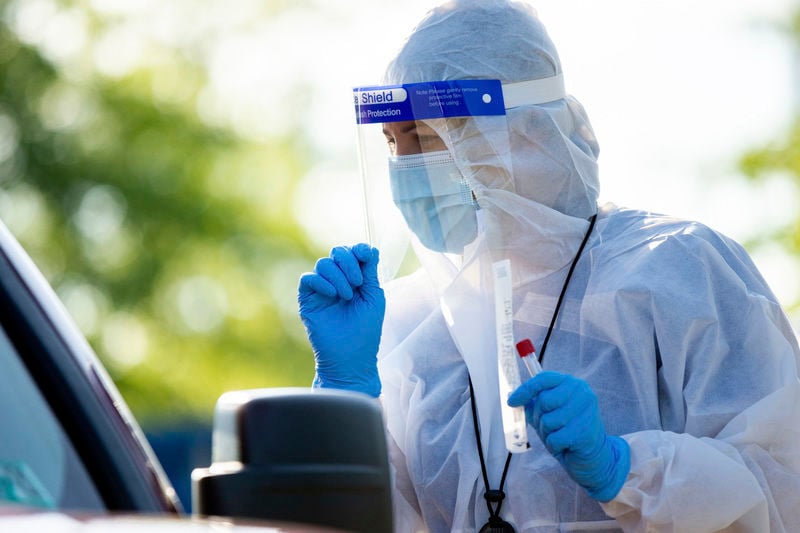 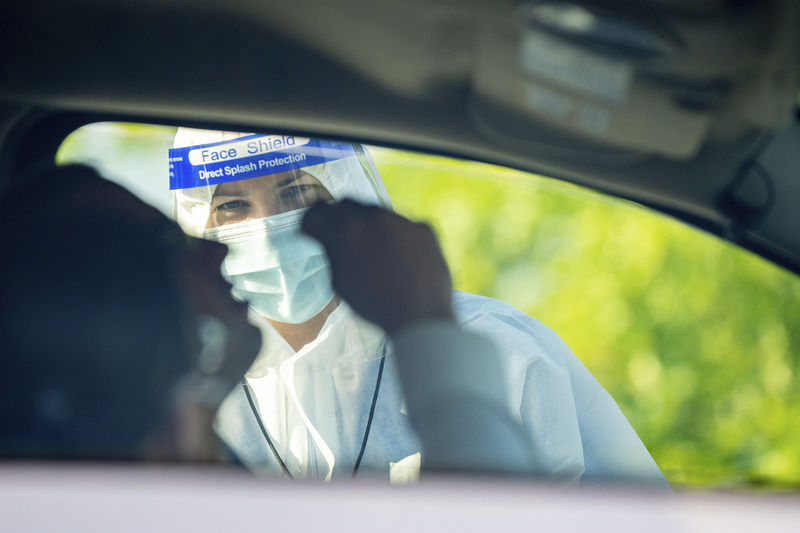 A certified pharmacy technician hands a COVID-19 test to a person during drive-thru COVID-19 testing Wednesday at Walmart in Hermitage.TANNER MONDOK | Herald

HARRISBURG – As social-distancing restrictions relax across more of the state — 54 of the state’s 67 counties will be in the green phase of the governor’s reopening strategy by next Friday — the state is ratcheting up testing and contact tracing as a key part of the state’s strategy for managing any resurgence of coronavirus.

The state now has 496 contract tracers — individuals who track down people who’ve come into contact with patients with coronavirus — but health officials concede it won’t be nearly enough.

“We intend to double our contact tracers in the near future and know that we may need to further increase that number,” said Nate Wardle, a Department of Health spokesman. Over the last week, there have been more about 11,500 tests for coronavirus completed in Pennsylvania each day, he said.

Gov. Tom Wolf has described the push to expanding testing and tracing as strategy to replace the need for shutting down the economy with a plan to “identify, isolate and eliminate” coronavirus across the state.

Wolf noted that the state’s progress comes as nationally coronavirus is still making gains in many states.

According to analysis by the New York Times, new COVID-19 cases are declining in less than half of all U.S. states and territories.

“In Pennsylvania, not only did we flatten the curve, but we are continuing to keep case counts down even as we open our commonwealth,” Gov. Wolf said. “We will continue to take a measured, phased approach to reopening that relies on science and health experts.”

The state’s progress comes as Wolf has faced pressure to accelerate the business reopening, including a bid by the General Assembly to get the courts to order Wolf to end his emergency order governing the state’s pandemic response.

Lyndsay Kensinger, a Wolf spokeswoman, said that the fact that the state is making progress managing the coronavirus outbreak doesn’t mean the threat is over.

“The comparison I would make is to naloxone,” the overdose-reversal drug. “Even though we have naloxone, we still have an opioid epidemic. The problem hasn’t gone away.”

The state has been working with the existing network of community health nurses to get contact tracing underway in rural parts of the state, Wardle said.

And there are 30 contact tracers in the 11 counties in the health department’s southwestern Pennsylvania region, including Allegheny, Armstrong, Beaver, Butler, Cambria, Fayette, Greene, Indiana, Somerset, Washington and Westmoreland.

A contact tracing subgroup was created as part of the incident command center established to oversee the state’s pandemic response, Wardle said.

“The subgroup is charged with building a robust contact tracing strategy for the Commonwealth to support the phased reopening process, and prepare for a potential resurgence in the fall,” he said.

Organizations and entities interested in partnering in these efforts should reach out to RA-DHCONTACTTRACING@pa.gov, he said.

The state’s increased testing comes as more testing locations have been set up across Pennsylvania.

By Friday, there were 415 locations in Pennsylvania where people can get tested for coronavirus, including testing locations in all but five counties — Armstrong, Forest, Juniata, Perry and Potter counties.

Earlier this month, the state announced that to help improve access to coronavirus testing in rural areas, the Department of Health had worked with Quest Diagnostic to offer testing at Walmarts.

The sites are open on Monday, Wednesday and Friday from 7 a.m. to 9 a.m. to test up to 50 registered patients daily. Registration is required one day in advance.