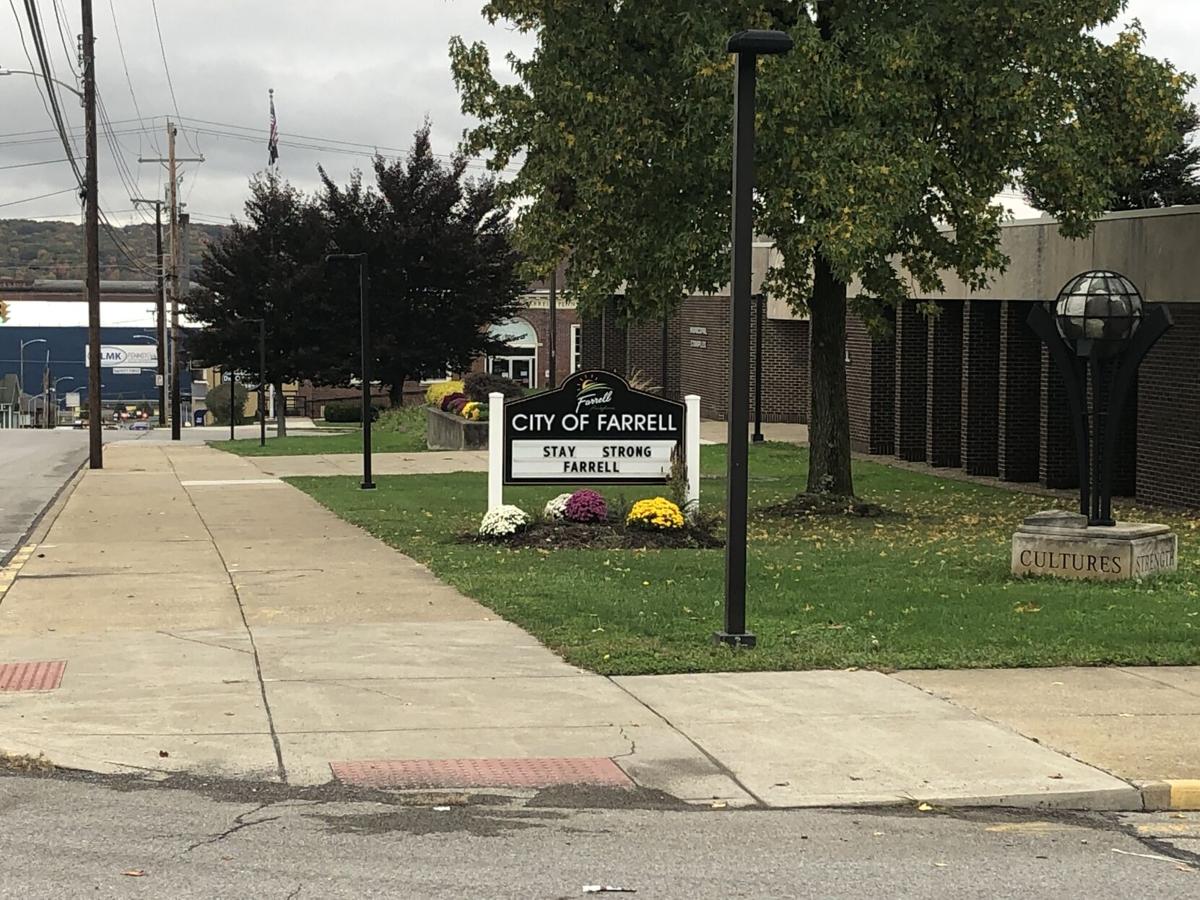 The NLMK Pennsylvania steel mill lies at the foot of Roemer Boulevard in view of the Farrell Municipal Building. The city relies on the plant for much of its tax revenue. 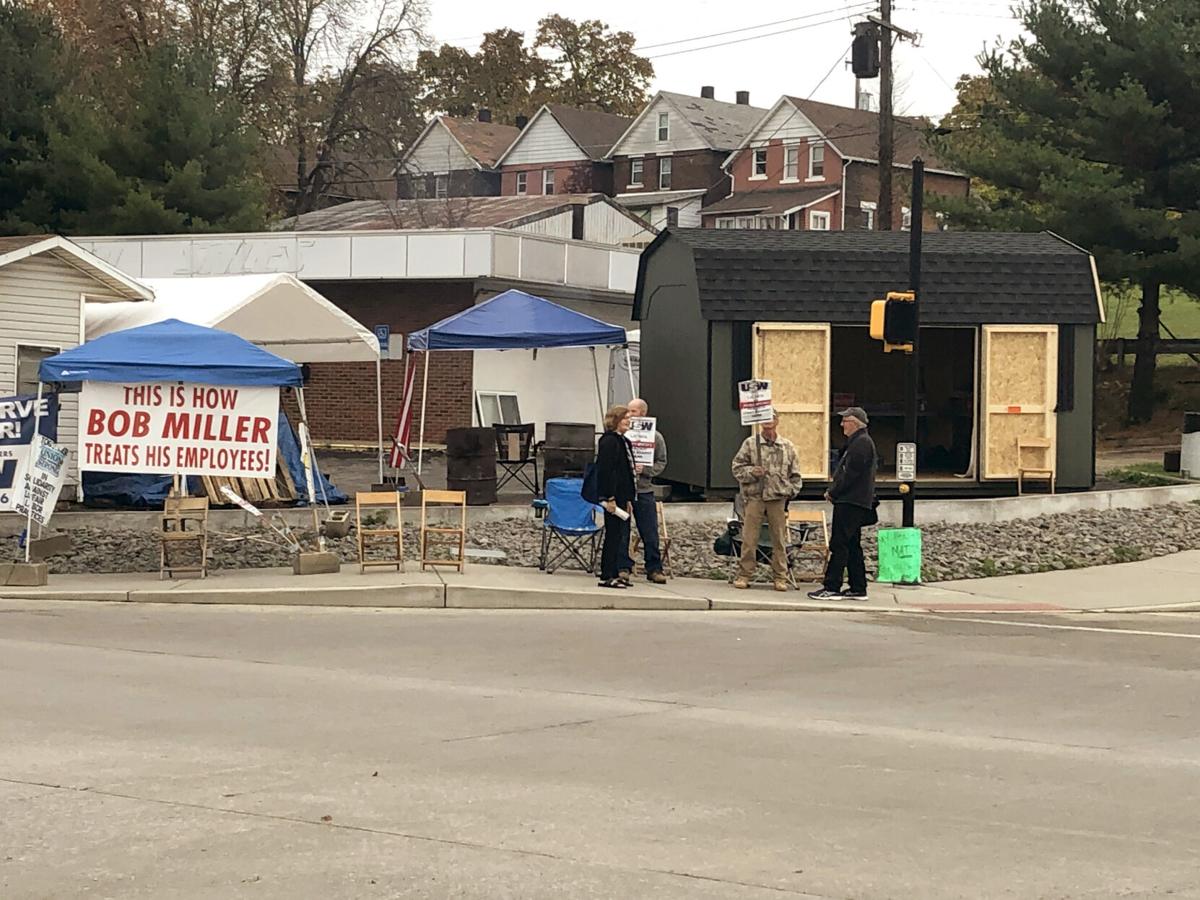 ERIC POOLE | Herald Striking NLMK Pennsylvania workers maintain a picket line across along Martin Luther King Boulevard across from the steel mill's Roemer gate. Workers have been on strike two months, since Aug. 22

The NLMK Pennsylvania steel mill lies at the foot of Roemer Boulevard in view of the Farrell Municipal Building. The city relies on the plant for much of its tax revenue.

ERIC POOLE | Herald Striking NLMK Pennsylvania workers maintain a picket line across along Martin Luther King Boulevard across from the steel mill's Roemer gate. Workers have been on strike two months, since Aug. 22

FARRELL – The one-two punch of COVID-19 and a strike at the NLMK Pennsylvania steel plant may force the city to increase property taxes and sewer rates as it begins work on the 2021 budget.

The city’s finances were already in difficult shape due to the pandemic when United Steelworkers Local 1016-03 went on strike Aug. 22.

“It is without question affecting the city’s tax base at this juncture,’’ said city Manager Ben Prescott said.

The union represents more than 400 production and maintenance workers at the plant. Workers are striking mainly over healthcare insurance coverage and wages.

In addition to getting property taxes, which are not affected by the strike, from the steelmaker, Farrell also receives wage taxes from steel mill employees.

Prescott said he didn’t immediately have figures on what the wage tax amounts to monthly for Farrell. But overall 20 percent of the city’s roughly $3 million budget comes from NLMK in property and wage taxes, he said.

The timing couldn’t be worse as Farrell, like other communities, continues to get socked with the economic downturn created by COVID-19.

“It hasn’t gone away,’’ Prescott said of the pandemic. “Farrell is facing similar challenges as many other communities with this.’’

However, there is a unique situation with the city.

In 1987, Farrell was the first community to enter the state’s Act 47 program for financially distressed municipalities after the former Sharon Steel Corp. filed for Chapter 11 bankruptcy. The town emerged from Act 47 in February 2019.

There are no imminent talks about the city reentering economically distressed community status, Prescott said.

“The community and council is not looking to go back into Act 47,’’ he said. “We are looking for guidance and support from the state and federal government to do the right thing so we don’t slide back into Act 47.’’

Prescott told The Herald in early September that Farrell planned to use money from its reserve fund to meet obligations this year.

Under Act 47, Farrell was allowed to levy additional wage taxes, which it no longer can collect since leaving distressed status, against people who work in the city. In its final few years before leaving Act 47, the city deposited the extra tax payments in its reserve fund.

Although she had no financial figures, Farrell Councilwoman Olive McKeithan said she knew the situation isn’t pretty.

“I know that we’re not in good shape, period,’’ McKeithan said of Farrell’s finances.

She expects to hear more at council’s regular monthly Monday meeting when city officials are expecting to reveal budget figures. The city is required to approve a final budget by Dec. 31.

“I know sewer bills and taxes will be going up,’’ McKeithan said. “That’s the first time in a long time that they’ve gone up.’’

“I know financially things in general are very tight right now for the city of Farrell,” Bennefield said. “As a council, we’ve tried to keep taxes as low as we can. But we may have to raise them.’’