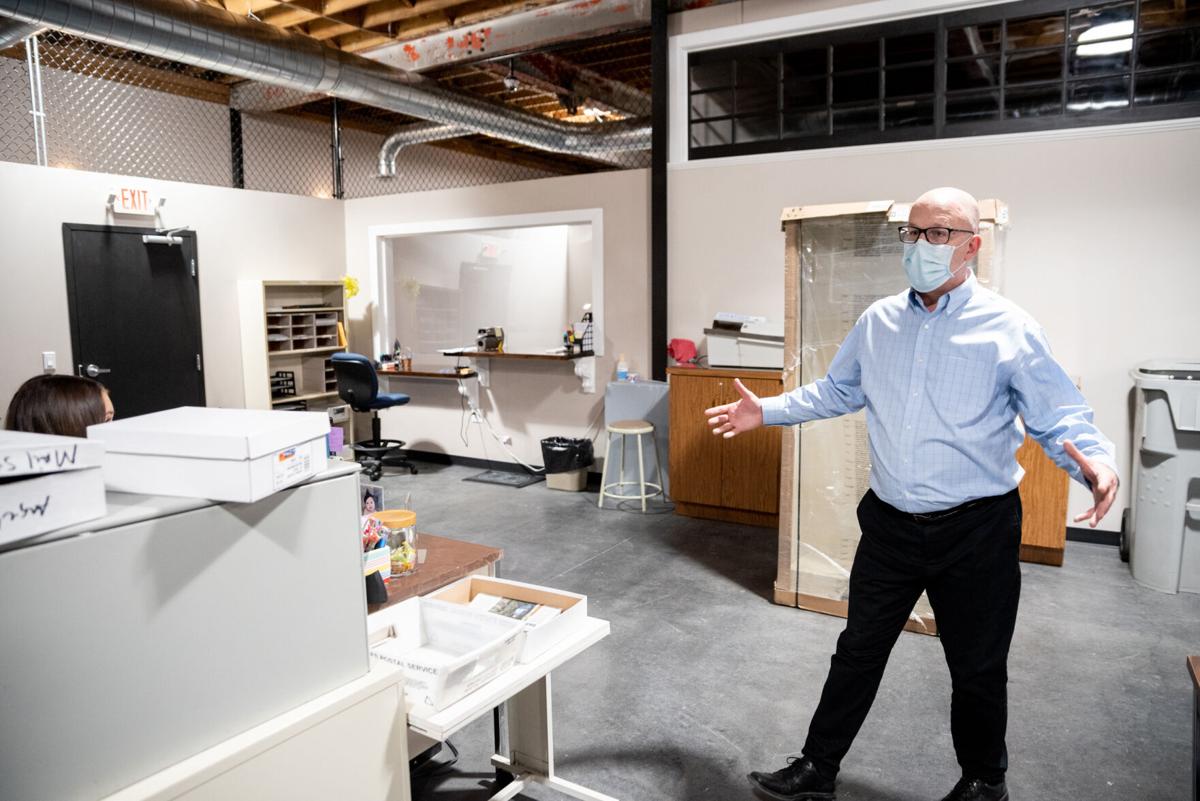 Thad Hall, Mercer County Voter Registration and Election Bureau director, talks about the vast, new elections office in Mercer. Its 7,000 square feet lets the staff do everything in one place, including training, counting ballots, storing equipment and preparing mailings with tens of thousands of pieces. 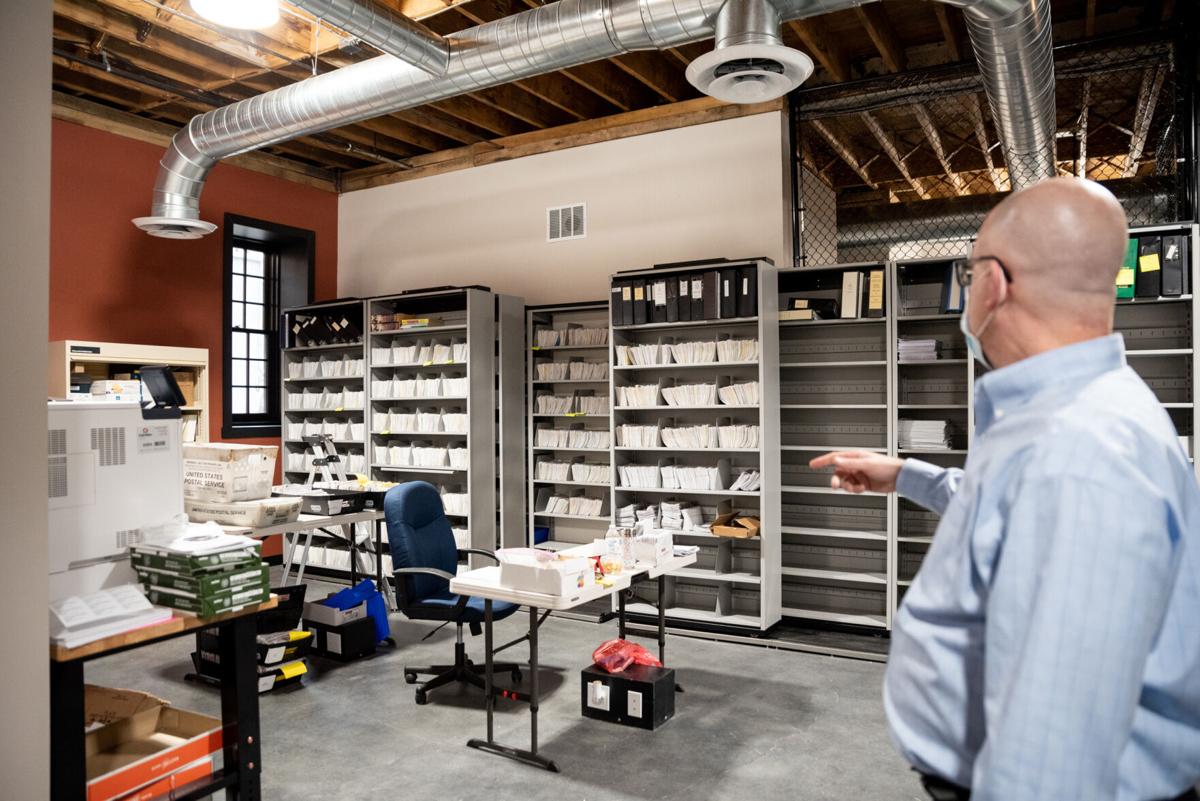 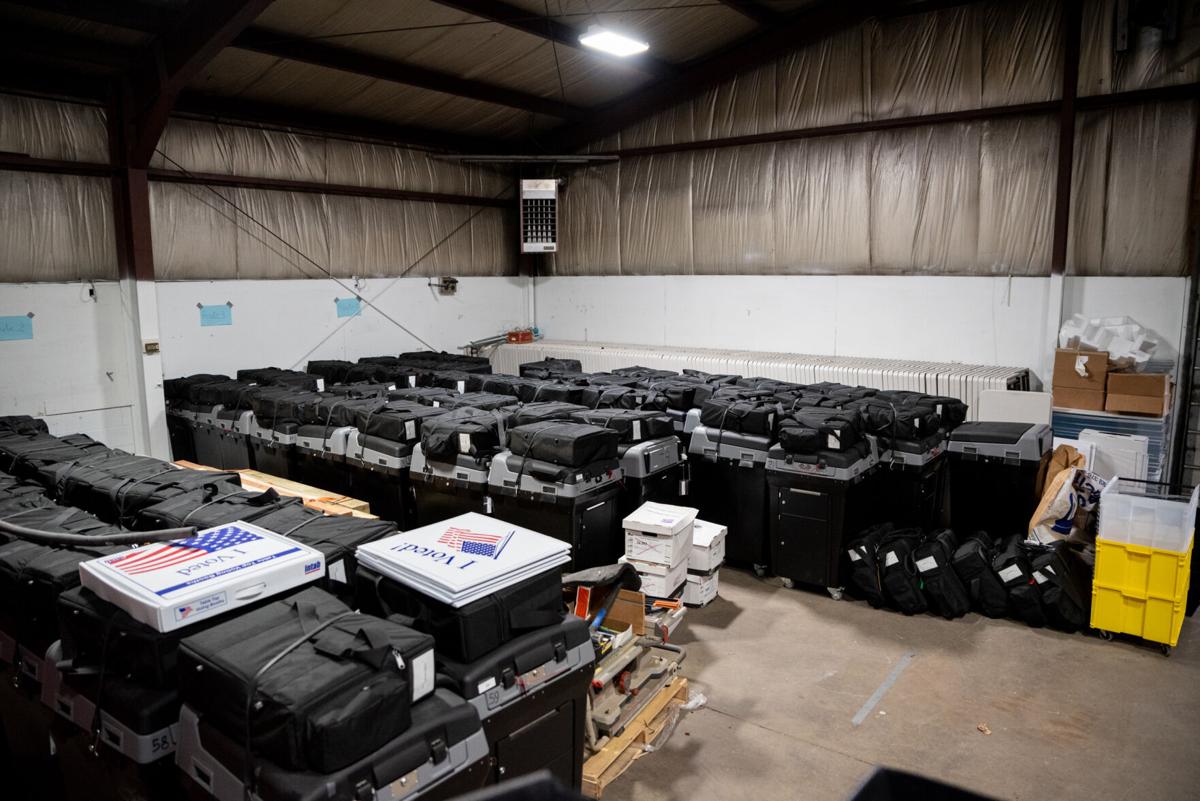 Inside the Mercer County Voter Registration and Election Bureau’s new location in Mercer. 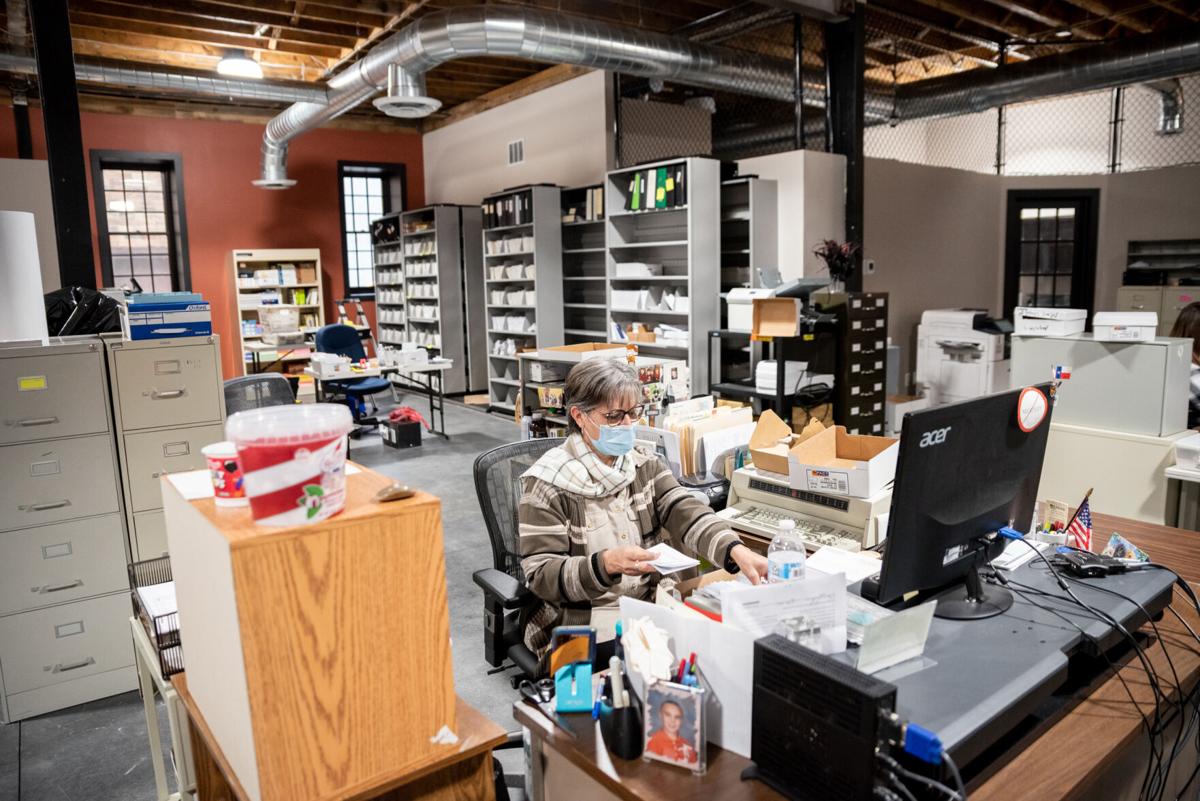 Crescencia Triggiani works at her desk at the Mercer County Voter Registration and Election Bureau’s new office in Mercer, a block from the courthouse where it had been. 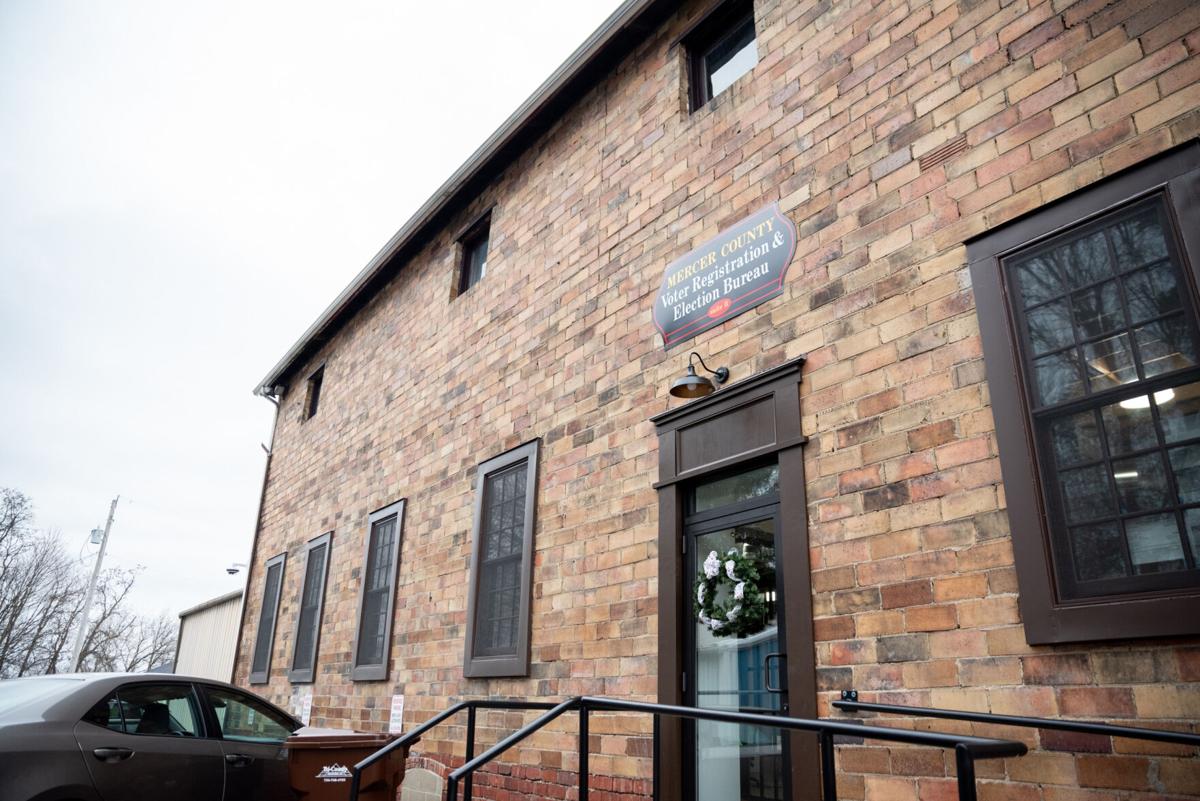 The county elections office has moved into leased space in the former Ben Bissett car dealership a block from the courthouse.

MERCER – The Mercer County election offices have moved to a separate building outside of the courthouse, giving the staff and its mission some much-needed breathing room.

A former car dealership at 130 N. Pitt St., Mercer, provides the department with more than 7,000 square feet to conduct its business. The office had been in a small corner in the courthouse basement for decades.

“We can do everything in-house,” said Thad Hall, elections director, adding that they would not have to travel off-site for training. “And then we have space for processing.”

The department needed to spill over into the courtroom’s Assembly Room and hallways in the basement several times during the year, disrupting other courthouse business.

“There’s no moving things between rooms or buildings,” Hall said. “Everything is under this space, under security cameras.”

The offices include a separate office for Hall. Terminals to check votes are connected only to each other, not to the internet, and can be locked safely away in Hall’s office.

The main office includes three work stations and extra space for storing voter registration records and for completing mailings – including one that went out Jan. 6 to give voters the option of receiving mail-in ballots for the year. In that mailing alone, the office sent out 12,399 letters.

“All these people were crammed together,” Hall said of the space that appeared to be three times as large as their entire workspace at the courthouse.

In addition, employees have their own restrooms and kitchen area, and a walk-in area with significant counter space.

But the new location includes more than just more room. It also has enhanced security.

The biggest and most important space is at the back of the building just off the offices, where staff will sort ballots as they arrive on election days.

The office and warehouse has a camera system, which keeps everything under 24-hour observation. The office is surrounded inside with a chain link fence, and no one can enter the offices without a key fob.

The new office has its own mailing system, which gives the staff until 4:30 p.m. to complete any last-minute tasks.

Rounding out the space is a large conference room — roughly the size of the departments entire former office — where staffers will scan ballots to count them.

“It’s a really nice space we have to work with, to make sure everything goes well,” Hall said.

Mercer County commissioners at their meeting last week said they’re not sure what they will do with the old election office in the courthouse basement.