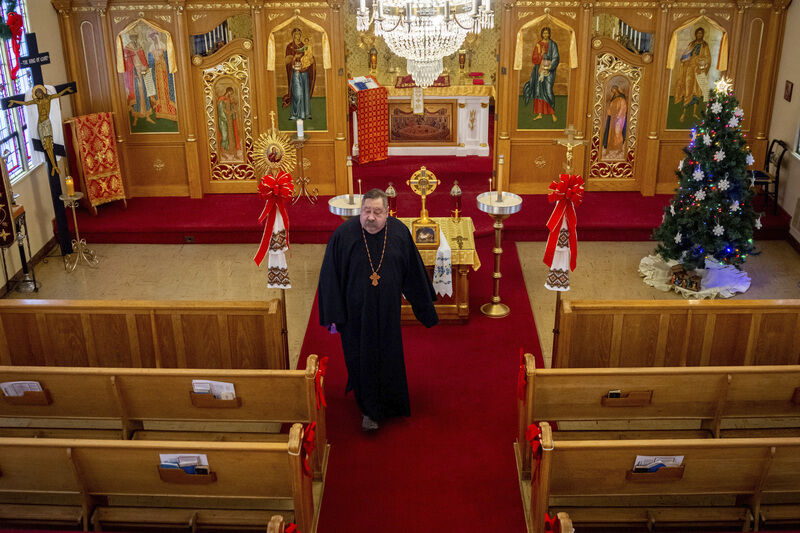 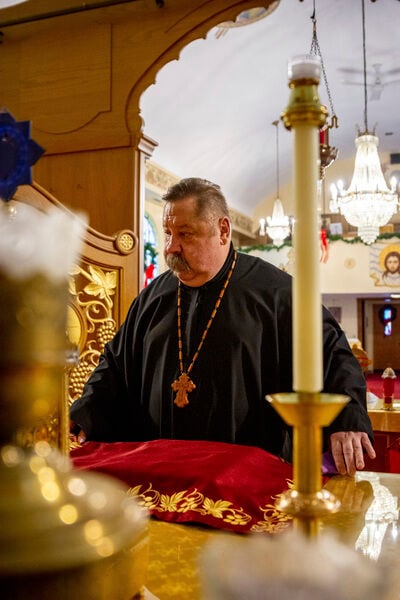 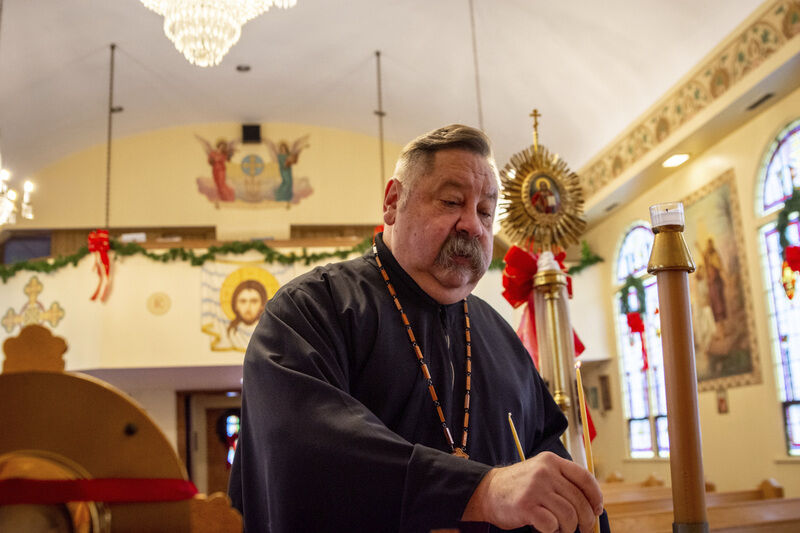 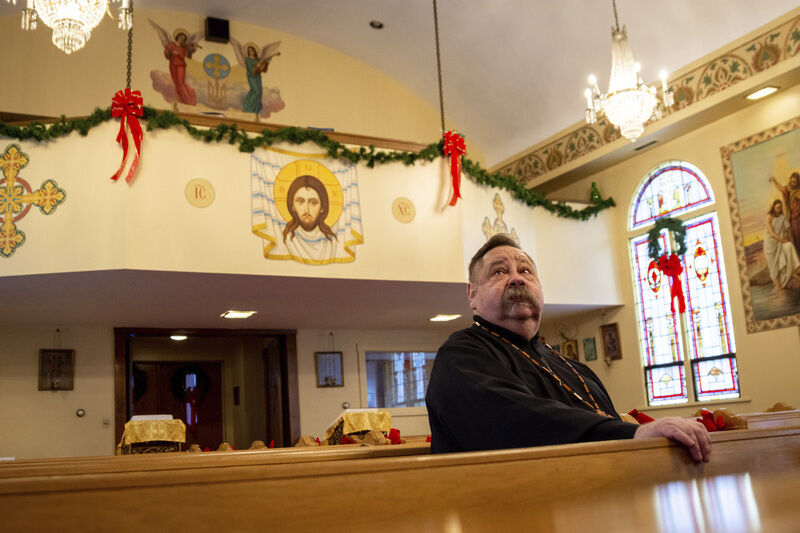 SHARON – Father Steve Repa grimaces as he grasps a bannister to pull himself up the stairs to his Sharon church.

As pastor of St. John’s Ukranian Orthodox Church, Repa is readying for today’s celebration of Orthodox Christmas. This has been the most spiritually and physically demanding Christmas of his life. Yet this holiday presented him with a memorable gift.

Repa caught COVID-19 five weeks ago and still is suffering from devastating side effects.

“I get tired easily and it’s hard for me to walk,’’ he said. “And sometimes I break out in a sweat.’’

His condition has improved since contracting the coronavirus and is back to perform most of his duties. But Repa wonders how he caught the disease because he and church members observed guidelines like wearing masks and observing social distancing.

“It’s like having a sniper in town who’s shooting at people randomly,’’ he said of catching the coronavirus. “There’s nothing you can do about it.’’

A doctor prescribed the 65-year-old antibiotics and ordered rest. The latter prescription was the more difficult part because it prevented him from interacting with the 40 or so members of his church.

Bedridden for weeks, the hardest obstacle fis the feeling he let his church down.

“Guilt is a part of this illness,’’ Repa said. “When you feel its full force, there’s nothing you can do. Even praying is difficult because you don’t have the energy.’’

This had the potential of creating a miserable Christmas.

But Repa said he found this holiday brought him an unforgettable gift – the realization that Christmas is alive in his church, and the body of Christ is filled with the spirit of generosity.

“People from the parish brought me food every day and called me to see how I was doing,’’ Repa said. “I really appreciate their support. I don’t think I could have handled this without them.’’

Their exertion, he said, is part of the Ukrainian Orthodox philosophy.

“Becoming Christian isn’t a state of being, it’s a state of action,’’ Repa said.

A number of Orthodox faiths use the Julian calendar rather than the Gregorian calendar observed by most other Christian religions. There is a 13-day difference between the two calendars which results in a Jan. 7 Christmas date for churches like St. John’s.

Gingerly walking through his church, Repa points to its numerous icon paintings showing people and stories in the Bible. The icons aren’t meant to be works of art.

“They present reality,’’ Repa said. “I don’t represent Christ, I project him.’’

There are other customs in Orthodox faiths. Many members often place straw beneath their dining tables for their Christmas meal.

“It reminds you of the nativity of Christ,’’ Repa said. “The joy we have at Christmas is the giving of life.’’