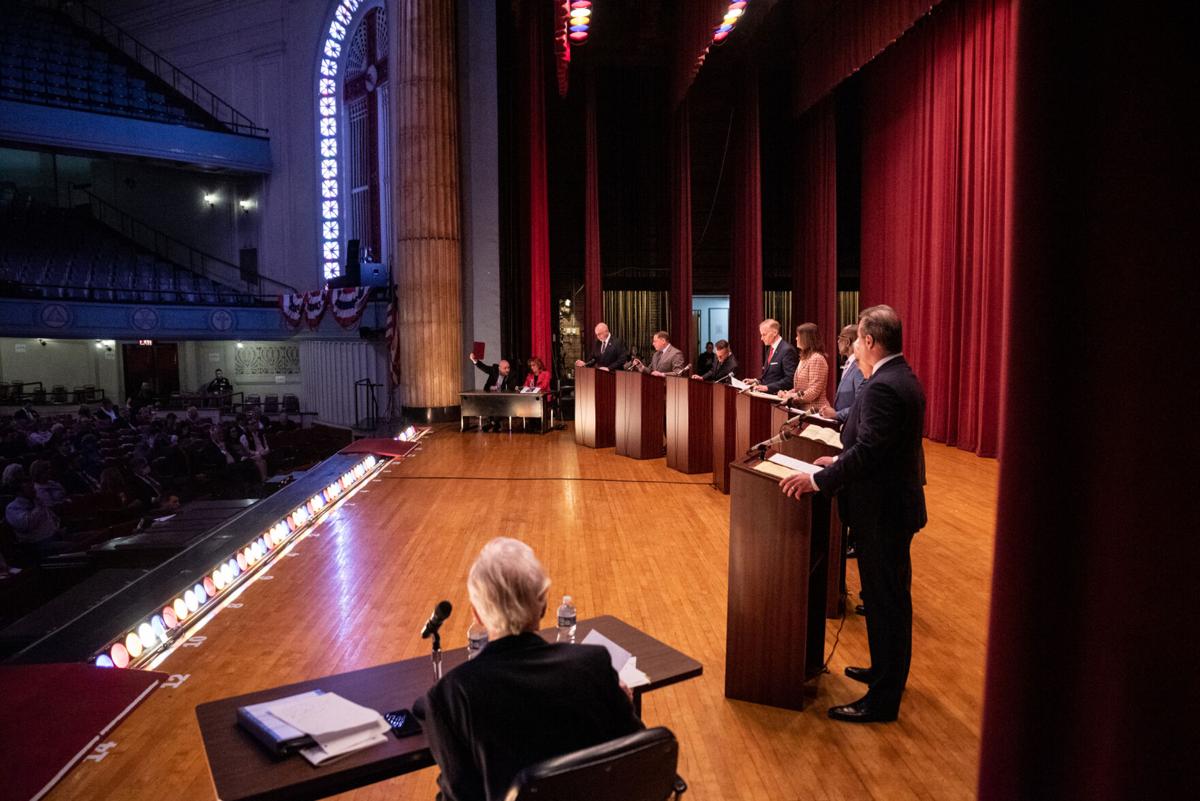 Candidates for Pennsylvania governor participate in the Pennsylvania Republican governor and U.S. Senate debate Wednesday at the Scottish Rite Cathedral in New Castle. 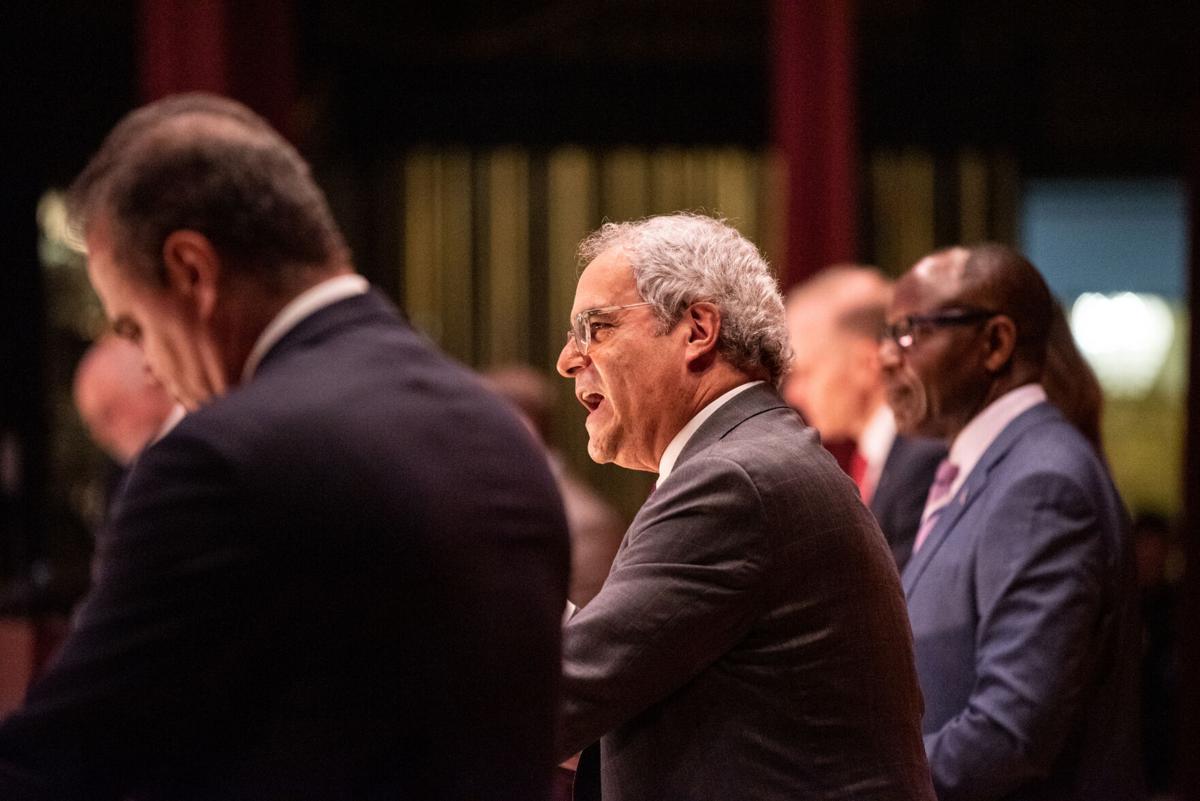 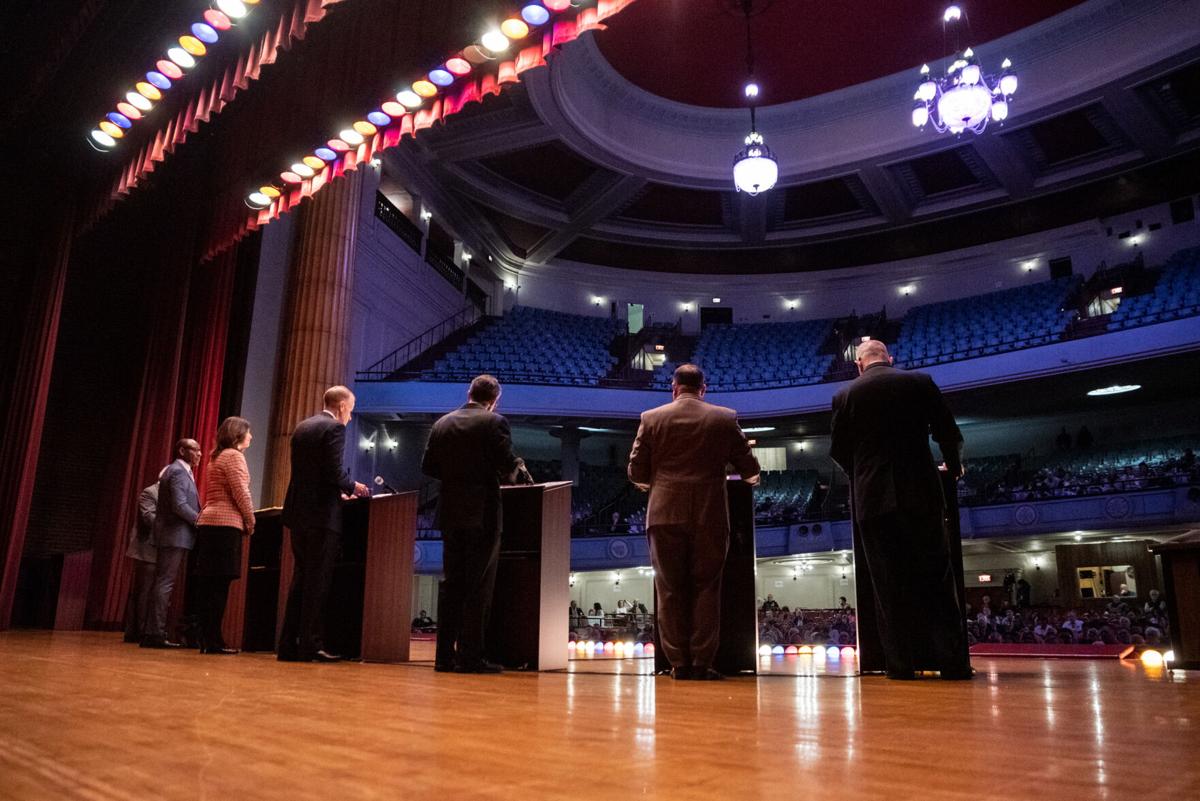 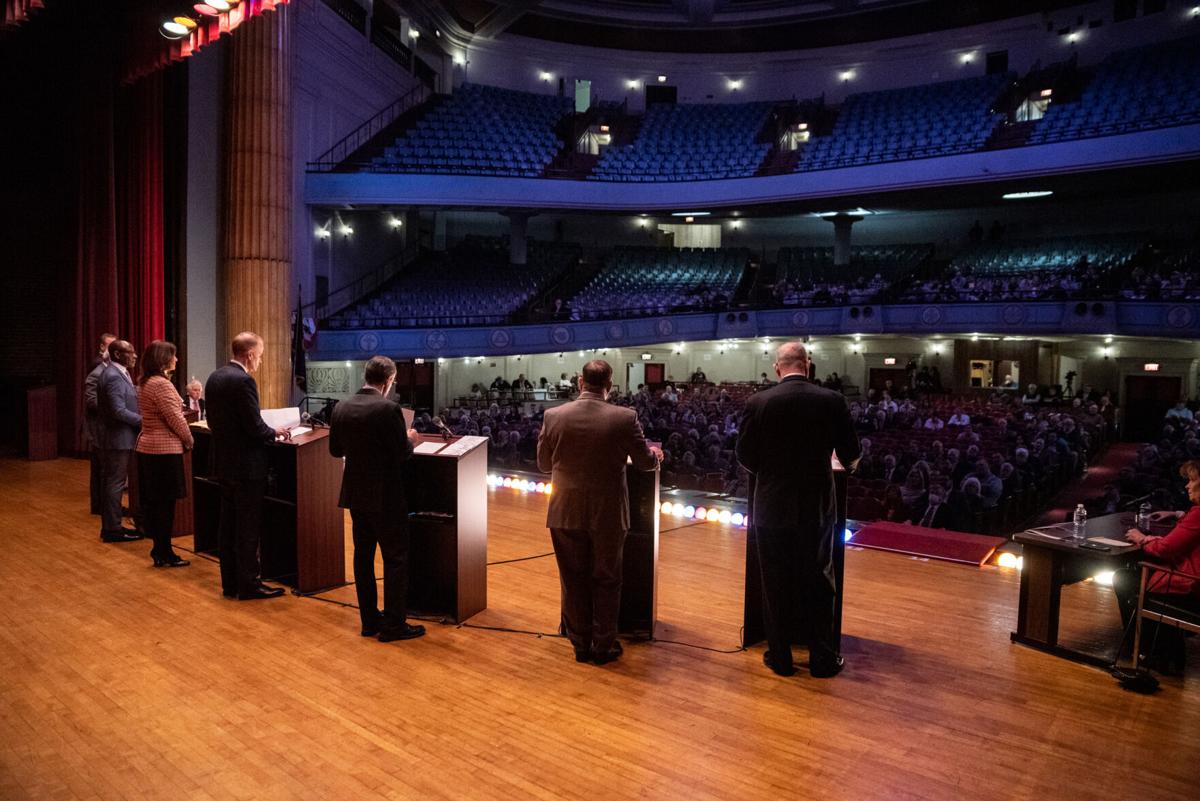 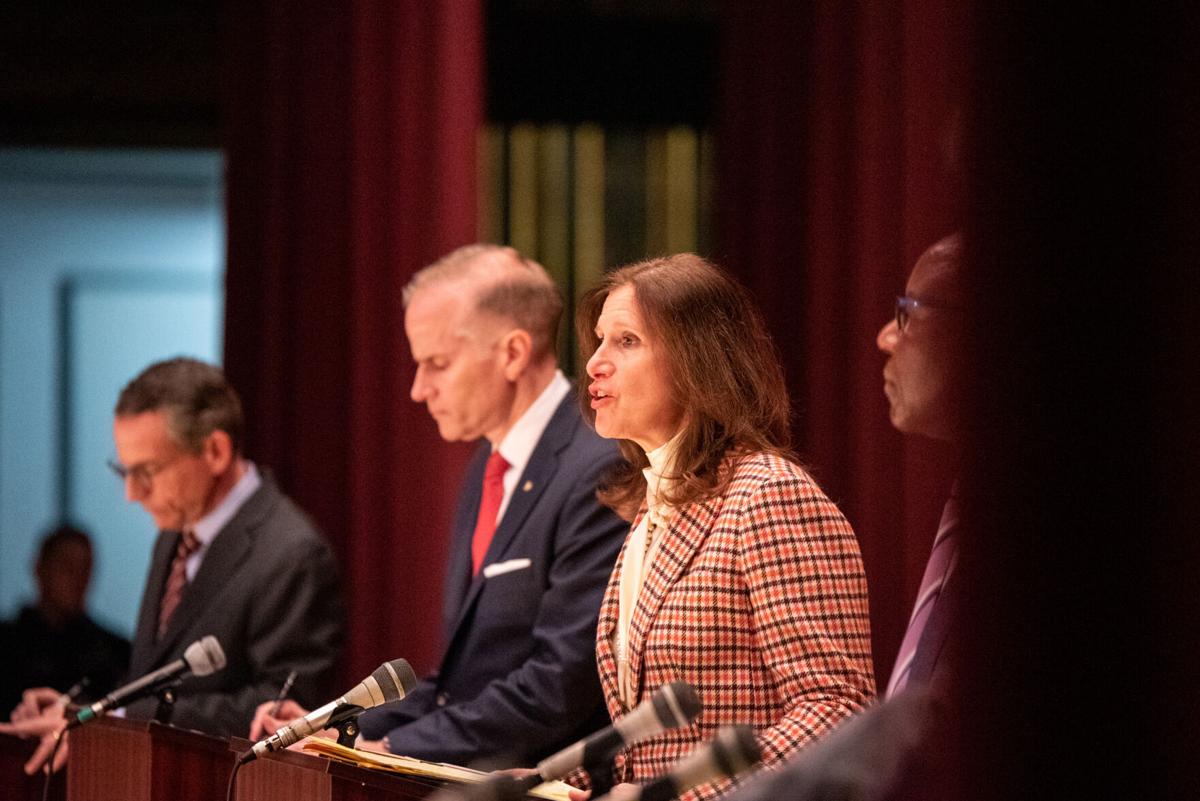 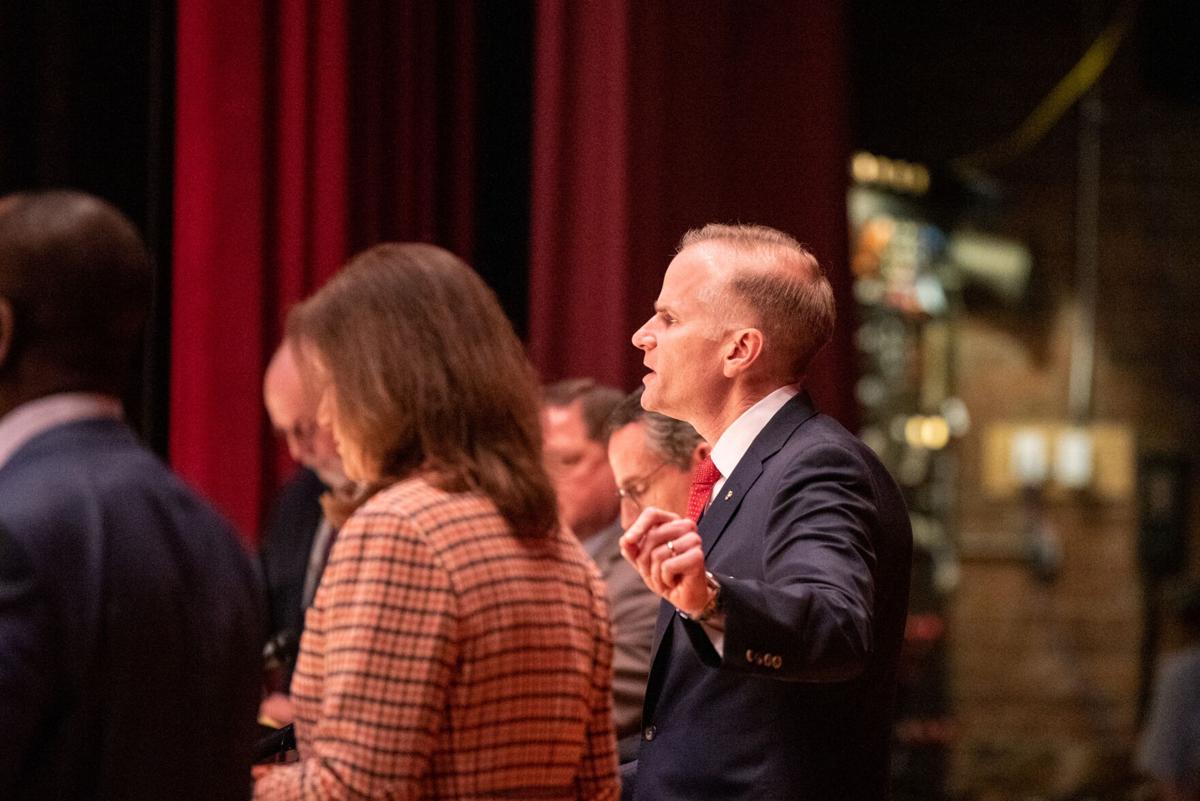 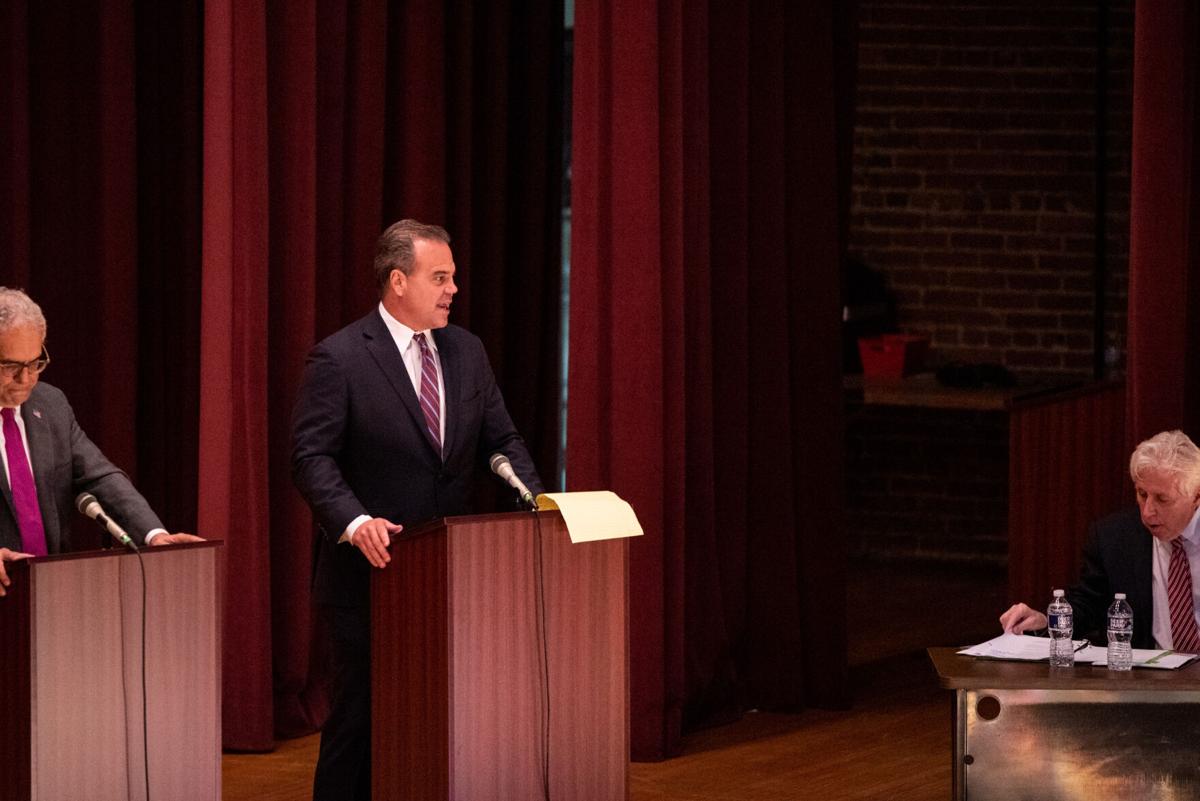 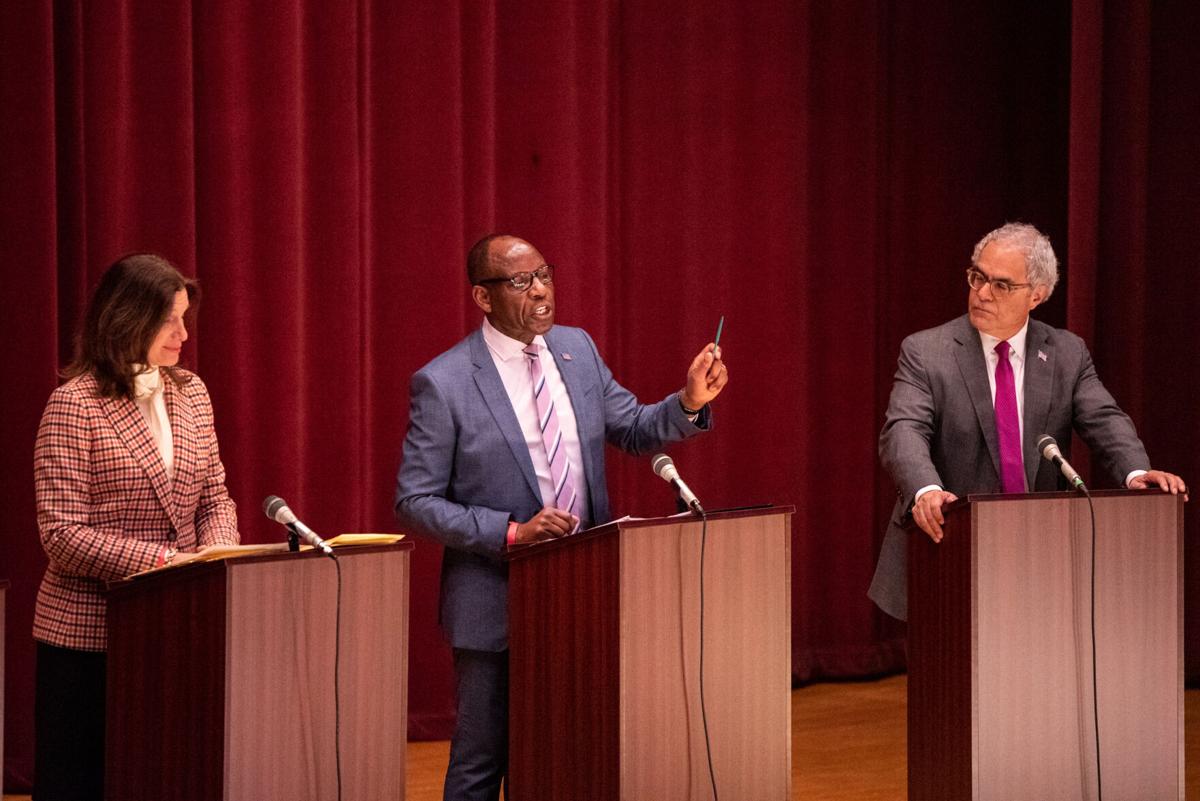 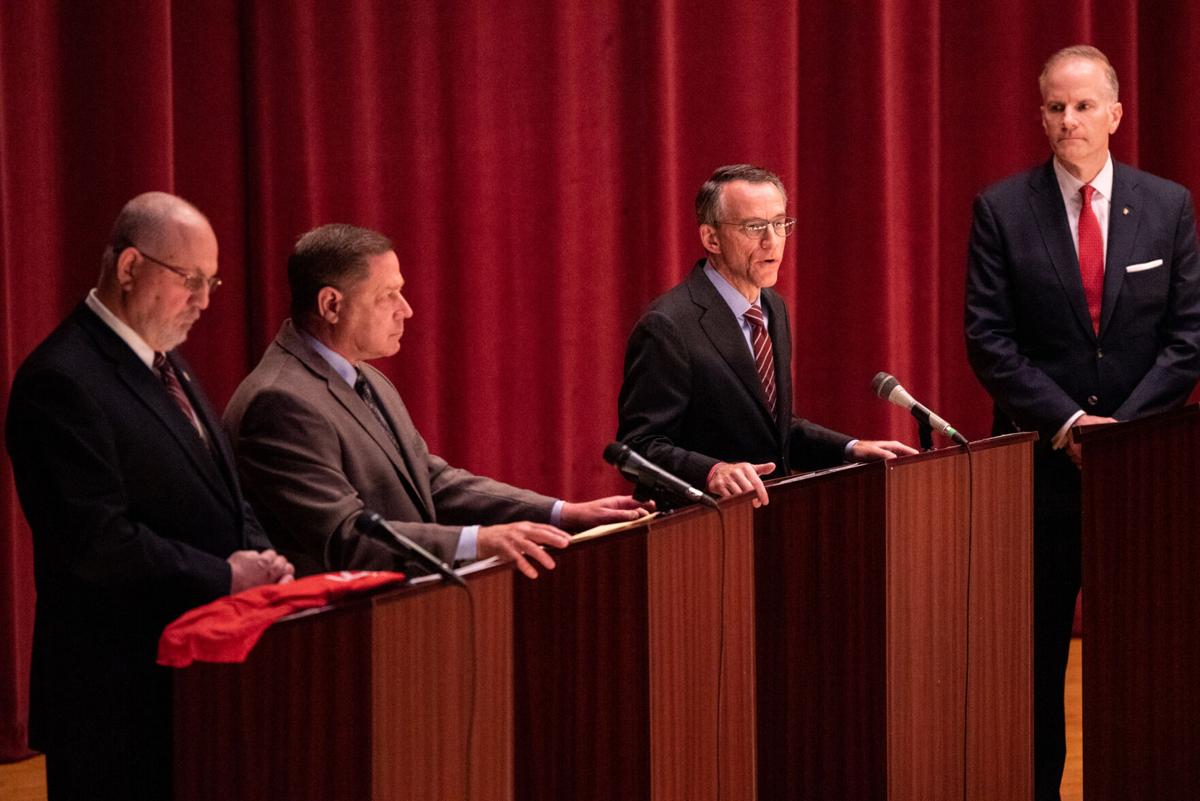 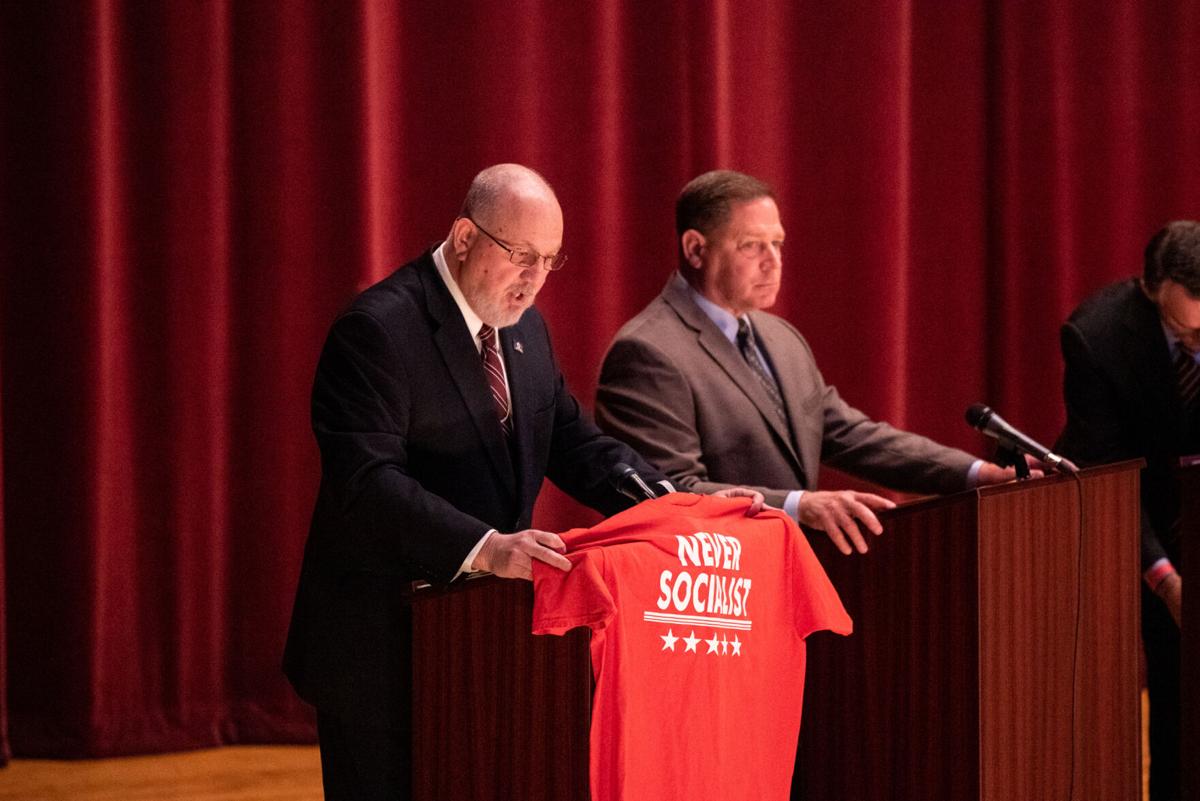 Pennsylvania governor candidate John Ventre talks and displays a shirt on his podium during the Pennsylvania republican governor and U.S. Senate debate Wednesday at the Scottish Rite Cathedral in New Castle.

Candidates for Pennsylvania governor participate in the Pennsylvania Republican governor and U.S. Senate debate Wednesday at the Scottish Rite Cathedral in New Castle.

Pennsylvania governor candidate John Ventre talks and displays a shirt on his podium during the Pennsylvania republican governor and U.S. Senate debate Wednesday at the Scottish Rite Cathedral in New Castle.

The event, which lasted nearly two hours, was preceded by a four-person, hour-long debate for the U.S. Senate. The primary election is May 17.

Moderator and conservative columnist Jeff Lord began by asking the candidates what they would do on their first day in office. Gerow, who answered second, said he would “have the legislature send a bill to repeal Act 77,” the first mention of the law that became a theme during the evening.

Act 77, enacted in October 2019, was signed by Wolf after it passed the Republican-held legislature and was considered the most significant overhaul of the state’s voting systems in decades. It allows mail-in voting, increased the voter registration period and extended mail-in and absentee ballot deadlines.

“We’re going to get back to real elections,” White said, “so we can have a real democracy.”

Richey and Ventre said they would make Election Day a public holiday in the state. There was unanimous agreement to repeal Act 77 and support for mandated voter ID at the polls.

Josh Shapiro wasn’t on stage but still talked about plenty. The current state attorney general and only Democrat running to replace Wolf, Shapiro was attacked as an opportunist and his actions criticized during the pandemic business shutdowns.

“Why can’t he be governor?” White said. “Because he wants to be president. This is just an inconvenient step for him.”

Others went after his record of enforcing pandemic shutdown measures they said targeted working-class families and small businesses.

Lord also asked if the candidates believed, yes or no, if Joe Biden was president of the United States and that he won Pennsylvania in 2020. The candidates, reluctantly, said Biden did win, but surmised the system that elected him was broken. Only Ventre said Biden is not the winner.

Other questions included one about abortion, with the candidates saying they believed it should be outlawed.

Perceived frontrunners Jake Corman, the state Senate President Pro Tempore, and former Hazleton Mayor and U.S. Rep. Lou Barletta did not take part in the event. Barletta, who also skipped a debate last week in Carlisle, said he won’t debate until after candidates qualify to be on the ballot.

A few clouds from time to time. Low near 0F. Winds light and variable.

Flurries and a few snow showers throughout the night. Low 14F. Winds WSW at 5 to 10 mph. Chance of snow 30%. Snow accumulations less than one inch.