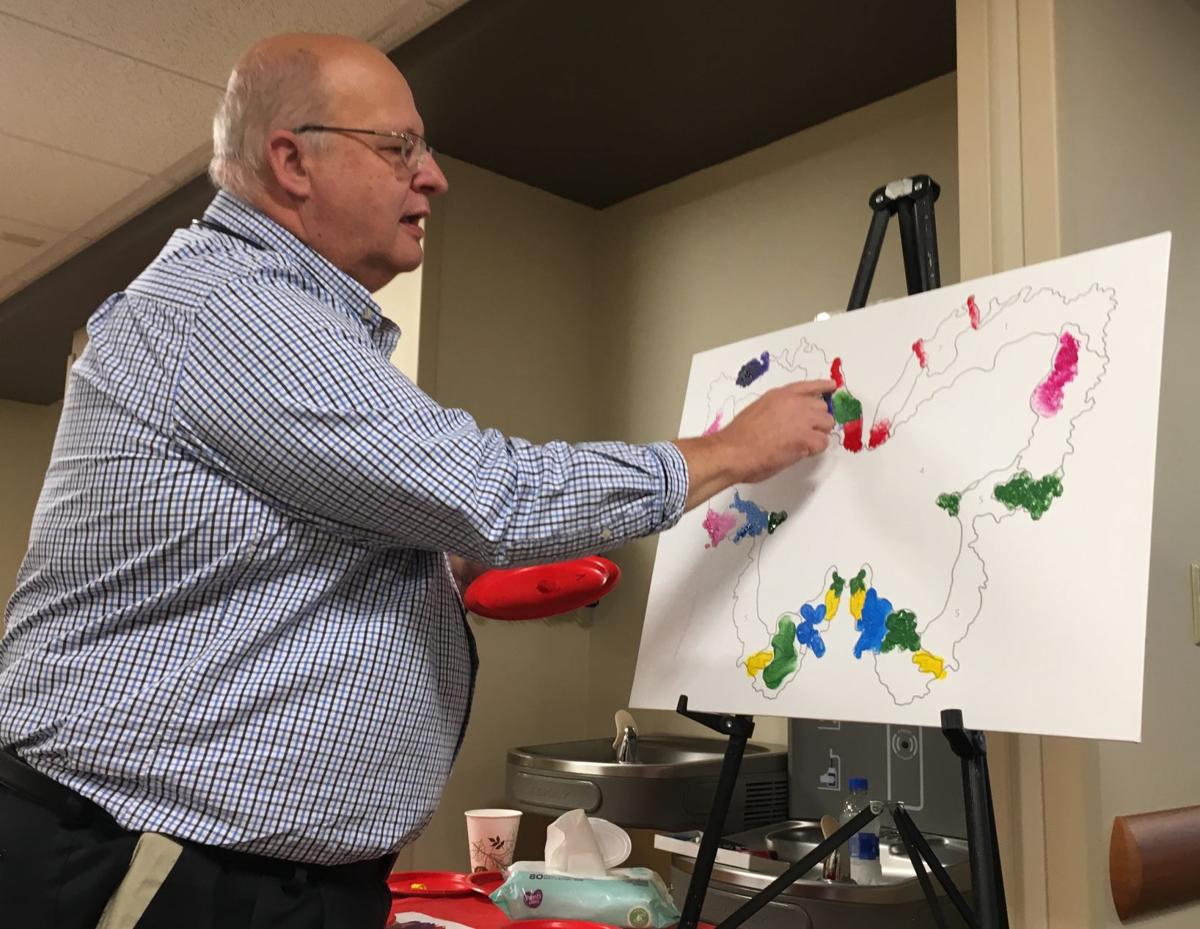 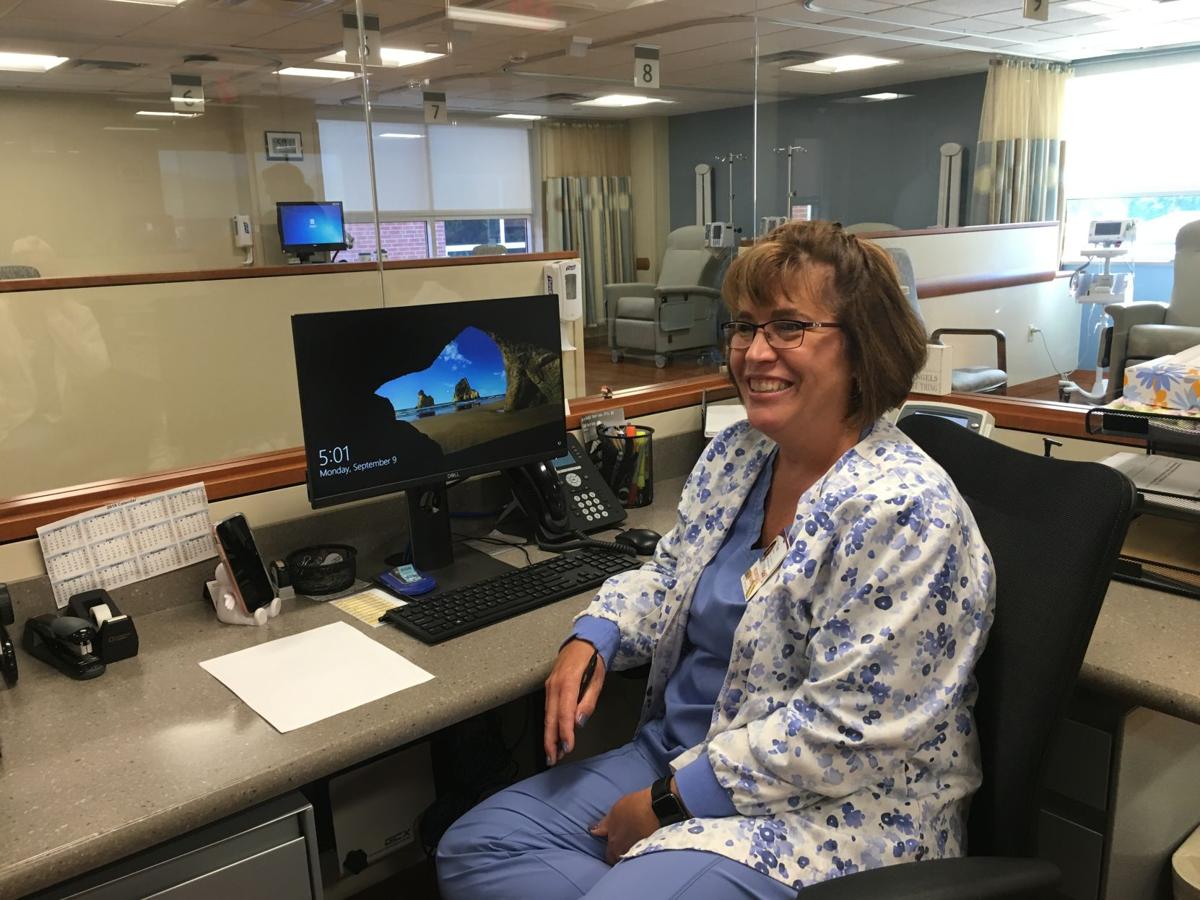 Tina Brest, a registered nurse at the UPMC Hillman Cancer Center at UPMC Horizon's Greenville hospital, sits at the center's nursing station on Monday. Horizon held an open house at the center which is nearly triple the size of the original center. The nurses station was improved to give staff a better view of patients.

"It's a lot nicer too,'' Lob, an oncologist at the center at UPMC Horizon-Greenville said Monday during an open house for the hospital's cancer treatment center.

The 11,800 sq. ft. center is nearly three times its previous size, with a good chunk of the space taken from the Greenville hospital's intensive care unit, said Al Boland, vice president of operations for UPMC Horizon and UPMC Jameson.

An upgraded pharmacy also was added to the center.

The upgrade is part of UPMC's $20 million investment into the Hillman Centers at its Horizon hospitals in Greenville and Farrell and UPMC Jameson's New Castle hospital, said Lisa Lombardo, a UPMC Horizon spokeswoman.

"Oncology care is a chronic disease that's been assessed as a priority in our 2019 Community Health Needs Assessment,'' Lombardo said.

UPMC Horizon-Greenville added more comforting surroundings for administering medical oncology, including chemotherapy. The unit now has a capacity of 15 patients, an increase from eight.

Boland said the expanded Hillman Center at Horizon in Greenville is expected to attract patients from throughout Mercer County, and western Venango County and eastern Ohio, Boland said.

Based in Pittsburgh, UPMC's Hillman Center treats 40,000 patients annually, Boland said. The hours for the Greenville center are from 8 a.m. to 4:30 p.m.