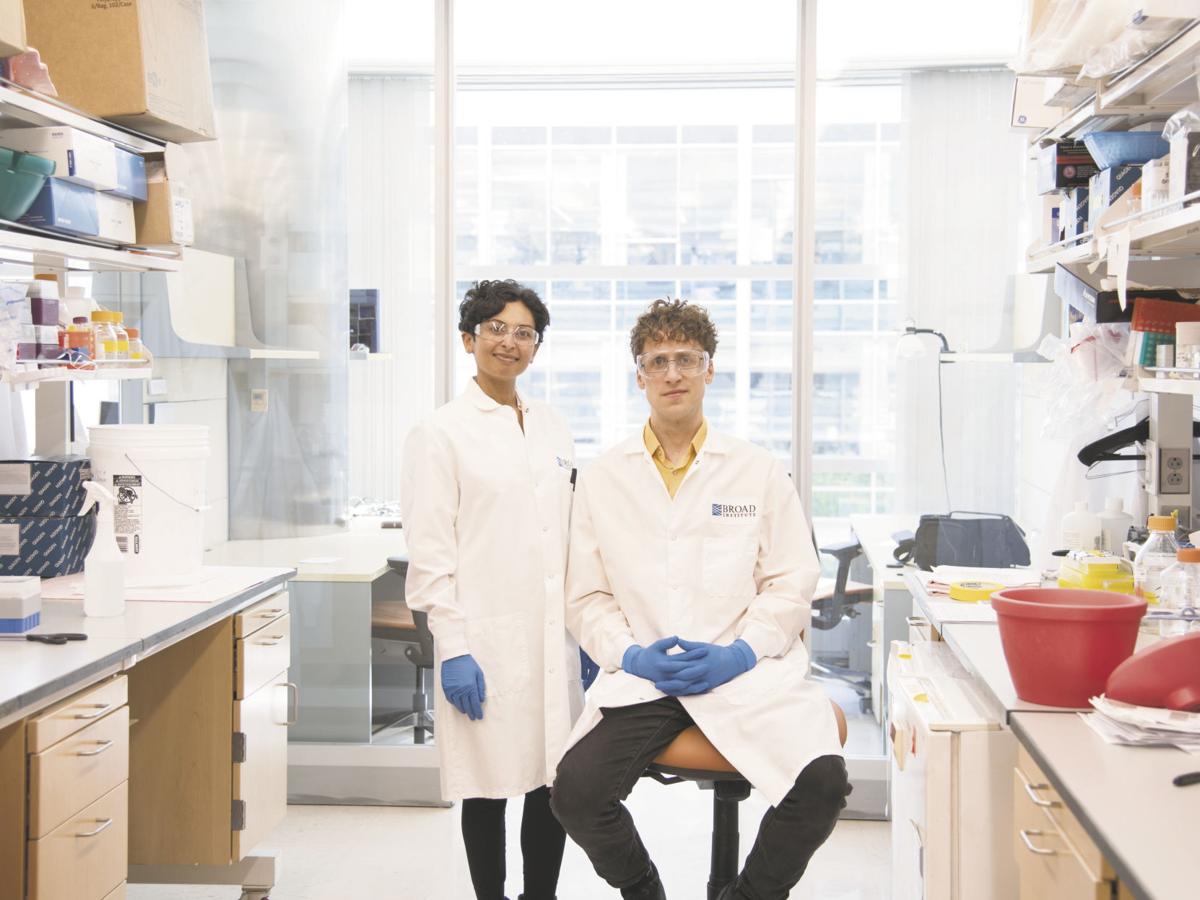 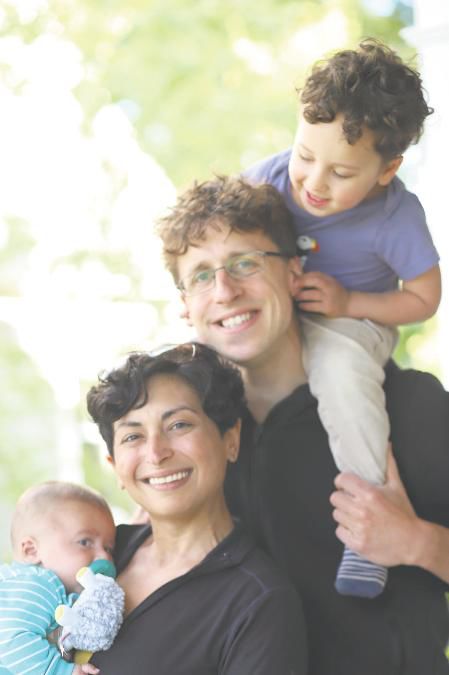 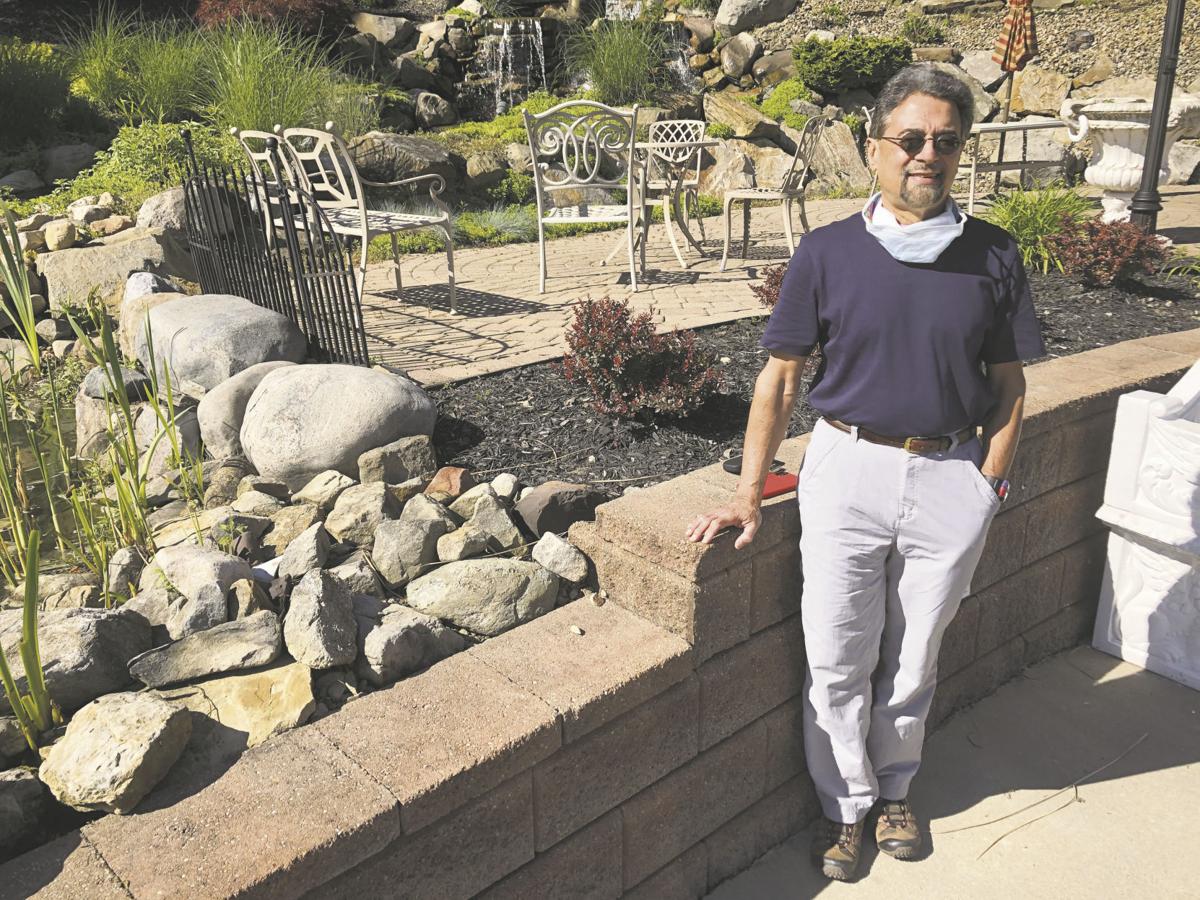 Dr. Sagar Vallabh relaxes away from work as a gastroenterologist at Sharon Regional Medical Center.

The wedding ceremony combined elements of the bride’s ancestral Indian traditions — including a stage for the exchange of vows and a Hindu priest — with a few alterations.

After the ceremony, the guests — about 300 of them — enjoyed an Indian buffet with dancing.

Sonia Vallabh, the bride, called it a “modified Indian ceremony.” She also called it beautiful.

The wedding and reception, held almost 11 years ago in the backyard of her parents’ home in Hermitage, was almost completely the work of Sonia’s mother, Kamni Vallabh.

“My mom was 51 and she organized the whole wedding,” said Sonia Vallabh, the bride. “She did a heroic job.”

Only a year later, Kamni Vallabh was unable to walk or see. Within a year and half of the wedding, she would be gone.

Until only a few days before Kamni’s death, even her doctors couldn’t identify exactly what was killing her. And even then, it would still be almost a year before testing would indicate that the same disorder that took Kamni Vallabh’s life lay dormant in the genes of her newly wedded daughter, waiting to claim her life too.

But Sonia Vallabh and her husband, Eric Minikel, weren’t about to passively accept that fate.

When Dr. Sagar Vallabh — Kamni’s husband and Sonia’s father — arrived in the United States to begin his medical career, he had thought about planting stakes in a large city, like Visakhapatnam, a metropolitan area of more than 2 million residents in the eastern Indian state of Andhra Pradesh.

But then a friend, an allergist, suggested the small-town area in western Pennsylvania and northeastern Ohio.

He wound up building a life and a career in the Shenango Valley, where they raised two children.

The Vallabh family lived in Hermitage for more than 35 years, while Sagar Vallabh worked as a gastroenterologist, the branch of medicine dealing with the digestive system, at what is now Sharon Regional Medical Center.

Sonia attended Hermitage schools through eighth grade and graduated from Western Reserve Academy, a boarding school in northeastern Ohio, in 2002. She then attended Swarthmore College.

When she married Minikel, Sonia was attending Harvard University School of Law.

Early in 2010, only a few months after the “heroic” effort at her daughter’s wedding, Kamni Vallabh began to show signs of illness — memory lapses, failing vision, muscular weakness and trouble walking.

By March, Sagar said his wife had lost weight and was often disoriented.

Soon, Kamni had lost all mental function and had to be intubated to assist with her breathing. Still, doctors at Cleveland Clinic and the Brigham and Women’s Hospital in Boston were unable to figure out a diagnosis.

Sagar said the family was tortured by watching Kamni deteriorate, especially since no one could tell the family why. As a doctor, the lack of a diagnosis was even more frustrating.

“It was like a nightmare because no one could figure out what was going on,” he said.

And the nightmare didn’t end with a diagnosis. A spinal tap — the second one Kamni endured — revealed a tragic outcome.

The results answered their questions. But it also ended their hopes.

Kamni had prion disease, an illness caused by defective proteins in the brain. The defect is referred to, medically speaking, as misfolded proteins. Those proteins destroy otherwise healthy brain cells, resulting in accelerated mental degeneration.

The disease has human and animal variants, with Bovine Spongiform Encephalopathy — known informally as mad cow disease — being the best-known of the latter.

Prion disease is a biological fire that consumes everything it touches, leaving nothing behind.

And it works quickly.

Within days of getting their answer, Kamni Vallabh’s family had her removed from life support. She died on Dec. 23, 2010.

Less than a month earlier, she had been a completely healthy 51-year-old woman, as far as her loved ones knew.

As 2011 began, Sagar Vallabh and his daughter did what people do after enduring the loss of a mother and wife — they went on with their own lives.

He continued to work full-time at Sharon Regional. Sonia entered her final year of studies at Harvard Law School. Her husband began his career as an urban planner.

But the nightmare wasn’t over. An autopsy, performed in the National Prion Disease Pathology Surveillance Center at Case Western Reserve University in Cleveland, revealed that fatal familial insomnia had taken Kamni Vallabh’s life.

Fatal familial insomnia is among several variants of human prion disease. Like the others, it is fast-moving, incurable and always fatal.

Unlike the others, it’s inherited.

Now that doctors knew what — specifically, a gene — they were looking for, they could test for its presence in his daughter. For Sonia, there was no question about taking the test.

“From that point on, we wanted the information,” she said. “But we didn’t know how it would affect our lives.”

In December of 2011, almost exactly one year after her mother’s death, Sonia Vallabh got the results.

The news was not good.

“Entry into the research world”

The same blaze that had consumed Kamni Vallabh’s mind and took her life lay dormant in her daughter’s genes, waiting to roar into an inferno, with a similar outcome.

But Sonia Vallabh wasn’t about to face the fire without a bucket. Or her husband.

For her, the news was almost a relief. There were no more questions — only a search for answers.

“The moment I got the test result was the moment I could start adapting,” she said.

Instead of embarking on the careers they had planned — and the work they were educated to perform — they decided to work on finding a cure.

Eric took up bioinformatics, the study of biological data. In effect, he was taking the training of examining information about cities and applying it to the human body.

Sonia, who held a law degree, began studying scientific courses. By then, the two were living near Boston, so she took those classes at two of the world’s most prestigious scientific universities — Harvard and Massachusetts Institute of Technology.

“It was an entry into the research world,” she said.

She and Eric earned their doctoral degrees from Harvard Medical School and started the Prion Alliance, a registered nonprofit that is working on finding an effective treatment for prion disease. Sonia said 100 percent of donations to the Prion Alliance go toward finding a cure.

Sonia’s father, the doctor, thought at first that his daughter’s quest wasn’t the best idea.

“Frankly, I tried to dissuade her because I thought if she stayed with the law during the day, her mind will be off of the disease,” he said.

Sagar said he realizes that his daughter wouldn’t have responded any other way.

Sonia is working as an associated scientist with the Broad Institute, an interdisciplinary research center, based in Cambridge, Massachusetts, and run jointly by MIT and Harvard that combines research in biology, chemistry, mathematics, computation, and engineering with medical science and clinical findings.

Their story has been featured in a wide range of media outlets including Wired magazine, NPR, the New Yorker, and even earned the couple a visit with former President Barack Obama.

More importantly, as far as they’re concerned, Eric and Sonia have had some research success.

They are developing a preventative drug that has had some success in mice, with the hope of human trials next year.

At the same time, he gave up the Hermitage residence he once shared with his wife and daughter, and moved to the Boston area to be closer to Sonia and Eric, who live in the city’s suburbs.

His current work status allows him to visit his own parents — his mother is 88 years old, his father, 97 — who still live in Visakhapatnam.

“I’m blessed in that I’m the only person I know my age with two living parents,” he said.

It also puts him close to his daughter. And his grandchildren.

Sonia and Eric have had two children, both implanted through in vitro fertilization. The couple had their embryos tested for the genetic propensity for fatal familial insomnia and selected only those that were negative.

“It was a long road,” Sonia said. “It was really kind of a challenge, but it was amazing and we’re fortunate to have a positive outcome.”

Now 36 — 16 years younger than her mother was when prion disease claimed her life — Sonia said she doesn’t dwell on the fire, lying dormant in her brain.

The experience of going into a room and forgetting why, or misplacing car keys, is a common one. For someone with a fatal brain disease, though, there is the temptation of wondering if a simple case of absent-mindedness is the beginning of the end.

But Sonia said she doesn’t indulge that temptation. And her extensive study of the human brain over the last 10 years gives her comfort.

“I don’t really think about that,” she said. “The human brain is so complicated. It has so many ups and downs. Most of the time when you forget something, it’s just that the brain is complicated.”

Sagar Vallabh — who lives at a hotel in the Shenango Valley about one week a month and splits the rest of his time between his daughter in Massachusetts and his parents in India, with 36-hour flights each way — might have tried to talk his daughter out of fighting the disease that took her mother.

But he now realizes that Sonia’s reaction to her test results was entirely predictable, given what he knows about his daughter.

“She’s the type of person who jumps right in, so with whatever time she has left, she’s going to work on this,” he said.

For more information on the work by Sonia Vallabh and Eric Minikel, visit the Prion Alliance web site, http://www.prionalliance.org/

NOTE: This article has been edited to reflect that Sonia Vallabh is a graduate of Harvard Law School.

Frances E. Astone DiFeo, 90, of Sharon, passed away on Wednesday (7-1-20) in Sharon Regional Medical Center, Sharon. She was born on May 5, 1930, in Sharon to Carmelo and Rosalie S. Oliver Astone. She graduated from Sharon High School. She was married to Henry C. DiFeo; he passed away. Franc…