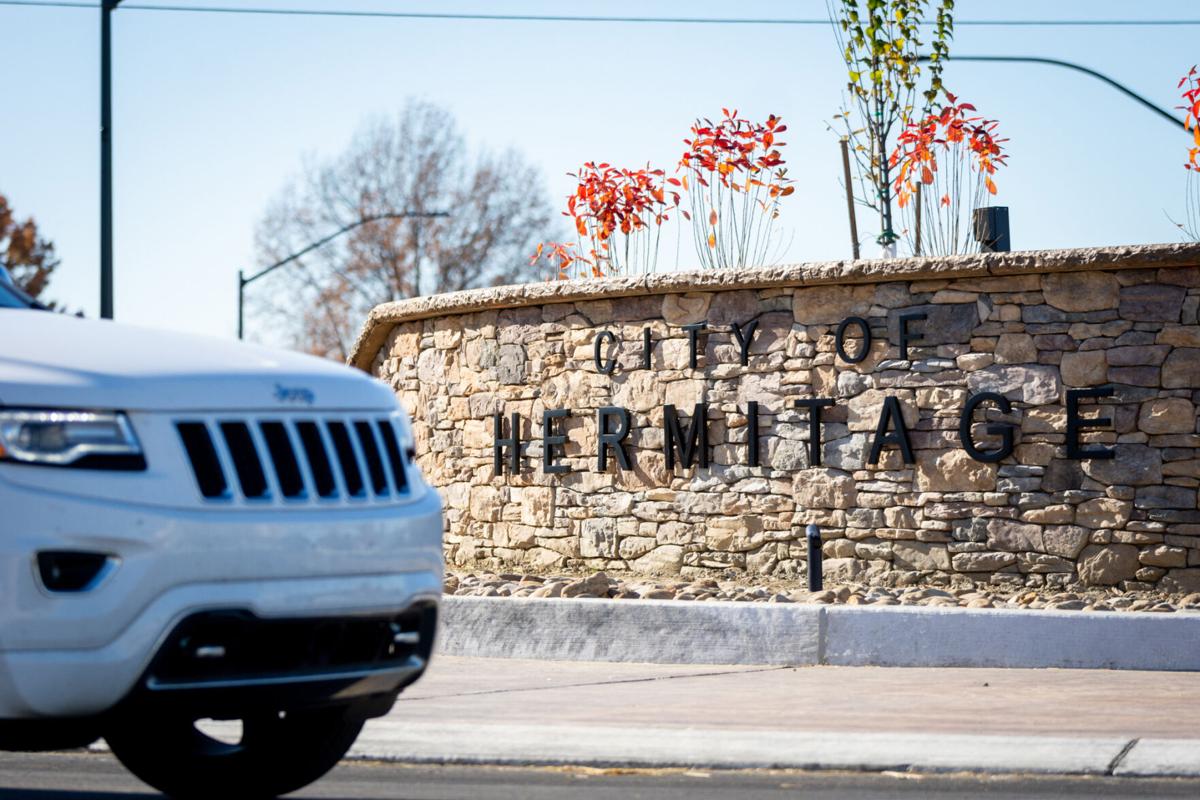 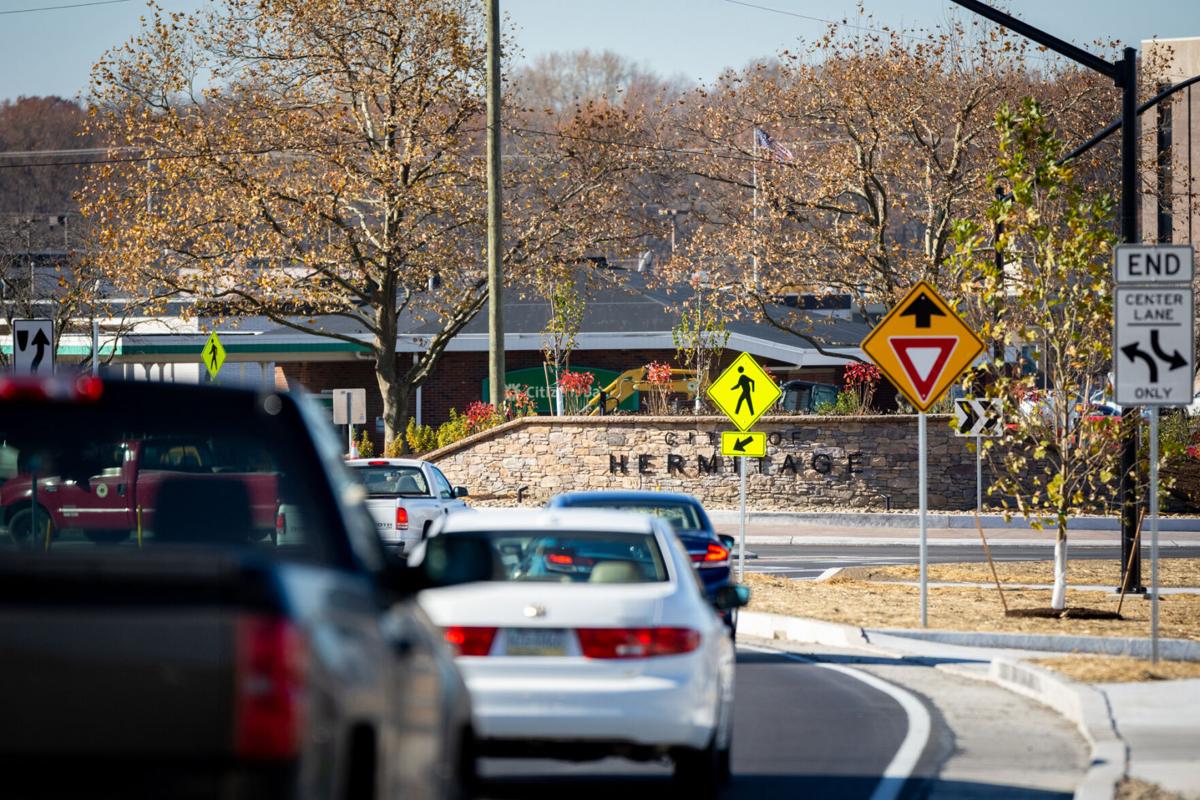 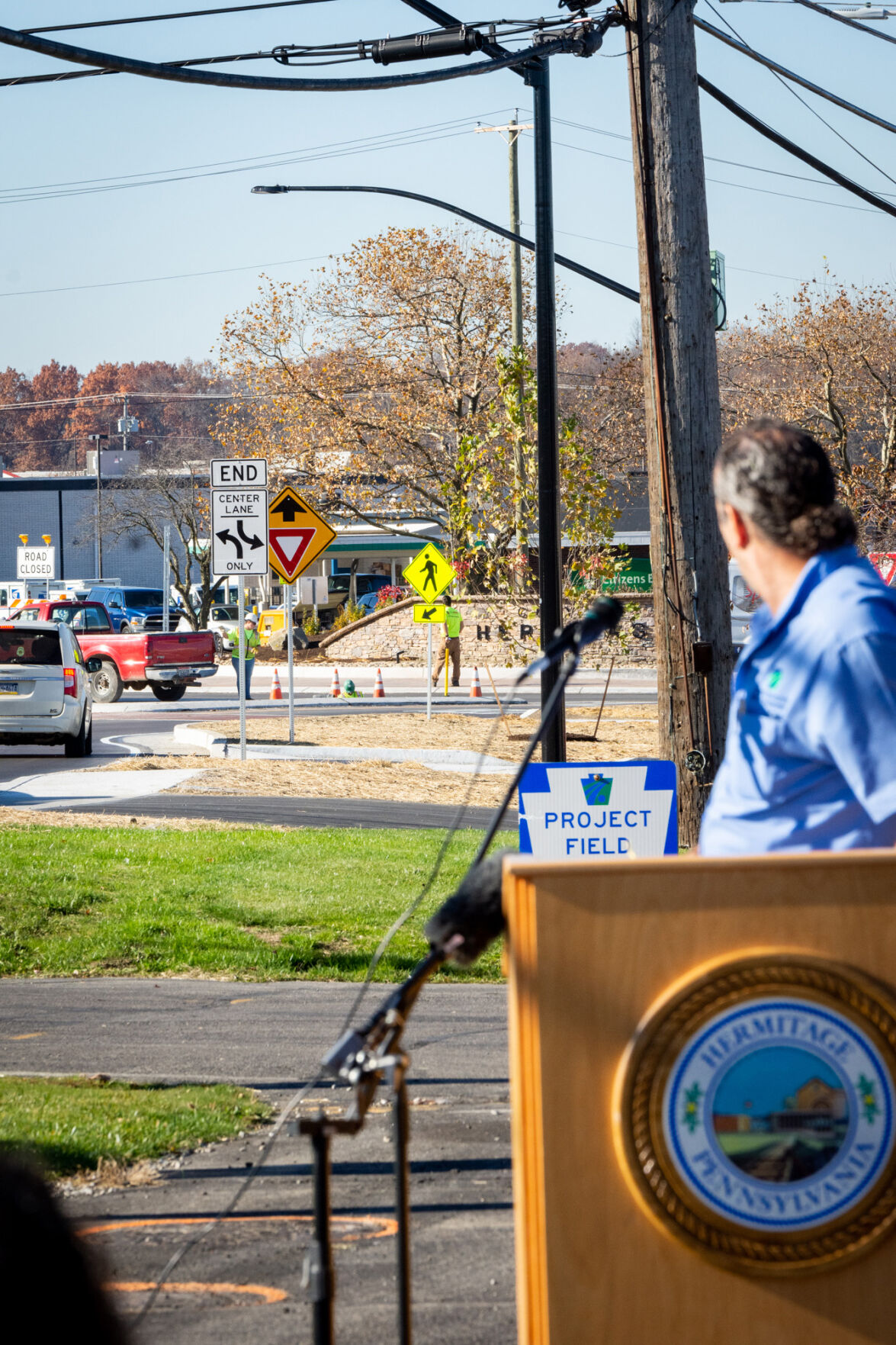 TANNER MONDOK | Herald Reggie Jannetti, PennDOT project engineer, looks back at the Hermitage roundabout Monday during an opening ceremony for the circular intersection. 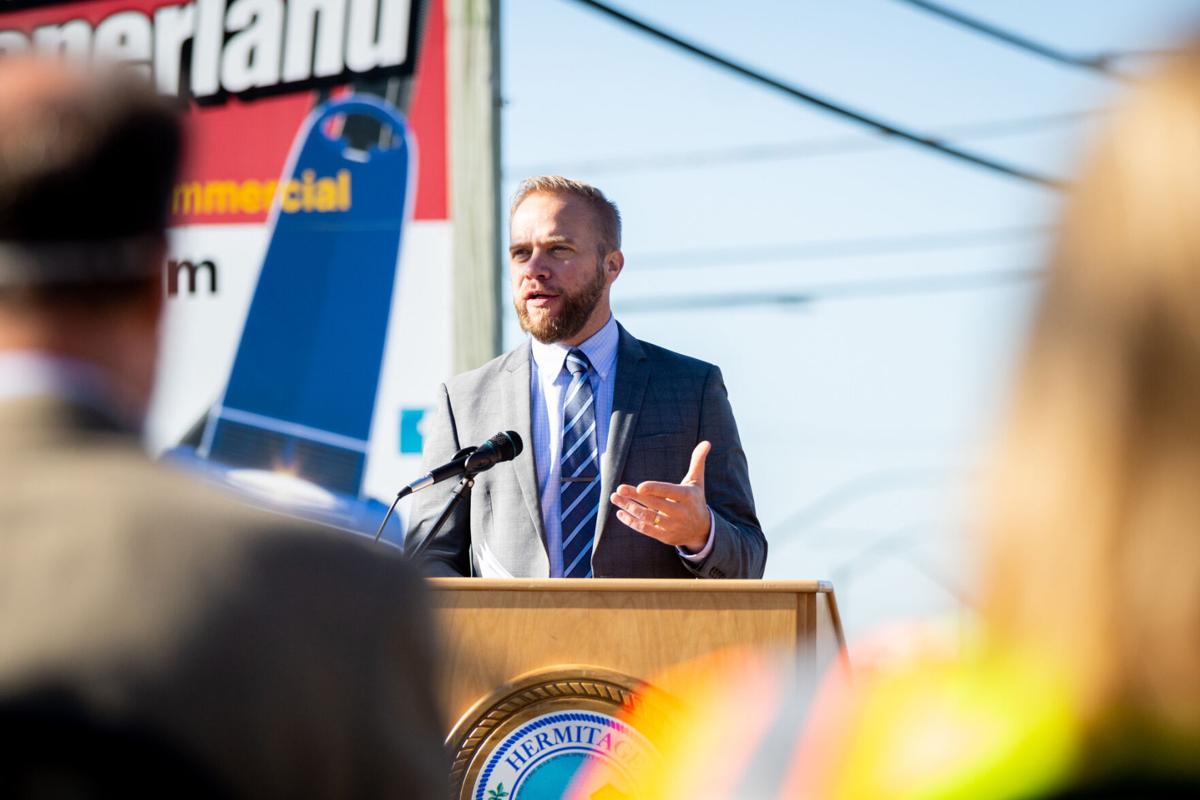 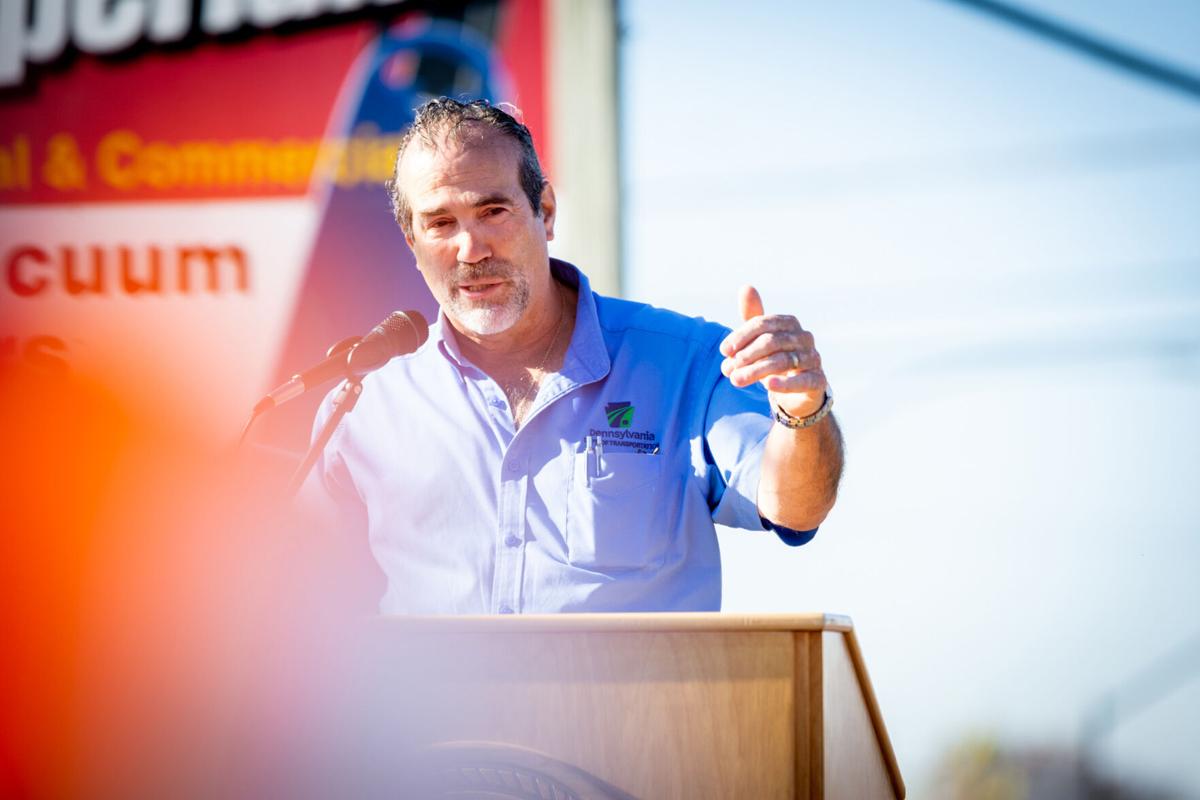 HERMITAGE — Greeting westbound traffic on East State Street is the newly-completed roundabout and its wall adorned with "City of Hermitage," but state and local officials say the roundabout also signals changes coming in the city's future.

State Rep. Mark Longietti said the roundabout was one of the first steps toward developing a town center near the Shenango Valley Mall property in Hermitage, as outlined in the city’s comprehensive plan, “Hermitage 2030.”

“We recognize that this roundabout is the start of something much, much bigger,” said Longietti, D-7, Hermiotage.

State multimodal funds secured with assistance from Longietti and state Sen. Michele Brooks will also be used for this the town center project, including improvements for vehicle and pedestrian traffic, Longietti said.

As officials and representatives gathered Monday morning in the parking lot of Smoky Martin’s BBQ to recognize the roundabout’s completion, nearby traffic could noticeably be seen entering and leaving the roundabout, without the interruption of a stoplight.

William Moder, president of the Hermitage Board of Commissioners, said the city appreciated the $4 million investment by the Pennsylvania Department of Transportation, as well as the other work surrounding the roundabout, including drainage improvements, curb ramps and lighting.

Roundabouts, or traffic circles, are relatively new for the area. The Hermitage roundabout is Mercer County’s second, after one completed in 2018 in Sharon. However, Moder said he has not heard complaints from residents since that roundabout was completed.

Like Longietti, Moder said the roundabout will be an important part toward the city’s town center initiative, particularly with the development of the mall property, since the roundabout includes not just the intersection of East State Street and the Shenango Valley Freeway, but an entrance to the mall.

“As PennDOT’s said, as people get used to roundabouts, they’ll accept them, and I think that’s happening,” Moder said.

PennDOT District 1 Executive Brian McNulty said the idea of building a roundabout at the intersection started in 2011-12 with a Mercer County Regional Planning Commission study of the East State Street corridor. The study identified areas of concern or for improvement, including the intersection of East State Street and the Shenango Valley Freeway.

Preliminary engineering on the project began in 2015, and it was determined there had been 26 reportable crashes at the intersection in five years. PennDOT officials then held meetings to get comments from local residents, businesses and municipal officials. That public process led to some design changes, McNulty said.

“At one point it was intended for the roundabout to have two lanes, but there were some concerns about that and it was changed to one lane. But it can be expanded to two lanes in the future,” McNulty said.

The roundabout was originally expected to be completed in late September, but McNulty said the onset of the COVID-19 pandemic delayed construction by about six weeks. PennDOT Project Manager Reggie Jannetti praised the various contractors involved with completing the roundabout in a timely manner in spite of the pandemic.

Jannetti also provided some safety tips for drivers, including a recommendation that drivers use turn signals to indicate when they are leaving the roundabout.

According to PennDOT, 15,400 vehicles pass through the intersection daily.

By design, the roundabout requires drivers to slow down as they enter, which Jannetti said will help improve safety. McNulty said the roundabout is expected to decrease serious car accidents by about 75 percent while increasing the flow of traffic by about 30 percent.

The $3.8 million was paid for entirely with state funds in a contract awarded to Kirila Contractors of Brookfield, Ohio, according to PennDOT. Kirila and PennDOT maintained access to local businesses during construction, which began last spring.

VIDEO: The roundabout opened to traffic earlier this month, but an official opening was organized Monday morning in the parking lot of Smoky M…