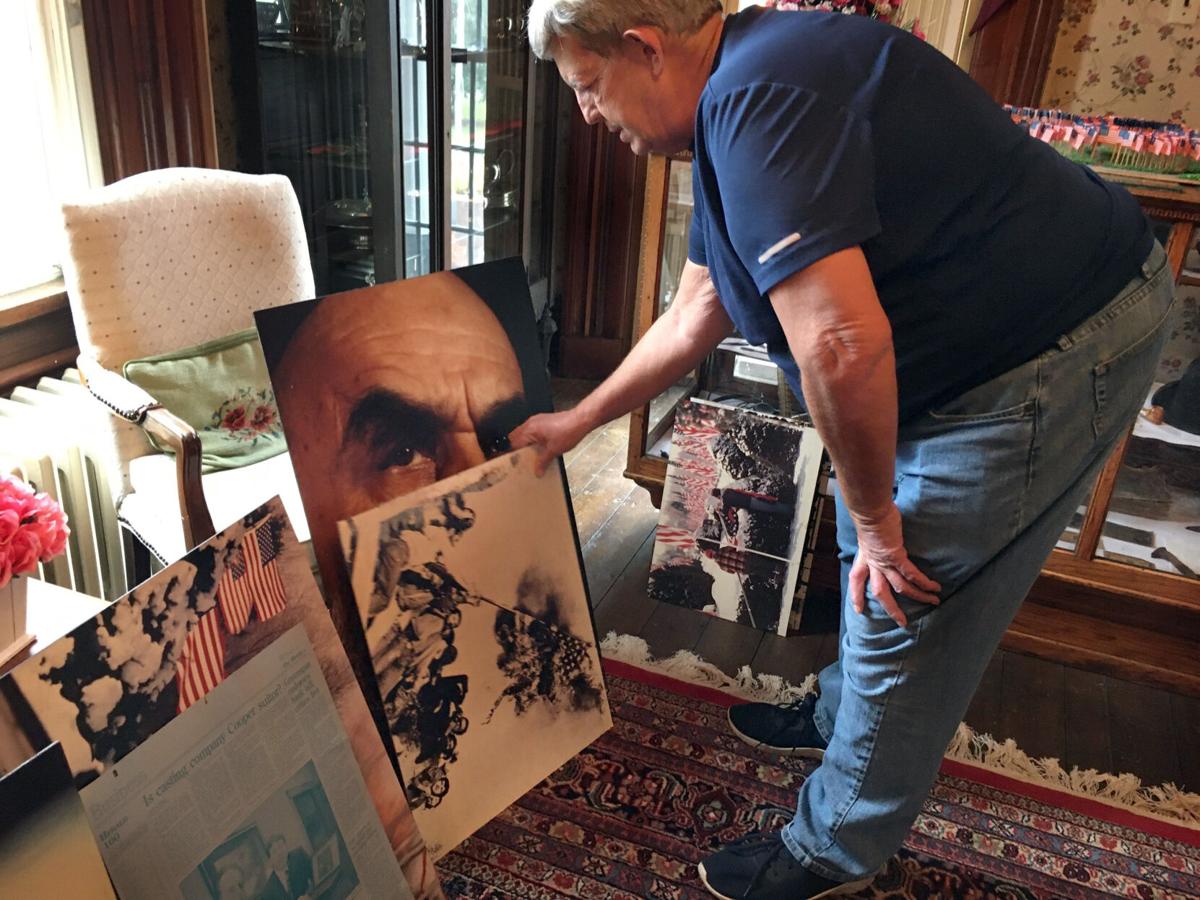 Hermitage Historical Society treasurer Rod McAdams sorts through photos of the Iran hostage crisis, which will be part of a presentation on the event from 1 to 4 p.m. Oct. 17 at the Stewart House, 5465 E. State St., Hermitage. 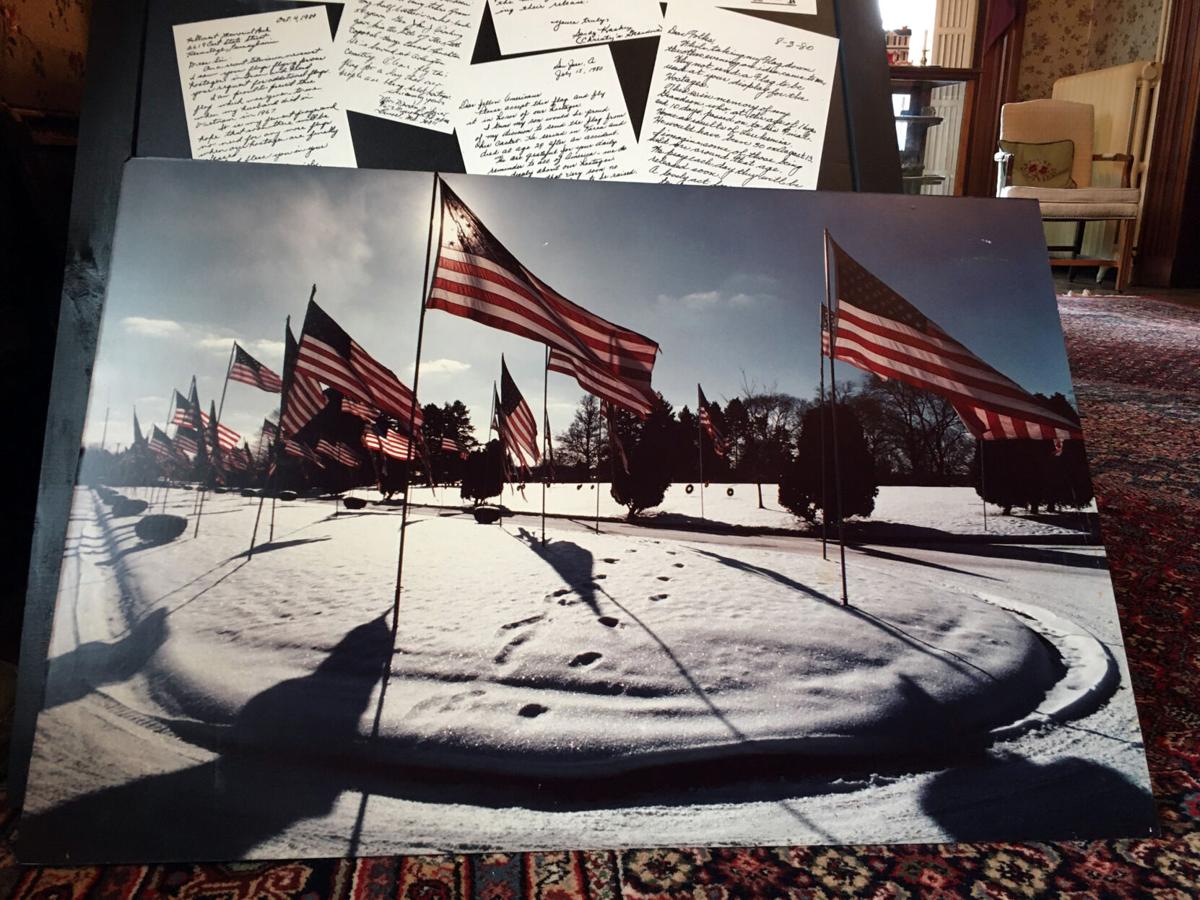 This image of the Avenue of 444 Flags is part of a photograph collection detailing the Iran hostage crisis at the Hermitage Historical Society. 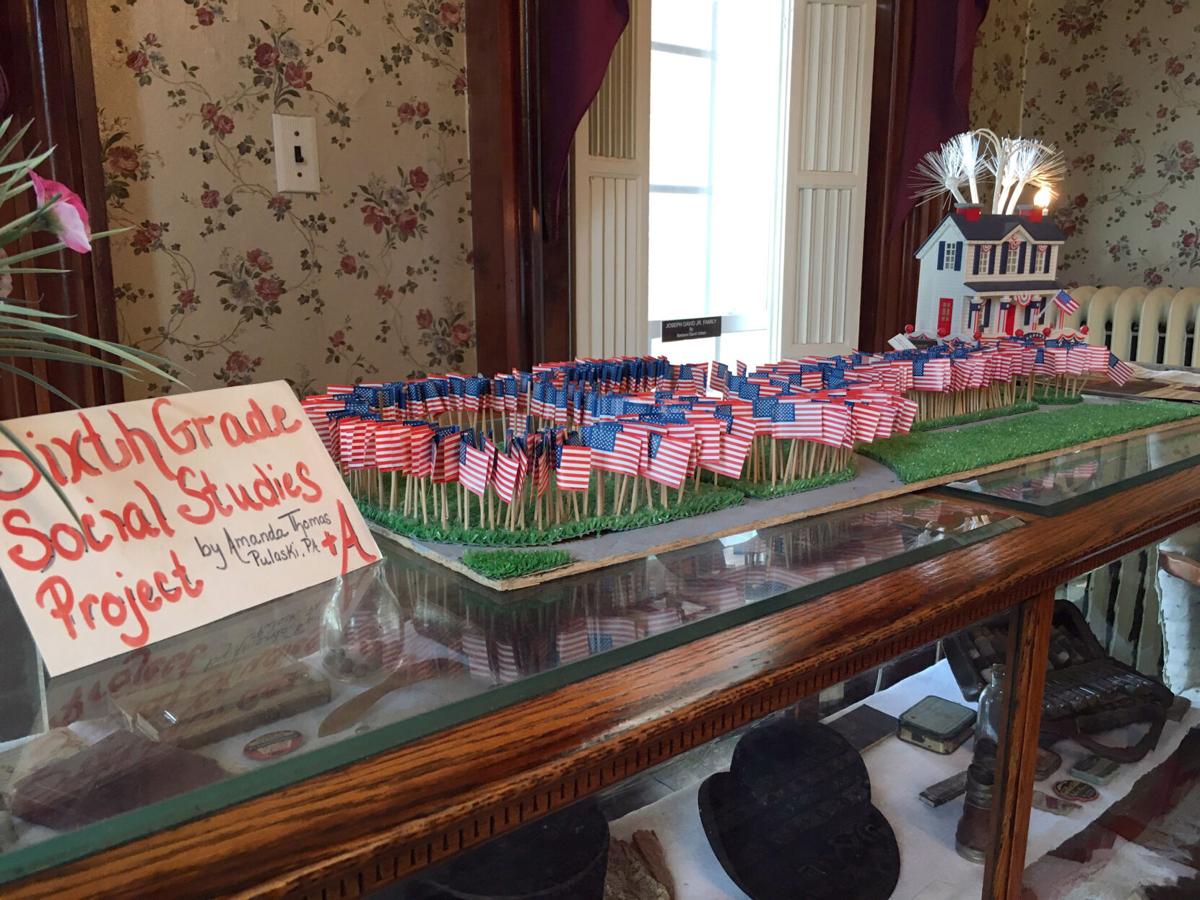 Years ago, Pulaski sixth-grader Amanda Tomas built a model of the Avenue of 444 Flags as a social studies project. Her model is among the artifacts now on display at the Hermitage Historical Society. 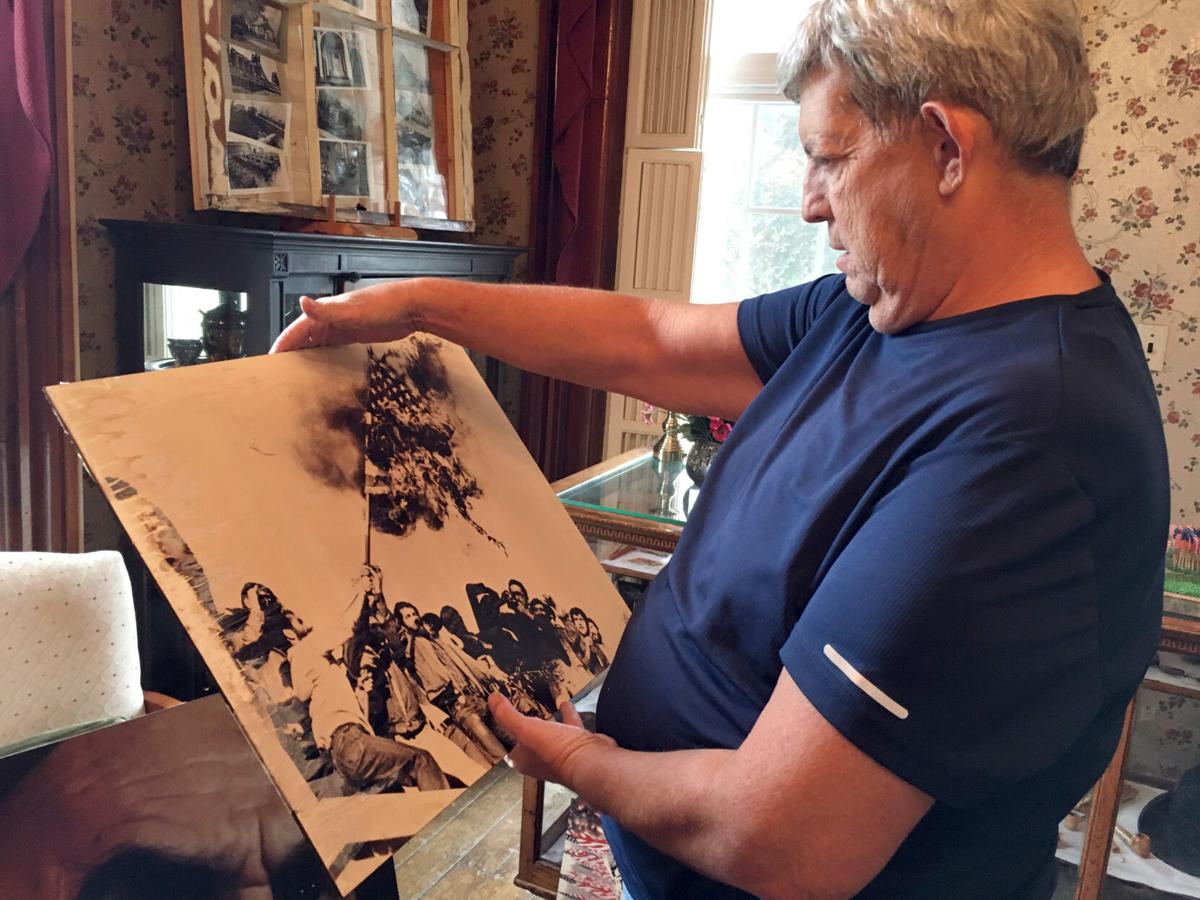 Hermitage Historical Society treasurer Rod McAdams sorts through photos of the Iran hostage crisis, which will be part of a presentation on the event from 1 to 4 p.m. Oct. 17 at the Stewart House, 5465 E. State St., Hermitage.

HERMITAGE — Motorists have likely seen the Avenue of 444 Flags as they drive along East State Street in Hermitage, but an upcoming exhibit will give residents a unique view of the Iran hostage crisis those flags represent.

The pandemic forced Hermitage Historical Society to postpone an observance it planned last year to mark the 40th anniversary of the release of 52 American hostages, who were held from November 1979 to January 1981 at the American embassy in Tehran, Iran, by Islamic revolutionaries.

Now, the society is making up for lost time, said Treasurer Rod McAdams. The historical society will hold a program at 1 p.m. Oct. 17, at its Stewart House headquarters, 5465 E. State St., Hermitage.

The display will include more than 50 photographs, ranging from photos of the Iranian hostage-takers to pictures of anti-Iran protests in the United States, and a looped video showing the history of the Avenue of 444 flags.

“It really put Hermitage on the map,” McAdams said of the avenue.

The items were curated by the late Tom Flynn, former owner of Hillcrest Memorial Park, now called America’s Cemetery, and donated to the society by Tom’s son and daughter-in-law John and Jennifer Flynn in 2020. Tom, an Army veteran, gathered the materials as he closely followed the Iran hostage crisis.

Tom Flynn started the Avenue of 444 Flags by erecting 50 state flags around an American flag in the cemetery to reflect the approximate number of hostages, followed by 100 American flags to mark their 100th day of captivity. As the crisis continued, Tom started setting up a flag to mark each day the hostages were in captivity, eventually culminating in a collection of 444 flags by the time of the hostages’ release.

For a time, Tom also set up a trailer in the cemetery that served as the “Avenue of 444 Flags Freedom Museum,” which chronicled the crisis. It was located where the Hillcrest-Flynn Pet Funeral Home and Crematory is today until it moved across the street onto what had been a Shenango Valley visitors’ center. The museum and the visitors center were later closed and demolished sometime in the 1990s.

“It brought back a lot of memories, even though it happened 40 years ago,” McAdams said.

John Flynn, now the city fire chief, and Jennifer, who used to work as a tour guide at the Avenue of 444 Flags and the museum, will speak during the event on Oct. 17. John’s brother, Tom Flynn Jr., is also expected to make an appearance, McAdams said.

“John was 10 at the time, so a lot of his memories were visuals of what was happening at the time, while his wife used to ride on the tour bus and she would do the presentation,” McAdams said.

The event will be open to the public and the program will begin in the garage, where an outdoors setting may allow for greater attendance. The historical society will follow any safety guidelines in place at the time, McAdams said.

The photographs are expected to be set up by the Thursday or Friday the event and might be kept on display the following weeks for visitors or school groups to view the collection. Future updates on the display will be posted to the Hermitage Historical Society’s Facebook page.

A steady rain early...then remaining cloudy with a few showers. Low 54F. Winds SSE at 5 to 10 mph. Chance of rain 100%. Rainfall near a quarter of an inch.

Rain early...then remaining cloudy with showers late. Low 48F. Winds WSW at 5 to 10 mph. Chance of rain 80%. Rainfall near a quarter of an inch.