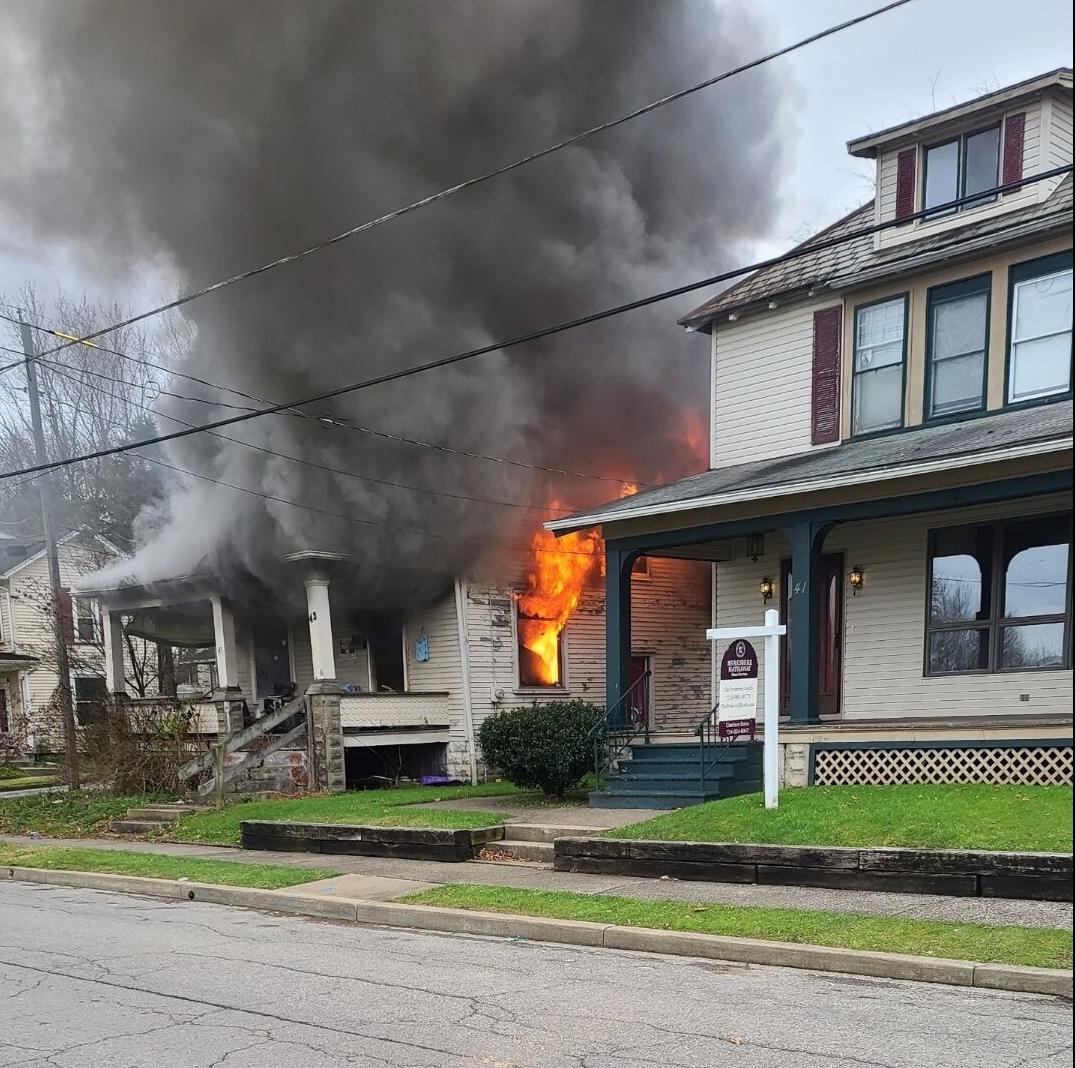 Flames and smoke pour out of a house Friday at 43 S. Second Street in Greenville. The house was destroyed by the fire, but no one was injured. 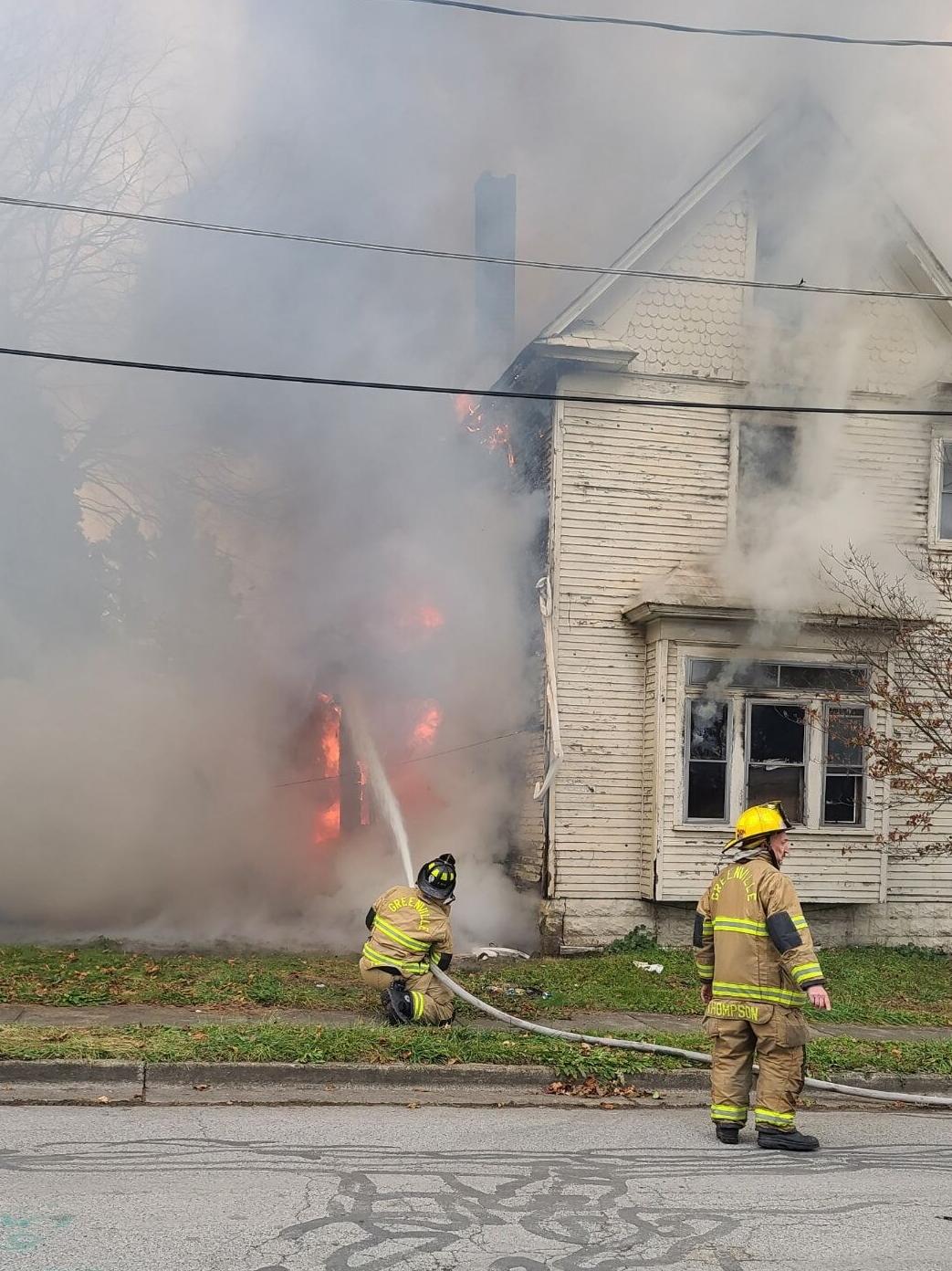 Flames and smoke pour out of a house Friday at 43 S. Second Street in Greenville. The house was destroyed by the fire, but no one was injured.

Greenville Fire Department said the blaze broke out just before noon at 43 S. Second St. No one was injured, but Greenville fire Lt. Steve Thompson said the residence, owned and occupied by Mike Renner, was a total loss.

The American Red Cross is assisting the occupant. The home was uninsured, Thompson said.

However, a fast response by firefighters prevented loss of a neighboring house at 41 S. Second St. Thompson said the fire’s heat melted vinyl siding and broke windows on the neighboring house.

A motorist drove over one of the fire hoses, which is illegal, and damaged the hose. Thompson said the car’s undercarriage cut through the hose’s jacket.

The fire’s cause remains under investigation.