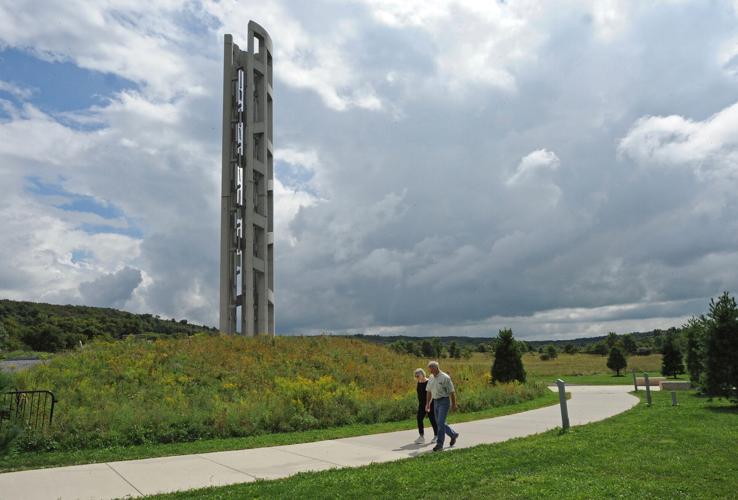 Visitors are shown at the Tower of Voices at the Flight 93 National Memorial near Shanksville, Pa., Tuesday. Sunday marks the 21st anniversary of the tragedy. 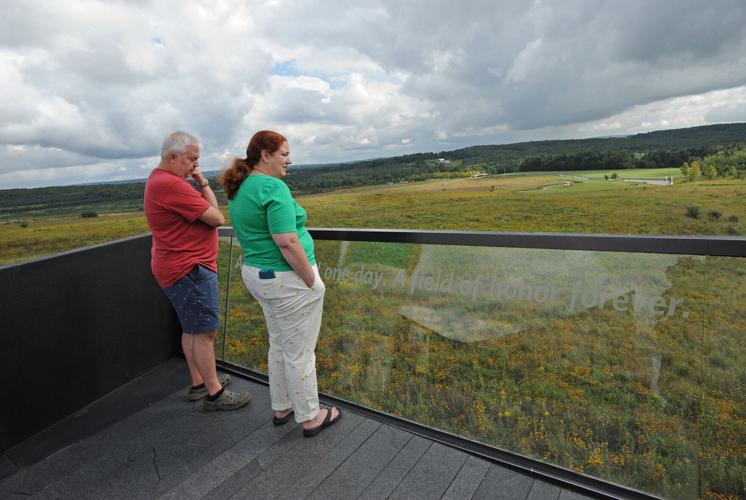 Robert and Audrey White, of Baltimore, look out over the grounds of Flight 93 National Memorial during a visit on Tuesday.

Visitors are shown at the Tower of Voices at the Flight 93 National Memorial near Shanksville, Pa., Tuesday. Sunday marks the 21st anniversary of the tragedy.

Robert and Audrey White, of Baltimore, look out over the grounds of Flight 93 National Memorial during a visit on Tuesday.

SHANKSVILLE, Pa. – When bells toll Sunday in honor of the 40 passengers and crew members of United Airlines Flight 93 on the anniversary of the hijacked jet’s crash, the public will be there to hear them for the first time since 2019.

National Park Service officials will have the gates to Flight 93 National Memorial open all day on Sunday, the 21st anniversary of the Sept. 11 terrorist attacks, including during the solemn Service of Remembrance.

With the anniversary of the attacks arriving on a weekend this year, it’s likely that 10,000 people could travel to the memorial if the weather cooperates, said Adam Shaffer, the memorial’s chief of interpretation.

“After the past two years, we’re excited to be in the position to welcome everyone to the service again,” he said.

The service will be held at 9:45 a.m. in the Memorial Plaza. Shuttles will start running at 7 a.m. to transport visitors from designated parking lots to the plaza, Shaffer said.

At 10:03 a.m. – when Flight 93 crashed on Sept. 11, 2001 – the names of each passenger and crew member will be read and the Bells of Remembrance will be rung in their memory. The program concludes each year with a wreath-laying ceremony at the Wall of Names.

Shaffer said he expects that at least 50 family members of Flight 93’s “heroes” will attend the event.

Compared to the observance of the 20th anniversary of the attacks at Flight 93 National Memorial, which included former President George W. Bush, Vice President Kamala Harris, several days full of events and flickering nighttime luminaries, the upcoming weekend will be a bit less high-profile.

The National Park Service planned it that way. Major remembrances will be reserved for milestone dates such as the 25th and 30th anniversaries, officials told The Tribune-Democrat in 2021.

But with the park open to the public for the ceremony this year, the memorial site may see larger crowds over the entire day, Shaffer said.

The park will open at 7 a.m. and signs will direct visitors to parking areas, he said.

To view the ceremony from home, visit www.youtube.com/c/Flight93NationalMemorial/videos.