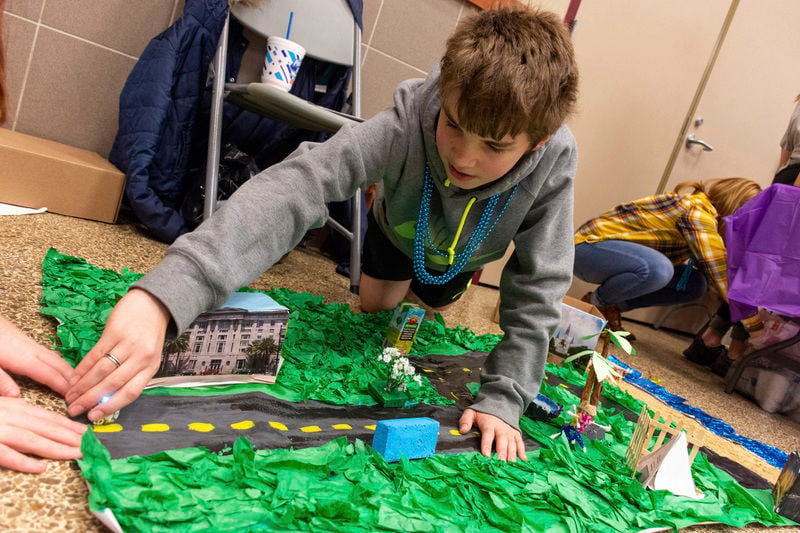 Kody Allen, 12, of Sharpsville positions a tiny ozobot on a miniature New Orleans during a Mardi Gras-themed STEAM celebration Tuesday at the Mercer County Career Center in Mercer. 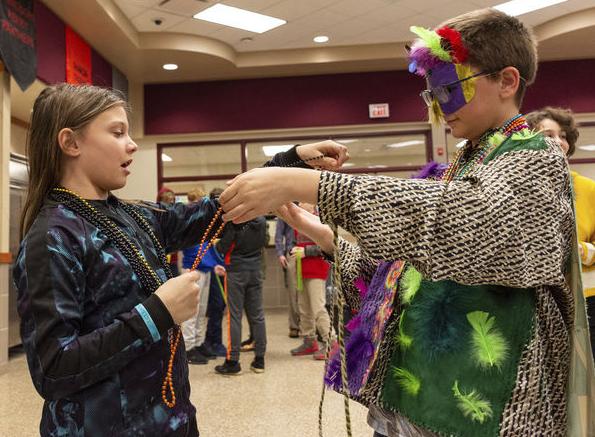 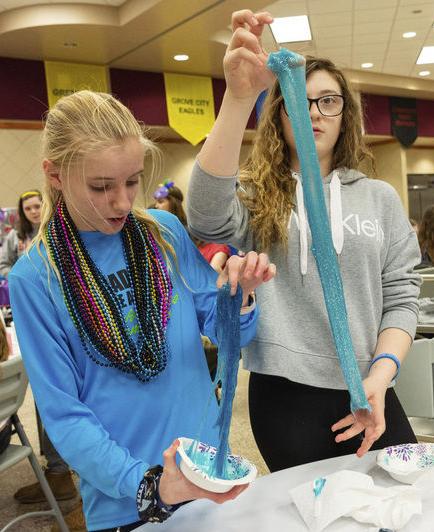 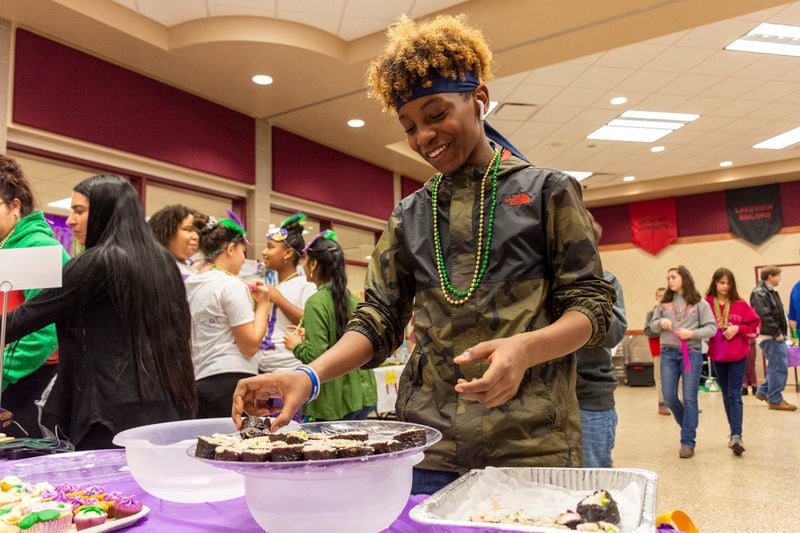 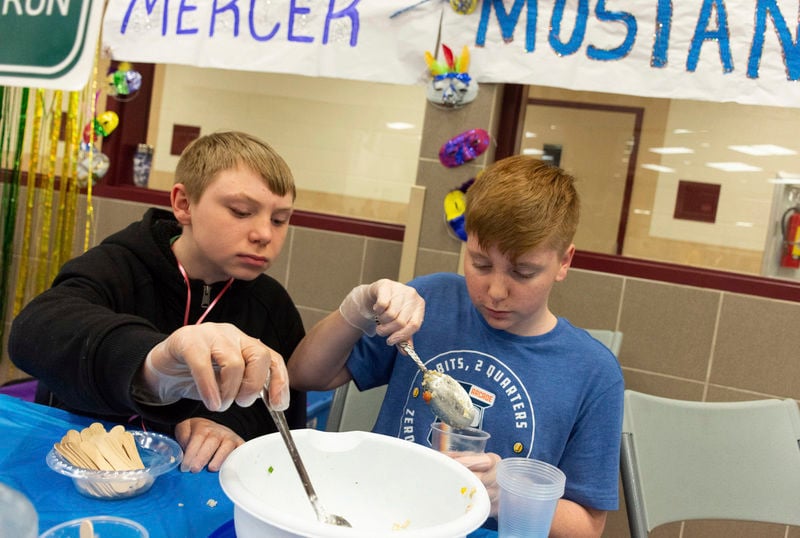 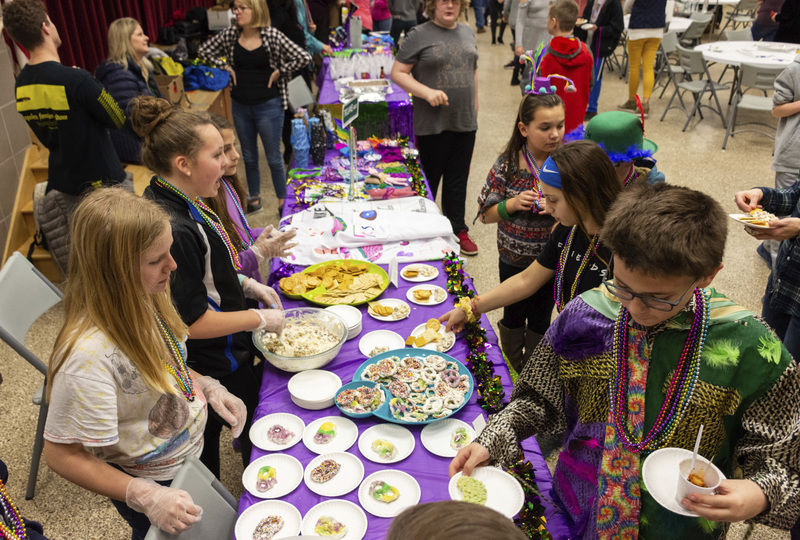 COOLSPRING TOWNSHIP — A nationwide movement to encourage student proficiency in science, technology, engineering, art and math is taking place across the U.S., and Mercer County is no exception.

“It’s important we give students the opportunity to explore and enhance opportunities in those fields,” Schaller said. “The idea is to create a learning experience that’s fun and engaging.”

Schaller said about 70 percent of all jobs will require some form of digital literacy in the next few years, so it’s important to reach students now.

“This is a showcase of things they’ve done all year,” Micsky said. “It’s an awesome program for kids.”

“It’s all very educational,” Getway said. “We try to make it as fun and as educational as we can.”

“I feel proud of the work we did,” Kody said.

Schaller said United Way provides the curriculum for area school districts but that each site ultimately brings its own focus.

She stressed the importance of reaching youngsters during their middle school years because it’s a “key development point” for students.

“It’s when students check out,” she said. “It’s when they decide they’re not good at something.”

Schaller said students begin to develop their strengths and weaknesses in junior high and stressed the importance of project-based challenges.

“When you apply skills, you learn faster,” she said.

“It gives kids a sense of belonging, that they’re part of something bigger,” Gregory said.

“I think kids have a sense of belonging, family and accomplishment,” she said of the after-school program.

Thurber considers the program “special” because it’s not open to all students, she said.

“There’s a bigger emotional and social component to the program,” Thurber added.

Thurber said she sees students who consistently come to the after-school program connect with each other in the hallways at school.

“Different types of kids have become friends,” she said.

After school students participate in enrichment activities like cooking and sewing that otherwise couldn’t be facilitated in a regular classroom, said Greenville STEAM instructor Caitlyn Bleggi.

“I think it helps students think about what they want to be when they grow up,” Banic said.

The after school STEAM Academies are funded through the 21st Century Community Learning Center federal grant and are under the umbrella of the United Way of Mercer County, Schaller said.