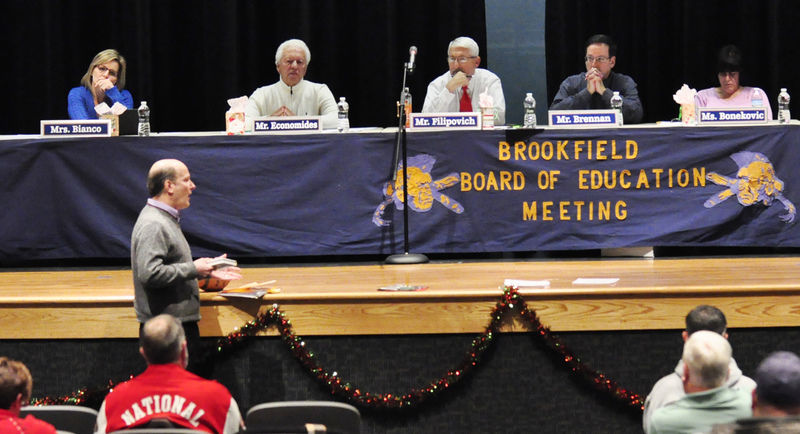 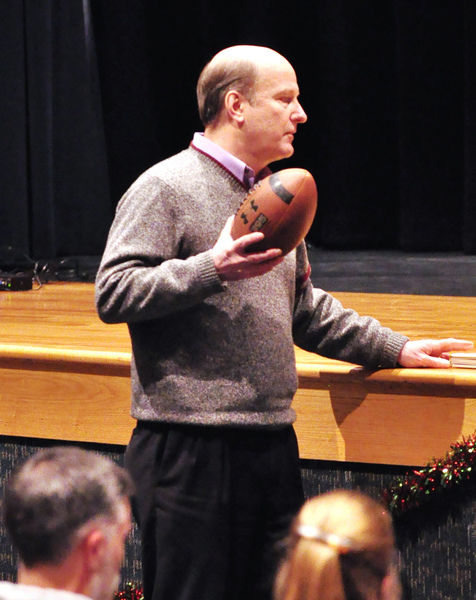 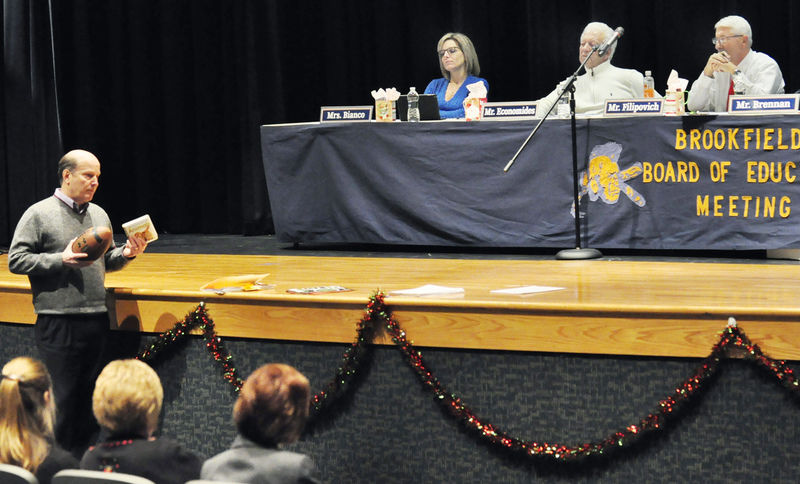 DAVID E. DALE | Herald Trustee Gary Lees, left, wants Brookfield school directors to get behind a plan to present every newborn in Brookfield with a book.

DAVID E. DALE | Herald Trustee Gary Lees, left, wants Brookfield school directors to get behind a plan to present every newborn in Brookfield with a book.

BROOKFIELD – The quality of the school system is critical to drawing people and businesses to Brookfield and Trustee Gary Lees is ready to leap full-time into helping that come about.

Stealing an idea from a booster club in Massillon, Ohio, where every newborn male in the township is given a miniature football, Lees wants to present a book to every newborn in Brookfield.

“It starts right then. We have to let it be known that education is our number one priority. And we have to get these parents involved right from the start to teach that child to read. If they can’t read by the time they reach kindergarten, they’re already two years behind,” Lees said.

He approached school directors last week to ask for their support for the First Book program. Nationally recognized, there are many corporate sponsors willing to fund the idea with grants, Lees said.

“Target has committed one billion dollars to this” and “we need to apply for a grant. We qualify,” he said.

School directors echoed Lees sentiments and said they had no objection to seeking grants to pay for the books.

Lees said the township would donate the first $100 to get the program going, in case there is a new baby born in the first part of the year.

“I’m serious about this. It affected me personally and I want to say how thankful I am that there were teachers who cared enough to help me,” he said.

Lees said he had a reading disability in his early grade-school years and was grateful he was able to overcome it later. He also said most of the clients he sees in his work as a probation officer have problems directly tied to difficulties in school.

“I see kids struggling to read and I know it starts as a baby. You have to have a parent willing to spend the time. I see a lot of these kids on probation who didn’t have that and they have the scars to show it,” Lees said.

Once Lees is aware of a newborn baby in the township, he, along with a school board member, will take a book to the baby’s home. Director Rhonda Bonekovic said she was willing to deliver the books.

Lees, who said he is soon retiring as a Trumbull County probation officer, plans to make himself available to help the school district as much as he can. He’s already held several meetings with Superintendent Tim Saxton to address truancy issues, social host laws and to jointly recoup some $400,000 in delinquent property taxes.

“I want to help. I want us to work together and put education first. That’s what’s going to save Brookfield,” he said.

School directors have also been attending monthly trustee meetings as the two groups work together to promote education and the future growth of the township.

OXFORD TOWNSHIP, Mich. (AP) — The parents of a teenager accused of killing four students at a Michigan school were summoned to discuss his behavior just a few hours before the violence, a sheriff said.

WASHINGTON (AP) — A person in California who had been vaccinated against COVID-19 became the first in the U.S. to have an identified case of the omicron variant, the White House announced Wednesday as scientists continue to study the risks posed by the new virus strain.