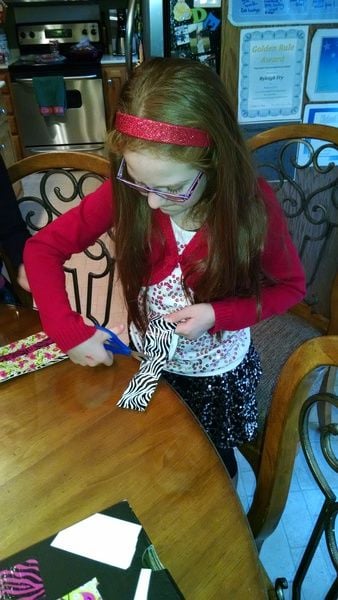 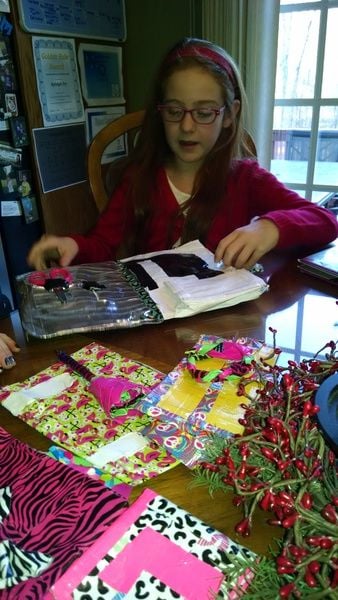 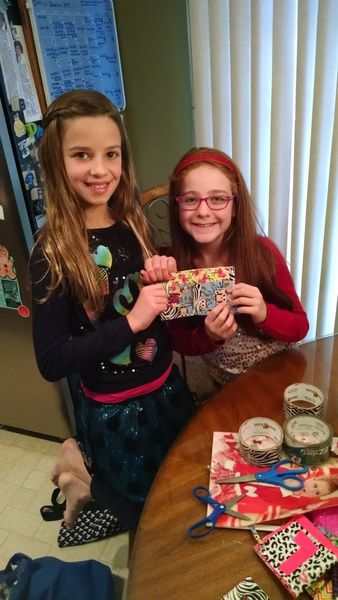 JOE PINCHOT | HeraldChasie Fry, left, and Lyndzie Springer hold a wallet they made from duct tape. 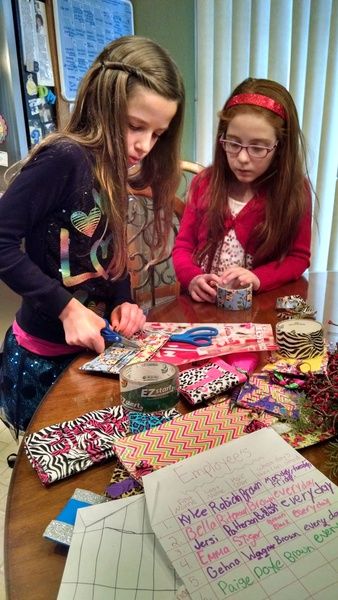 JOE PINCHOT | HeraldChasie Fry cuts the excess off a wallet made from duct tape. 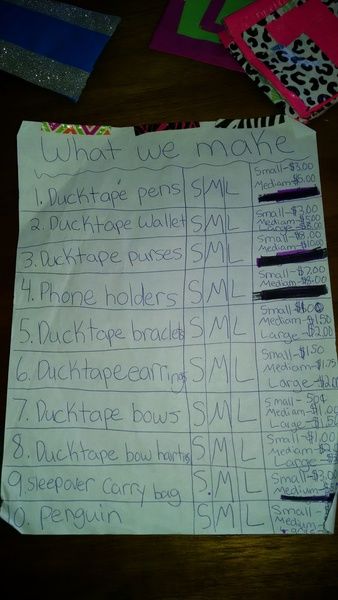 JOE PINCHOT | HeraldChasie Fry, left, and Lyndzie Springer hold a wallet they made from duct tape.

JOE PINCHOT | HeraldChasie Fry cuts the excess off a wallet made from duct tape.

But, Sharpsville Elementary School has two students who are both.

Chasie Fry, 9, and Lyndzie Springer, 10, both of South Pymatuning Township, met on the school bus as kindergarten students and became fast friends. They are naturally creative types and love bouncing ideas off each other, said Lyndzie's mom, Dejah Springer.

They also show a compassionate side not often seen in kids their age. The girls started a business, as they call it, for the simple purpose of raising money to give away.

"We don't need the money but they do," Chasie said of children who are sick or don't always have enough to eat.

Their business launched over the summer when they held a car wash and bake sale. They also sold lemonade and bracelets, raising $86, which they sent to St. Jude's Children's Research Hospital in Memphis, Tenn.

"We feel bad for the kids who are really sick," Lyndzie said.

They then turned their attention to duct tape; or, more precisely, things they can make out of it and sell.

"We were just having fun doing duct tape and we started a business," Lyndzie said of what they call Cha and Lil's Duct Tape Business.

Duct tape is not just for ducts anymore. It comes in a myriad of colors and patterns – the girls have purple, pink, white, black, shimmery silver and a couple shades of blue and animal-, floral- and owl-print spools of tape – and there are duct tape craft websites with guides on making anything from hammocks to prom dresses.

"We think it looks kind of interesting, creative," Lyndzie said.

The girls fashion men's and women's wallets, clutch purses, sleepover bags, telephone cases and bracelets, among other things, showing a sheet on which they list the items they can make and the price for each one. They even fashioned a bag for holding their duct-tape craft supplies. They browse the Internet for ideas, but also come up with designs on their own, the girls said.

"It's fun," said Lyndzie, the daughter of Curt Springer.

"You can use your imagination a lot," said Chasie, the daughter of Jonathan and Mandy Fry.

The girls take orders from family members, teachers and classmates, and have a small legion of "employees," classmates who volunteer their time to help make items and drum up orders. For these kids, school recess is not play time, it's work time.

The money they make – minus what they need to cover the cost of buying tape and Velcro fasteners – goes to Sharpsville's Backpack Program, which provides snacks and weekend meals to needy kids. Lyndzie volunteers to stuff backpacks.

"We raise the money for kids who need food," Chasie said.

In November, the girls donated about $45 and plan to give more as the proceeds roll in.

Running a business typically involves a lot of paperwork and the girls are up to the challenge. They keep lists showing who has ordered an item, what has been ordered and how much it will cost.

"It's just something we do," Lyndzie said of the organizational skills that typically are beyond a 10-year-old.

"It's common sense," Chasie said. "I like being organized."

When not blazing a trail for other kid entrepreneur-philanthropists to follow, the girls explore more age-typical pursuits. They both play basketball and soccer, while Chasie also likes to swim and play with her cats, Buttercup and Carly. She wants to be a veterinarian. Lyndzie dances and is a cheerleader, and aspires to be a teacher.

The girls do well in school, and leave their parents as amazed at what they have accomplished as anybody.