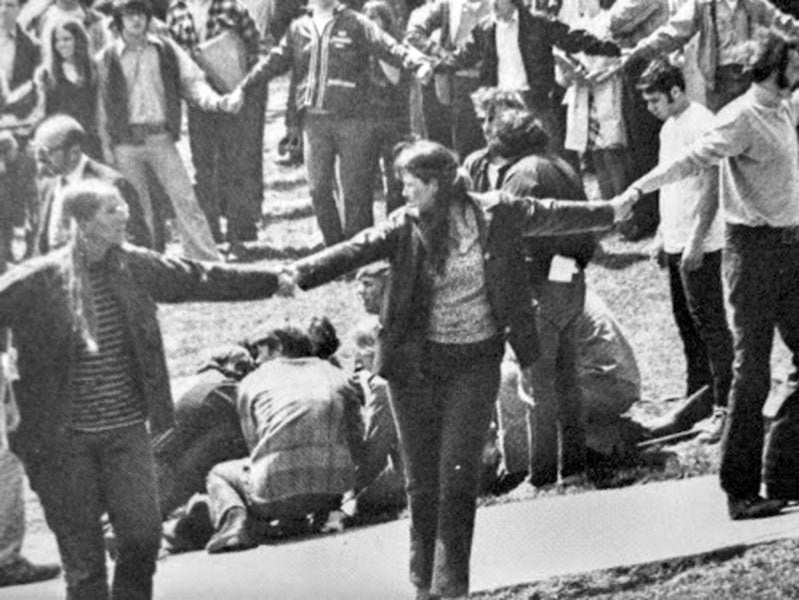 KENT STATE UNIVERSITY | ContributedKent State University students form a human barrier around a student shot by National Guardsmen on May 4, 1970. 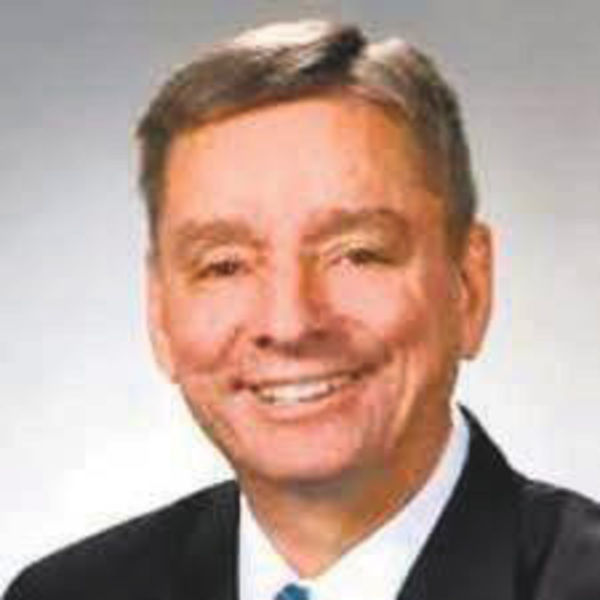 Could something like the Kent State campus protest shootings happen again?

The phrase “Never Forget May 4” written next to a peace sign adorns the cover of a visitors’ walking tour/memorial pamphlet from Kent State University’s May 4 Visitor’s Center.

But have we forgotten? Could a scenario like May 4 happen today?

“The answer is, it could. However, one must fully understand the context of the times,” said Ohio state Rep. John Patterson, D-99, Ashtabula County, who taught history at Jefferson Area Local Schools for 29 years and earned a Ph.D. in education from Kent.

“We had been involved in Vietnam since the French left in 1954 after their defeat at Dien Bien Phu,” he said. “The French were trying to hang on to their colonial outpost there after WW II, but the Vietnamese, led by Ho Chi Minh, saw an opportunity for independence. He, however, was attracted to Communism.”

Vietnam was part of the overarching conflict we know as the Cold War. Greece, Hungary, Berlin, the Congo and Korea were all part of this general effort to confine the Soviets and their satellites to the areas they held – known as the Containment Theory.

For the rest of the 1950s and on through the ‘60s, the U.S. was part of this effort and, as a result, the conflict in Vietnam escalated with no end in sight. This was part of the frustration of the young people at the time, Patterson said.

Unlike previous military drafts, deferments to attend college were relatively easy to obtain. So who landed on the front lines in the effort in Vietnam? Those who possessed the service ethos and those who could not afford to attend college or were not interested in attending, Patterson said.

When Nixon promised in 1968 to “Bring Us Home,” many in the nation’s colleges took him at his word, believing they would be safe.

However, in late April 1970, Nixon ordered U.S. forces into Cambodia in an effort to wipe out bases there used by the North Vietnamese and their supporters. In the view of many, Nixon betrayed his promise and widened the war.

“This could have resulted, for many it seemed, in the expansion of the draft to potentially include those who were previously deferred,” Patterson said. “Remember, this was speculative. But the date of the invasion is critical — April 29, 1970.”

“African-Americans were frustrated by MLK’s tragic death and, coupled with the frustration of younger Americans who were loyal to RFK and his pledge to end the war,” he said. “There was a great degree of true angst and frustration just under the surface.”

“The Kent State shootings occurred after the assassination of JFK, MLK and Bobby Kennedy, so it was another event in a long line of sad events,” he said. “Everyone remembered the riots of the 1960s, as well.”

Roskovics, whose brother was a student at the Kent campus, and his father, an Ashtabula police officer at the time, said the iconic photograph by Pennsylvania photographer John Filo of Mary Vecchio kneeling in agony over Jeffrey Miller’s body after the gunfire, for example, will remain forever as a reminder of the day when the Vietnam War came to Kent State University.

“It’s sad how little we have responded.”

So could it happen again?

“Should there be a salient issue which directly impacts young persons gathered in close quarters, such as a university, and should there be a break in the trust between our government and its people, then, yes, something like Kent could happen most definitely,” Patterson said.

David Perusek, associate professor of anthropology at KSU Ashtabula, said the reason people commemorate events such as May 4, 1970, is in the hope of preventing another one in the future.

“At the same time, however, no one has been held accountable for the 1970 shootings to this day,” he said. “The nature of power hasn’t changed and the state still has a monopoly on violence. Is anything so qualitatively different today that there’s nothing to worry about?

“But public commitment to freedoms of speech and assembly, and public intolerance for abuses of power and the use of excessive force, are always our best defense.”

Raymond Edward Thomas, 76, died peacefully on May 27, 2020. Ed was born on Sept. 14, 1943, in Grove City. Mr. Thomas was a hair stylist in Grove City for more than 50 years. Ed's friends, family, and clients would describe him as a generous man whose kindness was felt by all. He was an avid …