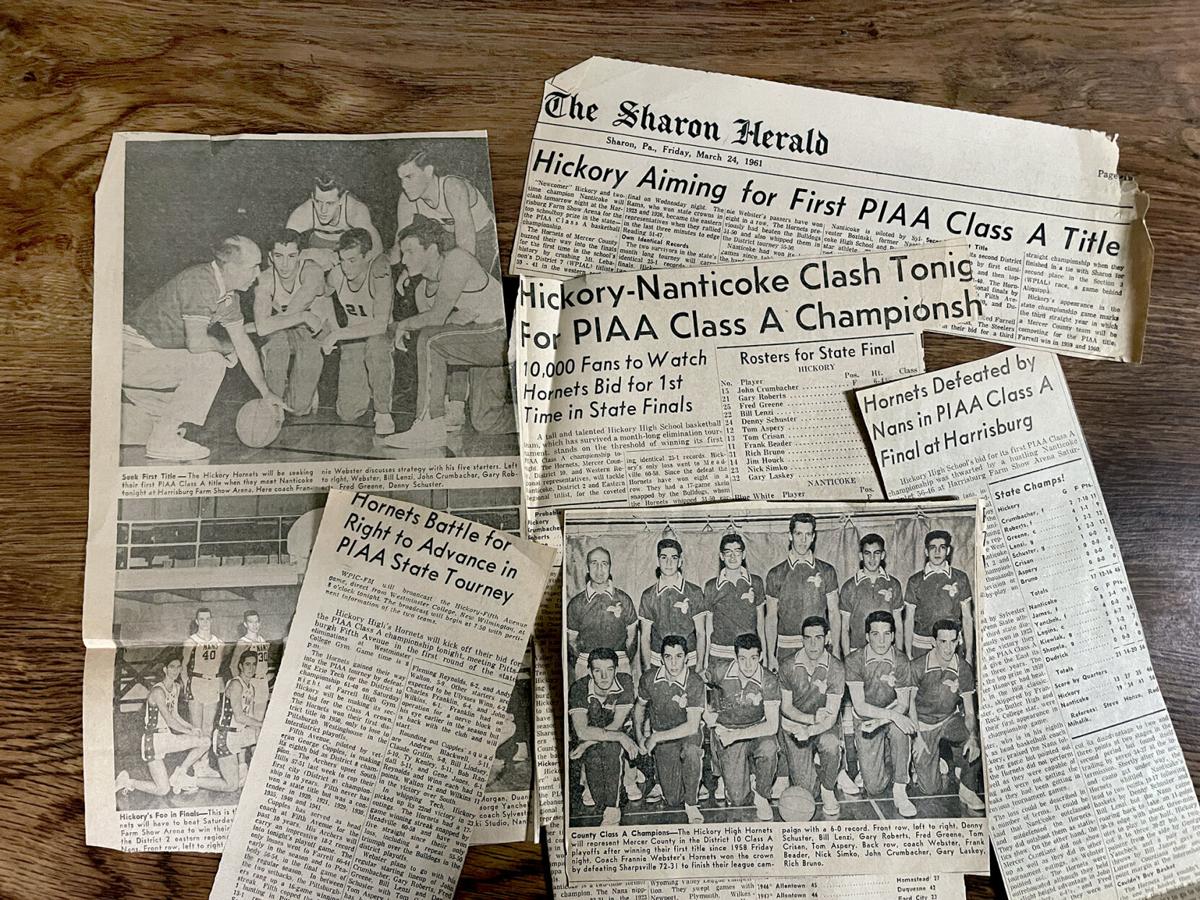 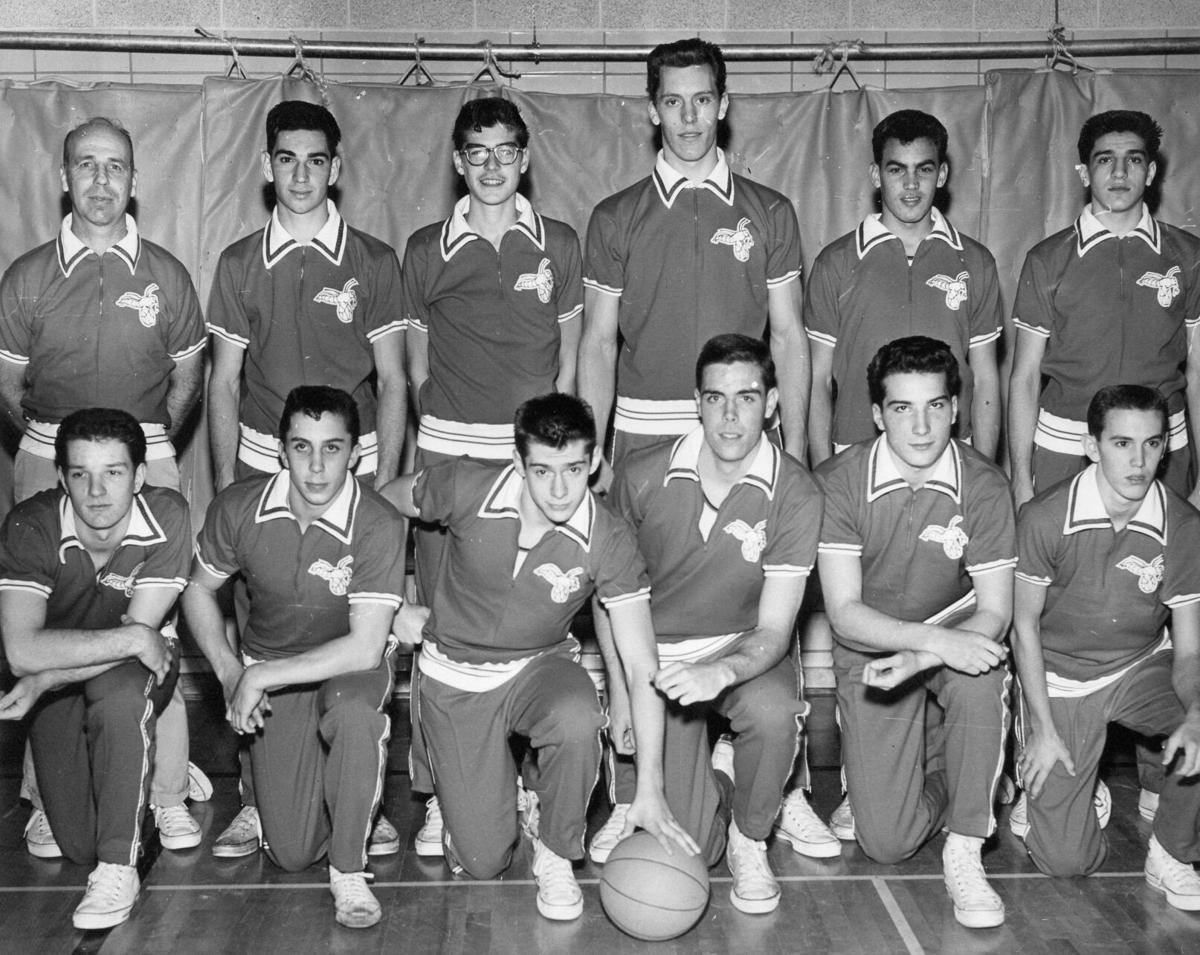 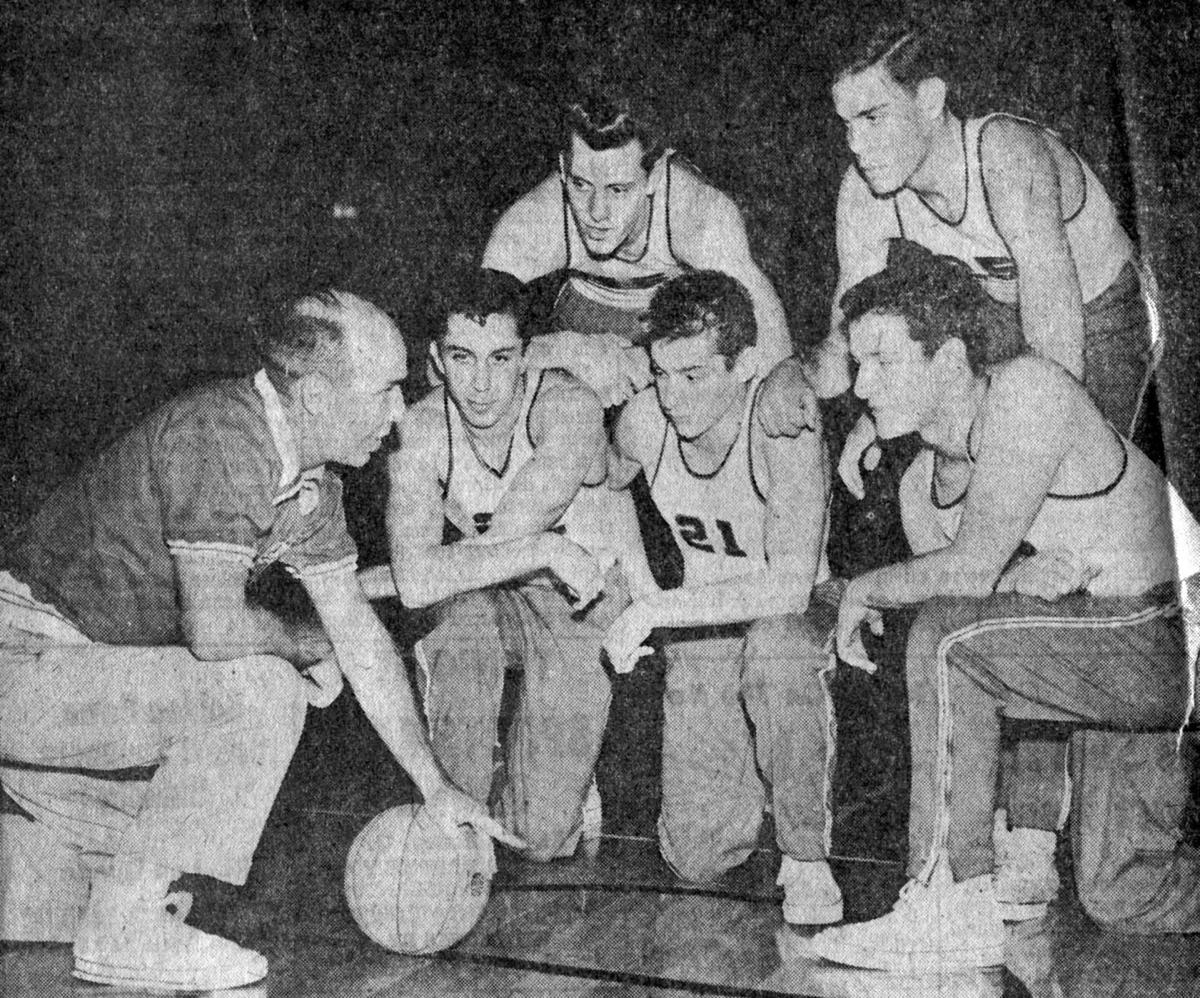 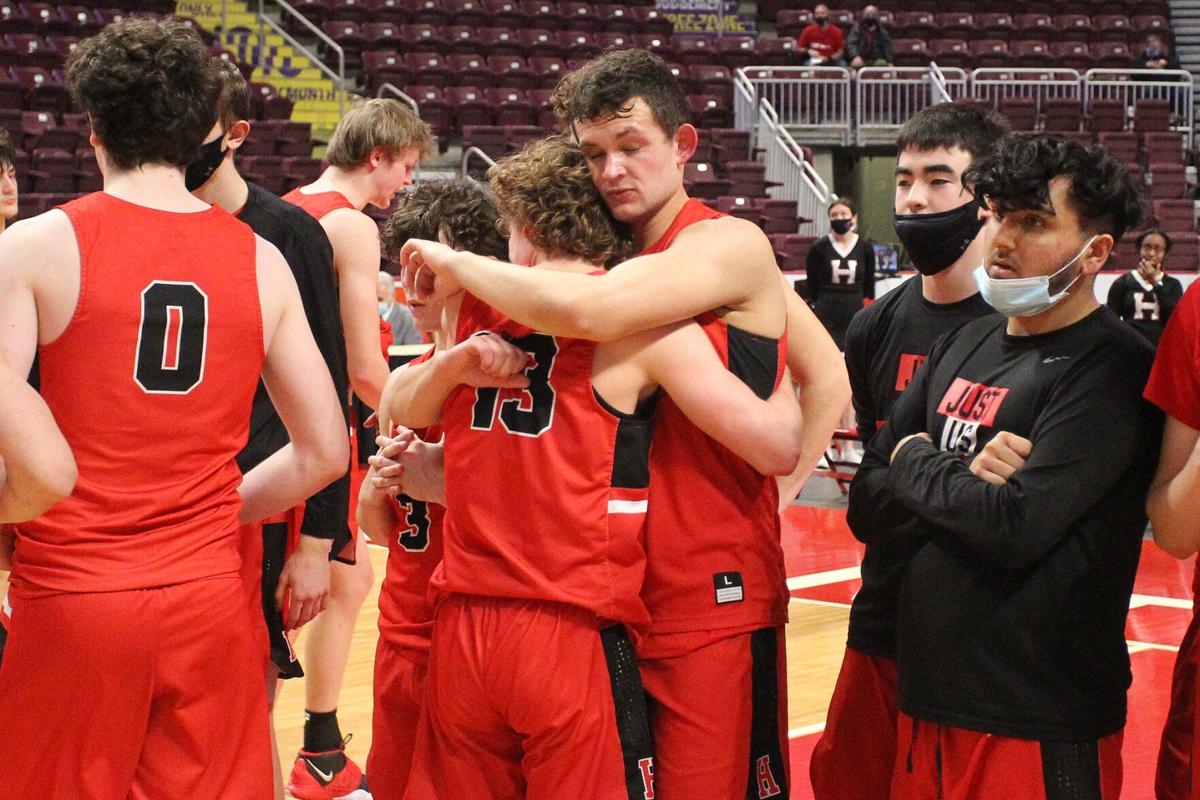 A sophomore manager for the basketball team, Crumbacher took care of uniforms, balls and other necessities. His older brother, John, a junior, was one of the team's starters.

Back then, Hermitage was a different place, right down to the name — the city was known as Hickory Township until more than 10 years later — and the McConnell family farm was on the land now occupied by the Shenango Valley Mall. School officials knew all of the students' names, and their parents too.

Basketball was different, too, said Jack Crumbacher. There was no three-point line, players shot free-throws underhanded and referees allowed more contact during games.

"It was a different style of ball back then," Jack said.

On March 25, 1961, the Hornets, including the Crumbachers', took on Nanticoke in the state championship game. While this year's game was at Giant Center in Hershey, the 1961 team played at Farm Show Arena in Harrisburg.

"We stayed at a hotel in Hershey, but we played at the farm arena because they had a big venue for all the cows and horses, and they stuck a basketball court right in the middle of this humongous place," Jack said.

The setting wasn't too unusual for the Hickory students, as the township at that time was still a very rural community.

However, Jack compared the energy of the event to that in the film "Hoosiers," where a small-town high school team from Hickory, Indiana, competed in that state's championships. The allure of the "Hoosiers" story is that, at that time, Indiana did not separate playoff tournaments by enrollment classifications. Tiny, rural Milan — real-life inspiration for Hickory in the movie — had to beat some of the state's biggest schools to win the 1954 state championship.

While the 1961 Hickory team got to play against schools, mostly their own size, they did share one experience with the Milan team from seven years earlier and a few hundred miles distant. The state championship game was their first time competing at such a large venue.

"They didn't have the facilities there like they do now, but it was electrifying," he said. "Everybody enjoyed themselves.

But the Hornets didn't get their storybook ending. Nanticoke won the game, 56-46. Jack said his brother fouled out in the third quarter, he said.

But even though the Hornets didn't emerge victorious, Jack said Hickory Township gave the team a warm reception when it returned home. A procession of police cars and fire trucks met the team at the border of West Middlesex and escorted the team back to Hickory High School.

"It was kind of bittersweet since we lost, but it was still a big accomplishment," Jack said. "And it was outstanding for a little team like Hickory from a small community."

John went on to the University of Tennessee on a football scholarship, but was killed in a car accident in 1966 at the age of 22. However, John was eventually inducted into the Mercer County Hall of Fame in 2003, with some assistance of then-Herald sports editor Lynn Saternow, Jack said.

One other Hornets' 1961 starter, Bill Lenzi, died in 2007 at the age of 63. Lenzi scored 19 points in the state semifinal game against previously undefeated Mount Lebanon to lead Hickory into the title game. Lenzi was inducted into the Mercer County Hall of Fame in 2007, a few months before his death.

Gary Roberts and Fred Greene, both starters on the Hickory 1961 team, also are in the county hall of fame.

Jack Crumbacher married and moved to Farrell, where he and his wife have lived for 50 years. The couple still closely follows local sports.

Jack said he thought Hickory's basketball team last year had a good chance of going to the state championship last year before the season came to an abrupt end with the COVID-19 pandemic.

But a 59th anniversary doesn't ring like 60. Jack said he was glad to see the team overcome not only their opponents but the challenges from the pandemic.

Though he hoped Hickory emerged victorious from the championship, Jack said the team should be proud regardless of the outcome, especially as the first Hickory team in six decades to get this far.

"If they win, God bless 'em," Jack said. "If not, they still got there. And tomorrow, the sun's going to come up and it'll be a new day, and those kids have their whole lives ahead of them."