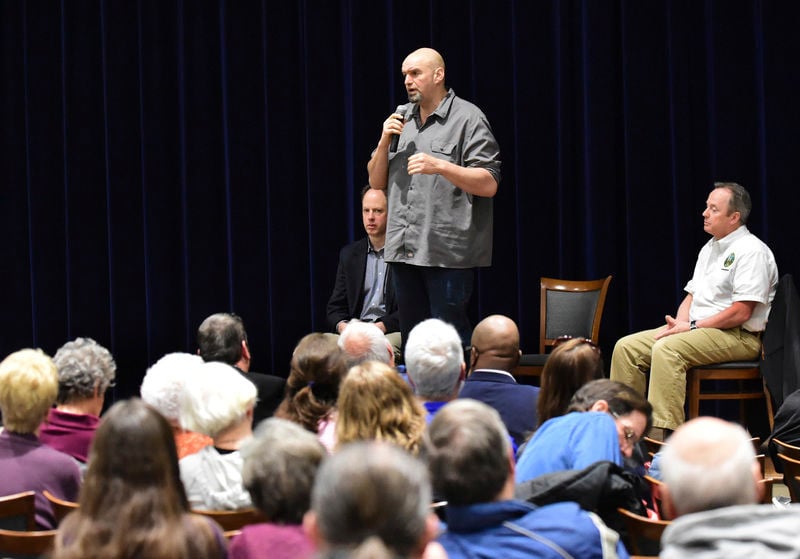 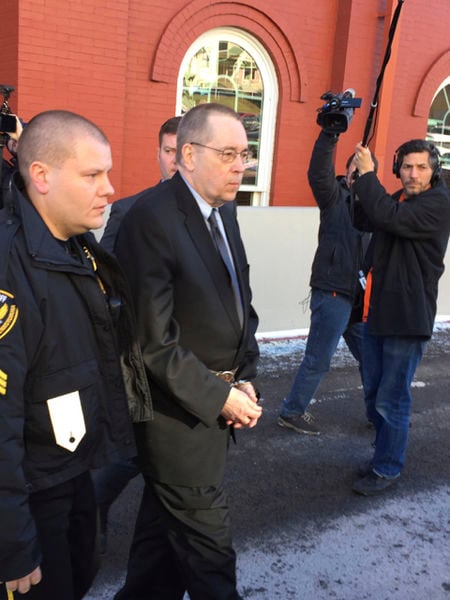 KEITH GUSHARD | Meadville TribuneDavid Poulson is escorted to a sheriff’s department vehicle to head to prison after sentencing last January in Jefferson County. Poulson, who served as a Roman Catholic parish priest in Crawford County until early 2018, will spend 2½ to 14 years in state prison for sexually abusing two boys while in active ministry. 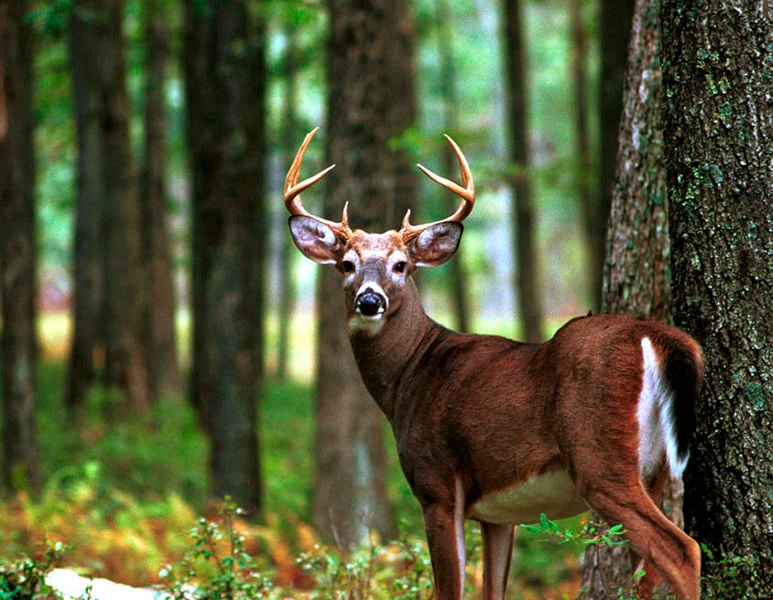 A law authorizing Sunday hunting in Pennsylvania was enacted during 2019. A compromise limits it to three Sundays a year – one during in deer rifle season, one in deer archery season and a third to be picked by the Game Commission.Metro Creative Services 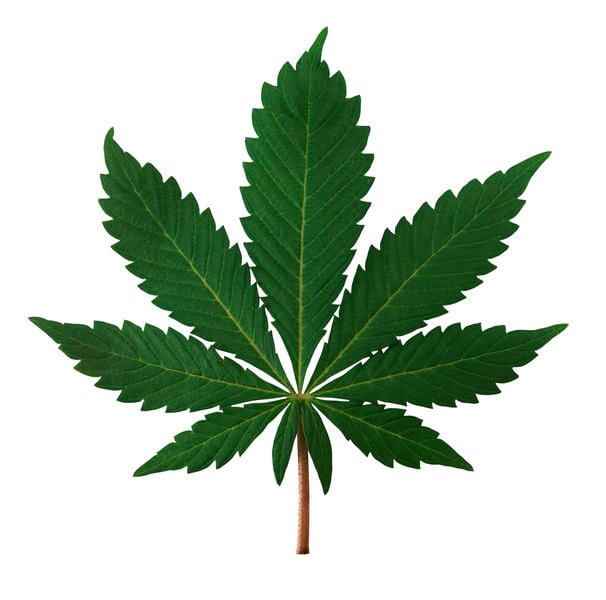 HARRISBURG – When lawmakers announced in April that the state had collected $800 million more in tax revenue than projected in the 2018-19 budget, it took a lot of the drama out of planning the 2019-2020 budget.

Although with little in the budget to argue about, lawmakers did manage to add some drama to the June debate when a spat over eliminating cash welfare assistance erupted into a bizarre episode which had Senate Majority Leader Jake Corman, a Republican, screaming at Lieutenant Gov. John Fetterman, a Democrat, to silence state Sen. Katie Muth, D-Montgomery County.

The lieutenant governor presides over the Senate, a role that is generally ceremonial. In this case, Republicans had voted to end debate, but Fetterman allowed Muth to read a statement about the importance of cash assistance from a man who’d received the welfare benefit.

Ultimately, the measure passed and became law when Gov. Tom Wolf begrudgingly signed it, but not before the Senate provided the most dramatic episode of political theater seen in either chamber of the General Assembly this year.

The state’s relatively comfortable budget negotiations also took much of the steam out of the push to legalize marijuana for adult recreational use.

Gov. Tom Wolf in December of 2018 announced that – in light of the potential that neighboring states, like New York and New Jersey were poised to legalize marijuana – Pennsylvania should take a look at doing the same.

So the state did. Take a look, that is. Fetterman launched a 67-county listening tour to gauge the level of enthusiasm for legalizing marijuana.

After Fetterman’s listening tour, Wolf announced in September that he believed Pennsylvania should move beyond discussing the issue and legalize marijuana for adult recreational use.

“We now know the majority of Pennsylvanians are in favor of legalization, and that includes me,” Wolf said. “I look forward to seeing what we can accomplish together.”

Republicans who control both chambers of the General Assembly didn’t exactly embrace Wolf’s suggestion, saying that they think the state should focus on the medical marijuana program.

Pennsylvania is one of 33 states that have legalized medical marijuana. Only 11 states have legalized adult recreational use of the drug – Alaska, California, Colorado, Illinois, Maine, Massachusetts, Michigan, Nevada, Oregon, Vermont and Washington.

As far as those neighboring states go, the push to legalize marijuana in New York stalled out, but lawmakers in New Jersey voted to let the public decide through a 2020 ballot referendum.

While revelations about the decades of cover-ups protecting predator priests broke in 2017 in the Altoona-Johnstown Catholic Diocese and statewide in 2018, the reverberations continued through 2019. Most Catholic dioceses launched compensation funds to settle claims from victims and lawmakers continued to grapple with the question of how the state should respond to the scandal.

The legislative breakthrough came in the spring when state Rep. Mark Rozzi, D-Berks County – a survivor of priest abuse who has long led efforts to change state law to help abuse victims – announced he was backing a plan amend the state Constitution to open a window for lawsuits in cases where the existing statute of limitations has expired. In 2018, efforts to open a window for lawsuits had collapsed over resistance from Republicans in the state Senate who asserted that changing the statute of limitations retroactively was unconstitutional.

The House passed the Constitutional amendment plan in the spring and the Senate backed it in November, as well. However, a Constitutional amendment must be approved by the General Assembly in two legislative sessions, meaning lawmakers will have to take up the question again in 2021. In the meantime, reforms to provide future survivors more time to sue and eliminate the statute of limitations for criminal prosecution will go into effect immediately.

Pennsylvania was one of the last three states, along with Maine and Massachusetts, to ban Sunday hunting.

Proponents have been fighting for Sunday hunting as a means of encouraging more people to take part in the activity. Over the 10-year period ending in 2017, the number of hunters with adult resident licenses dropped 12 percent — from 665,719 in 2007 to 587,640 in 2017, according to Game Commission data.

The idea of allowing Sunday hunting spurred intense lobbying on both sides, with hunters and the NRA in favor of it, and farm groups and hiking groups opposed.

Ultimately, the Farm Bureau dropped its opposition after lawmakers agreed to allow Sunday hunting on only three weekends and the legislation was amended to require that hunters get written permission from property owners on those Sundays.

The measure didn’t pass until November, so 2020 will be the first time the new law is put into practice.