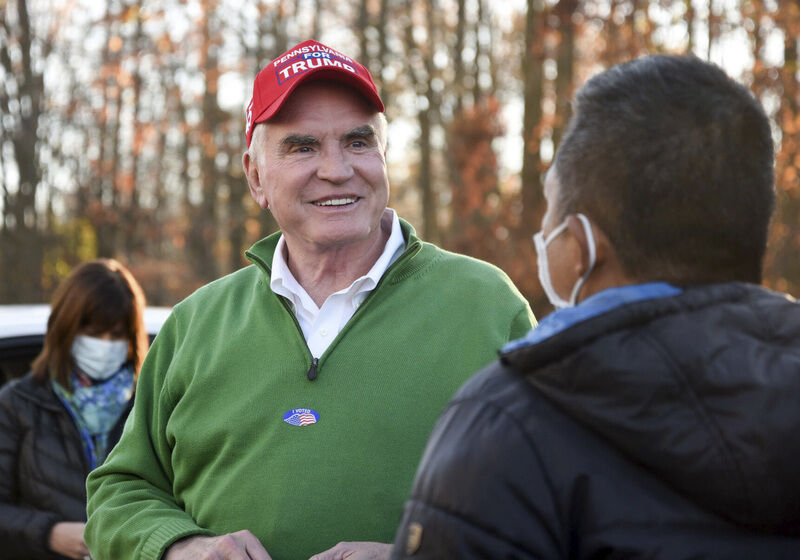 U.S. Rep. Mike Kelly talks with voters during a visit to a Crawford County polling place on Election Day. 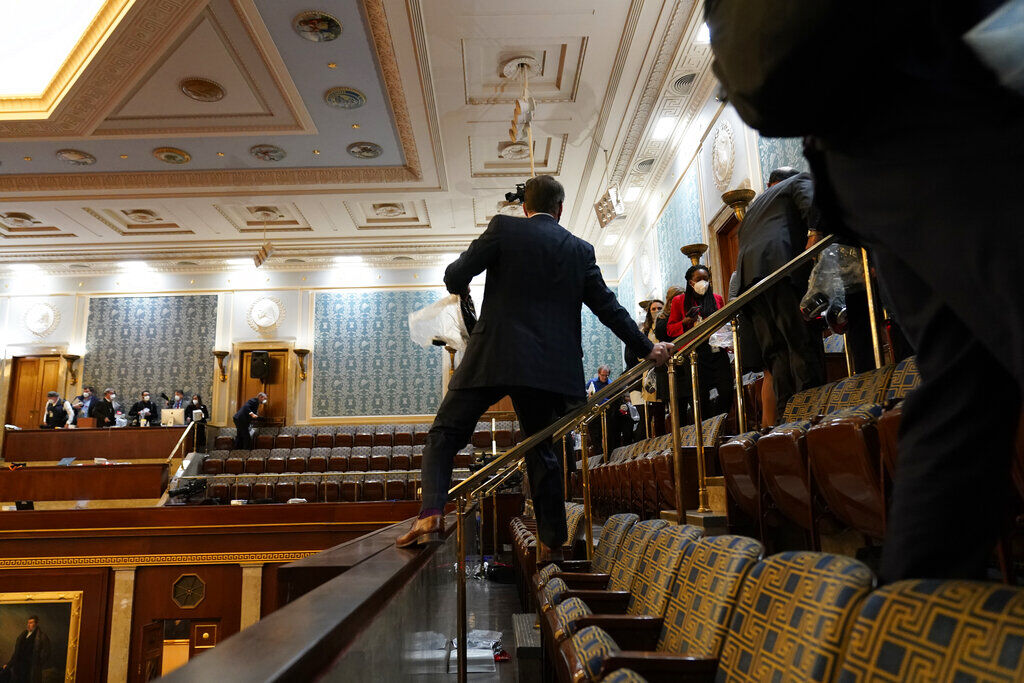 People shelter in the House gallery as supporters of President Donald Trump try to break into the House Chamber at the U.S. Capitol on Wednesday in Washington. (AP Photo/Andrew Harnik)

U.S. Rep. Mike Kelly talks with voters during a visit to a Crawford County polling place on Election Day.

People shelter in the House gallery as supporters of President Donald Trump try to break into the House Chamber at the U.S. Capitol on Wednesday in Washington. (AP Photo/Andrew Harnik)

In what has become an unusually protracted process, Congress began ratifying the 2020 presidential election electoral college count at 1 p.m. today.

The joint session of Congress, including both the U.S. House of Representatives and the Senate, is meeting in the final step toward formalizing President-elect Joe Biden's victory over President Donald J. Trump in the 2020 presidential election.

U.S. Rep. Mike Kelly, who represents Mercer County in the House, said Thursday before the session he supports the challenge effort. Kelly, R-16, Butler, said the electoral vote challenge process is a matter of protecting the integrity of voting in the United States.

During the joint session, with Vice President Mike Pence acting as chairman, Congress will consider each state's electoral votes, in alphabetical order. If one member of the House and one member of the Senate objects to ratifying the state's result, each of the legislative bodies will recess to its own chamber for two hours of debate.

A maximum of 24 members — equal numbers of Democrats and Republicans — in each house, can speak for no more than five minutes. At the conclusion of debate, each house will vote on that state's electoral vote before returning to the ratification process in joint session.

If either house votes to reject the objection, the joint session ratifies the challenged state's electoral votes.

With Democrats a majority in the House, it would be unlikely that any challenge would be successful. But if successful objections push both Trump and Biden below the 270-electoral-vote threshold, the House of Representatives would choose the next president, with each state's delegation getting one vote.

In that case, Trump would likely win, with 27 states having Republican-majority caucuses in the House. Twenty states have Democratic majorities in their caucuses, and three states — Pennsylvania, Michigan and Minnesota are equally split.

In 1969, U.S. Rep. James O’Hara, D-Mich., and U.S. Sen. Edmund S. Muskie, D-Maine, objected in writing to counting the vote of an elector from North Carolina who had been expected to cast his vote for Richard Nixon and Spiro Agnew, but who instead cast his vote for the American Independent party racial segregationist ticket of Alabama Gov. George Wallace and Air Force Gen. Curtis LeMay.

Both objections were rejected.

Media outlets have reported that Democrats challenged Bush's victory in 2000 and Trump's win in 2016, but the Congressional Research Service does not cite any formal ratification objections following either of those presidential elections.

A supporter of Trump, Kelly has echoed Trump's baseless accusations of voter fraud in the 2020 election, which Biden won by more than 7 million votes and an electoral tally of 306 to 232. Kelly was among the plaintiffs a fraud lawsuit requesting that Pennsylvania declare its mail-in votes invalid.

That lawsuit was rejected by both the Pennsylvania and U.S. supreme courts.

Kelly said he expects the objections to focus on three states — Arizona, Georgia and Pennsylvania.

He said the ratification objections are being undertaken in defense of the election system.

"What is going to happen is within the framework of what the constitution says," he said.

US to share AstraZeneca shots with world after safety check

WASHINGTON (AP) — The U.S. will begin sharing its entire stock of AstraZeneca COVID-19 vaccines with the world once it clears federal safety reviews, the White House said Monday, with as many as 60 million doses expected to be available for export in the coming months.