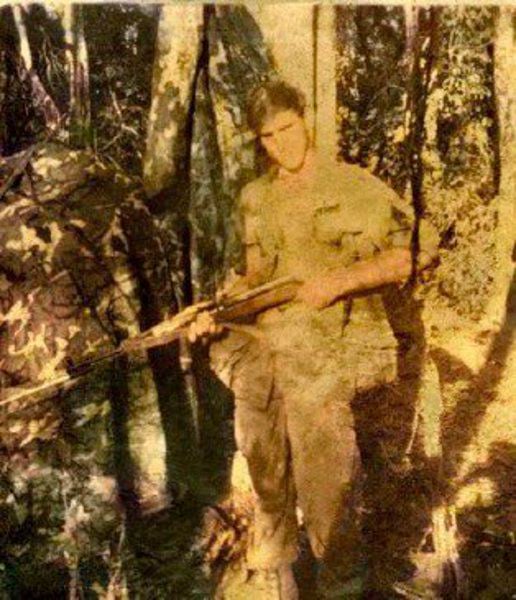 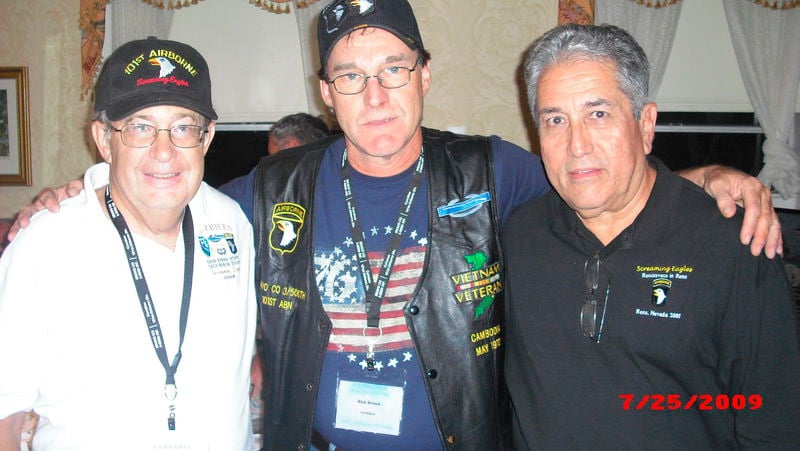 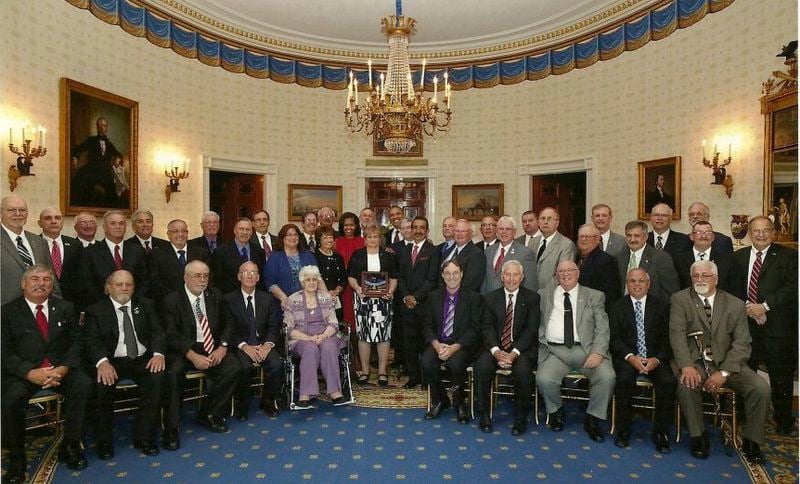 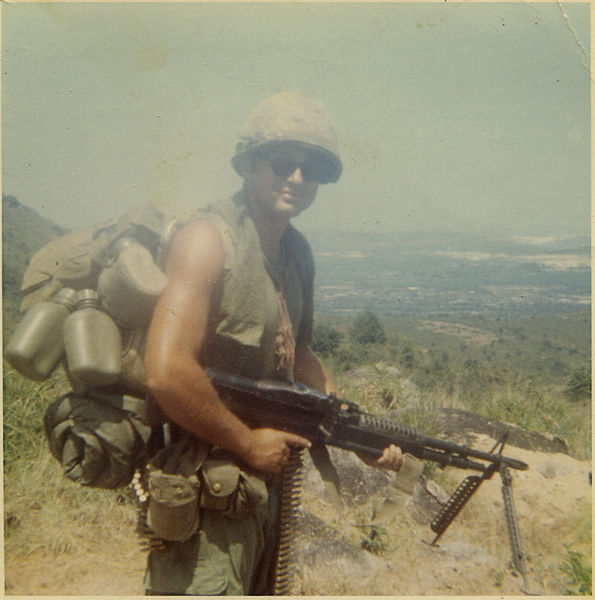 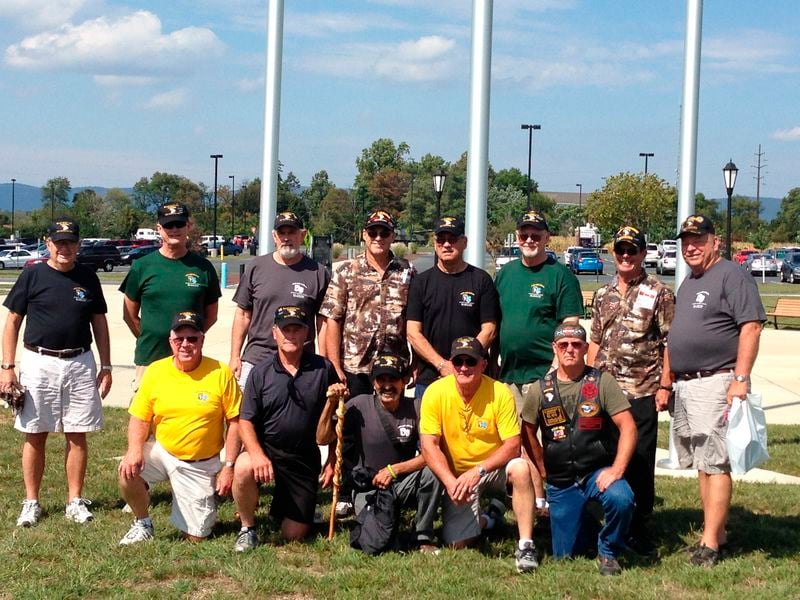 The campus protests that roiled this nation 50 years ago traced their origins to a jungle path that wound its way several hundred miles through Laos and Cambodia beneath the cover of double- and triple-canopy jungle.

That path was called the Ho Chi Minh Trail in honor of a man who spent his life fighting for Vietnam's independence — first alongside the Americans and French against Japan during World War II, then against France following the war, and finally against the United States until his death in 1969.

But it would have been vastly underplaying the Ho Chi Minh Trail to paint it as just a path through the jungle. In fact, it was a network of dirt highways, weaving and intersecting one another, with built-in redundancy to prevent a washout, or a lucky blind shot by U.S. Air Force bombers, from stopping the flow of men and materiel south into the heart of South Vietnam.

If a part of the trail were put out of commission, the North Vietnamese Army could merely shift its logistics to a parallel route until repairs were made. And, because of the primitive nature of the trail and the transportation — which often involved travel by foot, bicycle or ox cart for the heaviest loads — repairs rarely kept the paths down for long.

When the North Vietnamese launched the Tet Offensive in January of 1968, they were able to achieve a surprise strike into the heart of South Vietnam, even penetrating the U.S. embassy in the heart of what was then Saigon — Ho Chi Minh City today — because they could move large numbers of troops down the trail, concealed by that double- and triple-canopy jungle.The United States and its allies were almost powerless to stop that flow, because the U.S. rules of engagement required they respect, for the most part, Laotian and Cambodian neutrality, even if the North Vietnamese did not.

But in April of 1970, political events in Cambodia conspired to give President Richard Nixon the rationale he, and the U.S. military, needed to launch an assault on the Ho Chi Minh Trail.

A coup that imitated art not only deposed its artist, but also drew the United States into unrest in Cambodia and at home, lit the fuse that exploded into conflagration on college campuses across the United States, and, on Monday, May 4, 1970, the deaths of four young people on the campus of Kent State University.

Prince Norodom Sihanouk steered the Cambodian ship of state on and off from the 1940s until the 2000s, shortly before his death in 2012. At the same time, he regarded himself as a creative man. His film "Spellbound Wood" was selected in 1967 for the Moscow International Film Festival.

But it was another of his movies, "Shadow over Angkor," that may have proved prescient. "Shadow" told the story of a fictional CIA-led coup against Sihanouk's regime. In early 1970, life imitated art, when pro-western Cambodian Prime Minister Lon Nol led an uprising that ousted Sihanouk.

Sihanouk's sympathies had rested with the Soviets, along with the Chinese communists and their North Vietnamese allies. Conversely, Lon Nol was a more pro-Western leader and he tried to deny the North Vietnamese use of the Ho Chi Minh Trail. The North Vietnamese responded with an invasion of Cambodia, and threatened the smaller, weaker Cambodian army.

On Thursday, April 30, 1970, Nixon announced his intent to invade Cambodia with U.S. troops. And, on college campuses, all hell broke loose.

The Cambodian invasion — called Operation Binh Tay, translated from the Vietnamese as "Tame the West" — came after Nixon had promised for more than a year to de-escalate the Vietnam War and in his successful presidential campaign before taking office. Instead, the president was planning to expand the war.

Two days later, Saturday, May 2, protesters set Kent State's ROTC building on fire, a prelude to the shootings on May 4.

For the U.S. soldiers who crossed the border on Nixon's orders, the trouble was only beginning.

Units of the 4th Infantry Division — along with the 101st Airborne Division's storied 506th Infantry Regiment's 3rd Battalion — carried out the invasion's in northeast Cambodia. During World War II, the 506th included Easy Company, later to become famous as the eponymous "Band of Brothers" from Stephen Ambrose's book and an Emmy award-winning TV miniseries.

Bravo Company of the 3-506th landed in Cambodia on May 5 and was pulled out on May 16 under heavy political pressure stemming from protests like the one at Kent State. The unit sustained casualties of more than 40 wounded and eight killed.

Most of the casualties, and all of the fatalities, took place on one day in one battle, the May 10 Mother's Day Ambush.

After Bravo Company lost eight men killed and an estimated 48 men wounded on May 10, Capt. Jim Waybright, company commander, said the U.S. force was pulled out of Cambodia in response to political pressure.

Waybright said he thinks the protests — including the Kent State shootings — were a factor in convincing the nation's political and military leadership to cut short Operation Binh Tay.

"It got us out of Cambodia quickly," he said. "Not that I wanted to see anybody killed or hurt. But we would have been there several weeks or more."

This article contains information from the book Company of Heroes: A Forgotten Medal of Honor and Bravo Company's War in Vietnam (Osprey, 2015 hardcover, 2017 paperback), by Eric Poole.