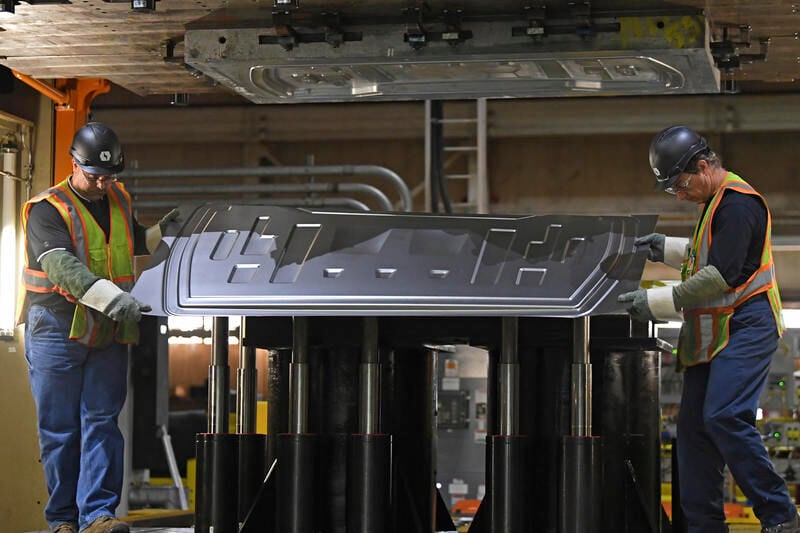 Lordstown Motors employees remove a section of truck bed after it was stamped during a media tour to the Lordstown Motors complex, Tuesday, June 22, 2021 in Lordstown, Ohio. (AP Photo/David Dermer) 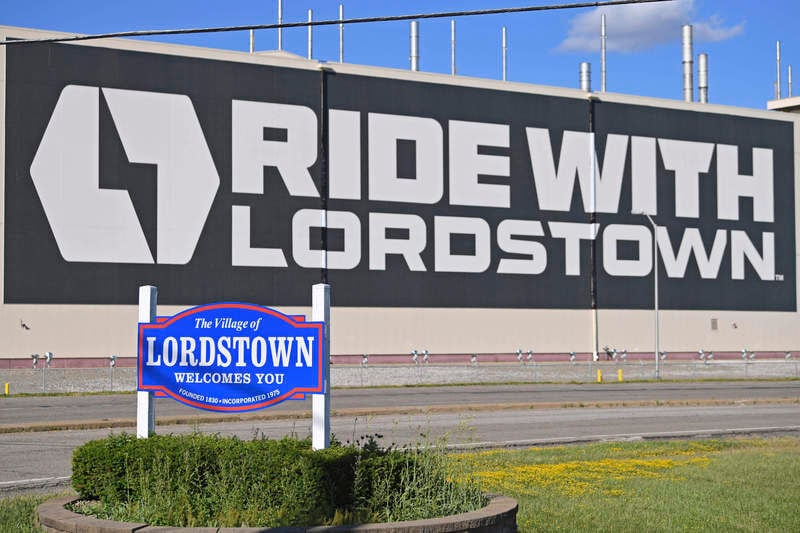 Lordstown Motors employees remove a section of truck bed after it was stamped during a media tour to the Lordstown Motors complex, Tuesday, June 22, 2021 in Lordstown, Ohio. (AP Photo/David Dermer)

LORDSTOWN, Ohio (AP) — Lordstown Motors, an Ohio company under scrutiny over the number of orders it claimed it had for the electric trucks that it wants to produce, acknowledged receiving two subpoenas from federal regulators and that prosecutors in New York have opened an investigation.

The Securities and Exchange Commission asked in a pair of subpoenas for documents related to the company’s merger with DiamondPeak, a special purpose acquisition company.

Special purpose acquisition companies, or SPACs, have gained prominence this year as a quick route to becoming publicly traded and listing shares on an exchange.

SPACs can cut up to 75% off the time it takes for a company to get its stock trading on an exchange, versus the traditional process of an initial public offering. SPACs can also make it easier to get prospective buyers on board. Companies going the SPAC route often feel more license to highlight projections for big growth they’re expecting in the future, for example. In a traditional IPO, the company is limited to listing its past performance, which may not be a great selling point for young startups that typically fail to put up big profits or revenue.

That dynamic is playing out as Lordstown’s operations come under increasing scrutiny, which it was partially shielded from when it went public through a SPAC.

Last month, Lordstown acknowledged that it had no firm orders for its vehicles days after its president said the company had enough of them to maintain production through 2022.

In its regulatory filing with the SEC, Lordstown said that the U.S. Attorney’s Office for the Southern District of New York is “investigating these matters.”

It said that it is cooperating with all investigations and inquiries.

Shares of Lordstown Motors Corp., which have been hammered in recent weeks, fell 4% Friday to $8.54. The shares are down almost 60% since the start of the year and had traded as high as $31.80.

There are now questions about whether Lordstown, which is named after a village just west of Youngstown, Ohio, has enough funding to continue operations. Last month Angela Strand, the company’s new chairwoman, said that the developments won’t interrupt the company’s day-to-day operations or its plans to start making its electric truck called the Endurance.

Lordstown Motors is based in the former General Motors Lordstown Assembly Plant, which GM closed in 2019 after operating for 53 years.