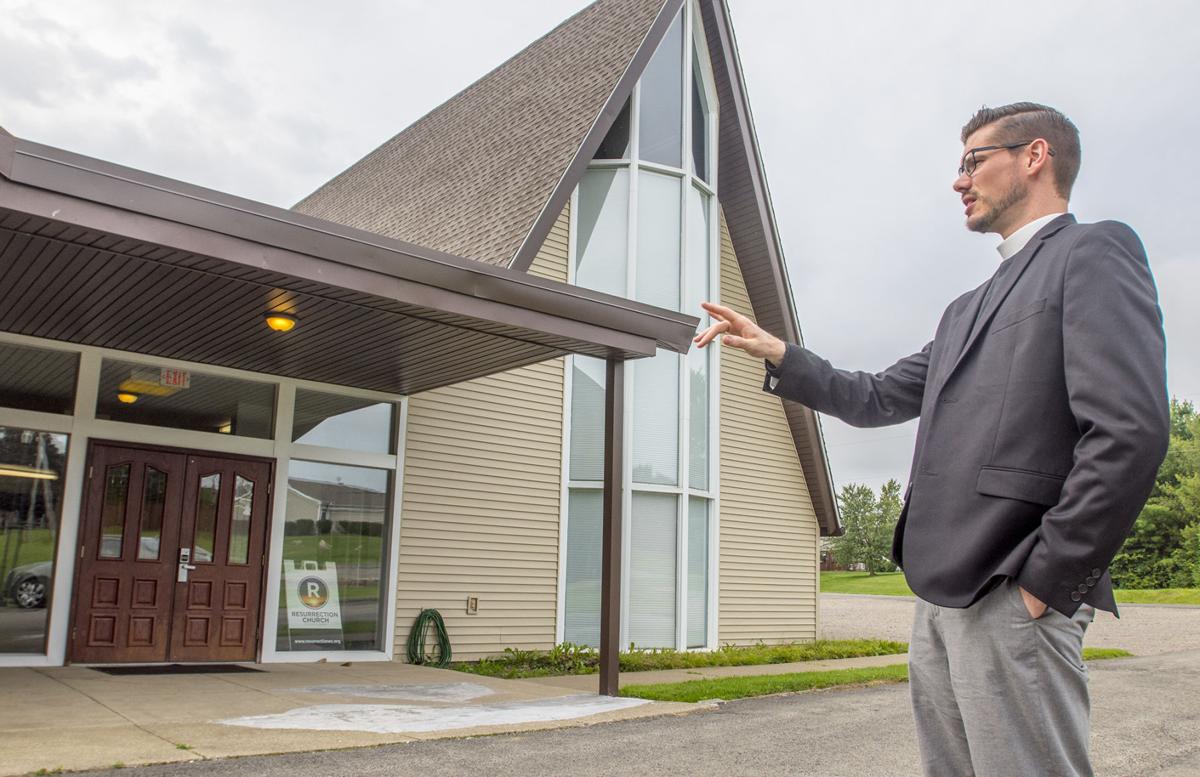 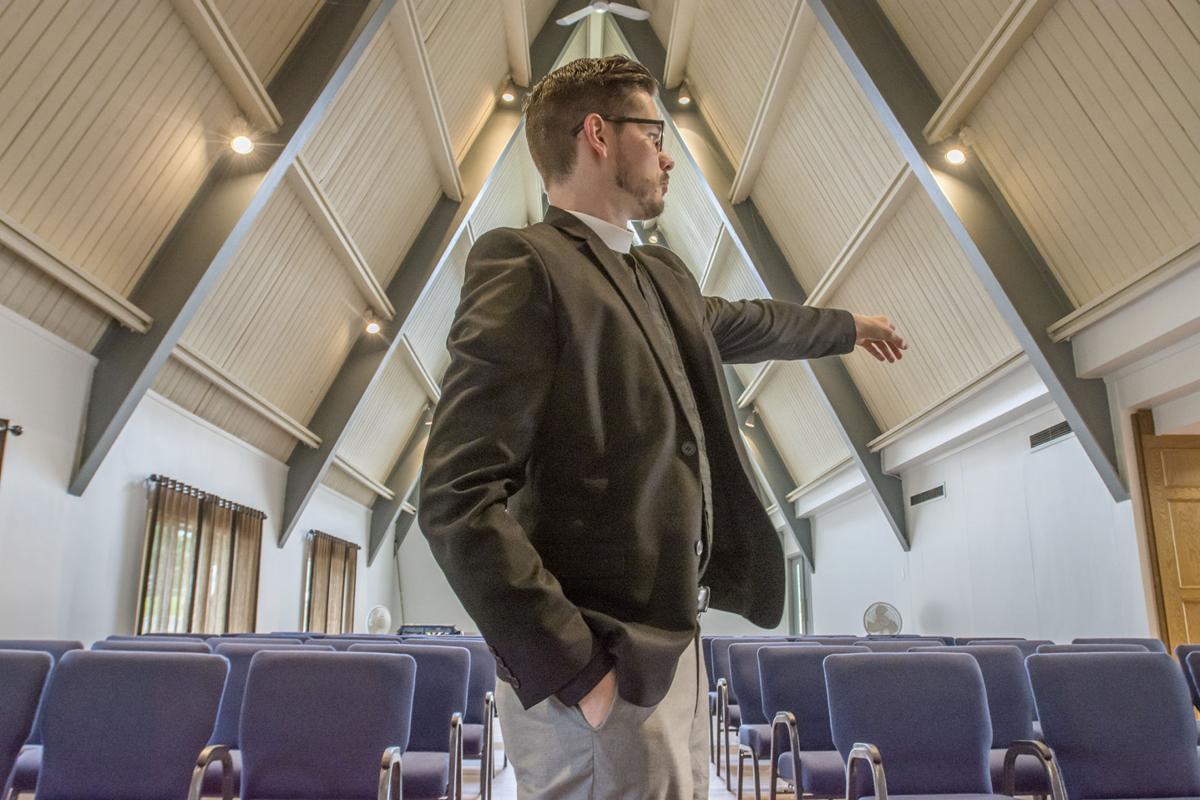 Father Jason Shank explains some of the renovations done to the sanctuary of the former Church of the Redeemer Episcopal Church which is now Resurrection Church: An Episcopal Congregation at 5130 E. State St., Hermitage.

HERMITAGE — With new siding and parking spaces, people passing by the Resurrection Church: An Episcopal Congregation at 5130 E. State St. in Hermitage can tell the building has undergone some renovations.

But it’s not just the building that is getting an upgrade. Father Jason Shank says the way the congregation worships will change, too.

However, the project doesn’t just involve fixing an old building. The congregation itself must be built up “from scratch,” Shank said.

Shank said he plans to keep the important sacred traditions, but to mix them with a little of the modern to get a new worship experience for his congregation.

“We’re a church that celebrates the Eucharist every single week. There’s a heavy priority of baptism — these are things the church is known for celebrating,” Shank said. “These are things that people kind of find home in, like hearing scripture or prayer read, but we can do these things while using technology or modern music.”

Learning the needs of the community was a priority for the new church, so Shank said he connected with local organizations such as the Rotary Club of Hermitage. Being able to reach out to the community was also important, so the Resurrection Church has a Facebook page, which allows the church to post events and to share previews on the messages of upcoming services.

But social media won’t substitute for getting out and meeting the community, the new pastor said.

“Within the last 10 years, we’ve found the best way to reach new people is for a church to be present,” Shank said.

Renovations started last summer, with monthly services. So for a few months, the congregation met for monthly services in places throughout the community ranging from funeral homes to outside services. In the fall, the congregation was able to hold weekly services inside the building, moving from a conference room to the gathering area to the sanctuary as renovations continued and the rooms progressively became available.

“As different parts were completed, every space was bigger than where we started,” Shank said. “In the conference room, we had 10 to 13 people. In the gathering hall, I think we were in our 20s. And into the sanctuary, we were up to 30 or 40 people.”

With the majority of renovations done, most of the work left includes new coats of paint in some areas or new banners. Technology such as monitors and projectors will also be added.

The sanctuary is one of the more visible examples of this new approach to worship, as the altar has been modified to be moveable and the wooden pews have been switched with contemporary chairs with cushions. While the new seats offer increased comfort, the moveable chairs and altar allow the congregation to be rearranged for special events or speakers, Shank said.

“It’s this whole idea of creating a fresh expression, and having renovations on both the outside and the inside,” he said.

After renovations are fully completed, the church will hold a grand opening at 10 a.m. Sunday, Sept. 9 with a consecration service scheduled for 4 p.m. on Sept. 23. Bishop Sean Rowe of the Diocese of Northwestern Pennsylvania and a former Hermitage resident, is expected to attend the consecration service, Shank said.

James Andrew, 76, Hermitage. Private arrangements are being handled by the SAMPLE-O'DON-NELL FUNERAL HOME, Sharon. Friends may sign the guest book for Jim's family at www.sampleodonnellfh.com