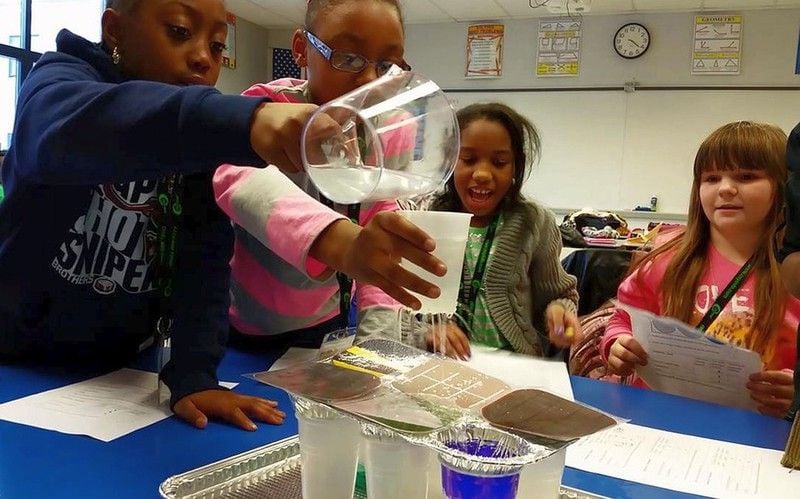 Elementary school students take part in a rainwater experiment in one of the youth programs offered by Mercer County Cooperative Extension. 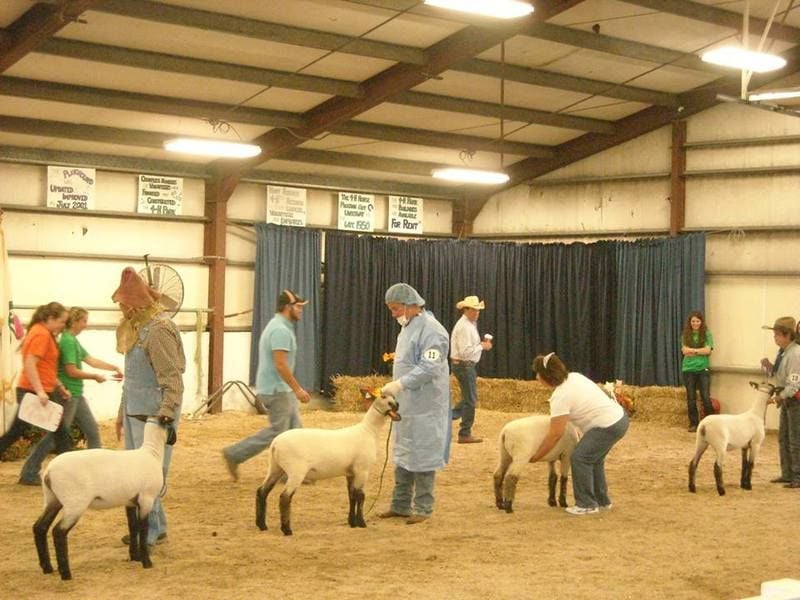 Perhaps one of the better known programs organized by Mercer County Cooperative Extension is the 4-H program that involves upwards of 500 youth locally. The 4-H program is a proven program, local directors say, that teaches young people leadership, citizenship and life skills. Without state money, the program will shut down in May.

Elementary school students take part in a rainwater experiment in one of the youth programs offered by Mercer County Cooperative Extension.

Perhaps one of the better known programs organized by Mercer County Cooperative Extension is the 4-H program that involves upwards of 500 youth locally. The 4-H program is a proven program, local directors say, that teaches young people leadership, citizenship and life skills. Without state money, the program will shut down in May.

COOLSPRING TOWNSHIP – Caught as a political pawn in the lingering budget battle between Democratic Gov. Tom Wolf and Republican legislators, employees at the Mercer County Cooperative Extension Office are bracing for possible layoffs beginning in May.

Jon Laughner, the tri-county district director who manages offices in Mercer, Crawford and Erie counties, said he has the definite impression that lawmakers value the agricultural, social and educational services offered from the office that is an outreach of Pennsylvania State University’s Agricultural Sciences program, but he understands that those benefits are caught up in the political process of settling the budget.

His office administers the county’s 4-H program which involves roughly 500 youth from across the county and provides a host of services for farmers, including education on crops, agricultural health and safety, and research on disease that often affects local growers. The agency also handles the Master Gardener courses.

It also offers food safety courses, dairy food processing, home food preservation and classes for beginning food entrepreneurs. Laughner said a shutdown would greatly affect community services, for example, the hosting of courses to teach newly diagnosed diabetics about proper nutrition or courses aimed at teaching low-income families how to maximize their food budget for both shopping and cooking.

“And those would all just go away,” Laughner said. He, along with a bus full of volunteers, participants and local leaders, traveled to Harrisburg Wednesday to participate in a rally at the state Senate, asking for the money appropriated to them in the current budget. Wolf used his line-item veto power to cancel nearly $50 million in funding for agricultural programs.

“The trip was interesting. There’s every indication to think we’ll be right there once the budget is worked out. Gov. Wolf included a 9.3 percent funding increase in the budget for this year and another 5 percent for the 2016-2017 budget, almost unheard of,” Laughner said.

If closures were to happen, he said, it would snowball into a dramatic effect statewide. As an example, he cited the research work done on the grape arbors in Erie County and all the knowledge from that research that is then shared with the 66 other counties. “Similarly, if we don’t have a particular specialty in the Mercer County office, we’ll bring in an expert from another county or perhaps our experts here will travel to another county to share that information,” he said.

During the spring and summer months, crops researchers scout fields looking for insect levels that may affect crops this year. “We then tell the farmers what their economic threshold is and if and where they should spray. We get that to them before it’s long past them being able to do anything,” he said.

There are also programs addressing water quality and safety, as well as the traditional and nontraditional programs for 4-H, he said.

“We’re not focused on a strategy to see what we’ll do after the offices close. I think we’re putting our energy into making sure nothing does happen,” he said.

He will travel again to Harrisburg on Monday and Tuesday, taking several students with him, as part of the agency’s Capitol Day. “How apropos that this issue is facing us on Capitol Day. We’ll be meeting with legislators and attending another hearing about this issue,” he said.

Chuck Gill, public relations specialist for Penn State’s College of Agricultural Sciences, said he really can’t speculate what will happen. “It’s in the hands of the elected officials,” he said. “I think our message is definitely being heard. Now we just need to find a way forward,” he said.

The closing of 67 county Cooperative Extension offices would affect much more than just rural counties, Gill said. “The work that is done is done in different areas – natural resources, farming, food safety and sciences. It’s evolved into a very robust program that makes it possible for the United States to be a leader in innovation,” Gill said.

Penn State University has kept the College of Agricultural Sciences afloat this far into the year, he said, but “it’s no longer sustainable without the state funding.”

A tentative deadline of May 1 has been set and if the budget impasse is not resolved by then, work will begin to dismantle the Extension offices and programs and begin the furlough of some 1,100 workers.

“And that’s a real problem in terms of shutting down complicated or multi-year projects that are already underway,” he said.

The loss of state funding also has a domino effect on federal and local funding, he added. Many of the federal dollars available come from competitive grants and without the staff to apply for those grants, some $56 million will be lost. Also, the federal funds often require a state match, he said.

An online petition that is calling for the restoration of funding to the agricultural services programs has already garnered 12,000 signatures, he said. He said Mercer County residents concerned about the potential closure should contact their local legislators and encourage them to resolve the budget impasse.

Listen to our second episode now!

INDIANAPOLIS (AP) — Police were working Friday to identify a gunman and determine his motive for opening fire at a FedEx facility near the Indianapolis airport, killing eight people and taking his own life in the latest mass shooting to rock the U.S.