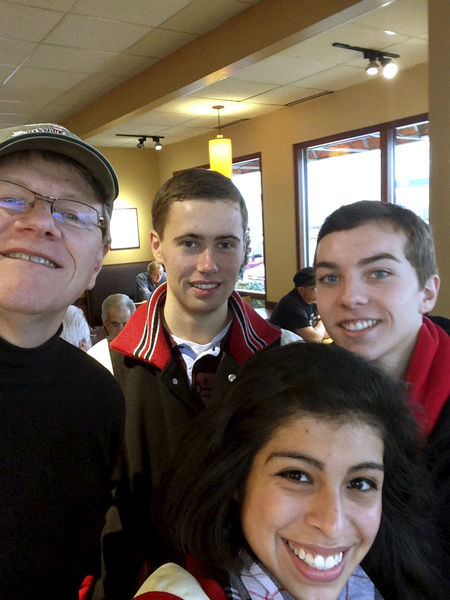 ContributedHickory High School National Honor Society members Stephen Petrochko, back center; Mike Funera, right; and Jessica Garcia-Ramierez, front; stand at Panera Bread in Hermitage with a customer they gave a cookie to as part of a random act of kindness scavenger hunt. 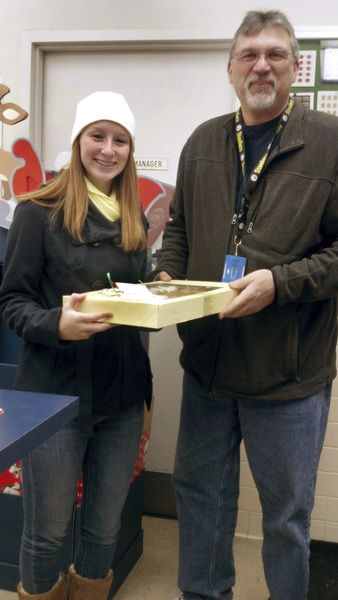 ContributedAt left, MaryKathryn Bair stands with a postal employee. Bair and other Hickory High School National Honor Society members bought doughnuts for the workers as part of a random act of kindness scavenger hunt. Above, students left money for people to find in used books 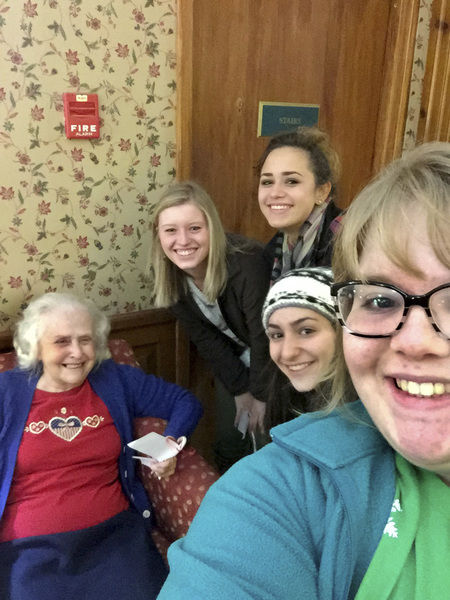 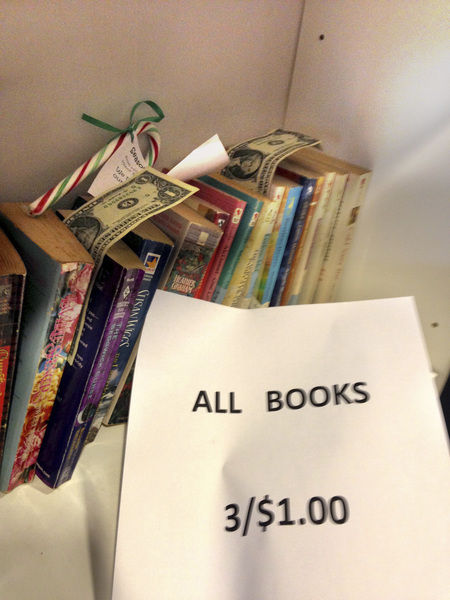 ContributedHickory High School National Honor Society members Stephen Petrochko, back center; Mike Funera, right; and Jessica Garcia-Ramierez, front; stand at Panera Bread in Hermitage with a customer they gave a cookie to as part of a random act of kindness scavenger hunt.

ContributedAt left, MaryKathryn Bair stands with a postal employee. Bair and other Hickory High School National Honor Society members bought doughnuts for the workers as part of a random act of kindness scavenger hunt. Above, students left money for people to find in used books

Can any of those items change the day for someone? Hickory High School National Honor Society students found out Saturday when they undertook a random act of kindness scavenger hunt.

Thirteen students were given a little cash and two hours. They showed up at businesses and public places throughout Hermitage and surprised people with small gifts or assistance, or placed something of value in an unusual space for someone to find.

“It’s definitely something I would do again,” said senior Leah Svarny. “We all thought, if we had more time and had our own money to put in, we would do more.”

“The idea was born from our efforts to find a creative and unique activity for December,” said adviser Roseanne Hoffman. “We wanted to extend ourselves beyond the typical candy sales or bake sales and do something that allowed us to go into the community and see the faces of those we were helping.”

The students held doors open for people, put away shopping carts, bought hot chocolate for a man who was working outside, handed out candy canes and carnations at Juniper Village at the Shenango Inn in Sharon, bought a lottery ticket and set it out for someone to find, left a few dollars on a gas pump and gave a woman standing in line at a grocery store $3 to help with her purchase of cat food.

“She was just so happy,” Leah said of the recipient of the $3.

Not everyone was so openly grateful. Some people questioned what the students were doing and why they were doing it.

“In this day and age, I think it’s sad that people were so skeptical,” Hannah said, but Leah added that she probably would act the same way.

As the students explained their actions, people welcomed them. It helped when the students became more comfortable with what they were doing.

“At first, it was a little awkward,” Hannah said.

“I think our favorite was (Juniper Village),” Leah said. Immediately upon walking through the front door, a man saw the Hickory logo on one of the student’s jackets and told them about his time at Hickory and asked them their future plans.

The society conducts a number of community endeavors, from the annual Veterans Day lunch to making soup and bread for the homeless. Leah and Hannah said they hope the scavenger hunt becomes an annual event and is not necessarily held just at Christmastime.

“I think, if other schools are looking for something to do, just spend a morning or afternoon to do something like that,” Leah said.

“It was a really great feeling,” Hannah said. “They were so happy. Just to see their faces said it all. I think it teaches the students a really good lesson.”