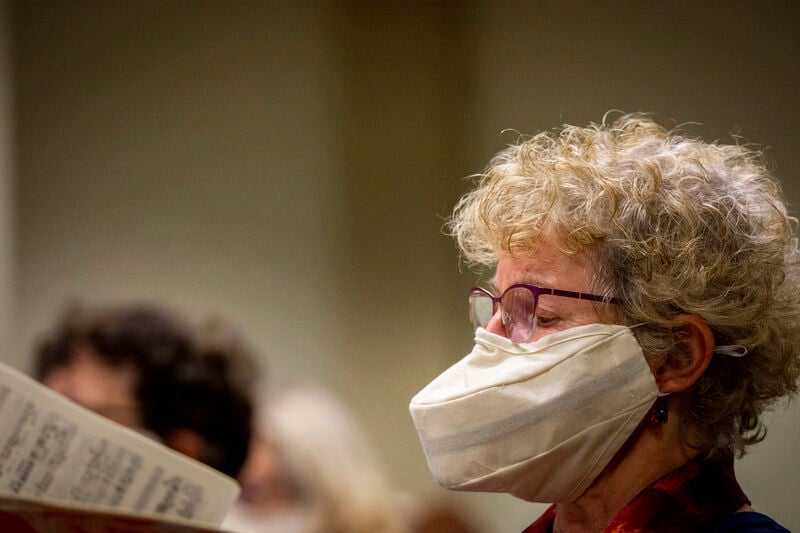 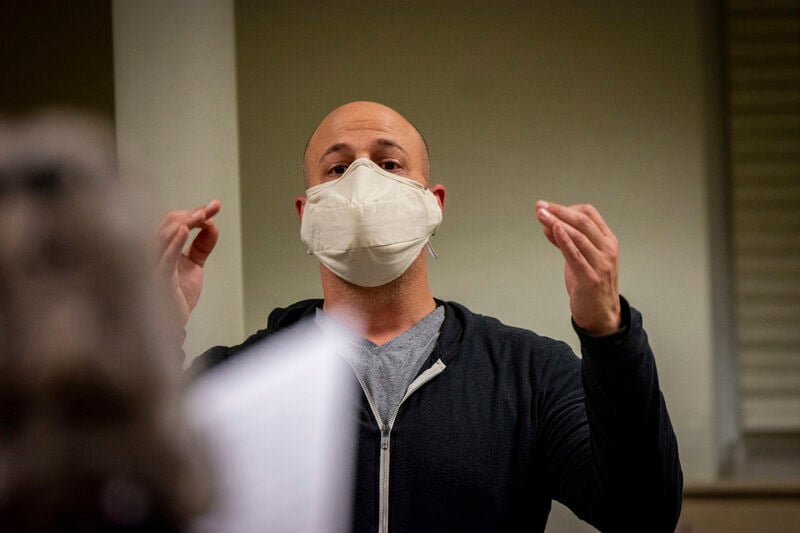 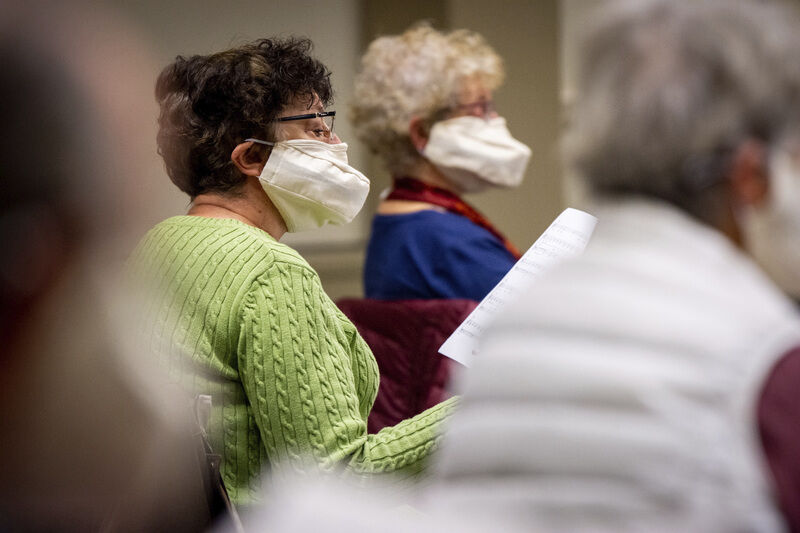 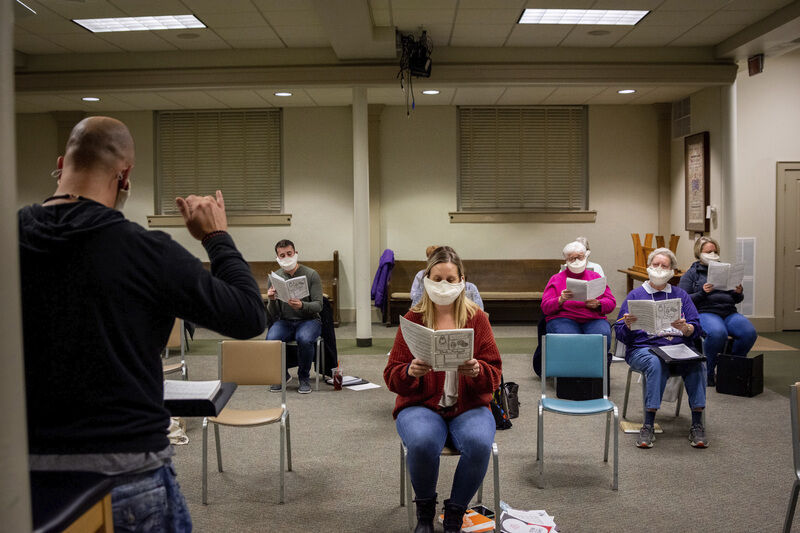 TANNER MONDOK | HeraldFor safety from the virus, the Shenango Valley Chorale has been rehearsing for its upcoming virtual holiday concerts while masked and socially distanced and in two groups that rehearse separately in sessions a half-hour apart. 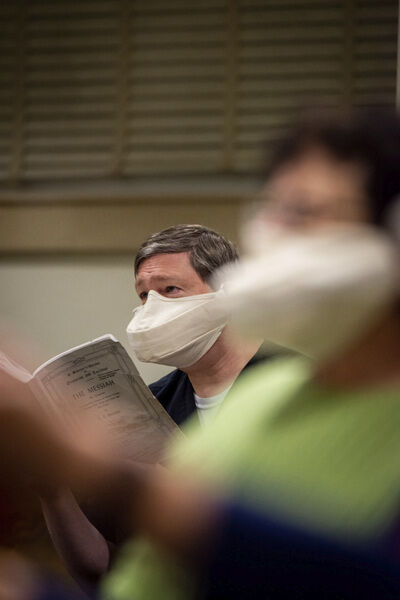 TANNER MONDOK | HeraldJames Maloney sings during a chorale rehearsal. The group, usually 80 to 100 members strong, is performing with about 40 this year.

This year, the COVID-19 pandemic has created its own changes. Members wear special personal protective equipment during rehearsals, and other singers decided to opt out for this season.

But in spite of the virus, Malsom, 74, of Hermitage, never considered staying home this year.

Shenango Valley Chorale would have about 80 to 100 members participating during a normal year. This year, that number has decreased to about 40, chorale President Susan Piccirilli said.

COVID-19 isn’t stopping the chorale from its traditional holiday performances, although it has forced some changes. The chorale will record its holiday show and post it online for those in the community to enjoy, from their own homes, instead of attending in person as in years past.

The pandemic made it uncertain at first whehter the chorale would be able to perform its winter concerts, and some members had health concerns because of COVID-19, Piccirilli said. Those who decided to participate have had no issues wearing masks or contributing.

“We love to sing. It’s part of our heart and soul,” Piccirilli said.

The virus has forced changes to the concerts’ rehearsal schedule and use of PPE.

Weekly rehearsals began in September, as they have in other years, but instead of two-hour sessions every Monday evening, the 40-member group breaks up into half-hour rehearsals of about 20 people each, with 30 minutes in between, conductor Stephen Barr said.

This set-up allows those members who want to participate in-person to social distance, while a few others participate virtually. The shift to half-hour rehearsals was made after research suggested that doing so would limit the potential for airborne particles would spread, Barr said. The half-hour break helps to clear the air before the next group arrives.

The chorale also ordered masks specifically designed for singers, which look more like a duck’s bill than the surgical-style masks or face shields more commonly worn in public. Though the singing masks still can be uncomfortable and hot, the increased space makes it easier to breathe, and the heavier material prevents the aerosol spread of COVID-19 particles, Barr said.

“It’s kind of challenging working through all the safety measures and all the technical issues, but we’re figuring it out,” he said.

The Shenango Valley Chorale’s members are familiar with both “Messiah” and the various Christmas songs, which Barr said will allow them to be sufficiently prepared for the concerts despite the decreased rehearsal period.

“It’ll be easier than introducing everyone to new songs and trying to get those ready in time,” he said.

Piccirilli said he chorale planned to record the concerts some time between Thanksgiving and Christmas, although the recording dates are still being determined. The group will also provide musical entertainment for the annual Shenango Valley Chamber of Commerce Christmas luncheon.

Normally the group would perform at the luncheon in person, but Piccirilli said the chorale will record some songs for a virtual performance.

Once the concerts have been recorded and edited, Piccirilli said the chorale will upload the shows where viewers can watch the concerts virtually, with the option to make donations. Information and the virtual concerts will be posted to the Shenango Valley Chorale’s website, www.shenangovallleychorale.com, and the group’s Facebook page.

When the concerts are made available, Malsom said she hopes viewers will enjoy seeing the chorale still able sing and spread some holiday cheer despite the pandemic — especially since the in-person concerts have always drawn a loyal crowd.