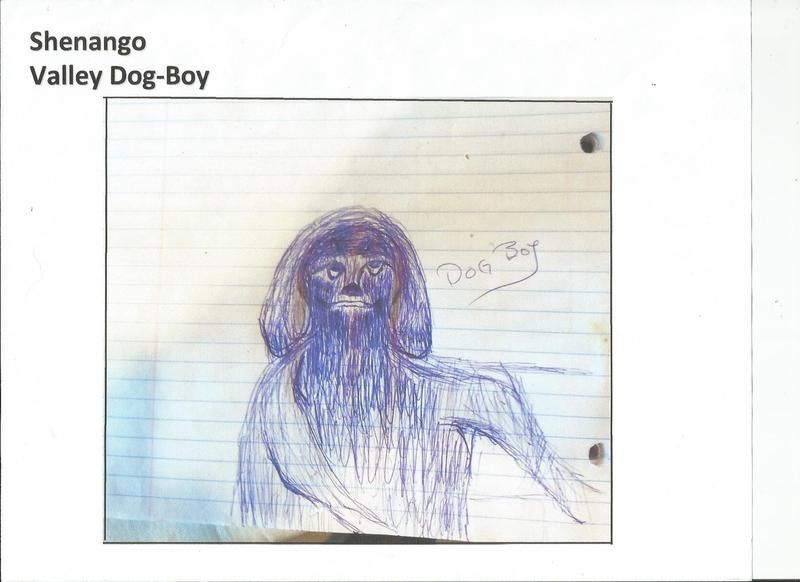 ContributedMercer resident Margie Lytle has provided investigator Brian Seech with a sketch based on her Dog-Boy encounter, which happened about 60 years ago in Jefferson Township. 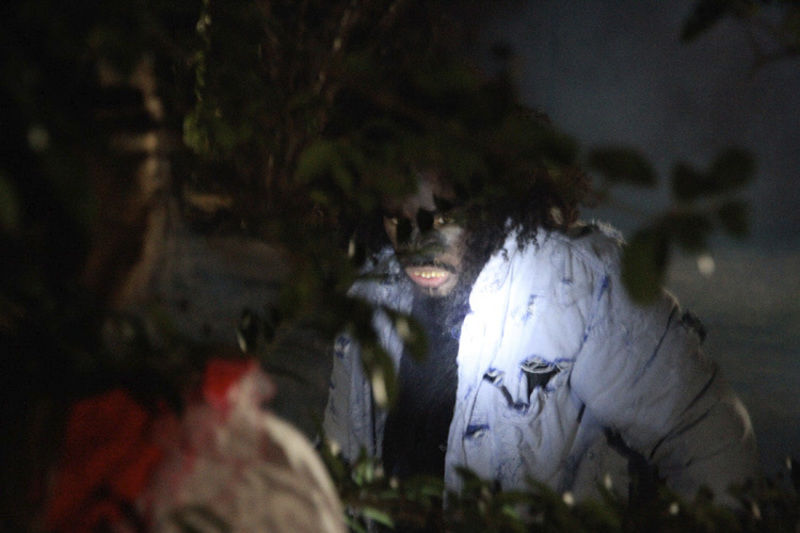 ContributedMercer resident Margie Lytle has provided investigator Brian Seech with a sketch based on her Dog-Boy encounter, which happened about 60 years ago in Jefferson Township.

Two Mercer County residents were interviewed about their encounters with Dog-Boy for Saturday’s episode of “Monsters and Mysteries in America” on the Destination America channel.

Airing at 9 p.m., those tuning in will learn about local sightings of the werewolf-like creature, as told by Margie Lytle of Mercer.

Mark Headings of Sharon was also interviewed, but his scenes had to be cut because of time and length restraints, according to a publicist for Discovery Communications early Tuesday afternoon.

Brian Seech, a former Grove City resident and co-founder of the Center for Cryptozoological Studies and the Center for Unexplained Events, will also be featured; he co-hosted “Strange Cryptids of the Ohio Valley” in September at the Community Library of the Shenango Valley, Sharon, and has worked closely with Lytle and Headings.

“This is gonna break it open,” Seech said of his hopes for the show to shed more light on Dog-Boy, among other legends.

According to the show’s website, “Monsters and Mysteries in America” goes straight to the source of such stories, talking to those who have experienced something that can’t be easily explained, “local legends passed down generation to generation tell of monsters hunting nearby woodlands, ancient spirits walking amongst the living, and alien creatures paying earth a visit.”

Saturday’s episode focuses on the Florida Zombie, the Dybbuk Box, and “young girls are being hunted by the Shenango Dog-Boy.”

“You can live in an area and not know what’s going on. This is a good example of that,” said Seech, who lives in Hopewell, Pa., with his wife Terrie, co-founder of CUE and CCS.

He’s been on the show before, sharing his research about creatures like the Devil Monkey and the Michigan Dog-Man, but he’s always excited to expose more people to stories he believes are becoming more commonplace because society has become more accepting.

Seech was filmed by the crew this past fall in Pittsburgh, providing notes, photos and other materials he collected during his meetings with Lytle and Headings. Everything went well, and he’s excited to see it all come together, as are Lytle and Headings; they also attended the September library presentation.

Lytle was 8 or 9 when she had a run-in with Dog-Boy in 1955 or 1956 in Jefferson Township, off Hopper Road, not far from where she grew up on nearby Ballpark Road.

She’s been telling the story for many years and first met Seech in 2009, but she’s glad to have the chance to recount her experience for a large audience.

“It’s just a relief that someone finally listened,” she said of Seech.

She also met with the TV crew this fall. They interviewed her at home and Lytle took them to the abandoned farm where she saw Dog-Boy one night while out for a walk with her mother Mary and a group of neighborhood children.

“I don’t have to ad lib any of that,” Lytle said of what happened; she still has flashbacks.

As their group neared the property, a working farm at that time, Lytle’s mother mentioned she heard Dog-Boy lived there, in the small milkhouse on the edge of the property. Lytle doesn’t know who owned it then, or who owns the land now.

Several older children in the neighborhood had stories of unexplained, horrific howls; that night Lytle heard a howl and a screech, and her mother ordered everyone to run. The creature grabbed Lytle’s left hand, her mother helping her break free, Lytle said.

“That was scary stuff,” she said, recalling the large animal had a lot of dark hair; it returned to the milkhouse as she ran away.

None of the neighbor kids saw what Lytle believed to be Dog-Boy, but retelling the story has been therapeutic for her, and has helped her come to terms with what happened. She hopes others with similar stories realize they’re not alone.

She plans to watch the show with a friend and is interested to see the re-enactment; she sent the network several childhood photos to help them with the casting.

“I don’t know how I’m going to react to it,” said Lytle, the youngest of six children.

She has another mystery on her mind after a recent visit to the abandoned farm; the barn and milkhouse no longer stand, apparently having been demolished.

“That was a landmark,” she said, puzzling over what could have happened.

Lytle, Seech and Headings all expect a good response to the Dog-Boy tale; people will enjoy the local connections.

Headings spoke with Allied News Monday evening, recalling two times in the early 1980s when he crossed paths with a creature he’s certain was Dog-Boy, and he wasn’t the only one who saw something unusual.

One day he and his friends were walking down a dirt road off Charles Street in Hermitage, not far from Headings’ Sharon home, when a few of their friends on bicycles came out of a wooded area, saying they had been chased by Dog-Boy.

About a week later, he was in that same area one night, armed with a flashlight, when something standing about 6 or 7 feet tall came down the dirt road.

“I saw the creature walk out,” he said.

Another night, he slept outside his home in a pop-up camper, except he didn’t get much sleep. He heard a noise that sounded like a dog breathing heavily outside. The animal then slammed into the side of the camper with enough force to knock Headings off the bed.

He saw the creature hit the fence as it ran off; Headings was too scared to leave the camper and stayed there until morning.

He said he’s heard stories over the years about a cult-like group at a nearby home that performs rituals, one of those acts possibly summoning Dog-Boy.

He shared his story with the TV crew and while they didn’t have time to film the dirt road and wooded area, Headings, like Lytle, is relieved to be able to talk about what happened.

“I hope more people will open up about more things,” he said.

Seech is hoping the same, and urges folks to report such findings to him. He got some new Bigfoot information from those who attended his library talk, which attracted about 100 people; he may hold another event this fall.

And for any skeptics, he suggests viewers keep an open mind, and Seech has become better at reading people who have a sighting to report.

“You can tell when people have had a genuine experience,” he said.

He’d also like to see younger researchers pick up wherever he and his team leave off, whenever that may be.

Seech’s next project centers on the Butler Gargoyle, a tall, winged-creature with a helmeted head that has been spotted at least 14 times in areas including Chicora.