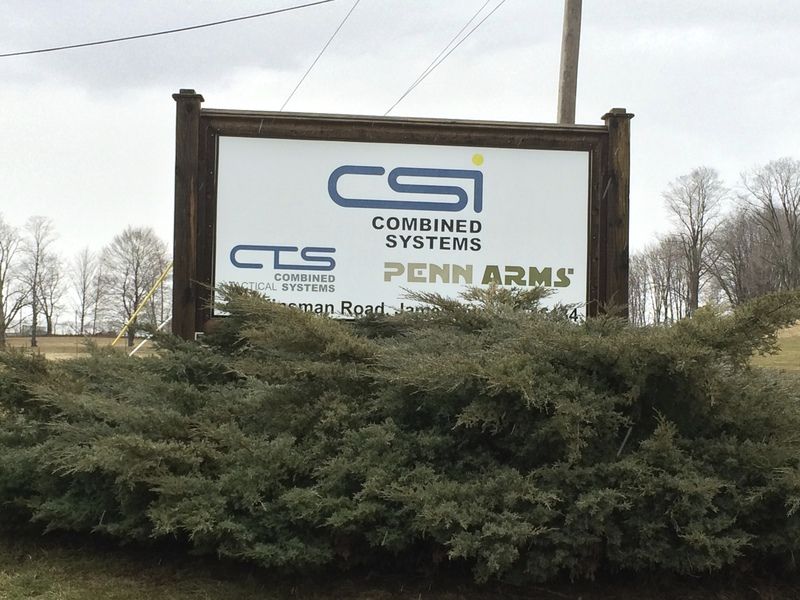 Melissa Klaric | HeraldA 25-year-old Greenville man was flown to a trauma hospital after a weapons malfunction at Combined Systems Inc. on Thursday. 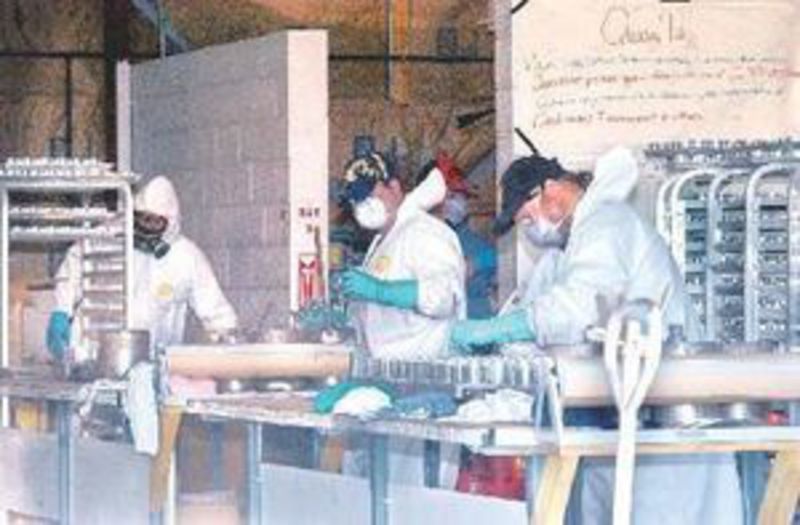 Melissa Klaric | HeraldA 25-year-old Greenville man was flown to a trauma hospital after a weapons malfunction at Combined Systems Inc. on Thursday.

GREENE TOWNSHIP – An accident outside a factory near Jamestown that makes nonlethal munitions sent an employee to a trauma center on Thursday.

The 25-year-old Greenville man was flown to an Erie hospital with shrapnel lodged in his shoulder, said Jamestown assistant fire Chief Tom Luckock. The man’s health status was unknown, but he was talking to emergency personnel on the scene, Luckock added. Citing confidentiality laws, emergency crews did not release the man’s name or address.

The injured man and another employee were destroying expired munitions made by Combined Systems Inc., when a malfunction occurred at 11:15 a.m., state police said in a news release.

Combined Systems, formerly known as Combined Tactical Systems, 388 Kinsman Road, produces nonlethal munitions, according to its website. Its products are used by police and security agencies around the world. Products made by the company include flash-bang grenades, smoke grenades, rubber bullets and pepper spray.

Neighbors said they heard four to five gunshots Thursday morning, but nothing they’re not used to hearing.

A neighbor, who asked not to be named due to pending litigation against the company, said that incidents such as these happen on a regular basis.

”People are taken to the hospital once or several times a year,” he said. “Fires occur regularly. There are fire engines and ambulance that come and go.”

A fire in September 2013 in the “gas house” where tear gas canisters are made sent a dozen employees to the hospital for treatment. An explosion and fire earlier that year sent an employee to the hospital. In February 2012, an explosion caused by a tear gas mixture ignited a fire, with no reported injuries.

”Since then they’ve changed their practice,” Luckock said. “They had trouble with fires, but since they had the gas house redone, there’s been no more trouble.”

A lawsuit against Combined Systems filed Dec. 2 by neighbors and property owners alleges nuisance and trespass.

The company routinely tests its irritant and smoke emitters, tear ball grenades and flash bangs outside its buildings, which have “materially diminished and continue to diminish” the value of neighboring properties, the suit says.

The company said in its answer to the lawsuit that its “products and sales are essential to the defense of the United States of America and the operations of law enforcement agencies,” including the FBI, CIA and Department of Homeland Security.

The company set up shop in 1995 and has grown to 18 buildings at the site – another is under construction – and has about 200 employees.

Eleanor J., 90, of Sharpsville. Visitation: 12 to 1 p.m. Thursday (6-4-20) at Oakwood Cemetery Chapel. Due to current guidelines, only 25 people will be allowed to enter the chapel at a time and masks will be required. All current health guidelines and social distancing will be observed. Fun…