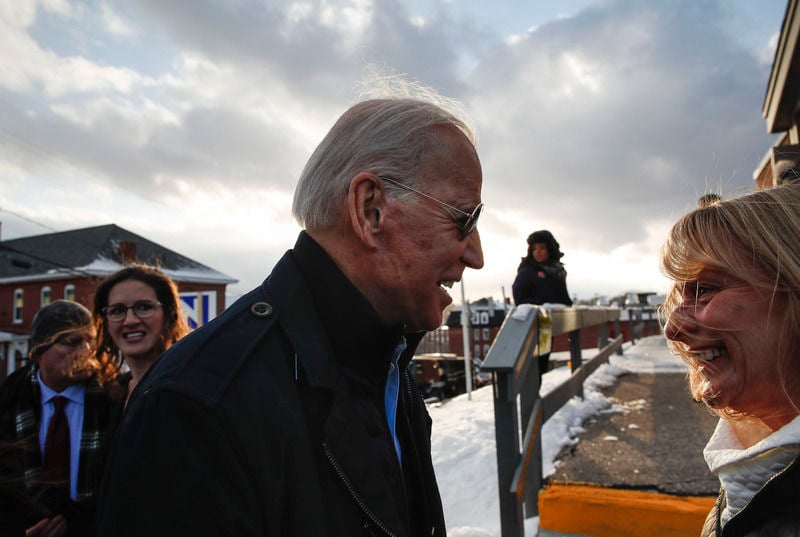 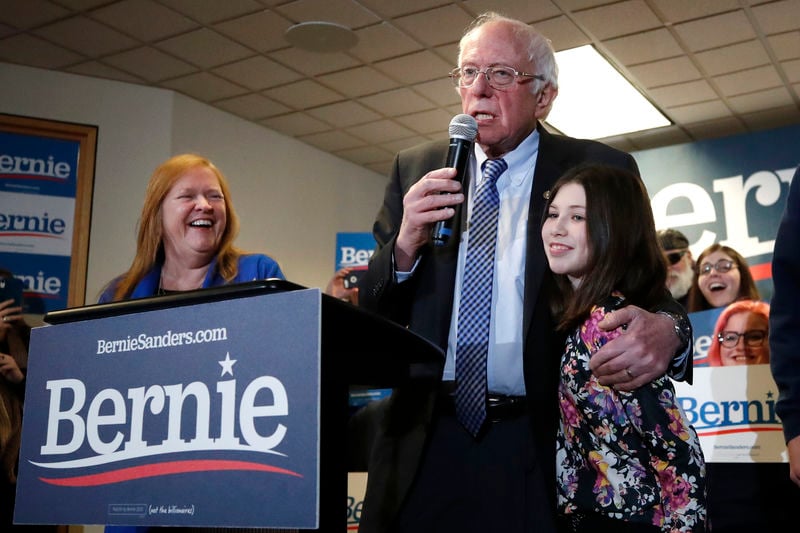 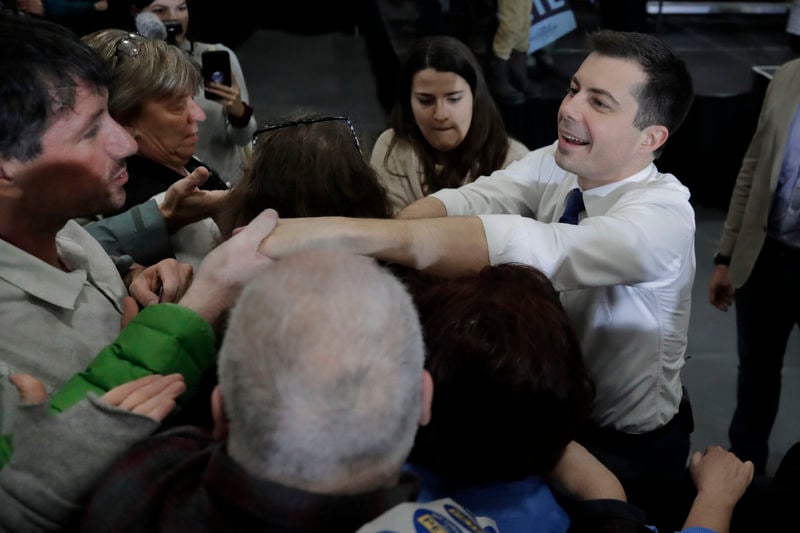 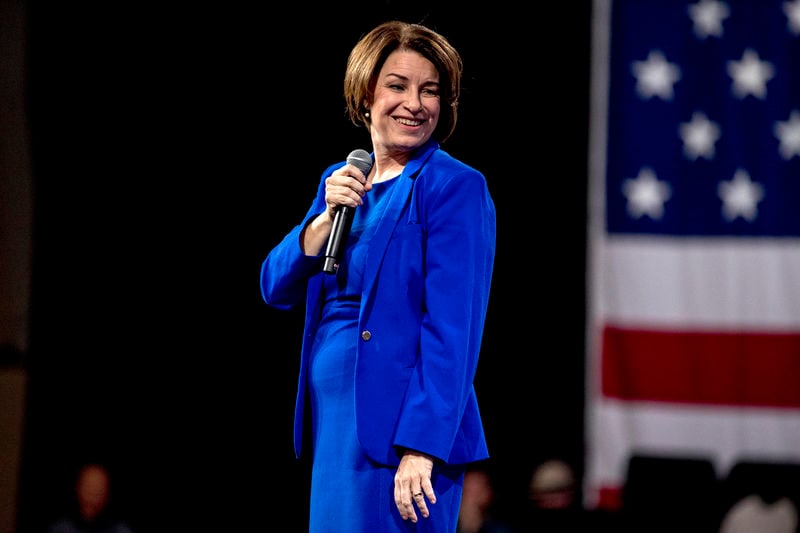 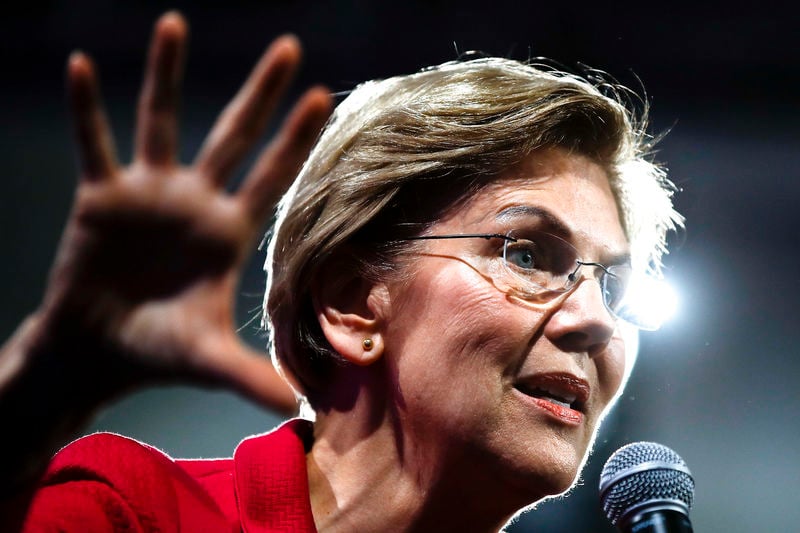 MANCHESTER, N.H. — Scrambling to salvage his presidential campaign, Joe Biden escalated his criticism of Pete Buttigieg on Saturday, mocking Buttigieg’s experience as a small city mayor and cutting down the comparisons Buttigieg has drawn to the last Democratic president, declaring: “This guy’s not a Barack Obama.”

Biden’s biting attacks on Buttigieg’s relatively thin resume mark a new, more aggressive attempt to slow the momentum of the youngest candidate in the Democratic field. The 38-year-old emerged from Iowa in an effective tie with Sen. Bernie Sanders, but faces questions about whether his eight years as mayor of South Bend, Indiana — a city of about 100,000 people — prepared him for the presidency.

Buttigieg also faced criticism from Sanders, who said he had billionaires “by the dozens” contributing to his campaign.

“If you’re serious about political change in America, change is not going to be coming from somebody who gets a lot of money from the CEOs of the pharmaceutical industry,” Sanders said.

Both Sanders and Buttigieg appear in strong position in New Hampshire ahead of Tuesday’s primary, while Biden has conceded he expects to take a “hit” in the state.

Biden’s campaign is urgently trying to recalibrate, shaking up its senior leadership and signaling that the former vice president won’t go down without a fight. On Saturday morning, the campaign posted an online video attacking Buttigieg that was one of the harshest intraparty broadsides of the Democratic primary.

Buttigieg’s inexperience is among his chief vulnerabilities as he pitches voters on his preparedness for the Oval Office. He’s argued that his tenure as mayor, particularly of a Rust Belt city, gives him a better feel for the concerns of voters Democrats need to win back in 2020. But he has not yet had to defend the substance of his record against the kind of specific attack Biden launched.

His campaign accused Biden of trivializing the work that goes on in small cities across the country, and of political desperation. The campaign also highlighted criticism from other mayors around the country who said Biden was denigrating the importance of small cities.

Buttigieg himself also issued a sharp retort Saturday night at a Democratic Party dinner in Manchester: “Americans in small rural towns in industrial communities and in pockets of our country’s biggest cities are tired of being reduced to a punchline by Washington politicians and ready for somebody to take their voice to the American capital.”

Buttigieg’s calls for generational change and his criticism of Washington has irked some of his rivals, including Biden, who has accused the former mayor of undercutting the work of the Obama administration.

Buttigieg has argued that while the Obama administration had successes, the country is in a different place than it was four years ago and requires new leadership. He’s also tried to draw comparisons to Obama, highlighting his ability to overcome questions about his own inexperience during the 2008 campaign.

The former vice president made clear on Saturday that he sees the comparison as ill-fitting.

Biden’s advisers are well-aware that two weak performances will chip away at Biden’s core argument: that he’s the most electable candidate in a general election faceoff against President Donald Trump. The former vice president hopes to stay viable through South Carolina, which votes at the end of the month and is the first state on the primary calendar with a large black population. Biden has polled significantly better than his rivals with black voters throughout the campaign.

Buttigieg, meanwhile, has struggled to build support with black voters, raising questions about whether his early momentum will be blunted when the campaign heads south.

“This is a diverse party,” Biden said. “It’s the reason why we’re strong. Our nominee has to reflect that strength.”

It’s not just Buttigieg who is blocking Biden’s path. Sanders also appears poised for a strong showing in New Hampshire, a state he won by more than 20 percentage points in 2016.

Sanders, a self-described democratic socialist, still faces questions from some Democrats about whether he would damage the party in the general election. Biden and Minnesota Sen. Amy Klobuchar have led that charge, with Klobuchar being the only candidate to raise a hand in Friday’s debate when moderators asked if anyone was worried about having Sanders at the top of the ticket.

“People know I’m straightforward and I tell them the truth,” Klobuchar said of the moment on Saturday. She also announced to voters that her campaign had raised $1.5 million since the debate.

Sen. Elizabeth Warren, who represents neighboring Massachusetts in the Senate, also needs a strong finish in New Hampshire to prove her campaign viability in the primary. As she spoke to supporters before they headed out to knock on doors, she noted that it had been three years since Senate Majority Leader Mitch McConnell, R-Ky., admonished her on the Senate floor with the phrase “nevertheless, she persisted” — an expression that Warren has turned into a motto for her campaign.

“I’ve been winning unwinnable fights pretty much all my life,” she said.