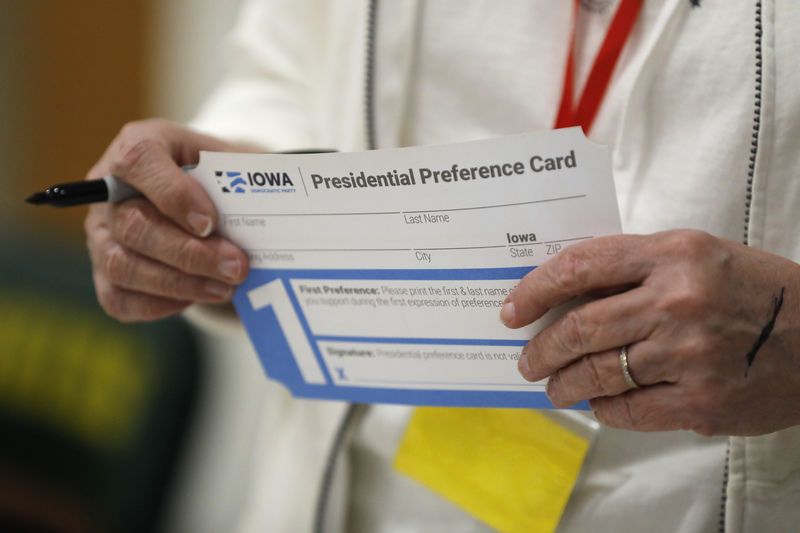 APA volunteer holds a Presidential Preference Card before the start of a Democratic caucus at Hoover High School Monday in Des Moines, Iowa. 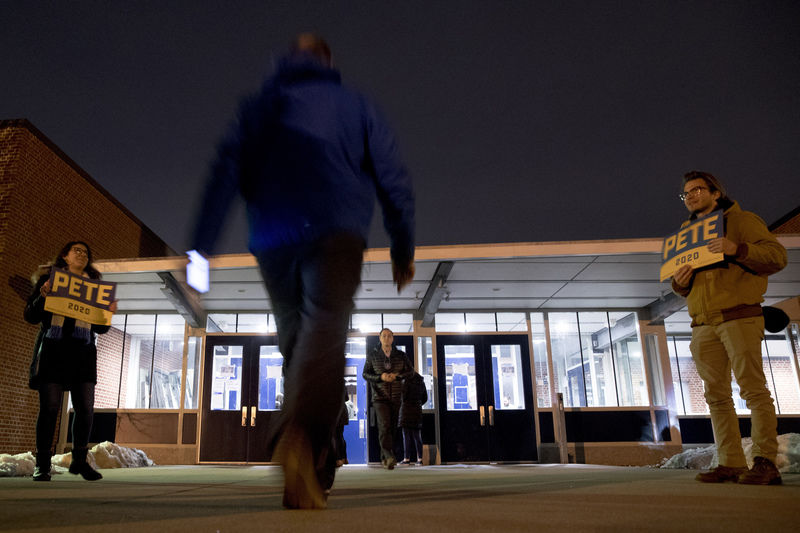 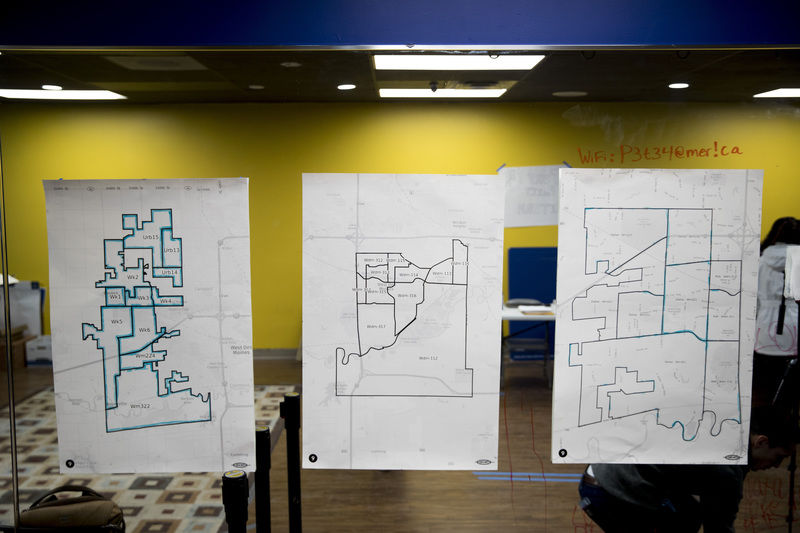 APA volunteer holds a Presidential Preference Card before the start of a Democratic caucus at Hoover High School Monday in Des Moines, Iowa.

WASHINGTON — Iowa Democrats are fiercely united by the goal of unseating President Donald Trump, but they were sharply divided Monday over which candidate was best equipped to do so, according to the AP VoteCast survey.

As host of the first of the nation’s presidential contests, Iowa has played a historic role in defining the field of Democratic frontrunners. But the results from AP VoteCast show how difficult it can be for any single contender to unite an increasingly diverse coalition of voters whose common cause rests mostly on their fury with the Republican president.

Fully 88% said electability was very important for the Democratic nominee, compared with the 66% who said having the best policy ideas is highly important. But not everyone at the start of the caucuses agreed on who was most electable. Vermont Sen. Bernie Sanders was backed by voters under 30, while former Vice President Joe Biden’s base was largely older and Massachusetts Sen. Elizabeth Warren was drawing more support from women than men.

“Hey, everybody, if you want to beat Trump, come over to Biden’s camp,” yelled Jeff Erickson, a retired postal worker, as voters filed into Hoover High School in Des Moines.

Yet many of the Democratic presidential candidates have possible weaknesses when challenging Trump. Just over 4 in 10 Iowa voters said it would be harder for a woman to unseat the president. Almost 6 in 10 said a gay candidate would have more difficulty defeating Trump, a potential risk for former South Bend, Indiana, Mayor Pete Buttigieg. Roughly the same share said a nominee with “strongly liberal views” would also face a harder time, while close to half said a nominee older than 75 — Biden and Sanders — would have a tougher time versus Trump.

AP VoteCast is a survey of more than 2,800 voters who said they planned to take part in Monday’s Democratic caucuses in Iowa, conducted for The Associated Press by NORC at the University of Chicago.

As voters gathered, there was a tension between those seeking to transform the U.S. government and those who believe a less disruptive candidate would fare better against Trump.

Nearly two-thirds said it was more important for them to vote for a candidate who will fundamentally change how the political system works, compared with one who will restore Washington to the way it was before Trump’s inauguration.

Biden has based much of his campaign on his decades-long service in the Senate and his partnership with Barack Obama in the White House, representing himself as a return to a more civil and bipartisan era. This contrasts sharply with Sanders and Warren, who are seeking to break with a past they see as perpetuating a lack of opportunity for many Americans.

Candidates have sought to distinguish themselves based on policies that could reshape the role of government in U.S. society. Sanders and Warren have embraced bolder changes such as universal health care through the government and a wealth tax. Biden, Buttigieg and Klobuchar have called for more incremental shifts in policy.

“Bernie is the candidate who is focusing on the big changes that are going to impact the future, rather than the right now,” said University of Iowa junior Allison Steger, as she waited to caucus for Sanders at the student union in Iowa City.

Democratic voters were also divided based on age, education and sex.

Close to half of voters under 30 supported Sanders as their top choice. Biden got the backing of 3 in 10 voters who were 65 and older.

Warren’s support was somewhat stronger among women than men. She and Minnesota Sen. Amy Klobuchar saw slightly more support from college graduates, compared with those without a degree. Voters without a college degree were slightly more likely to support Biden and Sanders.

Iowa Democrats who identified themselves as very liberal were somewhat more likely be in Sanders’ camp, while the moderates clustered with Biden, Klobuchar and Buttigieg.

About 4 in 10 ranked health care as their biggest priority, while 3 in 10 identified climate change as the top. Democratic voters were largely supportive of government programs that would improve access to health insurance coverage as well as taxation of carbon emissions in order to limit climate change.

Iowa Democrats almost universally share an abiding distaste for Trump. An overwhelming majority of caucusgoers — about 8 in 10 — were “angry” with the Trump administration. Another 14% said they were “dissatisfied, but not angry.”

Nearly 8 in 10 Democrats said they judged the impeachment process to be “worth it,” even though the Senate trial appears certain to close this week with an acquittal for Trump.

The solid economy, with unemployment at a half-century low, was an afterthought for Iowa Democrats, with just about 1 in 10 saying the economy was the top issue facing the nation. Trump has been rooting his reelection efforts around the economy’s growth, yet few Iowa Democrats seem willing to reward him for an expansion that began under his predecessor.

Democrats in Iowa do not feel they’re benefiting much from the growing economy. Roughly two-thirds of Iowa Democrats describe their own financial situations as “holding steady.” About as many said they are falling behind as said they are getting ahead.

Nearly 9 in 10 described the economy as very or somewhat unfair, a possible sign that many Democrats are nervous about the growing concentration of wealth and power with the top 1% of U.S. households.

The concerns about medical care, the fate of the planet and inequality are reflected in overwhelming support among Iowa Democrats for a presidential candidate who could transform the U.S. government.

Significant change could come from how Americans pay for health insurance. Seven in 10 backed a single-payer health care plan, which would shift all Americans to government-based insurance instead of private plans. Almost 9 in 10 support a proposal for people having a public option to receive health care through the government.

On climate change, close to 9 in 10 Iowa Democrats support taxing carbon-based fuels such as oil, coal and natural gas. Nearly half were strongly in favor of the proposal.