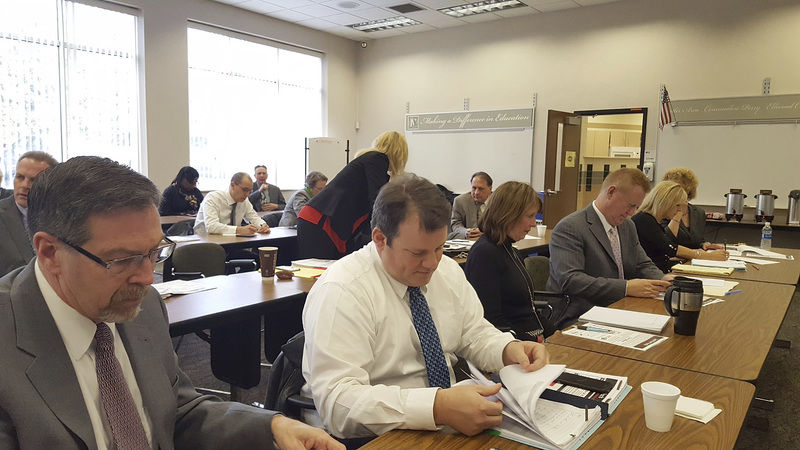 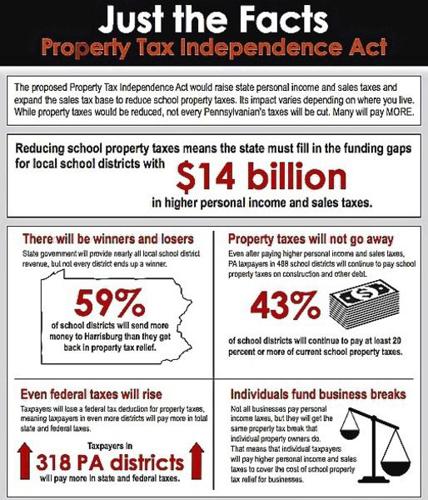 GROVE CITY – For generations, local property taxes have been the financial cornerstone for Pennsylvania school districts.

Now the General Assembly wants to eliminate the local real estate tax for schools and fund them differently.

On Thursday, school administrators from Midwestern Intermediate Unit IV’s service area gathered at Unit IV in Grove City to discuss the state Legislature’s proposal that switches school funding from local property taxes to higher statewide income taxes – up from 3.07 percent to 4.95 percent, higher sales taxes – up from 6 percent to 7 percent, and eliminates exemptions on many transactions, including groceries, clothing, shoes, funeral services, nonprescription drugs and lots of others.

The proposal would allow districts to collect property taxes only to retire current debt. At the same time it would give districts an annual inflationary aid increase and would require voter approval for school boards seeking to hike local income taxes.

In 2015 the proposal failed by a razor-thin margin of one vote. A movement is afoot to get the law passed in the current two-year session.

Those at Thursday’s meeting, mainly school superintendents and business managers, left no doubt about where they stand on the idea: They want to know how schools will be funded and if the formula for doing that will change.

A major issue with the current system, they said, is the unfair way state tax dollars are doled out, which forces them to rely on local tax revenue.

Most area districts spend an average of $9,000 to $10,000 per student per year on education. Meanwhile, according to meeting moderator Tom Zelesnik, some districts in the state – mainly in metropolitan areas like Pittsburgh and Philadelphia – spend $20,000 or more per student. Those districts, in turn, receive more state revenue.

”The name of this law sounds sexy – the Property Tax Independence Act,’’ said New Castle Area School District Superintendent John Sarandrea. “But that isn’t a true statement. There will still be taxes – but what we need is fair taxes.’’

Sarandrea, a former superintendent for Sharon City School District, complained schools that aren’t frugal are getting a windfall in tax dollars.

Since he has been at New Castle, Sarandrea said, he’s closed school buildings and reduced staff.

”In the professional staff alone we’ve gone down by 40 positions,’’ he said. “And our class sizes have gone up considerably. We used to be 20 students to a class, and now we’re around 26 to 28.’’

If property taxes are eliminated, the situation will get worse, Gathers and others agreed.

One woman pulled out a help-wanted ad seeking to fill customer-service jobs. Among the qualities being sought were employees with bachelor’s degrees who could speak and understand Spanish and French.

”We can’t provide competent skills in Spanish and French without having more money,’’ she said.

What’s really lacking in the proposed law are details of the funding formula, Zelesnik said.

”If property taxes are eliminated, I’m not sure what the funding formula will be,’’ he said. “The public needs to ask ‘What is all of this about?’ ‘‘

He and 10 or so other circuit riders have been hired to meet with educators to discuss school funding. The program is mainly composed of retired or former school officials and is being paid for with $420,000 from the William Penn Foundation.

A proposal in the Pennsylvania Legislature would eliminate local school property taxes, except for the purpose of paying off debt.

Here is the percent of area school districts’ 2014-15 general fund budgets that went toward paying down their debt: