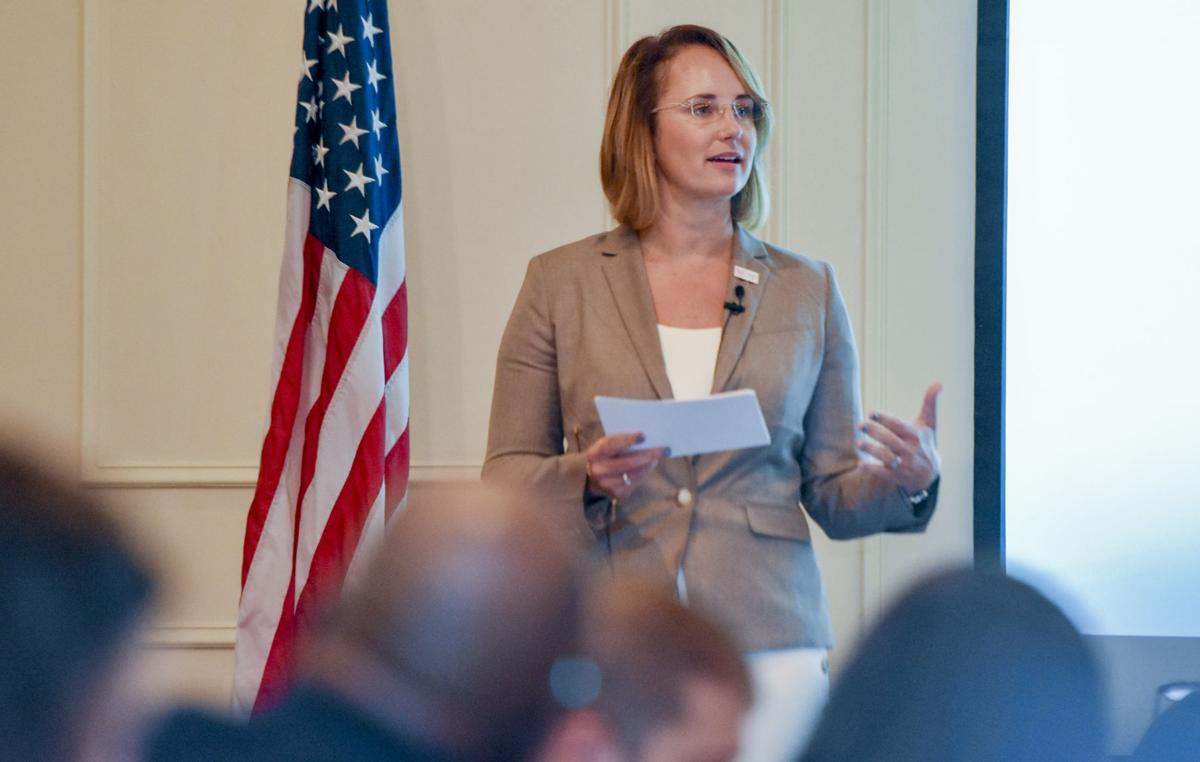 Lydia Mihalik, Director of the Ohio Development Services Agency speaks as the lunch keynote speaker during the Rising Rust Belt Summit held at the Park Inn by Radisson Wednesday afternoon. 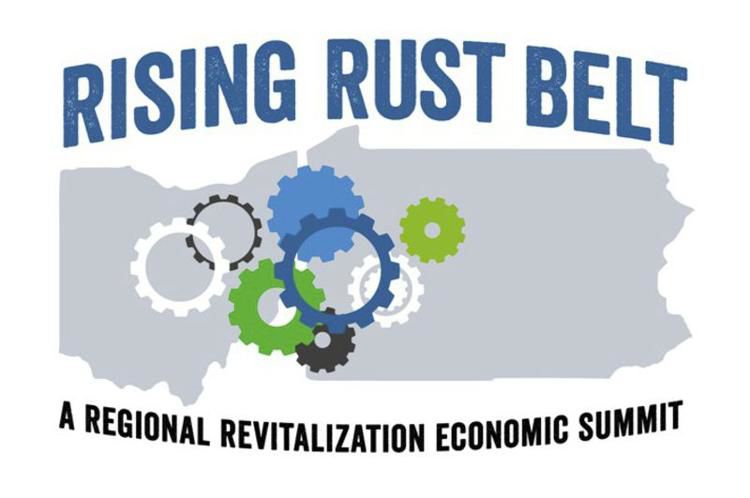 Mihalik, director of Ohio Development Services Agency, served as one of two keynote speakers during the first-ever Rising Rust Belt Summit, Sunday and Monday at the Park Inn by Radisson in Shenango Township.

In her speech Monday, Mihalik said the term "Rust Belt" can be considered derogatory, and should not be used to describe Ohio and Pennsylvania, where the economy is growing.

"Ohio has come a really long way since the recession," Mihalik said.

"We have a skills gap," she said. "The most important challenge we have right now is closing the gap."

With the incubator's externship program, she said Youngstown State University is helping to take the confusion out of joining the world marketplace.

The next challenge is to ensure that economic development extends throughout the state and impacts residents in both rural and urban communities. So far, Mihalik said the growth has been uneven.

"Our economy in Ohio is super strong but recovery hasn't yet reached every community," she said.

Ohio is one of the first states in the nation to step up with a complete plan to attract opportunity zones to Ohio, which would use tax incentives to attract private funds into economically distressed communities.

"We feel strongly that investment will lead to strong local communities in Ohio," she said.

"Water is our most precious resource," said Mihalik.

Drive Ohio is another initiative committed to leading the nation in automated and connected transportation technologies, she said.

Mihalik, former mayor of Findlay, Ohio, said the region's future — on both sides of the state line — is bright, which belies the entire Rust Belt tag.

"We're not Rust Belt," Mihalik said. "We're more fasten your seat belts. In Ohio, we know you can live, learn, innovate, work and play. Whatever you're looking for in Ohio, you can find it here."

A few clouds. Low around 55F. Winds light and variable.