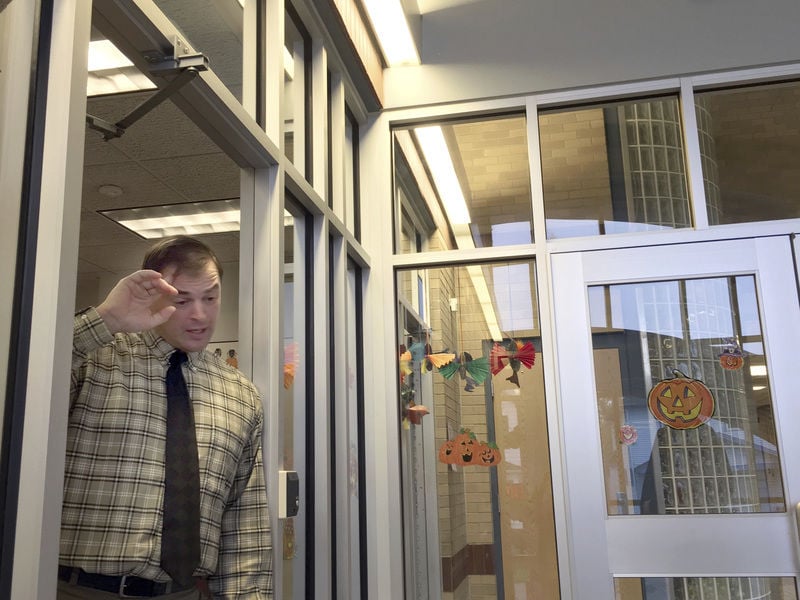 MELISSA KLARIC | Herald Musser Elementary School Principal Jeff DeJulia waits at the door for patrolman Andrew O’Shall to arrive Thursday to step in for the absence of a security guard. 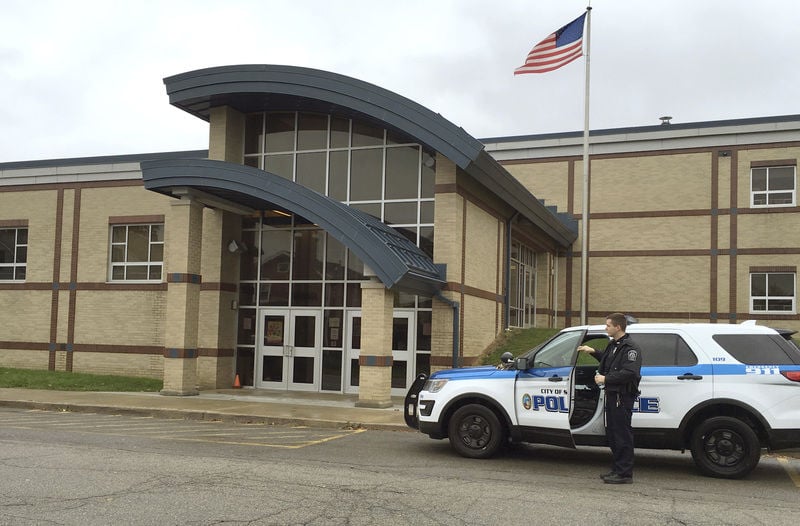 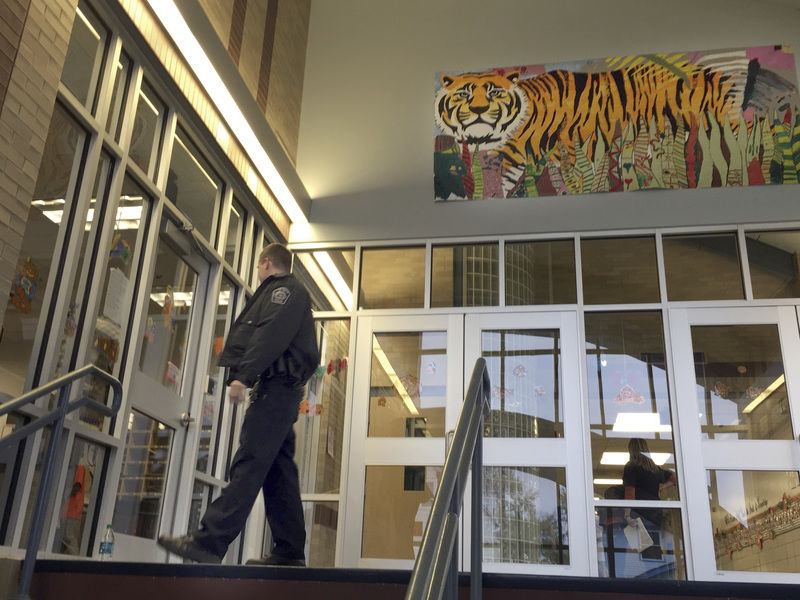 MELISSA KLARIC | Herald Musser Elementary School Principal Jeff DeJulia waits at the door for patrolman Andrew O’Shall to arrive Thursday to step in for the absence of a security guard.

SHARON – Sharon police Chief Gerald Smith first learned on Thursday while reading the newspaper with his morning coffee that C.M. Musser Elementary School’s security guard had been arrested earlier in the week.

The former Musser guard, Patrick William Hicks, 39, of New Castle, was placed in the school through Diversified Security Services of Hermitage, a company owned by a former Mercer County Commissioner John Lechner.

Hicks was arrested at 4 a.m. Monday for conspiracy to commit a burglary-related crime near New Castle.

Since Lechner said Wednesday that Hicks was fired the moment of his arrest, that left the school without a guard for 3½ days.

Smith said he called Sharon City School Superintendent Michael Calla Thursday morning to see if his patrolmen could help out.

“As soon as I found out there was no guard in the school,” Smith said. “I decided to position a police officer inside.”

He then sent patrolman Andrew O’Shall to the school at 11:15 a.m. Thursday.

“The safety and security of our children and staff in our schools is very important to us,” Smith said.

”The Sharon City School District appreciates the support and cooperation of Chief Smith and the Sharon Police Department in ensuring that our students and staff are provided a secure learning environment,” Calla said Thursday night.

A Musser parent, Kahyla Lee, 27, Sharon, who was dropping off her kindergartner on Thursday, was unaware of what was going on.

”I would feel better if there was a police officer stationed in the school,” said Lee, who attended Sharon schools.

Lee said she remembers James Masotto, the DARE officer, roaming the halls when she was in elementary school. At the high school, Lee said, Brian Faber was the high school resource officer. Both were patrolmen at the time.

Lee said she had no idea there was not a guard in the school most of the week and it made her a little uneasy.

”I would rather know,” Lee said. “Maybe they could have sent a note home.”

DSS has been providing the security guards at Musser, as well as Case Avenue and West Hill elementary schools, since last year. A city police detective is assigned to Sharon Middle/High School.

Chief Smith said the police department won’t charge the school district for the two days its patrolmen are watching over Musser students.

Having city police monitoring Sharon schools went by the wayside around 2008 when the city started having financial woes, according to Herald files.

Calla said on Wednesday that it has not been financially feasible to place Sharon police in the elementary schools, and the district has had no luck in applying for grants with the police department.

Smith said he applied for a federal COPS grant for $250,000 to place patrolmen in Musser and West Hill elementary schools next year. Case Avenue would keep its current guard. The department was turned down for the grant, even with the backing of local legislators, Smith said.

According to minutes from a special Sharon School Board meeting of June 29, 2015, the board unanimously approved an agreement with DSS to provide security services “retroactive to April 15, 2015, through June 30, 2018.”

The agreement between the district and DSS is on file in the district’s business office, according to the minutes of that 2015 special board meeting. An attempt by The Herald on Thursday to obtain a copy of the agreement was unsuccessful.

Hicks remained in Lawrence County Jail on Thursday. He is accused of taking part in a break-in of a Sunoco station in Neshannock Township, where boxes of cigarettes were reportedly stolen, said Neshannock Township police Lt. John Rand.