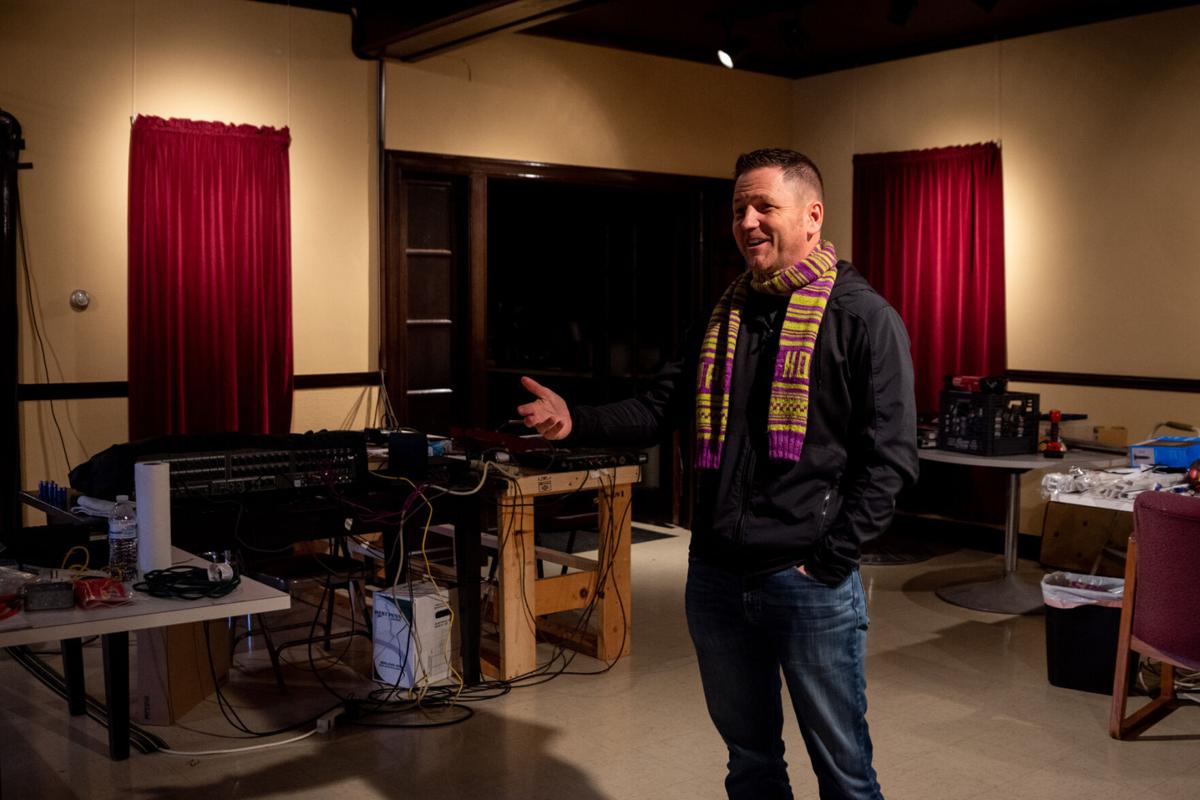 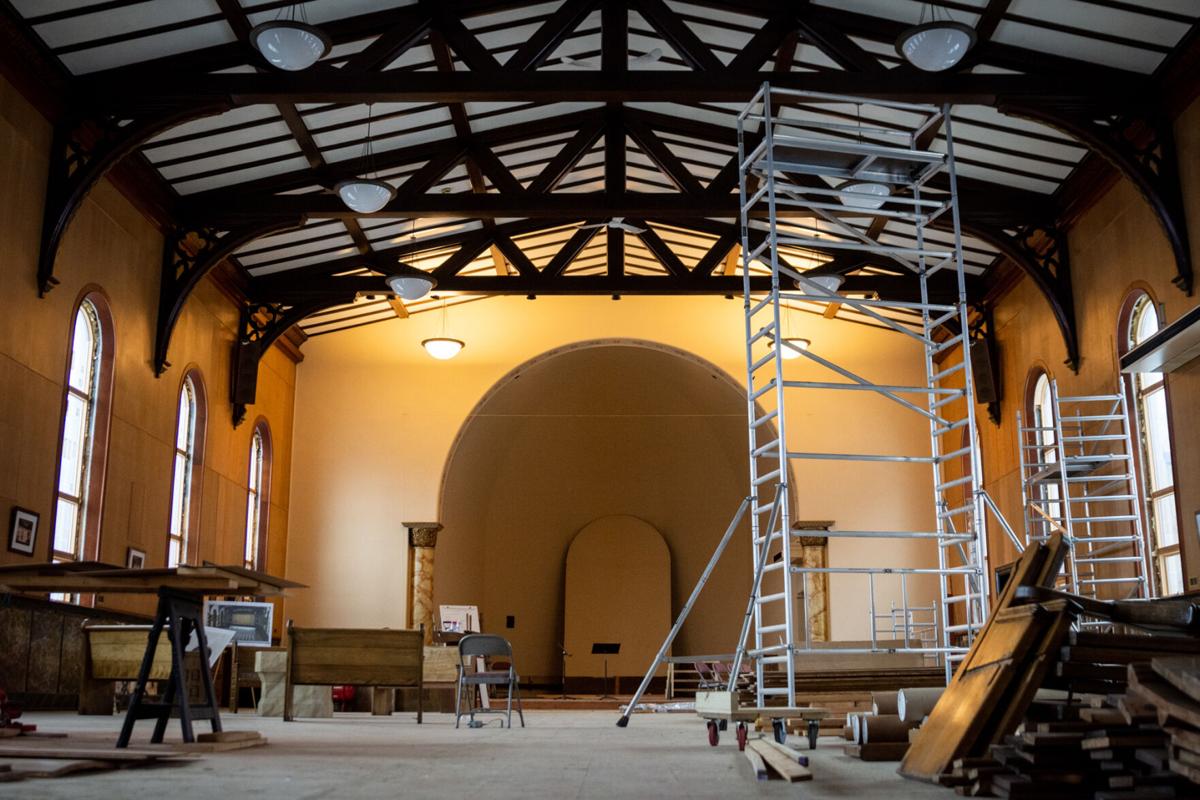 TANNER MONDOK | Herald An in progress look inside of the new location of ACTS being renovated in Sharon. 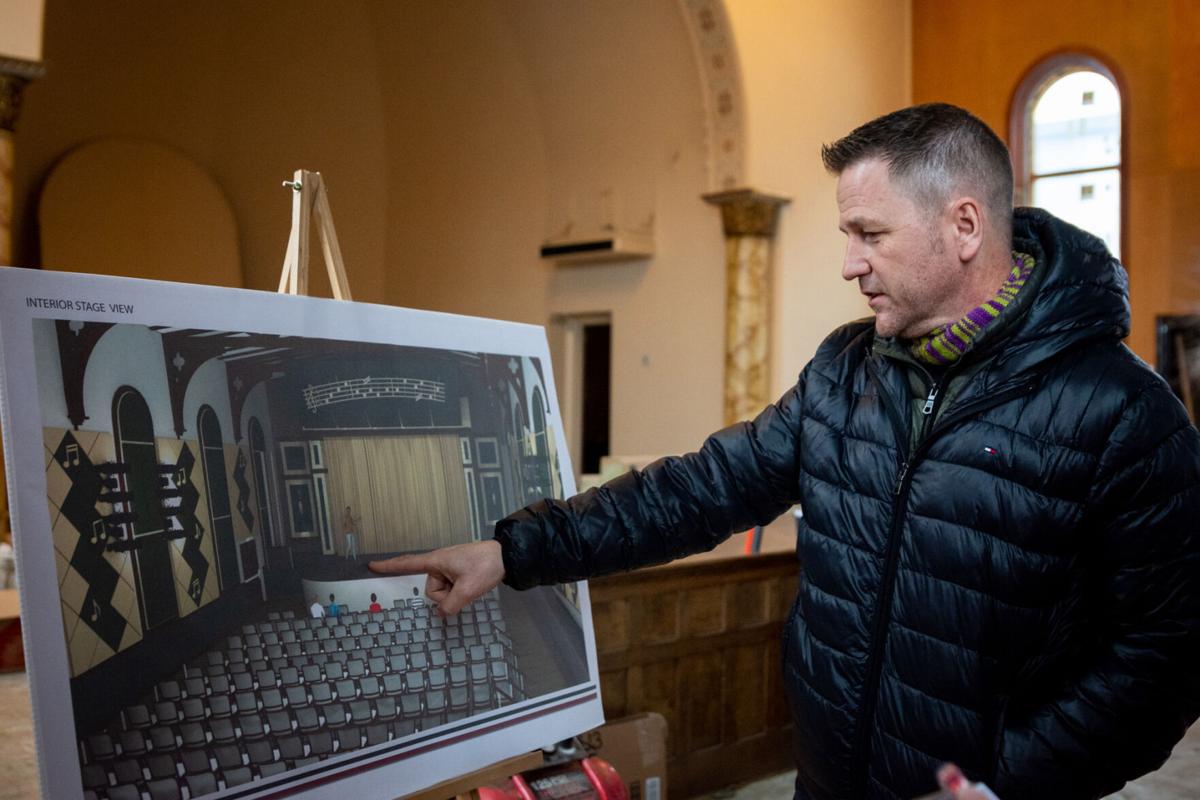 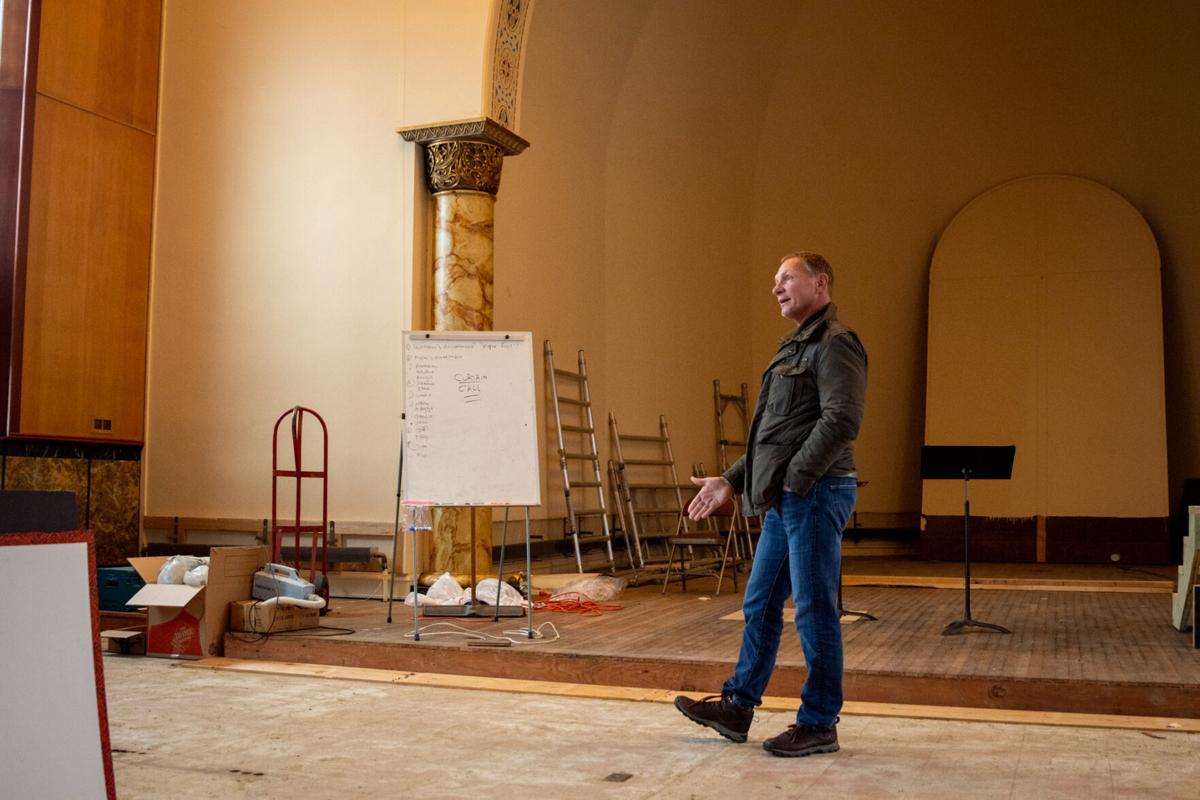 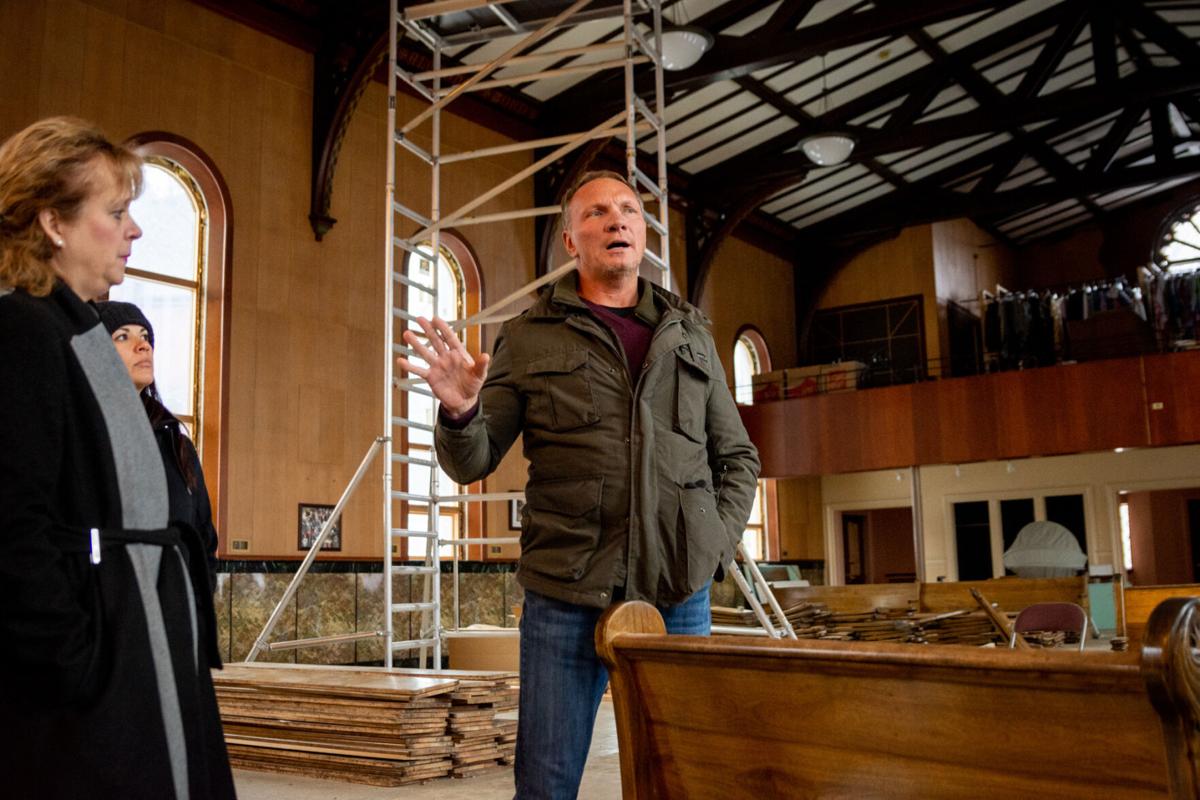 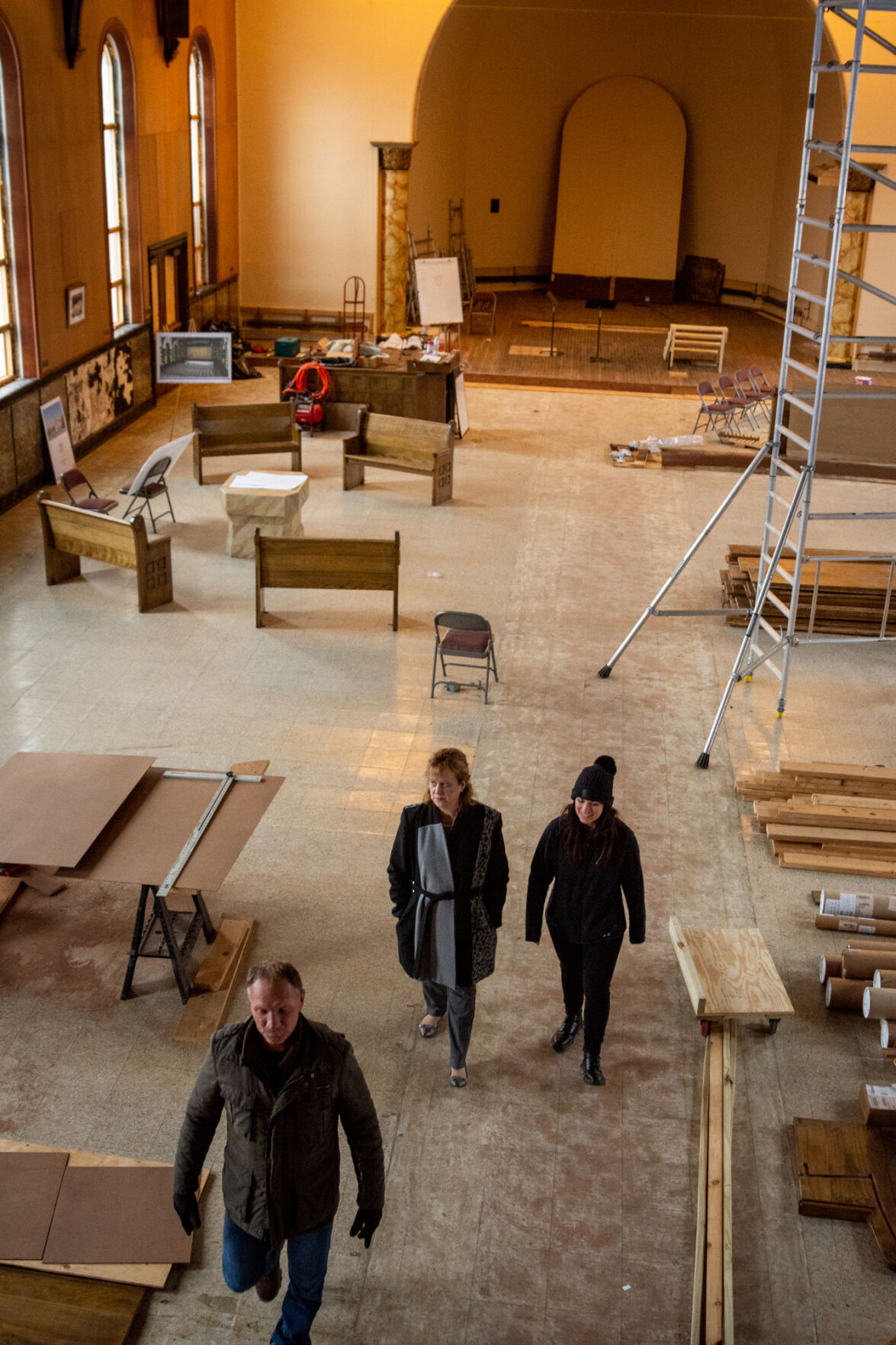 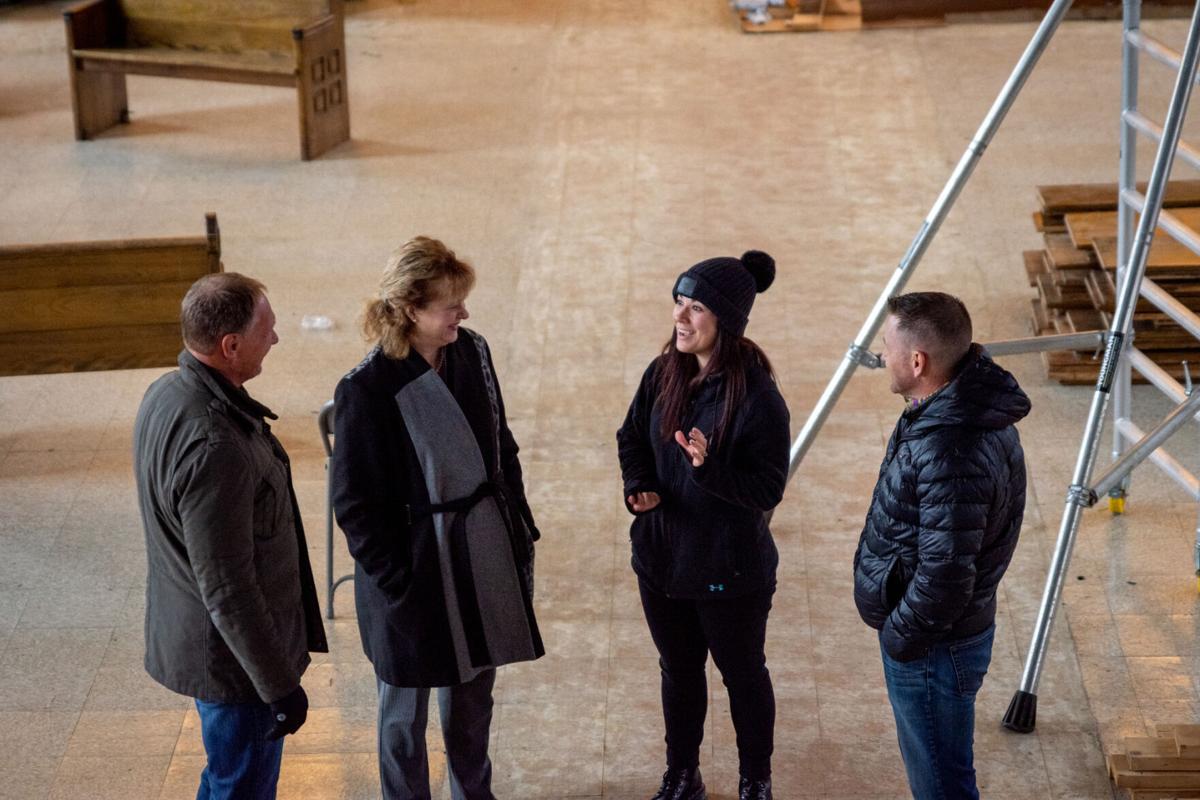 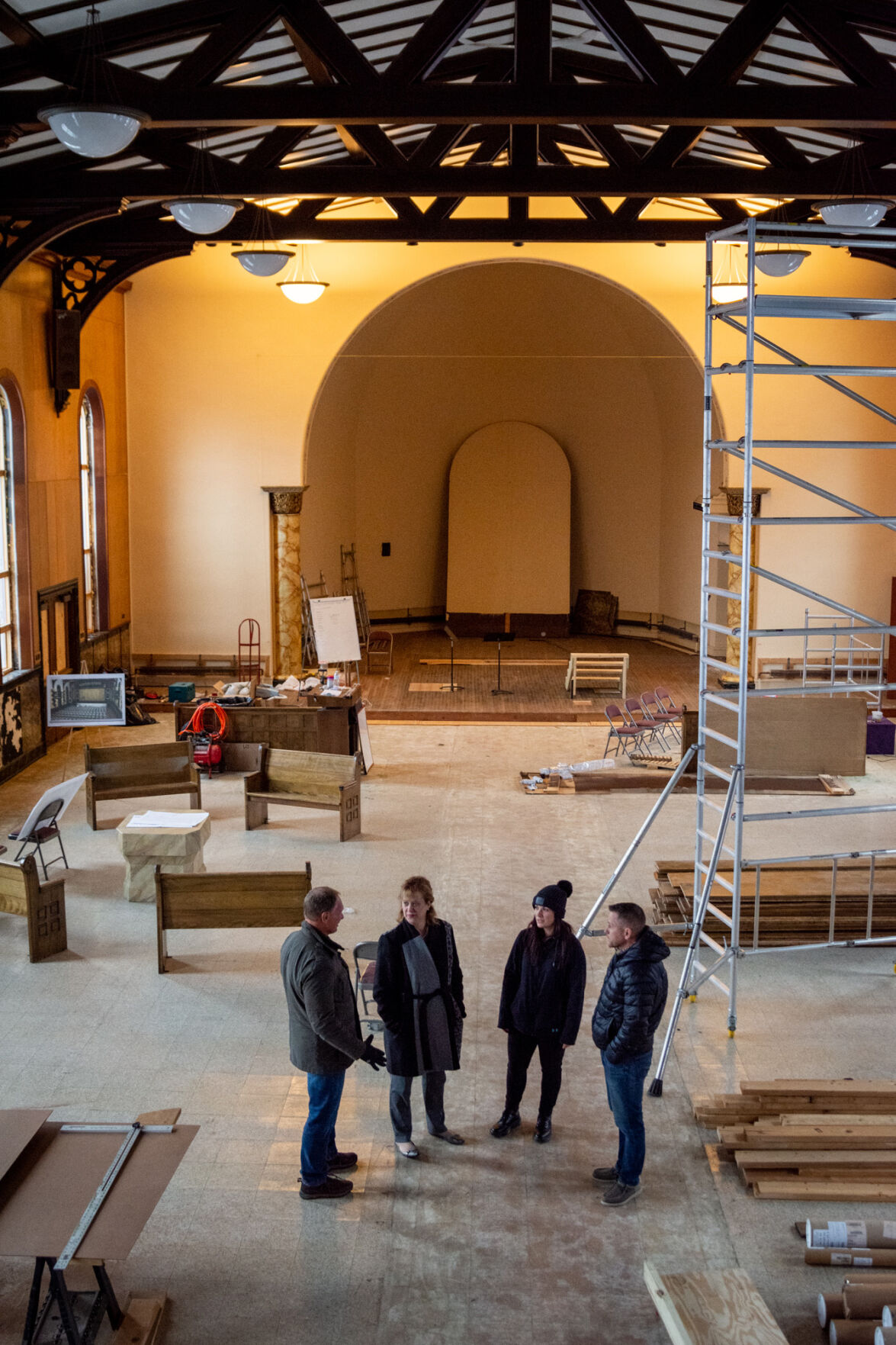 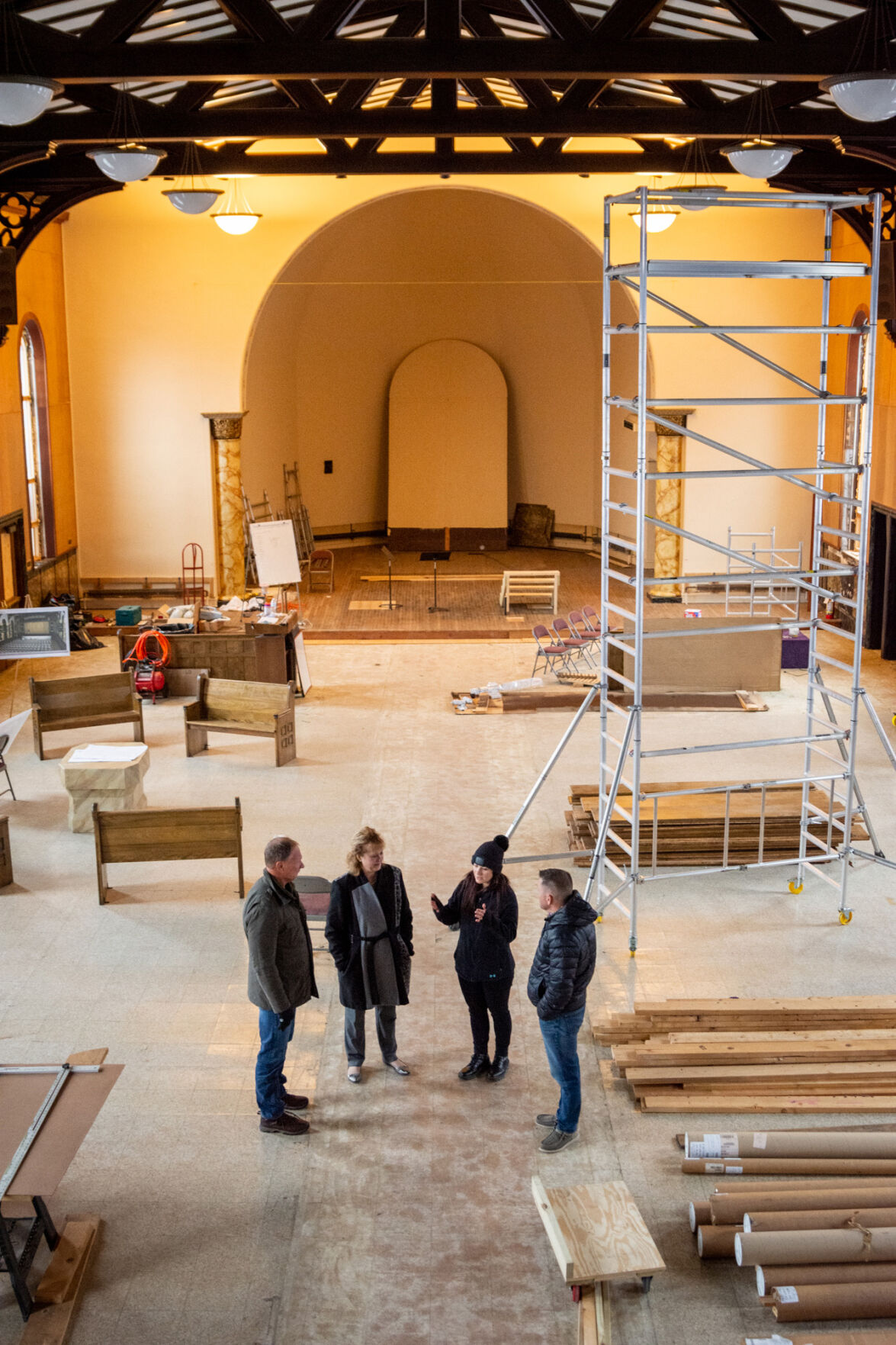 TANNER MONDOK | Herald An in progress look inside of the new location of ACTS being renovated in Sharon.

SHARON – When the Area Community Theater of Sharpsville started out 10 years ago, founding member Susan Piccirilli had to grab people off the streets to perform in its shows.

Now, ACTS has moved from a 165-seat venue to a new and improved stage that can hold 280 people on the main floor, where a new theater is being built.

“We’re ready,” said Tom Roberts, board member. “We’re ready to run as soon as COVID will allow us to fill our house.”

Although the troupe is ready to go now – members have been itching to perform for an audience since the pandemic shut them down last March after three performances of “Oklahoma!” – its goal is to have an original show as soon as this fall in the new venue, at the former Sacred Heart Church.

ACTS is converting the old church at West State Street and South Irvine avenue in Sharon into a theater. The group is halfway to meeting a fundraising goal of $200,000 to complete the work.

The church complies with Americans with Disabilities Act accessibility requirements and has a backstage, a downstairs with a full kitchen and space for a range of performances. ACTS will bring about $100,000 worth of equipment — new curtains, and a sound and lighting system — from its previous home.

The group grew out of the Pierce Opera House in Sharpsville, but could not afford necessary upgrades, including ADA requirements, to the building.

“We went and searched for a facility that would fit the mold and get us moving in the right direction,” said Tom Perman, founding board member. “ADA accessibility, a bigger space and a more manageable space.”

The group has been renting out the old church for about a year. At this time last year, it held rehearsals for “Oklahoma!” in the new space. ACTS put on the show in the Buhl Park Casino just before the state ordered performances closed due to the COVID-19 pandemic.

“This has really become exactly the perfect space between (downstairs) and upstairs,” Roberts said. “We just need to build the stage now.”

ACTS has been working for about 18 months with the Sharon-based HHSDR architectural firm on a design for remaking the church into a performance venue.

Officials from the group plan to have the stage and seating completed by fall.

While the stage and audience area is undergoing significant changes, the downstairs space needs only minor modifications. And the group has plans for that space as well.

“We want to use that space,” said Krystal Miller, board secretary. “Really, our possibilities are kind of endless right now,”

She said the group would like to hold an open mic night, which would be only for in-house members at first.

“We need to test the waters and see what’s happening in the next few months,” Miller said. “I would love by summertime, to open it up to the public and actually perform for someone. It’s been so long since we’ve all had a chance to do that.”

Since the group is yearning for performance opportunities, Miller is sure that audience members are waiting and wanting to be entertained.

Also over the summer, the group plans on using the downstairs space for youth and adult singing and acting workshops and eventually for dinner theater performances.

“Where we can partner with local restaurants where they could come in and provide the food and the beverage and we could provide the entertainment and have a nice experience,” Roberts said.

Perman said between the downstairs space and the main theater, ACTS can use the building for performances beyond its shows.

“Our main goal is to keep the doors open here seven days a week if we can,” Perman said. “We feel that the more exposure we get – whether it’s a big performance upstairs or an intimate evening on a weekend or rehearsal on a weeknight – the more opportunities are going to lend itself.”

As it approaches its 10th anniversary, ACTS has brought in $750,000 in sponsorships and tickets for performances.

“And that was in a little town, halfway between Pittsburgh and Erie on the Ohio-Pa. border,” Roberts said. “We’re still here, only now we have a better venue for accessibility and we know we have a proven formula. So if we could do three quarters of a million, now what are we going to do with two venues?”

Partly cloudy during the evening. A few showers developing later during the night. Low 59F. Winds light and variable. Chance of rain 30%.