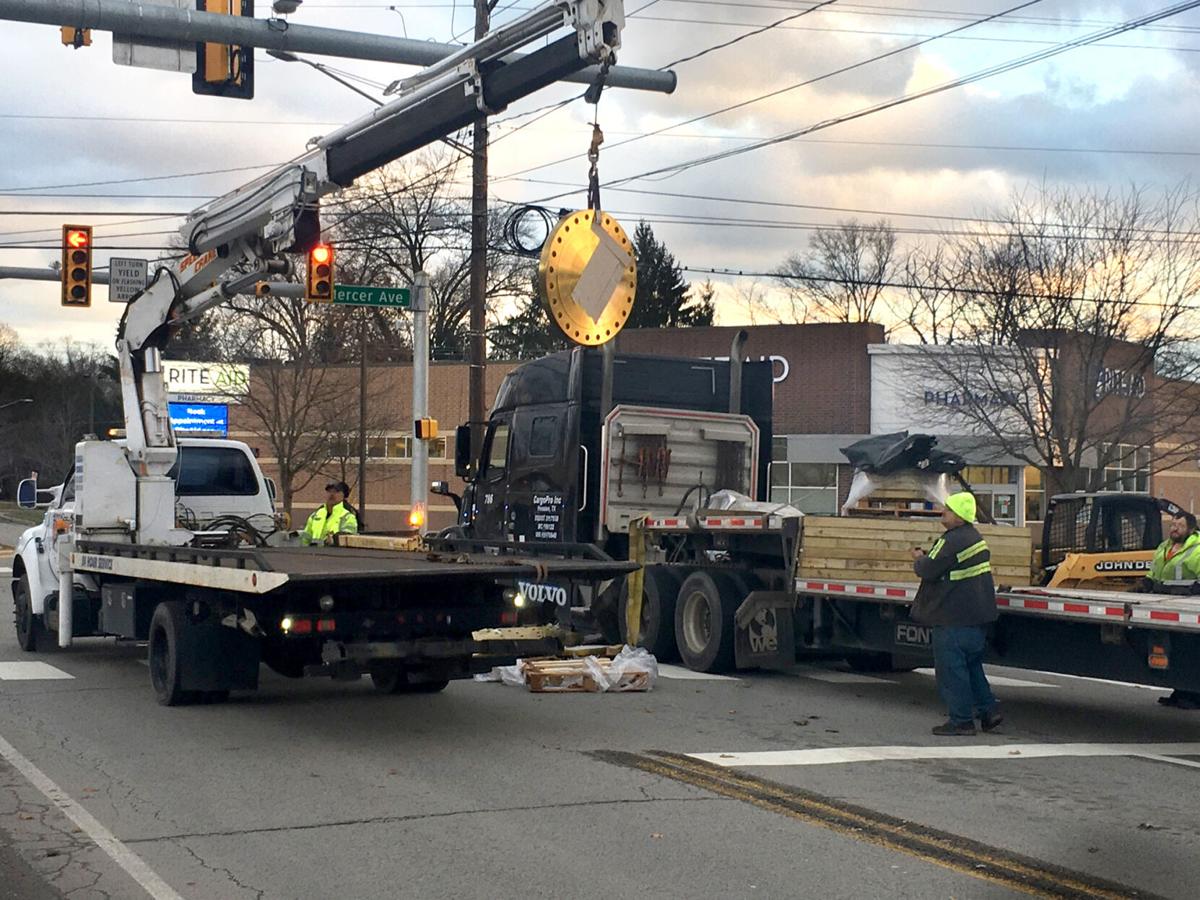 A crane hoists a one-ton metal disk into the air after a load of them came loose from a tractor-trailer in Farrell Monday. 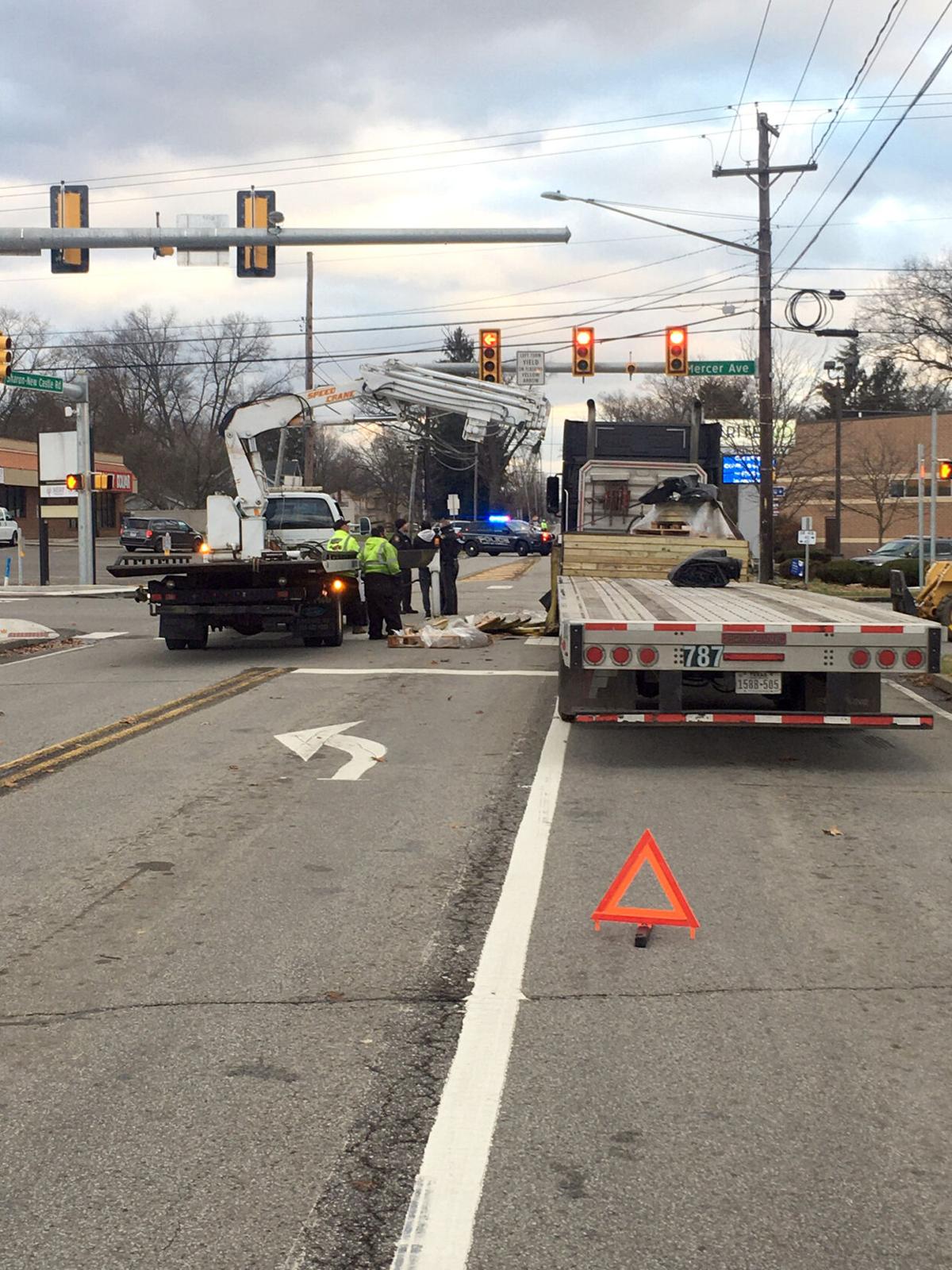 A load of one-ton metal disks came loose from the tractor-trailer on the right when it stopped on Sharon-New Castle Road for a red light at Mercer Avenue.

FARRELL — A busy intersection behind Farrell High School was closed to traffic Monday afternoon when a tractor-trailer spilled its cargo in the roadway.

The truck carrying steel plates was eastbound on Sharon-New Castle Road when the traffic signal at Mercer Avenue changed from green to red. As the truck stopped, the steel plates came loose and spilled from the trailer, Farrell police Capt. Chuck Rubano said.

About six steel plates, each one weighing roughly a ton, ended up on the ground. Some plates also fell between the trailer and the cab.

The Pennsylvania Department of Transportation and Pennsylvania State Police were called to investigate due to their experience in evaluating that type of accidents, Rubano said.

The intersection was closed to traffic while crews worked to clear the plates. Vehicles traveling along Sharon-New Castle Road and Mercer Avenue were rerouted through the parking lots of nearby businesses and a portion of Roemer Boulevard.

The intersection was reopened sometime before 5:30 p.m., according to Mercer County 911.

Scattered snow showers during the evening. Then partly to mostly cloudy overnight. Low near 15F. Winds WSW at 5 to 10 mph. Chance of snow 30%. Snow accumulations less than one inch.