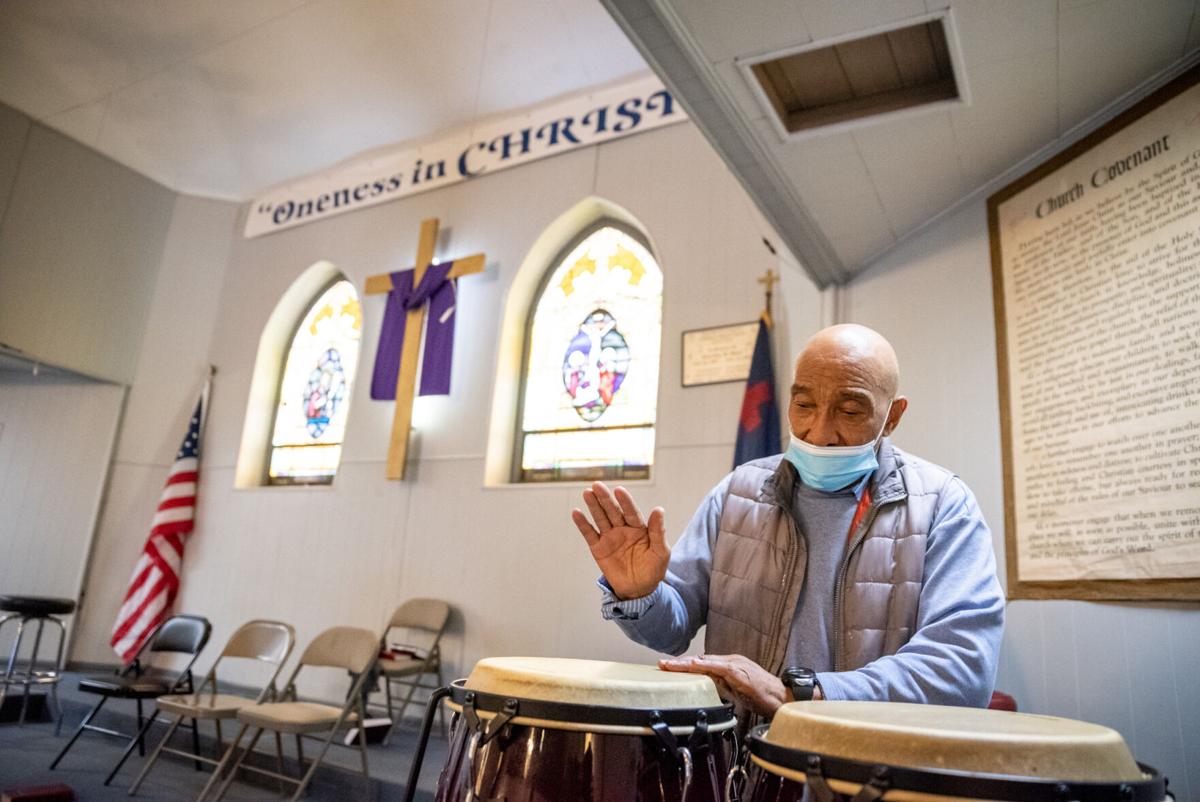 Milton Wilson plays the conga at New Beginnings Christian Fellowship of the Shenango Valley in Sharon. 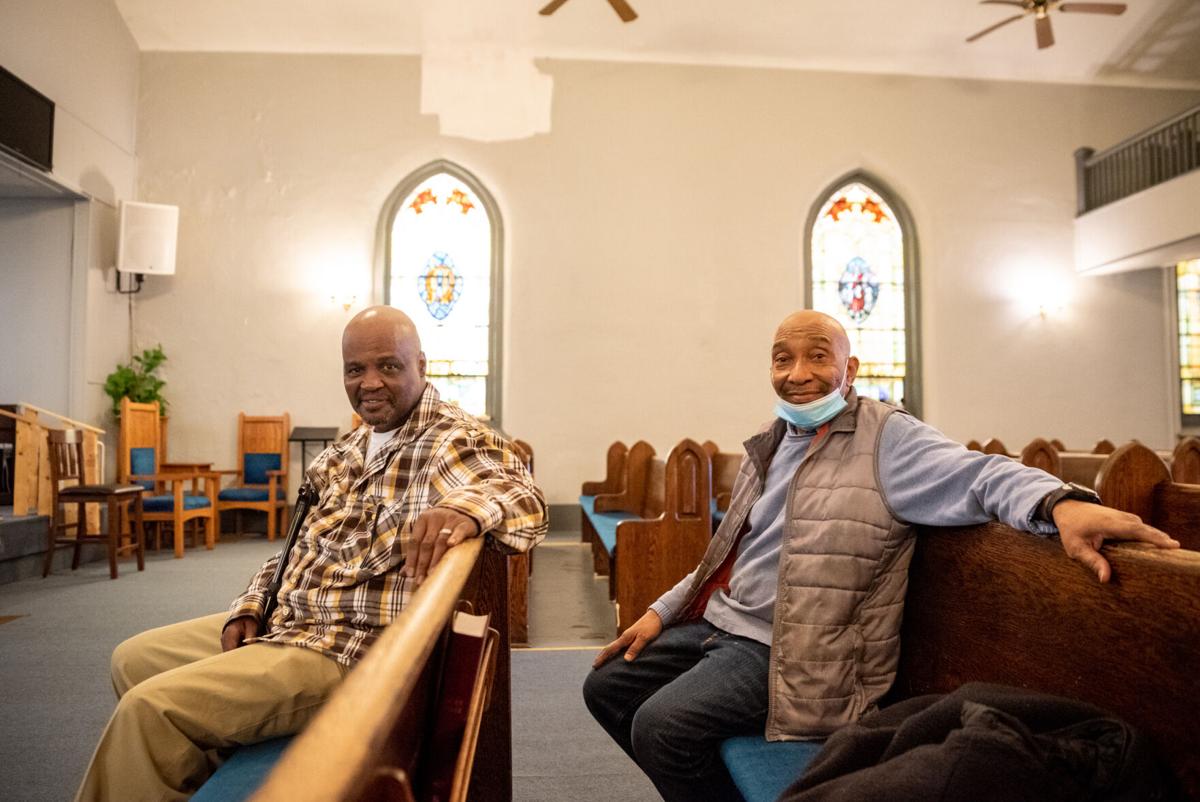 TANNER MONDOK | Herald Leon Avery and Milton Wilson pose for a photo at New Beginnings Christian Fellowship of the Shenango Valley in Sharon.

SHARON – For years, The Rev. Leon Avery has been in the business of New Beginnings, for himself and more than 100 other people.

And he’s still at it.

As pastor of the former Bethlehem Baptist Church in Sharon, Avery helped lead a church merger, which will change the mission of both houses of worship.

He saw an opportunity to merge Bethlehem Baptist with New Light Baptist Church, also in Sharon. After 19 years as a pastor, Avery said the merger wasn’t his idea.

“God gave me a vision,’’ Avery said. “Every church around us has been struggling. Why struggle when we can come together and have power in numbers?’’

It helped that the partnership wouldn’t be a mismatch. Both churches follow the Baptist doctrine.

“Our primary focus is the Bible,’’ he said.

He contacted Rev. Brian K. Johnson Sr. at New Life and discussed a merger. They decided to let both congregations vote on the proposal. A split 70-30 vote last fall approved the partnership.

Those who remain are committed to the church, he said.

“Everybody who wants to be here is here,’’ he said.

“We want to be connected to God, not a religion,’’ Avery said. “We want our church to be a new beginning for everyone.”

Church mergers, of all denominations, are a growing trend – particularly in western Pennsylvania and eastern Ohio, where a dwindling population has crunched attendance, and financial resources along with it.

The Roman Catholic Diocese of Erie, which includes Mercer County, announced a restructuring plan in 2016. Since then, the number of parishes in its 13-county region has dropped from 116 to 97.

As part of that move, the diocese announced in September that St. Adalbert’s in Farrell would cease being a Catholic church. St. Adalbert’s last full-time pastor left in 1989. Since then, the parish operated either under the care of an administrator or by sharing a pastor with other parishes until it was merged in 2017 into St. Anthony of Padua Parish, Sharon.

“It was the direction God was leading us,’’ he said.

While change might be difficult, Avery said one difference was well received. Avery said he cut down service times from more than two hours to 70 minutes.

“People will only want to listen for so long,’’ Avery said with a hearty laugh.

Sunday service got a quick boost, with more than 100 people regularly attending.

With an overwhelmingly African-American congregation, Avery said he wants to reach out to the greater community.

“We want to break that racial line,’’ he said. “Everybody is welcome.’’

There’s also a focus on revitalized the area around the church’s new home, at 858 Wallis Ave. in Farrell, which Avery acknowledges can be a rough neighborhood. Vacant homes and empty lots dot nearby blocks.

“There were two people murdered across the street,’’ he said.

“We need to make an impact here,’’ he said. “We want to make a physical impact here. And our mission is to make a spiritual impact.’’