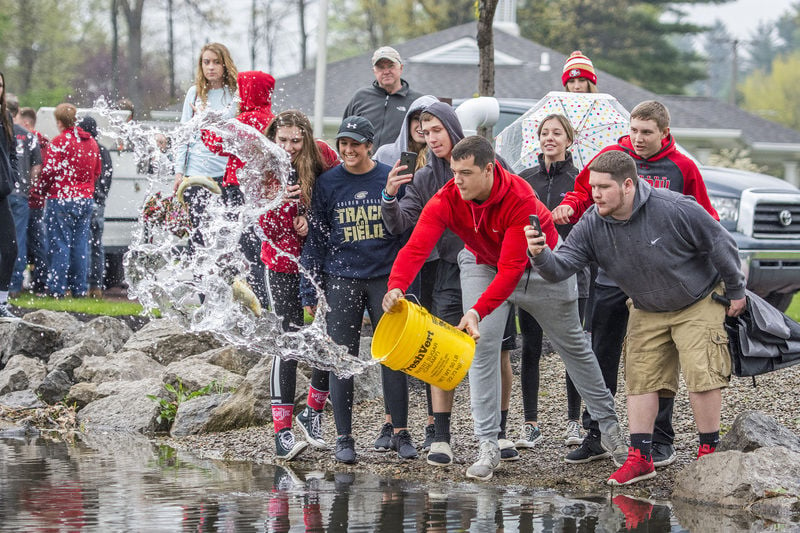 West Middlesex student Josh Porterfield tosses a bucket of trout into Lake Julia as his classmates watch and take photographs on their phones. 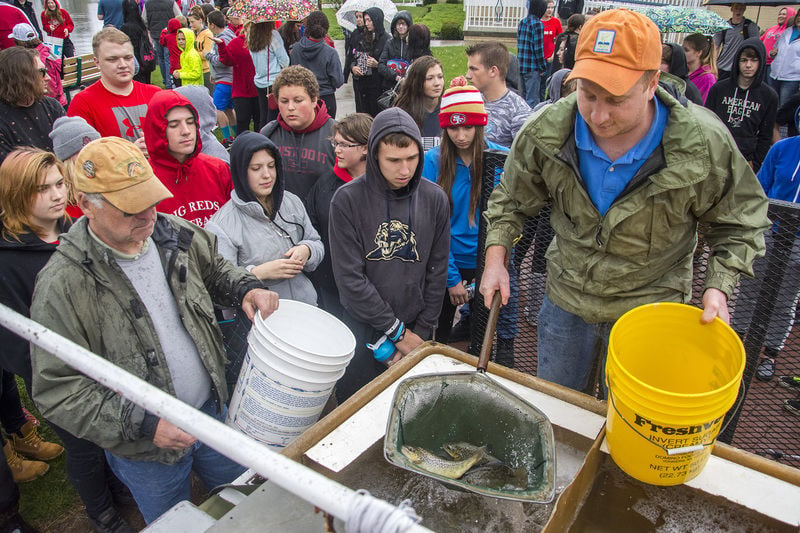 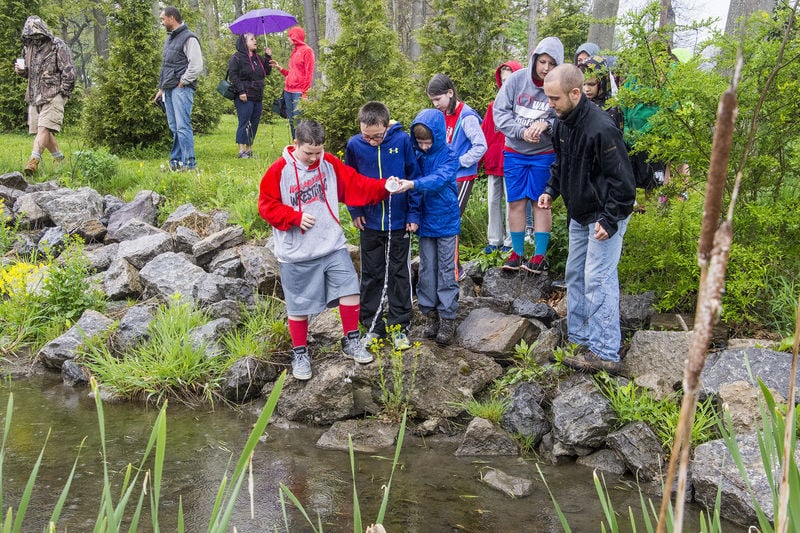 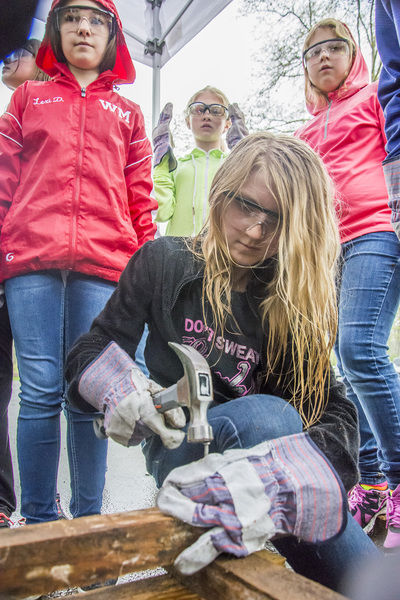 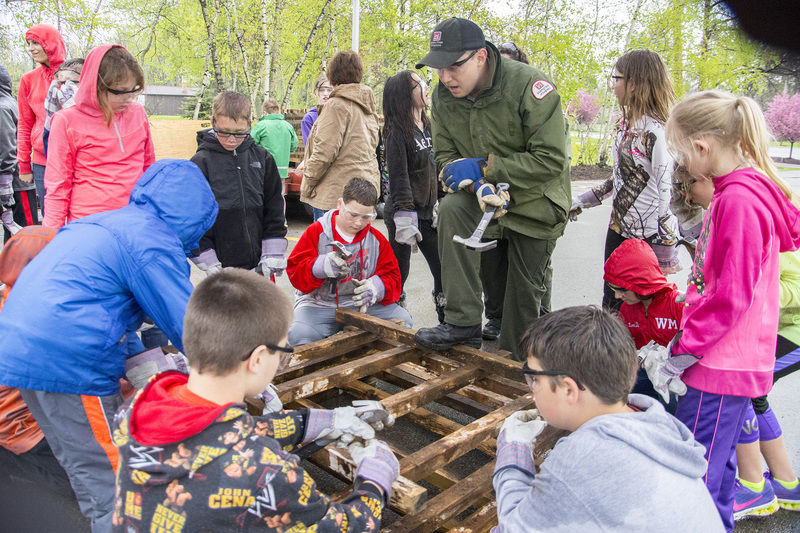 West Middlesex student Josh Porterfield tosses a bucket of trout into Lake Julia as his classmates watch and take photographs on their phones.

“It was a great experience for me and everyone,” said sophomore Michael Zrile, one of about 150 students releasing trout. “I never thought of doing this as a sophomore.”

Students reveled in the experience, racing through muddy grass to release tiny classroom-raised trout with cups and then heaving large buckets of fully grown trout, provided by Trout Unlimited’s Neshannock Chapter, into the park’s Lake Julia.

“We brought large fish as a kind of show and tell so they can see what they look like grown up,” said Bill Stevenson, head of nursery operations and trout stocking for Neshannock.

Her students Rhys Bethune and Conner Cook regaled her with the release of their classroom-raised trout, which they named “Jeff.”

“He was very active,” Bethune stated.

“And squirmy,” Cook chimed in. “As soon as we released him, he swam toward the other side of the river.”

“It was awesome,” Bethune exclaimed.

Dubbed an “environmental learning day” by administrators, Thursday’s initiative expanded from a classroom project pioneered last year through the combined efforts of the district and organizations like Trout Unlimited, Trout in the Classroom and William Basilone Jr. Memorial Fund.

“Last year they released trout (at Lake Julia) and were back here in a matter of hours,” said Aaron Pernesky, assistant principal for West Middlesex High School. “We thought, what else can we do?”

The answer, he found, was to plan about half a day’s worth of learning activities around the park with additional groups like Shenango River Watchers and U.S. Army Corps of Engineers, as well as district teachers.

“We wanted to utilize the aesthetics and science of the park as a classroom,” Pernesky said, mentioning West Middlesex is only scratching the surface of the park’s untapped potential as a creative educational tool. “Next year we plan to do a full day of learning activities in the park.”

Fifth-graders had the opportunity to build wooden fish habitats with members of the Army Corps  and learn about watershed run-off, taxonomy and photography.

High school biology students got to experience field botany and water-quality testing activities as well as a demonstration on the physics of disc golf, a Frisbee-based sport rising in local popularity, according to presenter Canyon Pratt, a West Middlesex senior.

“I want to pursue (physics) in college and spread the word about the sport,” Pratt said, grateful for the opportunity to give a lesson of his own. “Disc golf is growing around here. Buhl park has an 18-hole course.”

Students still spent several months this year raising trout from eggs in fish tanks before releasing them in a creek-like reservoir that will make its way to the Shenango River, said Brock Glass, high school science teacher,

“It’s really cool that we got to grow the fish and see them start out,” said sophomore Madelyn Bacchetti. “We went from hundreds to a small population and got to let them go and see them in their natural habitat.”

Pernesky emphasized “none of this” would be possible without the funding stream from William Basilone Jr. Memorial Fund and fund administrator Marggie Burger.

Amid concerns like staffing and the high cost of transportation, Pernesky said the district is especially grateful for the help of so many collaborative groups as the school district strives to keep negative financial impacts “away from the desk,” that is, not to affect the learning of individual students.

“Over the course of years with budget cutbacks and mandated testing, we’ve had to get creative in providing these different types of opportunities for children,” he said. “We’re happy we’ve been able to expand the number of kids participating.”