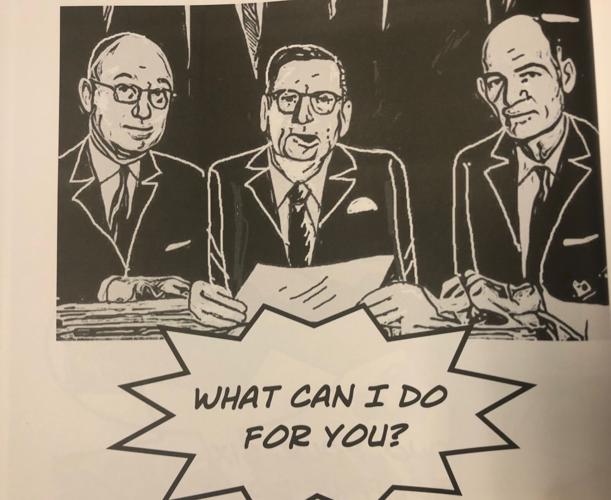 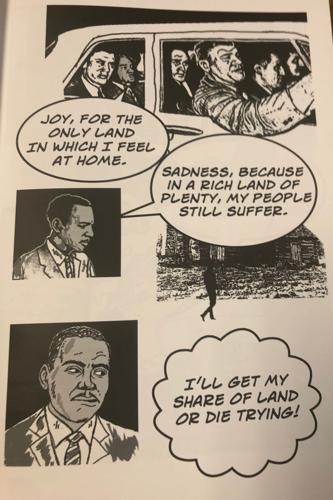 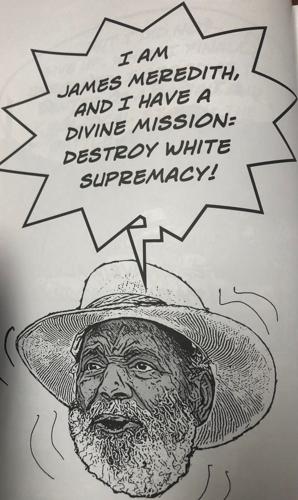 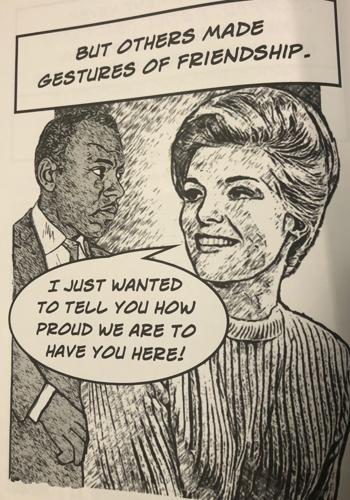 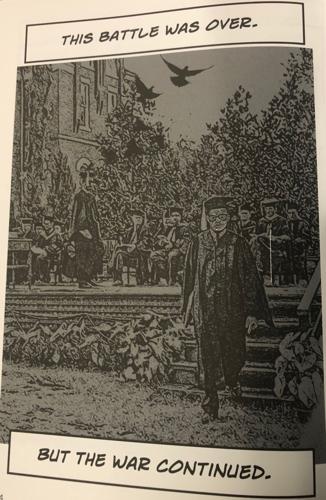 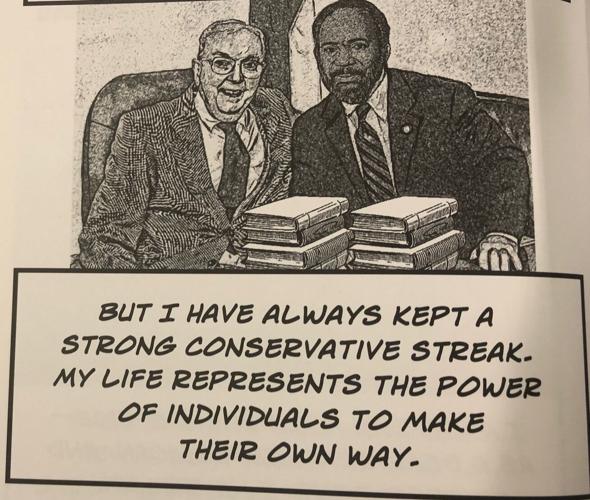 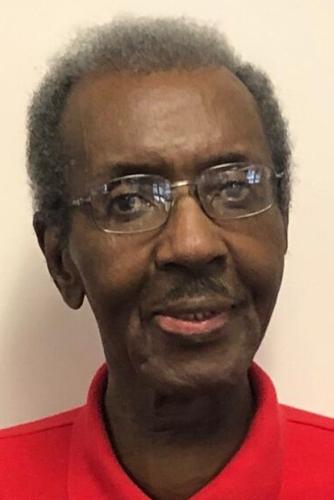 THE illustration is stark. It carries a punch, which is intentional.

The drawing on Page 7 of the book, “Man On a Mission: James Meredith And the Battle of Ole Miss,” consists of no images but 25 words, in all caps — “I, ROSS R. BARNETT, GOVERNOR OF THE STATE OF MISSISSIPPI, HEREBY REFUSE ADMISSION TO JAMES H. MEREDITH AS A STUDENT TO THE UNIVERSITY OF MISSISSIPPI.”

Those words were the act of Barnett, the segregationist Dixiecrat governor of Mississippi from 1960 to 1964, throwing down the gauntlet in his effort to block Meredith from entering the University of Mississippi — better known as Ole Miss — in September of 1962.

“Man On a Mission” tells the story of Meredith’s success in attending Ole Miss for one year and graduating from the institution after having previously attended Jackson State University, a historically Black college.

But the book, released this year by the University of Arkansas Press, packages Meredith’s story for a generation whose parents were born after what he would later call a “war.” “Man On a Mission” is a graphic non-fiction book.

That means there’s a lot riding on the artwork of Sharon resident Bill Murray.

Murray, who turned 70 on Thursday, used his artistic talent to depict Meredith in 1962 and in the present day. Murray’s drawings show Barnett and Ole Miss students who rioted and threatened Meredith to block him from attending school in a bastion of segregation in a state whose flag bore the Confederate battle flag until 2021.

Aram Goudsouzian, a history professor at the University of Memphis, wrote the text that supports Murray’s illustrations, and Vijay Shah edited the work.

In a long career as an illustrator, Murray’s artwork has appeared in a wide range of national publications, including Ebony, Jet, and USA Today, and he draws the strip “Sonny Boy” for the New Pittsburgh Courier.

But he’s justifiably proud of his work on “Man On a Mission,” which serves as a reminder that the fight for racial equality is not history — it’s current events. Meredith marked his 89th birthday this year and is still resisting white supremacy.

The book also reveals Meredith’s sometimes unexpected personal narrative. A champion of individual determinism, “Man On a Mission,” attributes a quote: “But I have always kept a strong conservative streak. My life represents the power of individuals to make their own way.”

That statement, which sounds like it could have marched from the mouth of former President Ronald Reagan,” appears in the book beneath a Murray drawing of Meredith with former ultra-conservative U.S. Sen. Jesse Helms, who started his political career as a Democrat and switched parties during the Civil Rights era.

And, thanks to Murray’s illustrations, the book tells that story in an accessible way that provides a gateway to learning more about the Civil Rights movement. Murray, having put James Meredith’s image to paper, fully understands his historical importance.

“I think things are better today for both Black and white people because of what he did,” Murray said.