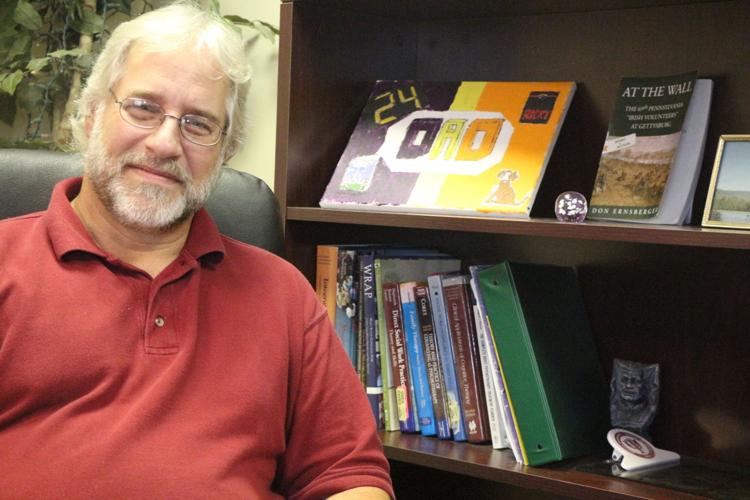 Counselor Dan Ayres, of the Nulton Diagnostic and Treatment Center in Richland Township, Cambria County, says both bullies and their victims often reflect behaviors that reflect the desire to have inclusion in a peer group. 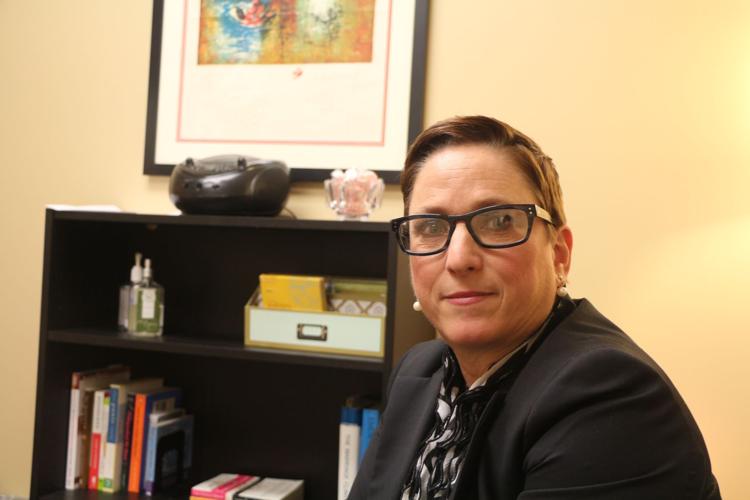 Johnstown psychologist Mary Berge discusses the effects of bullying during an interview Sept. 7, 2017.

Many children targeted by school bullies often keep it to themselves, but experts say it is important to involve adults.

The Center for Health Promotion and Disease Prevention in Johnstown leads anti-bullying programs across the state. Manager Shiryl Barto said parents and teachers can spot signs of trouble.

"Watch for change of habits," Barto said. "They don't want to ride the bus, or they don't want to walk to school when they used to like walking. Any change in routine should be investigated."

Parents can talk to teachers or their child's friends to see if they noticed a change in behavior, she said.

Other signs may include loss of appetite, anxiousness, angry outbursts or coming home with torn clothing, damage to belongings or without belongings.

Cyber bullying through social networking and electronic messaging is a growing concern. Although studies show it still is not as prevalent as traditional bullying, the 24/7 nature of social networks makes that avenue more insidious, counselor Dan Ayres said at Nulton Diagnostic and Treatment Center in Richland.

"I think cyber bullying is a big deal," Ayres said. "Unlike our generation, kids today rely on social media as a big part of their social network.

"We went home to our safe space. Unless they called you up on the rotary phone, they didn't have access to you."

The technology makes it more difficult to identify the tormentors, he added

"Anonymity is also very insidious," Ayres said. "Years ago, war was fought by people with swords. Now it's nameless fingers on a buttons and bomb dropping. It's kind of the same thing. People are less likely to do those things in person."

Communication is key to helping children who are bullied, as well as those who are the bullies, Johnstown psychologist Dr. Mary Berge said.

"If you suspect your child is the victim of bullying, the best way to approach the conversation with your child is actually indirectly, as your child may be afraid to open up about it," Berge said. "For instance, asking your child if there is anyone at school that they are having trouble getting along with, or don’t like, or that others don’t like."

Parents can also ask if the child has noticed any bullying in school.

Both Ayres and Berg urged parents to monitor their children's social network interaction.

"Your No. 1 job as parent is to make sure your children are OK," Ayres said. "Parents sometimes are too concerned about being their children's friends – forgetting they have lots of friends. They need a parent.

"It is the parents' responsibility to monitor everything about their children. If they are paying for the phone, the phone belongs to them, not the child."

Berge says parents need to know what social network phone apps their kids are using. There is more than Facebook, she warned, citing an app named "After School."

"It looks innocuous," she said. "It might be homework. 'What are you doing after school?' But it's where the parties are going to be, and who's going to be picked on. There is some crazy stuff out there."

Kids should 'tell an adult'

Schools and parents must create environments of open communication — where children can feel comfortable talking about bullying, the experts say.

“Talk about appropriate relationships with their peers from a very, very young age,” Barto said.

Not only will that help children feel comfortable about sharing their experiences, it helps them understand how they should treat others and expect others to treat them.

Parents of children accused of bullying should continue to talk to the kids about appropriate relationships, she added.

“Let them know there are other ways they can get what it is they are after,” she said.

Parents can contact the school if a child says he or she is being targeted, but the parents should also continue the conversation with their child, Barto said.

“Parents can talk over some strategies that may have worked for them,” Barto said. “But mainly let them know you care and there is nothing they did that warrants this behavior; this treatment.”

For students being bullied, it's best to get as much help as possible, Barto said.

There are other strategies that can help deflect the bullying. Berge said standing up for oneself is critical.

“This does not, however, imply fighting back with aggression,” Berge said. “It means repetitively doing things that reduce the bully’s desire to target the intended victim.”

Walking away, ignoring the taunts, telling the bully to stop and being surrounded by supportive friends can be effective, she said.

“We try to convey that message to all the students,” Stiffler said. “Stand up for what is right. Convey the message to the bully that this behavior is not tolerated. It's not cool.”

Children accused of bullying should also be reassured that the accusation does not mean they are bad kids.

“It's a behavior,” Barto said. “We can change our behavior.”

Barto had these final words for parents and others dealing with children:

"Always remember that bullying is a very serious situation and should never be ignored. If you suspect someone is being bullied, it is your responsibility to try to help them. So act quickly and help stop the problem before the child is harmed further.”