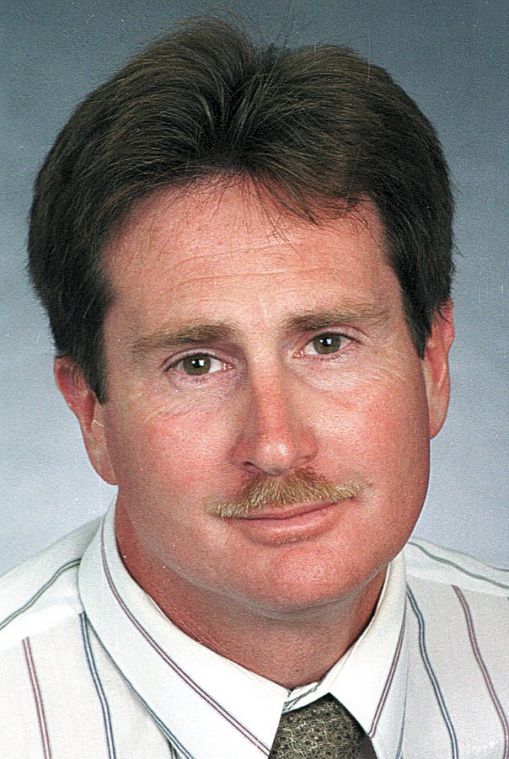 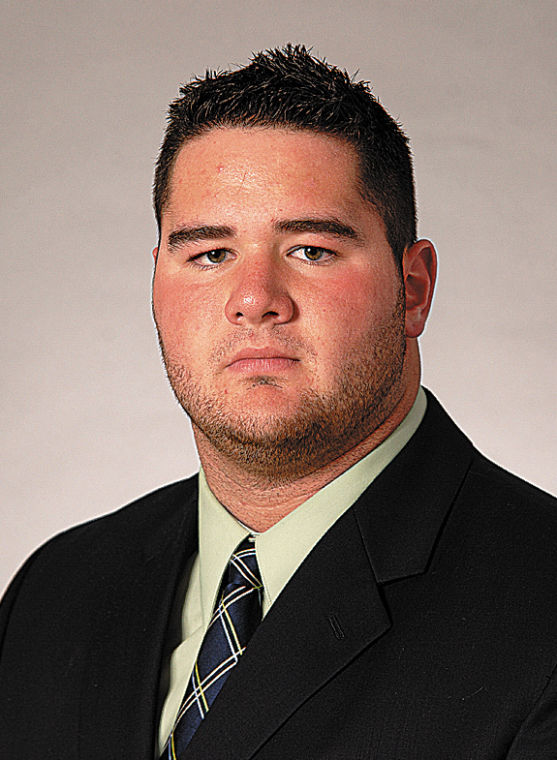 By Ed Farrell Herald Assistant Sports Editor VILLANOVA UNIVERSITY may not be included with Oklahoma, Florida, Southern Cal, Texas or even Utah among America’s collegiate football hierarchy, but it has enjoyed its share of success. The suburban Philadelphia program can count among its alumni former Oakland/L.A. Raiders’ All-Pro defensive end Howie Long and current Philadelphia Eagles’ multi-purpose back Brian Westbrook. And now Greenville High graduate Phil Matusz is making his mark on the Main Line after enjoying a stellar season for head coach Andy Talley’s Wildcats. Villanova (10-3) advanced to the Football Championship Subdivision (formerly NCAA Division I-AA) quarterfinals before being eliminated by James Madison. “It was a good season; we did pretty well as a team throughout the year,” assessed Matusz, a 6-foot-3, 301-pound redshirt-junior nose tackle. Following a season-opening setback to West Virginia University the Wildcats won 5 straight, including then FCS top-ranked Richmond. Then after losing a last-second home-field heartbreaker to James Madison ’Nova notched 5 more wins, clocking Colgate (55-28) in its playoff opener. Matusz, who plays head up over the center in the Wildcats’ 3-3 formation, enjoyed some of his best work against the best competition, including WVU this season and Maryland a year ago. “Seeing those bigger Division I-A schools, playing in front of that many people was exciting and really gave me a chance to get out there and measure myself,” said the communications major. “We thought WVU had, maybe, the number one offensive line in the country ... and we held our own and it was one of my better games of the year, in my mind. And every year I seem to play well against James Madison — ever since my freshman year, I’ve managed at least four tackles — and I felt I had my best game against them both times (in ’08).” Though he will earn his degree in May (Matusz maintained a 3.42 grade-point-average last fall), he will utilize his remaining year of athletic eligibility while completing 8 courses toward a second major in geography. “I’m excited for next season,” admitted Matusz, a son of Alice and Dan of Greenville. “We have everyone coming back coaching staff-wise (including defensive coordinator Mark Reardon and line coach Billy Crocker) and a lot of starters coming back. ... We have some big shoes to fill along the D-line, but I’m sure we can get one of the younger guys to step up.” And he’s also keeping open the option of playing at the next level following his senior season. Matusz will partake in a mini-NFL Combine this spring after some serious weight training this winter, spring ball (March 12 to April 5), graduation, summer courses and more weight-room work. He hopes to reach the 315-320-pound plateau after playing at 275 as a scholastic senior for Trojans’ taskmaster Bob Stone. “You always have that dream of playing at the next level, but I’m just trying to keep my head on straight and be humble about it,” related Matusz, who admitted, “My goal eventually — hopefully — is to play, but our motto that we go by is ‘one game at a time.’ Coach Talley has told us that you can’t look forward to the next game ’cause you’ll lose the game at hand. “So I’m just planning on this offseason, buckling down, training with our strengtht coach (Justus Galic) — by far, he’s one of my favorites; if it wasn’t for him I wouldn’t be where I am as far as physical shape and I owe a lot to him — and whatever comes next year. ... I’m just going to bust my butt in the offseason, then next season hopefully get a couple looks. Whatever God holds for me ... ” His senior season will offer opportunity for his parents to see the country again next autumn. While Matusz’s younger brother Patrick played this past fall on Friday nights for Greenville, it sometimes required one or both of his folks to leave immediately and travel through the night to arrive on time at the site of Villanova’s Saturday kickoff. “At Villanova, the education I’ve gotten and the friends and support, not only from the university but how much my family (including older brother Paul, 25) supported me. ... It was always good having my parents there,” Matusz said, noting that familial feeling extended to the Wildcats’ program. “ ... The family thing is a big part of it, including the coaches. We all were just a close group, especially the seniors, who you lean on. Some are going on and not coming back for a fifth year and I’m a little upset about that, but it happens with every class that comes in,” Matusz mentioned, concluding, “Coach Talley harps on ‘brotherhood.’ He says it’s all brothers who we’re going to be with (in the football program), and that’s how we were successful this year. We were a real close team.”