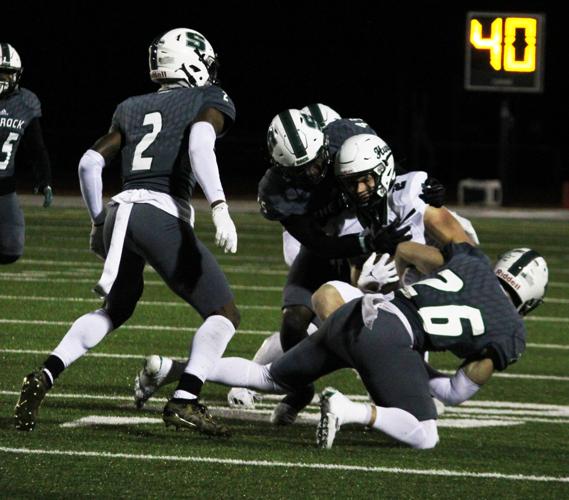 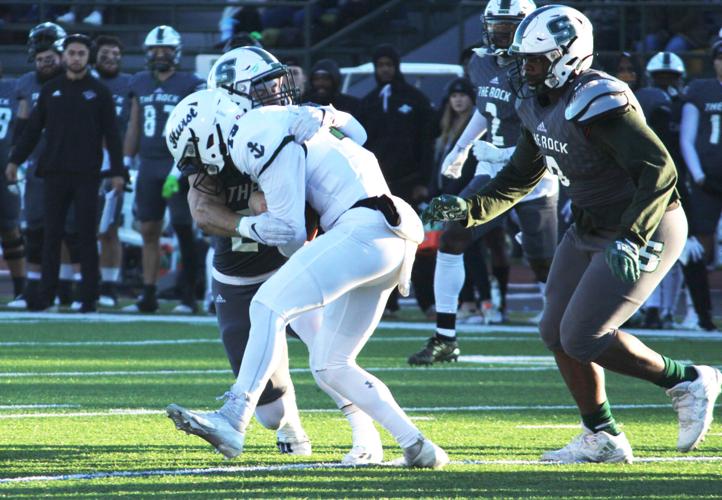 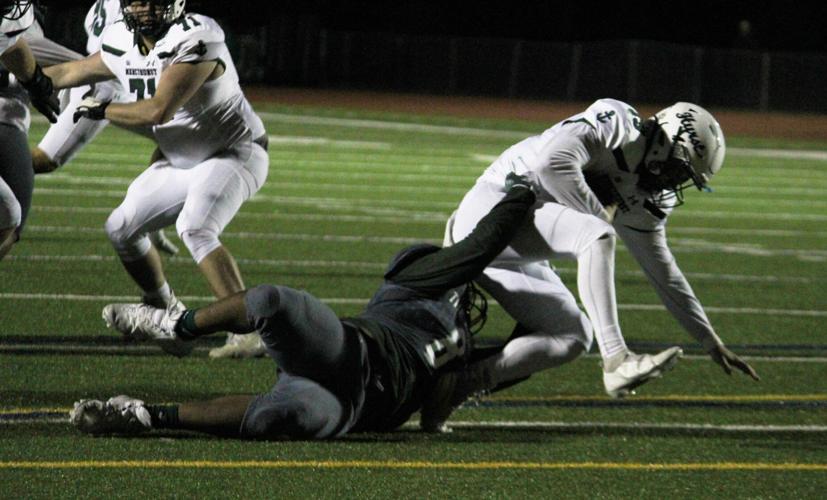 SLIPPERY ROCK – At the start of the season, Slippery Rock football coach Shawn Lutz knew the 2022 squad would be slightly different from years past.

The Rock had built a playoff contender on explosive offensive, scoring opponents the past few seasons. But when the key players on offense graduate, Lutz realized it was time for the defense to step up.

And the stop group has throughout the regular season.

The Rock finished the regular season with the ninth-best defense in Division II in terms of points allowed (14.5). SRU is 12th in DII in yards allowed (2,901) and tied for 13th in touchdowns allowed (21).

The improved defense bought some time for the new offensive players to adjust to their roles. The Rock allowed 60 points total to their first five opponents. During that stretch, the only loss the Rock suffered came in a 20-12 defeat to rival Indiana University (Pa.) on Oct. 1.

“The defense has been outstanding this year, it really has,” Lutz said. “In this day and age, everybody likes to score points. These high-powered offenses and everything like that. When it comes down to it, at the end of the day, you win up front.”

The defense is led by its front. Defensive end D.J. Adediwura is second in the PSAC with 10.5 sacks and fifth in the conference with 16.5 tackles for loss.

The Rock rank 12th in DII in rushing yards allowed (75.9 yards per game). That tough early-down defense forces teams into long third downs, allowing Adediwura and the other D-linemen to pin their ears back.

The defense also got a lift from the transfer portal. One of those tranfers was linebacker Brandon Tuck-Hayden, who came from Wayne State (Mich.). Tuck-Hayden leads The Rock with 81 tackles, good enough for 15th best in the conference.

Tuck-Hayden will see his first postseason action on Saturday when SRU travels to play Assumption University in the first round of the playoffs.

The Assumption offense enters 105th in Division II in points per game (22.9). The Greyhounds also rank in the bottom-third of DII teams in touchdowns (29).

“Once we knew we were in the playoffs, it was like a whole new life,” Tuck-Hayden said. “It’s one and done. Can’t play around.”

The Rock will kickoff in Worcester, Mass., at noon on Saturday. The winner will play Shepherd or New Haven on Nov. 26 in the second round.

“The goal is to always get in the dance, compete for a national championship,” Lutz said. “We lost a lot of seniors last year – I think it was 23. I always use the saying, ‘We don’t rebuild. We reload.’”