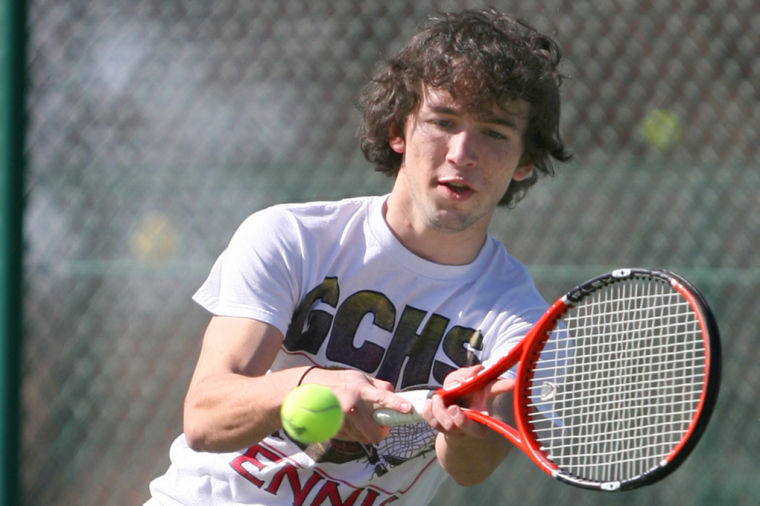 Grove City's Matt Kiser is pictured in a match from April 2. 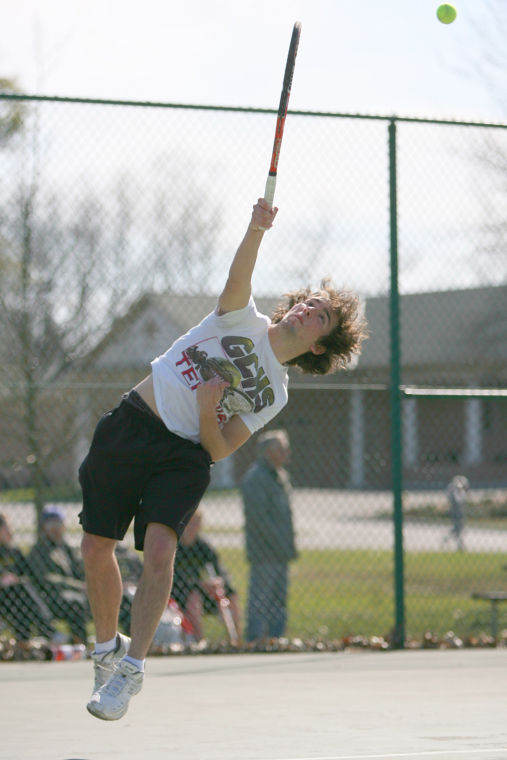 Grove City's Matt Kiser is pictured in a match from April 2.

By Corey J. Corbin Allied News Sports Editor Grove City High senior Matt Kiser turned many heads during his final season in black and gold for boys tennis coach Lorraine Gilson. One such head was 10-year Penn State-Behrend coach Jeff Barger, who convinced Kiser to continue his academic and athletic careers with the Lions in the Allegheny Mountain Collegiate Conference. “They really didn’t talk to me (after the District 10 singles and doubles tournaments),” said Kiser, who chose PSU-Behrend over Westminster and Allegheny. “The coach sent me an e-mail that said that he saw me play and would like to have me on the team.” The son of Larry and Val Kiser spent much of the 2008 season undefeated and eventually found himself in the district semifinals for the 2nd straight year. A week later, Kiser and junior teammate Josiah Welker earned the top seed in the D-10 doubles tournament and advanced to the finals where they fell to 2nd-seeded Thomas Shuttleworth and Jake Batchelor of Fairview 6-1, 6-7(7-4). Kiser also led the boys soccer team to the District 10 Class AA semifinals after upsetting Warren in overtime in the 1st round. “It was a pretty easy year,” said Kiser, who would like to find a major in either the computer or accounting fields. “There were some guys out there that gave me some competition, so it was pretty fun. That’ll make me miss it even more. I won’t be able to try for (a state championship) one more time.” Kiser, though, has no plans to give up soccer. “I was going to play soccer at Westminster, but I changed my mind at the last second,” he said. “I’m not really giving (soccer) up. I’m planning on talking to their soccer coach about, maybe, trying out for the team.” When looking for a collegiate home, Behrend became the choice for several reasons: “I was looking at colleges, especially ones that were near by,” Kiser said. “Penn State jumped out at me and I wanted to go there. It’s close to home, but not too close; I like the campus; some of my friends are going there, so I decided to go there.”

Francis Leo, 91, formerly of Hermitage. In accordance with Leo's wishes a private gathering for his family will be held at the SAMPLE-O'DONNELL FUNERAL HOME, 555 E. State St., Sharon. Entombment: St. Rose Cemetery in Hermitage. Friends may view the obituary and send condolences to Leo's fami…

Francis Leo Ryan, 91, formerly of Hermitage, passed away Saturday morning (Jan. 18, 2020) at O'Neill Healthcare in Bay Village, Ohio. He was born on June 8, 1928, in Sharon, and was raised by his mother Grace and her husband Charles Otte. Leo was an alumnus of Sharon High School and Youngsto…